What is your definition of success? The dictionary defines it as: “A person or thing that achieves desired aims or attains prosperity.” One local businessman, Joseph Cozart, Owner of Teachout Security Solutions has met that definition, after growing his company from 50 employees to 500. Now at seven locations, Teachout Security Solutions provides uniformed security officers at facilities throughout the U.S. and Canada. Of course, it took a whole lot of hard work and perseverance to get there. 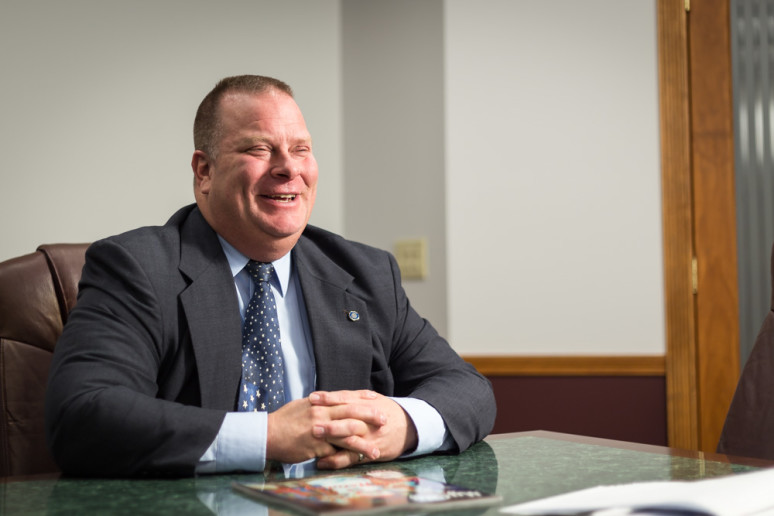 Born in Flint and raised in Flushing, Cozart graduated from Flushing High School. Married to Kim, he has two adult children and his first grandchild was recently born. He attended Mott Community College’s Criminal Justice program. In 1985, he started working at B.K. Teachout Investigations as a security officer at 19 years old. “I wanted to be a police officer,” Cozart remembers. “But, I continued progressing through the ranks at Teachout.”

Bernie Teachout was the founder of B.K. Teachout Investigations, which he started in 1981. A former Genesee Sheriff Deputy, Teachout decided to get into the private investigation and security business. When the county experienced some layoffs, he started his own company. He was a role model for Cozart and took him under his wing. “I was his right hand,” Cozart remembers. “I just didn’t realize it at the time.”

Cozart had reached a point where he had to make a decision about his future, and met with Teachout to discuss future options. He told Cozart that he was thinking about retiring and selling the business. He asked Cozart if we was interested in buying it. “You know I don’t have the money; I’ve been working for YOU for the last ten years!” Cozart joked. But, it was an offer that he definitely wanted to pursue. “I went to every bank in town,” he remembers, “but I didn’t have any collateral.”

Cozart’s parents helped him realize his dream by loaning him the funds for a down-payment, and he bought the business on land contract. He remembers standing in line at the bank to obtain a line of credit, thinking, “What if I fail? My parent’s home is at stake. If I mess this up, where will my parents go? Where will I go?” He also remembers Teachout telling him, “Joe, I know you’ll make this work.” Cozart replied, “What makes you so sure?” Teachout answered, “You don’t have any other choice.”

With a lot of hard work and long hours, Cozart did make it work. “There were many sleepless nights,” he admits. A self-proclaimed procrastinator, he feels that often worked in his favor, giving him time to think things through. “Now, I have seven offices!” he exclaims. His offices are located in Indianapolis, Saginaw, Lansing, Southfield, Kalamazoo and Jackson, with the headquarters in Flint. Teachout primarily provides security officers for the health care industry, but also in other settings including industrial, educational and banking operations.

What’s the secret of his success? “The Bernie Teachout Principles,” Cozart shares. “His principles were the foundation of my success. First and foremost is the reputation of the company – we’re a boots on the ground, uniformed security office.” And, they built up clientele “the old-fashioned way,” knocking on doors and spreading the word about the business. “We started with small clients and built up our résumé. There is no easy way,” he shares. “We did a lot of networking and I have an absolutely great staff. None of this would have been possible without the staff.” 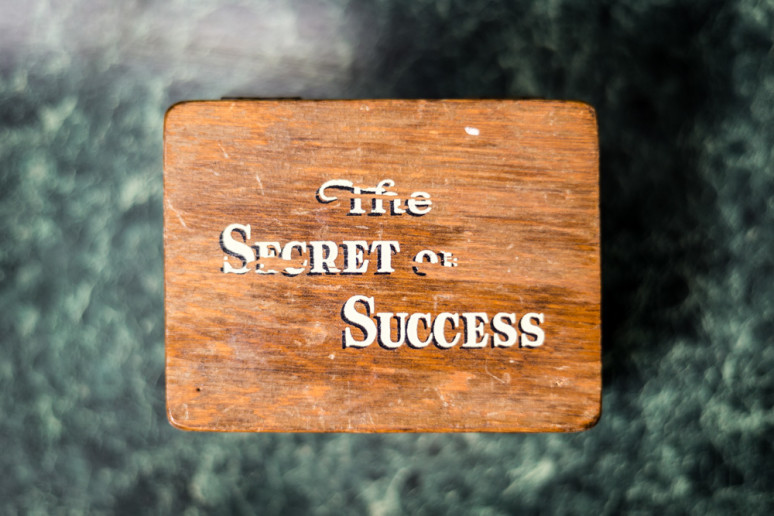 “I was very lucky and blessed, and was taught we should all give back and help the next generation prosper.”

Cozart is also very involved in the community. “It’s part of my upbringing,” he explains. “I was very lucky and blessed, and was taught we should all give back and help the next generation prosper. He joined the Flint Optimist Club in 1996, where he enjoys the opportunity to work with youth. He is also a Boys and Girls Clubs board member, and supports many other organizations. “Community service is a big part of my life,” he says.

What does the future hold for Teachout Security Solutions? According to the owner, the future looks goods due to acquisitions made in the last five years that helped the business to grow. And while the security world is scary right now due to a lack of respect for those in uniforms, the security officers are highly trained. “They’re prepared for the work they do,” says Cozart. There are also plans for the company to expand nationally, with third-party administration. “The plan for this year is to increase sales in our Indianapolis office,” says the owner. But having his home base in Flint means a lot to Cozart. “Flint has had its ups and downs, but it has been good to me and my business. We feel it is our responsibility to give back and help make Flint a better place.”

Bernie Teachout passed away about seven years ago, but his words of advice and encouragement still linger in Cozart’s mind. On his desk sits a small wooden box that belonged to Teachout’s founder. On top of the box are the words: The Secret of Success. Inside the box, you find just one word: WORK! What’s Cozart’s advice to those who wish to own a business? “Be passionate about what you do and diligent in going after what you want. You can succeed! Don’t let naysayers convince you otherwise.”