It’s no wonder The Red Baron Brew Pub & Tap Room in Burton took four My City Magazine City’s Choice Awards this year – in the categories of Best Beer Selection, Bloody Mary, Service and Late-Night Dining. According to many of its regular and longtime customers, it’s the place to go for good conversation, a cold beer and some fresh, hearty pub fare. Known years ago as the Golden Coin, the neighborhood bar was purchased in 2006 by Churchill ‘s restaurant owners Johnny Saites and his cousins Taso, John and Bill Gravanis. And why is the place such a favorite? “We do something different,” Johnny explains.

When the cousins first took ownership, craft beer was not as popular as it is now. Bill started making beer on site, and now grows two different varieties of hops outside the restaurant: Centennial and Cascade. The two hand-crafted brews are stored in Woodford Reserve bourbon-aged barrels, which gives it a unique flavor. “Bill’s beer is really nice,” Johnny admits. Now, craft beer has become extremely popular and customers love the variety in The Red Baron tap room. On tap is a wide and ever-changing selection of beers from all over, including local favorites from Michigan brewers Shorts, Founders and Bells.

Good brews aren’t the only thing you will find at The Red Baron – the eatery also has a full menu. “The burgers and steaks are very popular,” Johnny reports, adding that the Twisted Chicken Sandwich – grilled chicken piled high with bacon, ham and Swiss cheese on a soft pretzel bun with lettuce, tomato and mayo – was so popular, they started serving it at Churchill’s, as well. Meat for the burgers is fresh and the buns are locally made. The New York select-cut steak is expertly char-grilled and the fish and chips – hand-dipped, beer-battered cod – are a “must try” as well as the chicken tenders, which are “breaded to perfection by the Baron himself.” 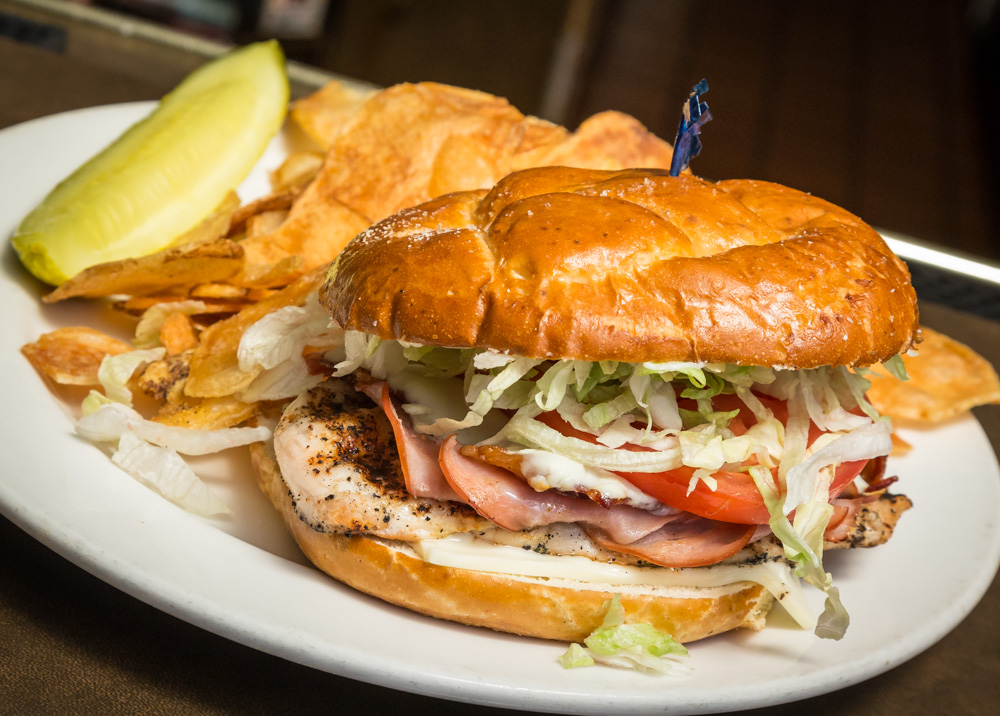 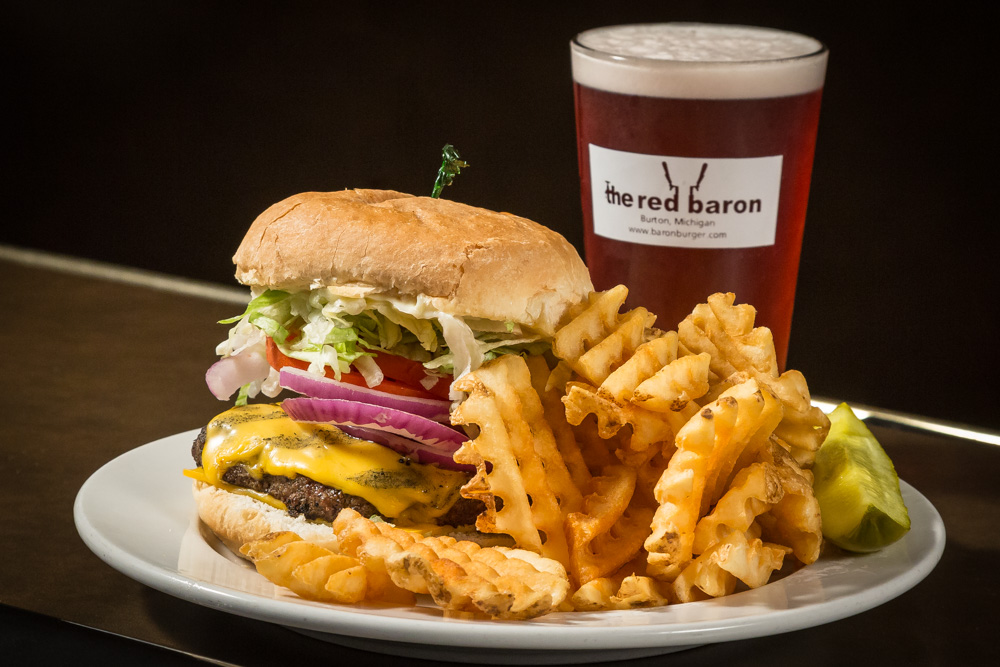 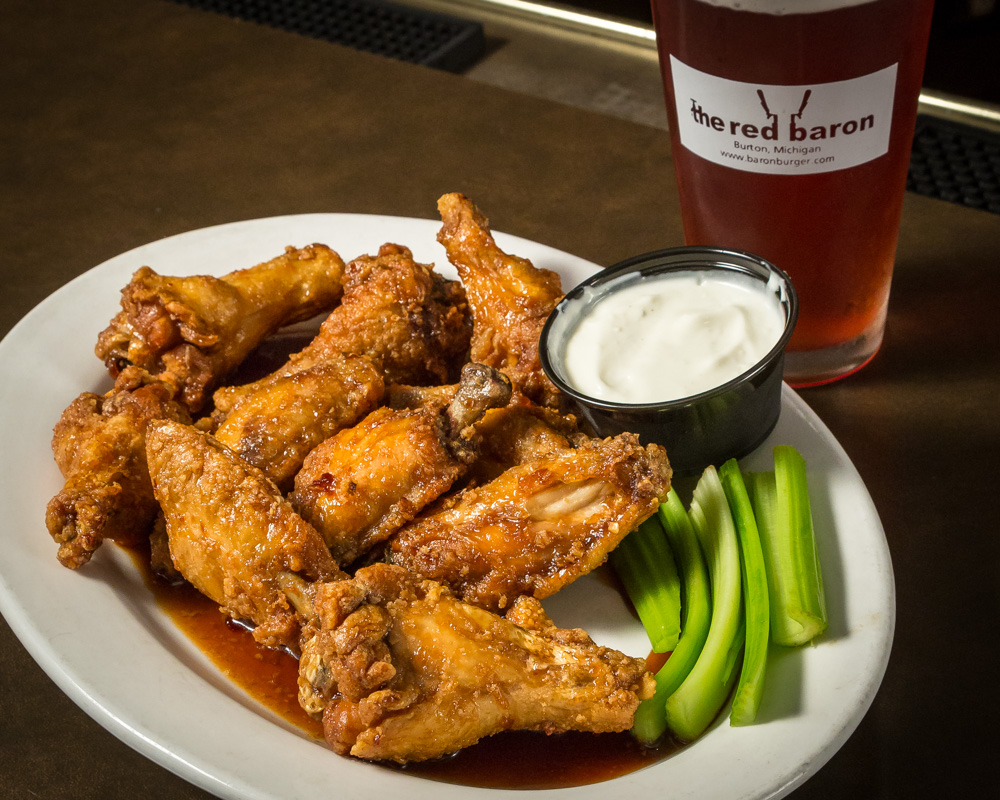 The late-night dining started when the restaurant first opened, because of the push from the GM crowd, who wanted to eat a good meal after working a late shift. Food is served at The Red Baron until 1:15am to the slew of late-shifters, hungry after a hard day’s work. “They don’t want fast food. Here, they get really good food,” boasts the owner. 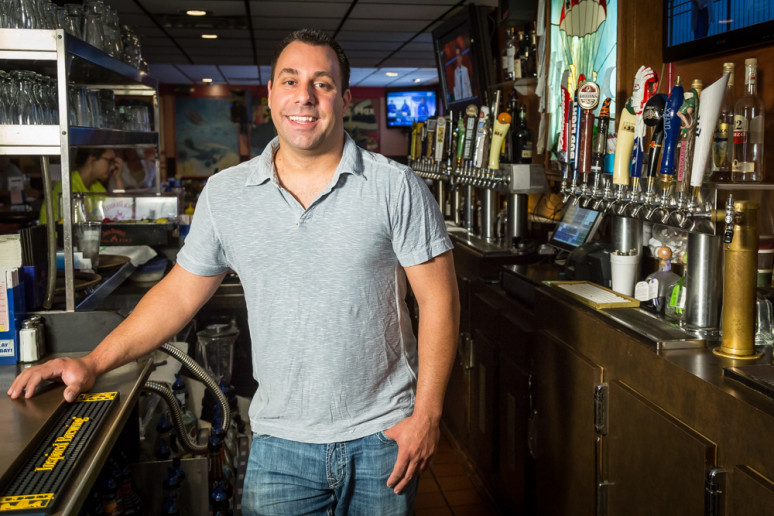 “It’s a ‘Cheers’ atmosphere for sure. It’s a destination because of its location, and we have a lot of regular customers.” Johnny Saites

Johnny claims that the service is so good at The Red Baron because the waitstaff, bartenders and cooks are longtime employees. “We’re like a big family here!” he exclaims. “Kim, Jen and Carley have been here and Dave’s been cooking here since day one.” Justin, George and Erik, the Evening Manager, also share kitchen duties.

At The Red Baron, everyone knows everyone. “It’s a ‘Cheers’ atmosphere for sure,” Johnny says with a smile. “It’s a destination because of its location, and we have a lot of regular customers.” One longtime patron, Kasey Breslin, even had her wedding reception there in April. Her husband to be, Steve Breslin, was in the military and headed to San Diego, California. “We planned the wedding in eight days and held the reception at my favorite place,” she says. 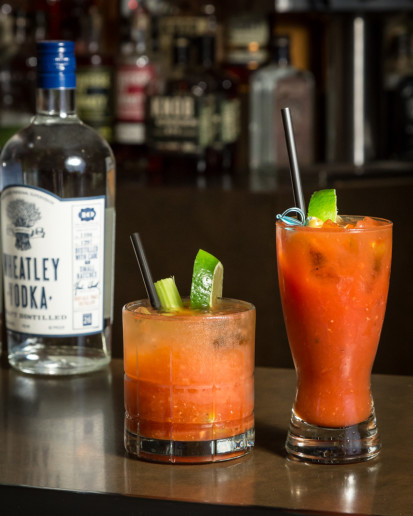 And, she loves the food! “The wings are the best,” Kasey admits. “I come in every Thursday for Wing Night. The hot wings are the most popular and Taso makes the delicious General Tso sauce, a customer favorite.” The fresh, organic chicken is breaded in-house with Bill’s breading, and served with house-made blue cheese or ranch dipping sauce. “People love our wings!” Johnny boasts.

The Red Baron has a full bar that offers 50 varieties of vodka, a nice range of tequilas, whiskeys and more. The Bloody Mary is wildly popular, made with Cousin Taso’s special recipe (it’s a secret) and Wheatley Vodka, a craft spirit that is distilled a total of ten times, triple filtered, and has a clean, crisp and fresh taste. The award-winning cocktail is garnished with lime, olives and celery. “We keep it very simple,” Johnny explains. “If you put too much in it, you lose the flavor of what you’re drinking.”

What makes The Red Baron a local favorite are its many longtime customers, Johnny adds. “I want to thank everyone who has supported us over the years.”