After the establishment of the Michigan School for the Deaf, the building of St. Michael’s Catholic Church, and 44 years after Jacob Smith built his trading post at the Grand Traverse of the Flint River, the growing village of Flint became a city. After reaching a population of 2,000 in 1855, Flint was quickly becoming a center of commerce and industry in Michigan. Soon after being incorporated as a city, the first municipal elections were held on April 2, 1855 in the city’s three early wards. The next day, Grant Decker became the first Mayor of Flint.

This series will chronicle each of Flint’s mayor’s throughout history, providing a short account of their professions, lives and decisions made in office (if known). Some were men/women of great deeds, some of great controversy. Some simply acted as placeholders in time. Each of them, however, chaired a city important to its country and citizens on its path through triumph and heartbreak, and toward its revitalization. 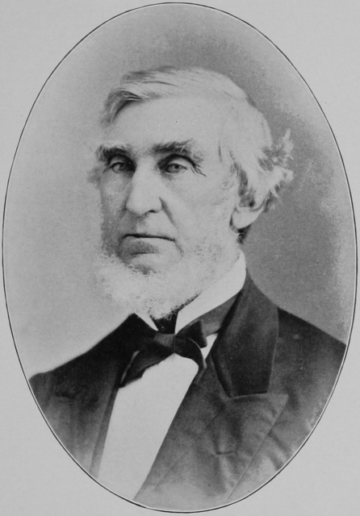 The city’s first mayor, Decker arrived in 1838 from the state of New York. He began work in the lumber industry, built a flour mill with Artemas Thayer and owned interests in a flour and feed mill with Ira H. Wilder. One of the founders of St. Paul’s Episcopal Church, Decker served in the vestry for more than 40 years and played the flute as one of the church’s first musicians. In 1837, he married Elizabeth Stevens who died in 1844 of consumption (tuberculosis). The next year, he married the sister of William M. Fenton, Julia Isabella Fenton. In all, Decker had six children – five daughters and a son. His son was taken prisoner at Gettysburg during the Civil War and died in Andersonville Prison. Decker died in 1890 and was buried in Glenwood Cemetery, which he co-founded. At St. Paul’s Episcopal Church, a stained-glass window near the main west doors was dedicated in memory of Grant and Julia Isabella Decker by their daughter, Julia. Decker Street in Flint is named for the former mayor. During his year in office, the wagon business began in the city. 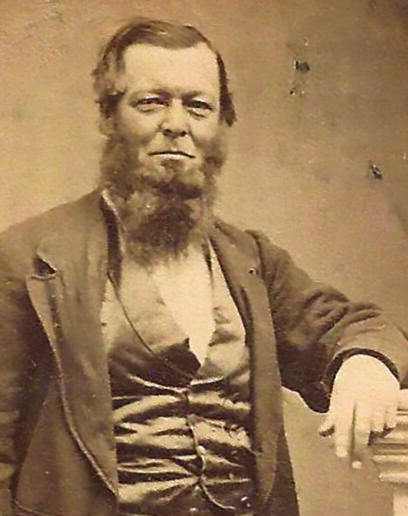 Mayor No. 2 was attorney Robert J. S. Page. He came to Flint in 1838 and was appointed receiver in the Genesee District of the U.S. Land Office. In 1850, he was elected to serve in the office of Justice of the Peace and would later serve on the bench as a probate judge. Page was also one of the county’s foremost “wildcat bankers,” establishing the Flint River Bank and serving as president, cashier and sole proprietor. Page died in 1875 and was buried in Glenwood Cemetery. 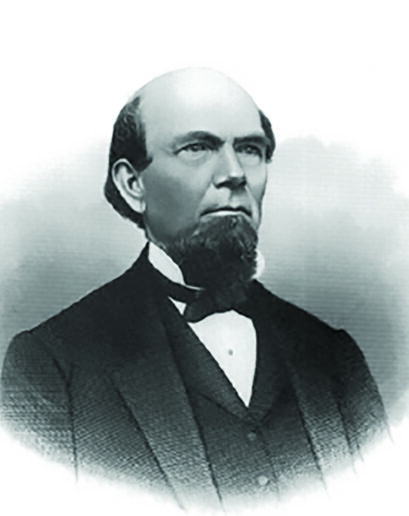 Henderson came to Genesee County in 1836 and opened a dry goods store with his brother, James. In 1848, as a commissioner of the Genesee County Plank Road Company, Henderson received the authority to construct a plank road from Flint to Grand Blanc on the Saginaw Road. Two years later, Henderson and Company were appointed commissioners of the Genesee & Oakland Railroad Company and tasked with building a railroad connecting Flint and Pontiac. In 1855, the railroad was extended to Saginaw County. In 1859, the Flint & Pere Marquette Company purchased the rights, property and franchises of Henderson and Company’s railroad. In 1865, Henderson became president and director of the newly formed First National Bank. He acted as vice president of the Glenwood Cemetery Association and therefore, played a large role in its establishment. He died in 1879 and was buried at Glenwood. During his time as mayor, the Randall Carriage Factory, Flint’s first vehicle factory, was established. 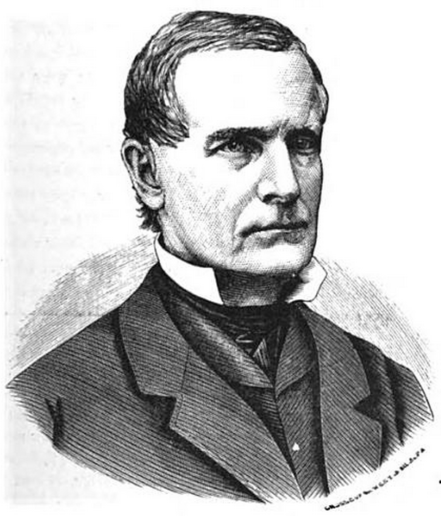 A man who needs no introduction around these parts, Fenton was elected Flint’s fourth mayor in 1858. The namesake of the City of Fenton, he came to Genesee County in 1837 with his friend and business partner, Robert Leroy. They settled in what was known at the time as Dibbleville. As Fenton and Leroy platted the area, they decided on an official name for the settlement by way of a naming-stakes poker game. Fenton won the first hand and dubbed the newly-platted land as Fentonville. In 1846, Fenton was elected to the state senate where he was instrumental in securing the Michigan School for the Deaf in Flint. Twice, he was elected lieutenant governor and was appointed by President Pierce as register of the land office in Flint. At the outbreak of the Civil War, he was commissioned colonel of the 8th Michigan Infantry under the command of General Sherman. Colonel Fenton rose to fame by winning battles at Port Royal and Secessionville. His regiment took part in the battles of Bull Run, Campbell Station, Wilderness, Spottsylvania Court House and others. Upon his return to Genesee County, he was named chief engineer of the Flint Fire Department. In 1871, he perished after sustaining an accident while on duty. Colonel Fenton was buried in Glenwood Cemetery. During his time as mayor, Flint’s first telegraph communication system was established, with the inaugural message sent from Flint to Fenton.

*There is dispute as to whether Fenton served two mayoral terms; some records indicate Porter Hazelton having served from 1859-60. 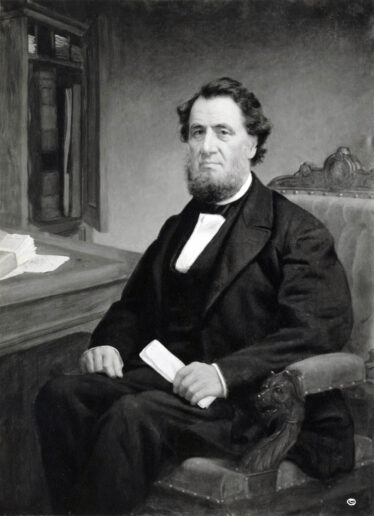 Serving as Mayor of Flint until the outbreak of the Civil War, Crapo spent his life as a businessman and politician on both local and state levels. He came to Flint in 1858 and established the largest individually owned lumber firms in the state. He played a large role in the construction of the Flint-Holly Railroad and was its president until its purchase by Flint-Pere Marquette. In 1862, Crapo was elected to the state senate and elected governor for two consecutive terms starting in 1864. While governor, the 13th Amendment abolishing slavery was sanctioned and Radical Reconstruction was endorsed. In Flint, Crapo purchased 1,000 acres of swampland near Swartz Creek. He had the swamp drained and there he established the famous Crapo Farm. His daughter, Rebecca, married William Clark Durant and their son, Billy Durant went on to found General Motors. During the end of his last term as governor, Crapo became sick and finally succumbed in 1869 at the age of 65. He was buried in Glenwood Cemetery. Crapo Street in Flint is named in his honor. 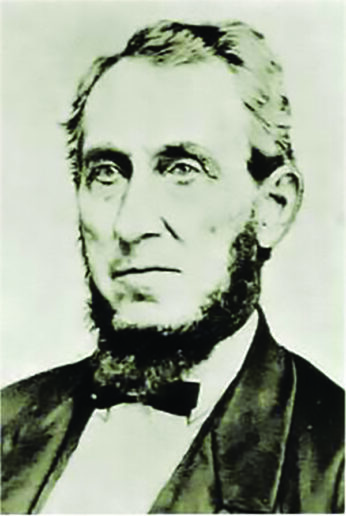 A Jack of all trades, Williams had traveled plenty and engaged in multiple professions before landing in Flint in 1850. He traveled with his family to Detroit after escaping the advance of the British during the War of 1812. After growing up in Pontiac with his family, Williams and his brother travelled to Saginaw under employment with the American Fur Company. There, he built the first sawmill in the Saginaw Valley. During his years in Saginaw, Williams was elected county clerk and register of deeds, and was appointed postmaster by President Jackson. In 1840, he relocated to Pontiac where he started a mercantile business and tried his hand at farming. In 1850, he settled in Flint and engaged in the grocery and crockery business. He was appointed postmaster of Flint by President Pierce and spent eight years in the position. Williams perished in 1890 at the age of 88 and was buried in Oak Hill Cemetery in Pontiac. Ephraim S. Williams chronicled many of his journeys and adventures as a pioneer in Michigan and his stories can be read in various editions of the Michigan Pioneer & Historical Society Collections.

Here, there seems to be a bit of historical confusion in the records, with some marking William Patterson as mayor during this year and others citing William Paterson (spelled with one “t”). It seems they are different people and not much is known about either. What is known is that William Patterson was on the building committee to construct the city courthouse (finished in 1851) and it is his last name (with two “t”s) on the list of Flint mayors in the Historical Collections and Researches text issued by the Michigan Pioneer and Historical Society. The other William Paterson is generally thought of as the official mayor and his career does provide correlating evidence of this – most notably, he was elected supervisor of Flint Township multiple years starting in 1845. After his possible mayorship, he opened one of Flint’s first non-wildcat banks with capital provided by George and Porter Hazelton. Before the bank officially opened its doors, however, Paterson disappeared with the funds, never to be seen again. (Note: This is not William A. Paterson, the American Automobile maker.) During this time as mayor, the Flint & Pere Marquette Railroad was established and Smith-Bridgman’s Department Store opened for business. 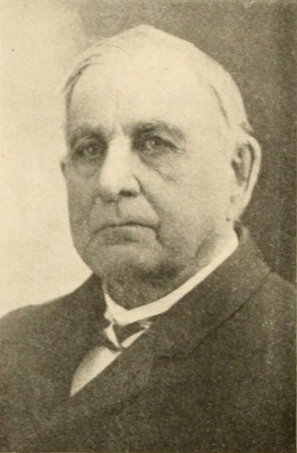 One of Greater Flint’s most prominent farmers and lumber merchants, Hamilton lived in the area for most of his life and acquired several hundred acres of farmland, including that upon which the Buick City Complex was built. He was elected to two consecutive mayoral terms and served a third from 1876-77. Hamilton Ave. in Flint was named in his honor. Hamilton died in 1899 at the age of 75 and was buried in Calvary Cemetery. During his first two mayoral terms, the first City Hall building was built, the Flint & Holly Railroad started and Flint’s first theater, Fenton Hall, was opened.

Porter Hazelton traveled with his brothers from New York to Genesee County where, under contract with the State of Michigan, they built a bridge across the Flint River. In payment, the Hazeltons received land in Shiawassee County that would become Hazelton Township. Instead of settling, the brothers sold the land to early settlers and pioneers. Hazelton was elected Flint Township supervisor in 1852. Porter and his brother George, along with James Seymour of Flushing, commissioned an extension of the northern road through Genesee County into Lapeer County. Porter Hazelton died in 1870 at the age of 56 and was buried in Glenwood Cemetery.