These are just a few of the thousands of messages that have been painted on The Flint Block, a concrete structure at 12th Street and Hammerburg Road – messages of hope, memorials to lost loved ones, birthday and anniversary messages. For years, community members and graffiti artists have been painting the iconic Flint landmark. 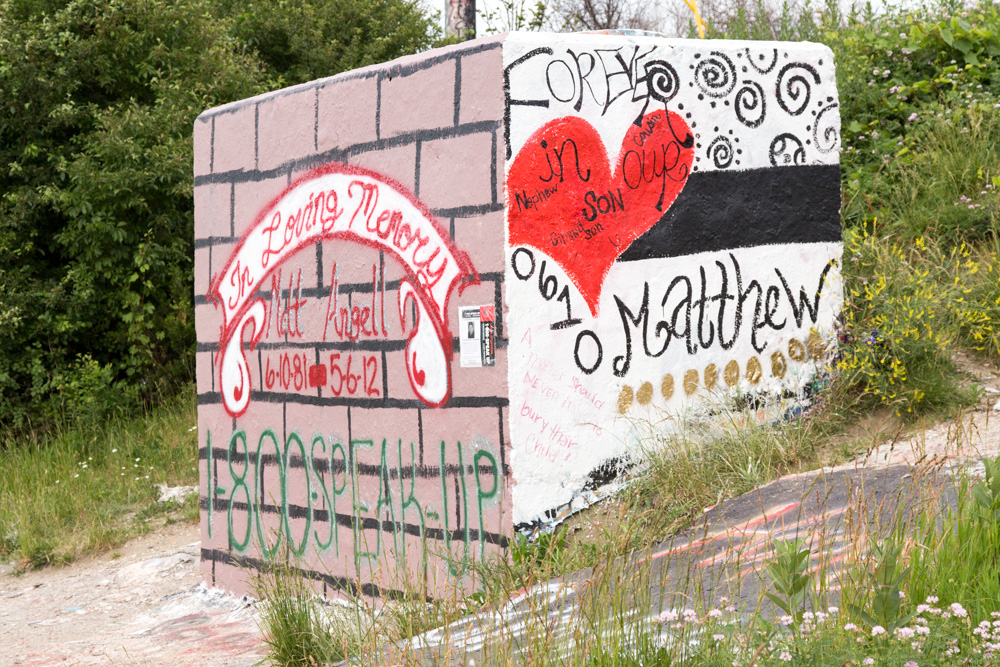 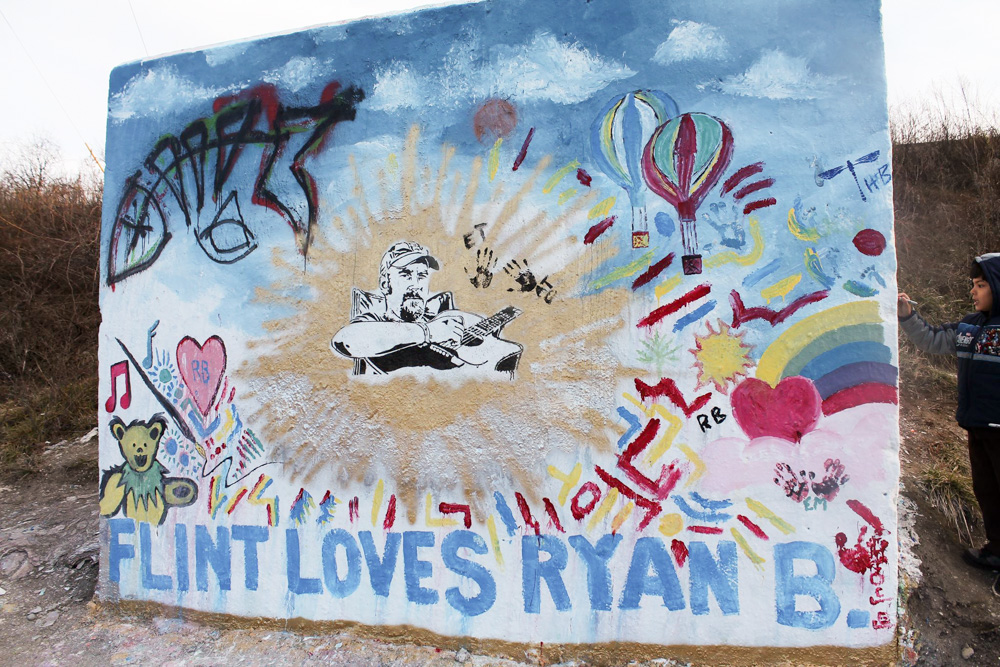 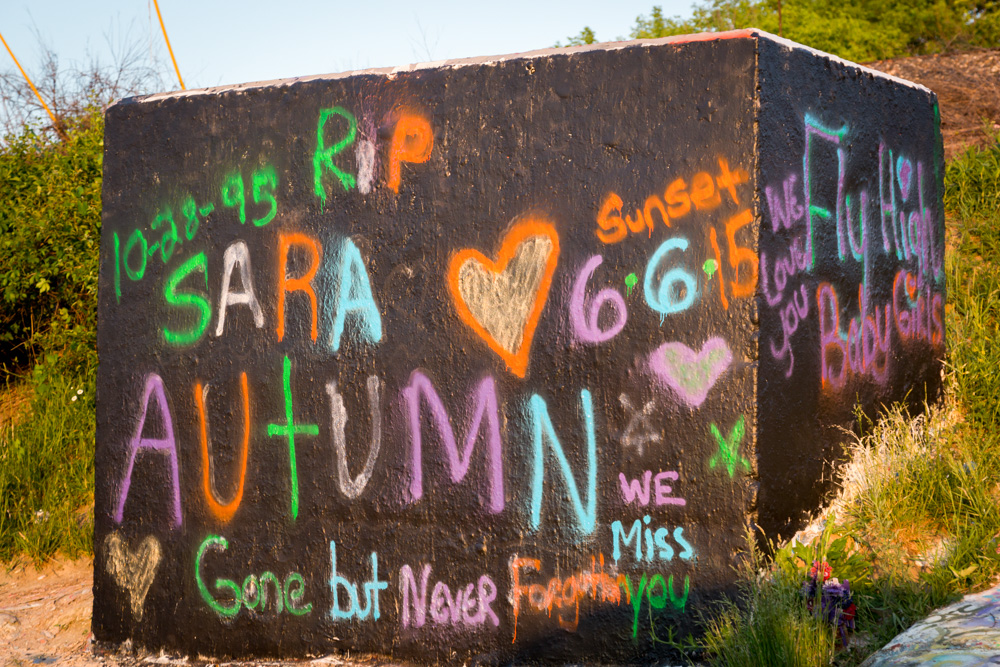 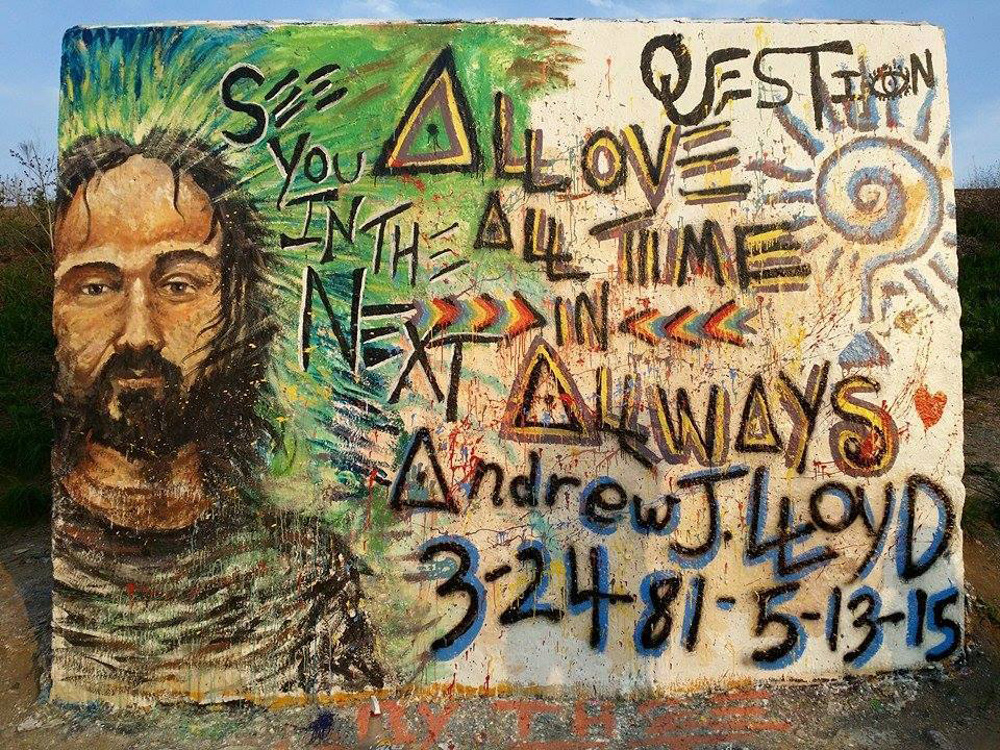 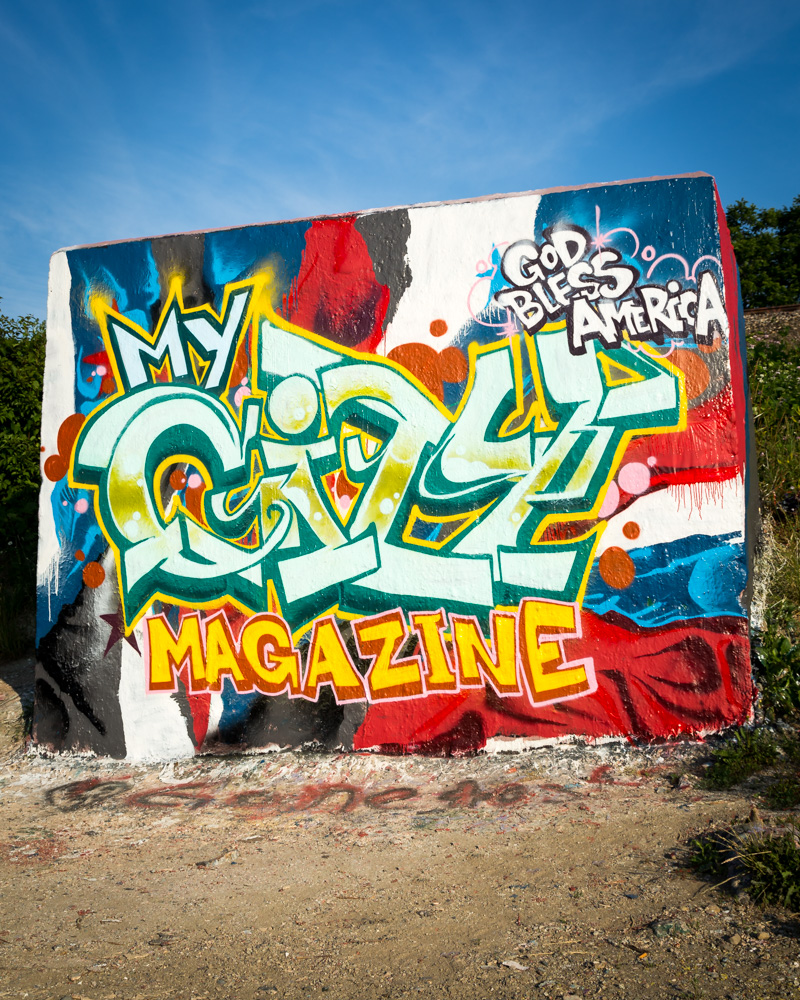 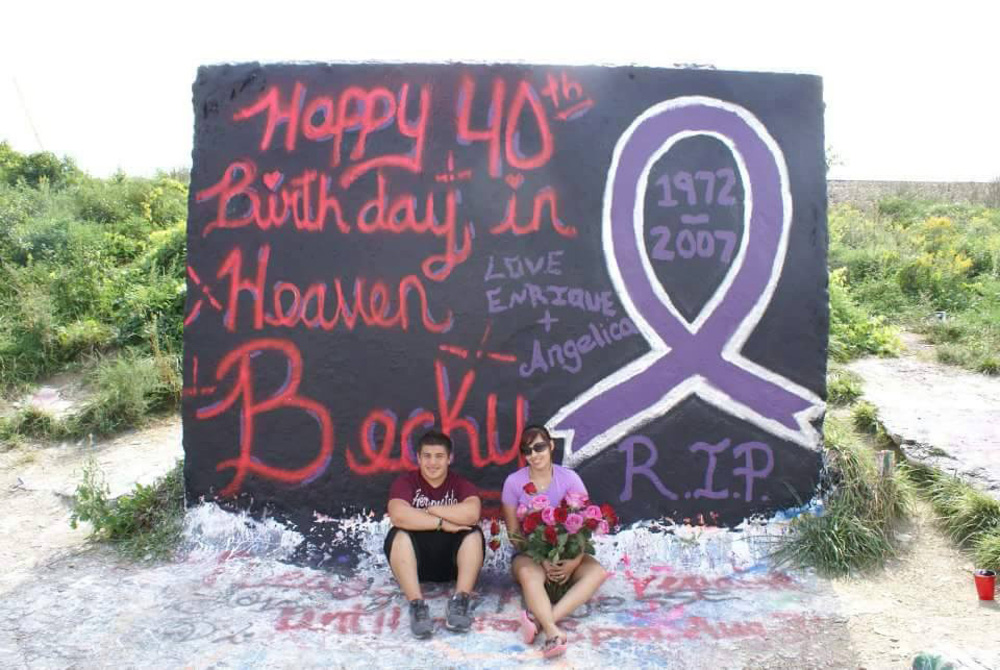 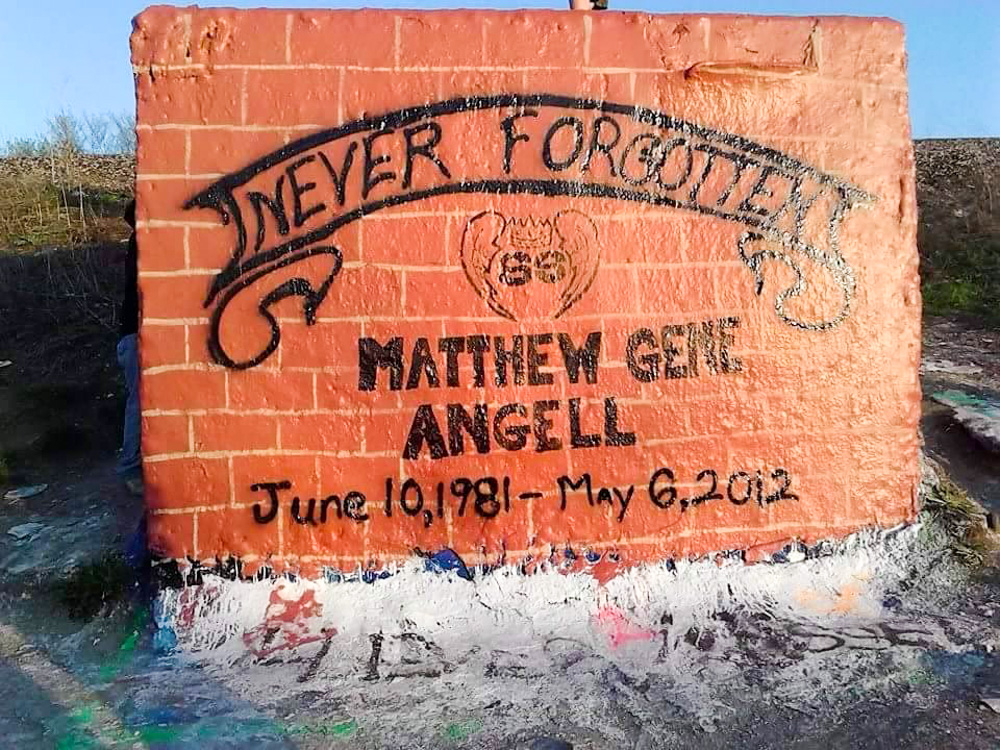 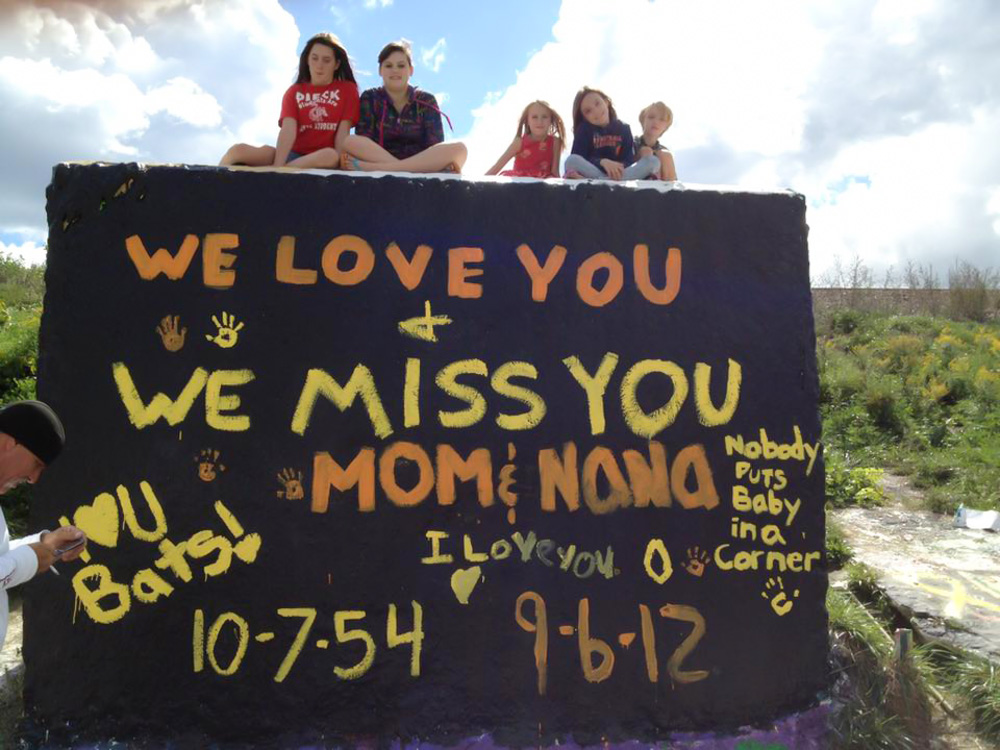 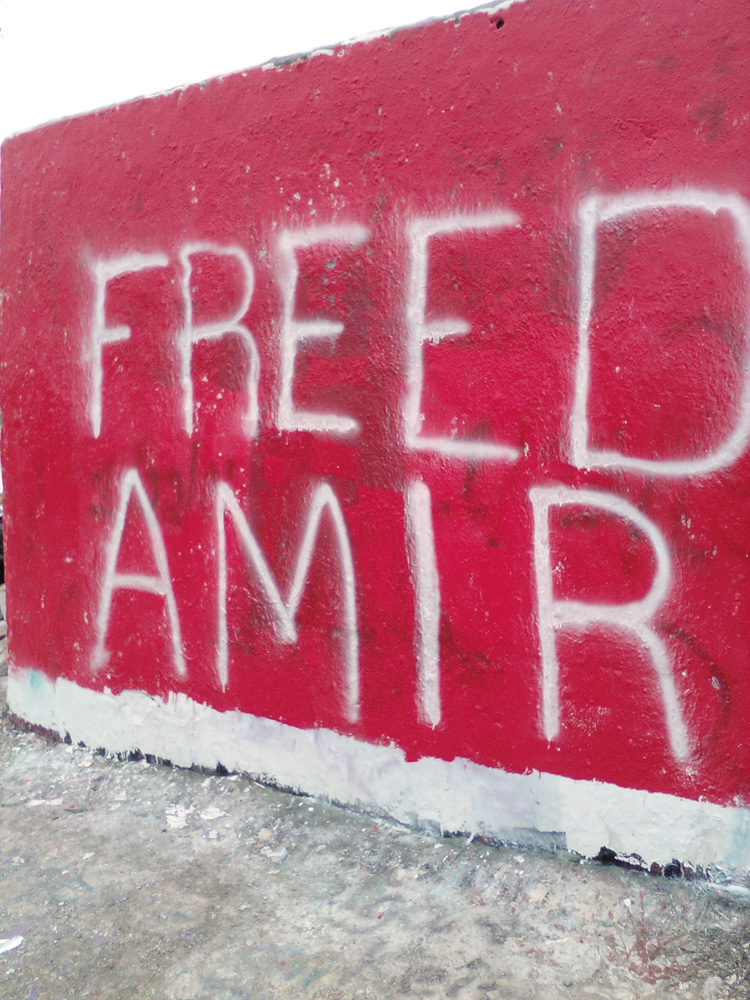 According to My City Magazine reader Timm Allen, the first message was painted in 1974 by Axel Bublitz, a German exchange student at Southwestern High School who lived with the Knecht family. “He wanted to say goodbye to all of us,” Timm wrote. “After the weeds and grass were pulled away, students began to use it to promote events at the school. The second painting was the Southwestern Colt in blue and white.” Timm also reports that the term “The Rock” came about when a Flint Journal news reporter called it that. “The correct term is ‘The Block,’” he asserts.

The Block even has its own Facebook page, where people share memories and photos of the landmark. Kim Latting Simons shared her thoughts on the page and sums up the sentiment of many Flint folks. “The rock is a happy place, sad place and an emotional place,” she wrote. “It is an asset to our community, a timeline of people, young and old. I love the expressions of emotions and the journeys it has taken! It has been a living testament to me for as long as I can remember.”