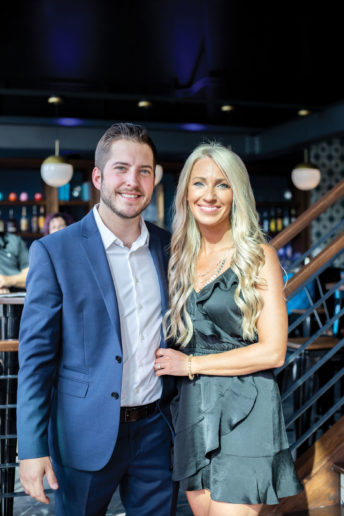 Spencer Ruegsegger and Kristie Bearse love Flint. They have lived and worked Downtown, and have spent many nights enjoying the entertainment and nightlife there, but felt the scene was missing something. “We love everything about Flint, but found ourselves doing the same thing at every single place Downtown,” says Ruegsegger. “Whenever we wanted to do something different, we always ended up traveling a bit. We felt it was time to bring something unique to Flint.” After putting their heads together and visiting some out-of-town night spots, Ruegsegger settled on an idea. “I’ve been in the bar and nightlife industry for a long time. I’ve always wanted my own place and knew that whatever I did, it had to start in Flint. During our travels, Kristie and I visited a couple arcade bars and thought the business concept would be a great way to differentiate ourselves here,” he says.

The couple got to work – they had the concept and the funding; they just needed a location. When the space at the historic Capitol Theatre building opened, it seemed the perfect spot. “The opportunity was there. How do you turn down a spot next to the Capitol?” questioned Ruegsegger. In fact, when choosing a name for the venture, the theatre’s history played a role. “We reached out to a few friends for input. A friend in California, Fabian, informed us that the Capitol’s original architect was named John Eberson,” he says. “That’s how we tied everything together. It was a great name and we liked it right away. The Eberson fit perfectly.”

The Eberson is a full-service bar with vintage arcade games from the 80s and early 90s. Its menu includes classic cocktails and will have 16 beers on tap, including a few standards and a rotating selection of craft beers from around the country. “We’ll be serving beverages from everywhere,” Ruegsegger says. “There will be something new all the time, including wines. We’ll have something for everybody.” For its food menu, The Eberson is partnering with the 501 Bar & Grill located across the street. 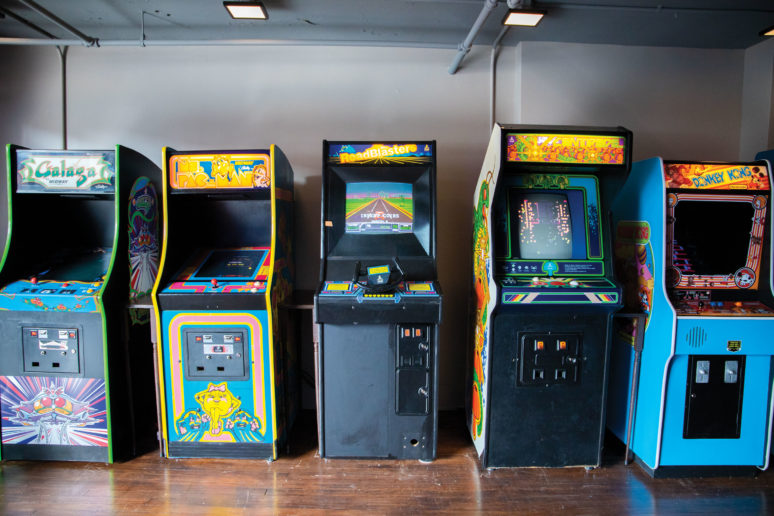 As they were in the ‘80s, the arcade is token-operated. “We started with 15 games and will see where it goes. We are working with Paul Knific from Pinups Pinball. We gave him a list of 30 games to find.” The first group includes: Ms. Pacman, Galaga, Blasteroids, Teenage Mutant Ninja Turtles (multiplayer), Centipede, X-Men (multiplayer), Mortal Kombat, Ice Hockey, Super Mario Brothers, Tetris, Roadblasters, Joust and at least two pinball machines. The bar also has a mezzanine with a shuffleboard table and additional seating.

Ruegsegger and Bearse are excited to finally bring the Eberson to Flint and can’t wait to be a part of the city’s resurgence. “It’s incredible to see how far Flint has come since I became a part of it in 2010. I think, right now, there is a lot of opportunity here for people like me,” states Ruegsegger. “There are still a lot of folks who think that Flint is a bad place to invest. I believe the opposite. It’s on an upward trajectory for sure. We hope to have success here.”

Ruegsegger and Bearse are proud to be a part of the Capitol building and its history. They hope to be “the place” for the Capitol Theatre crowd and will try to incorporate the shows in some way. “We are a ‘before and after the show’ kind of place,” says Bearse. “I still run into people who haven’t been Downtown in about 20 years. Come Downtown, come to a show. Join us at the Eberson to relax, have a drink and play some games. We’ve got you.” 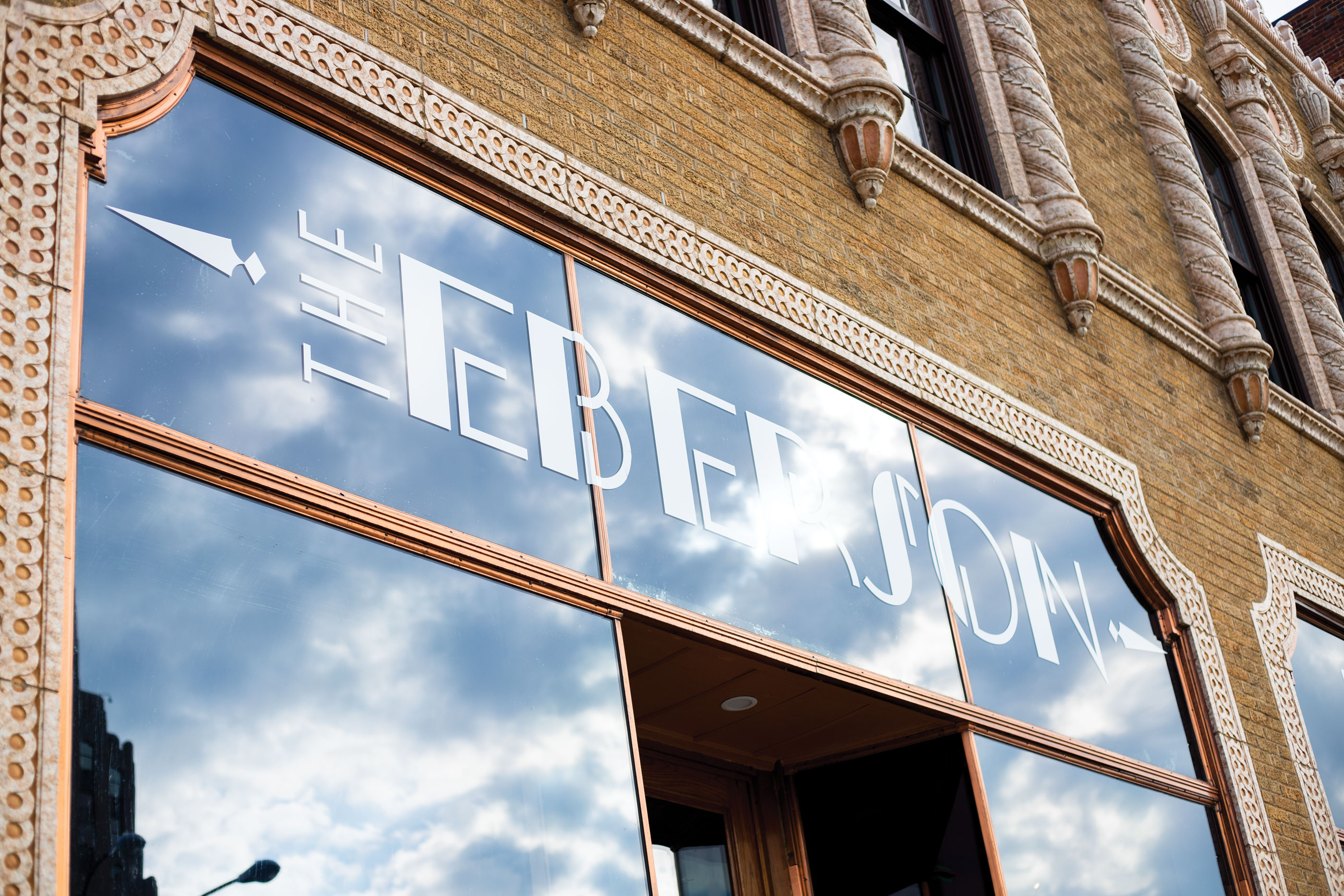 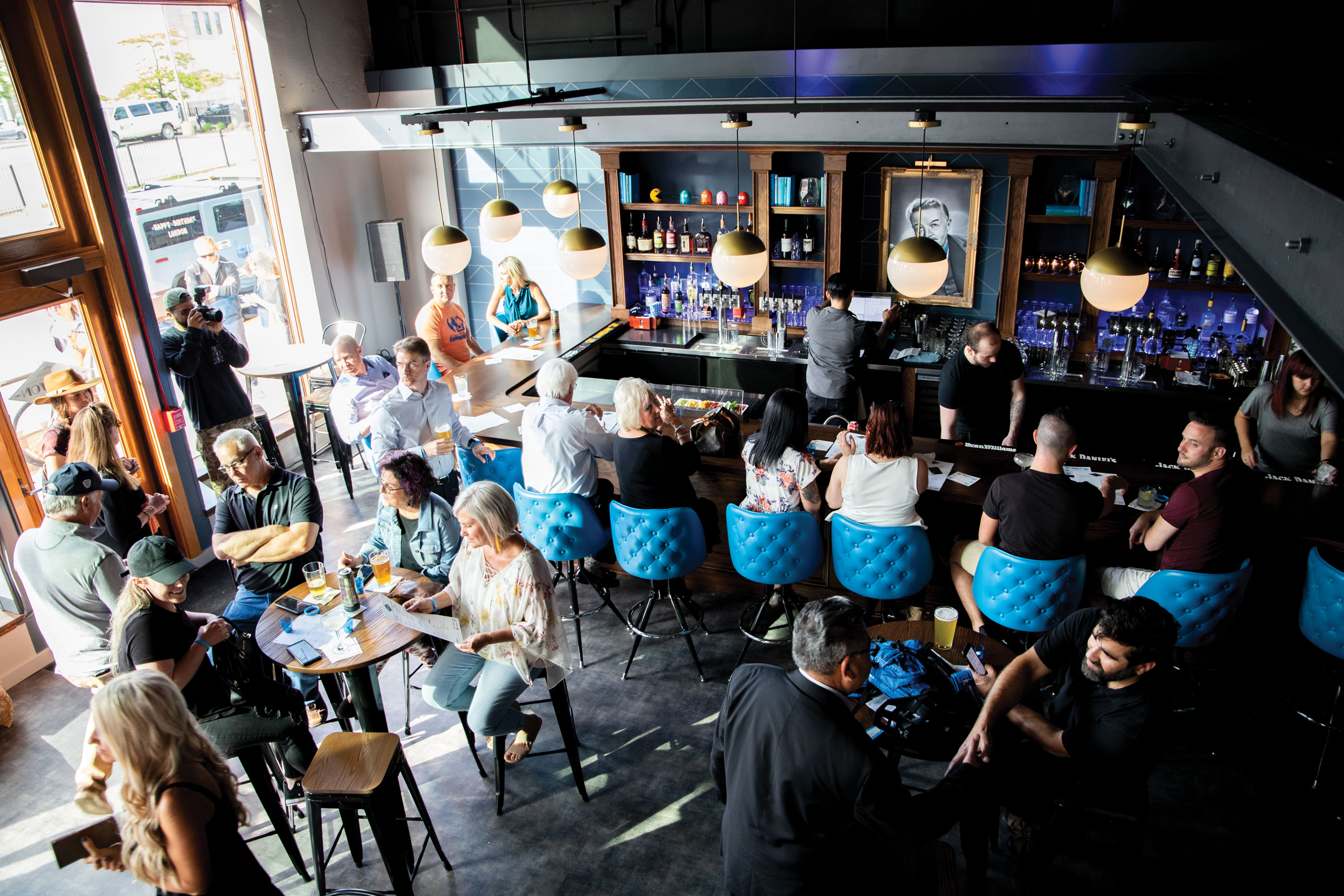 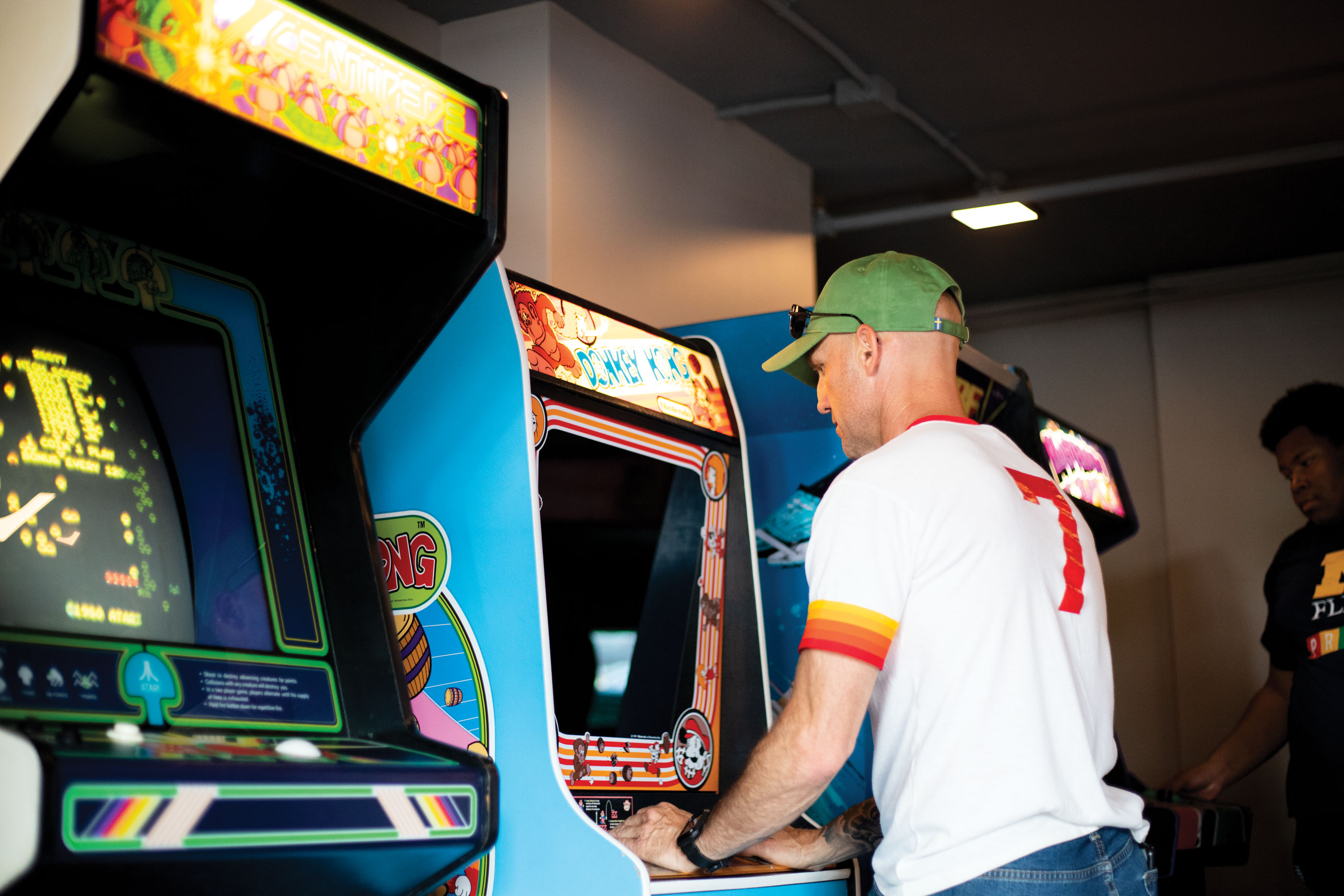 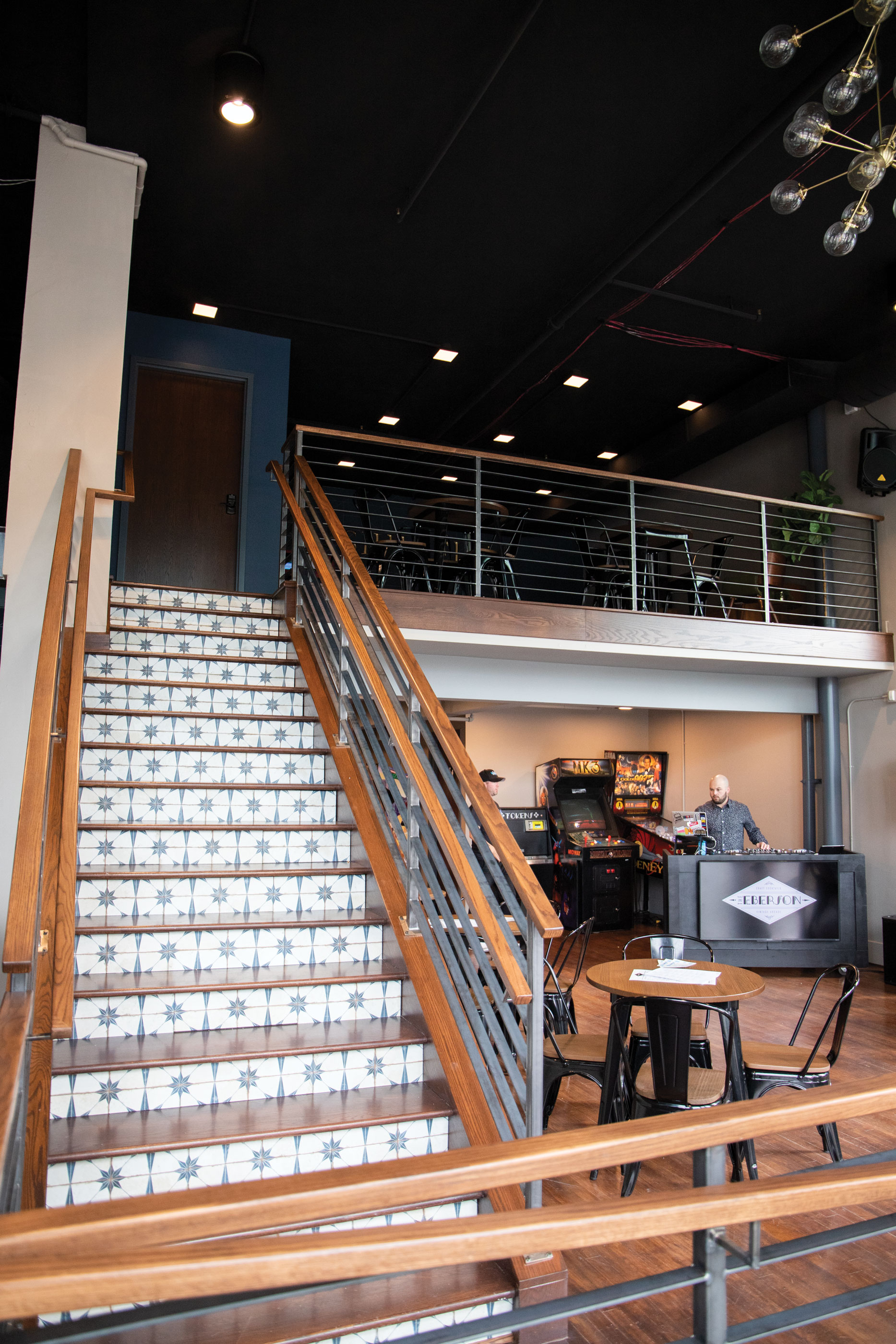 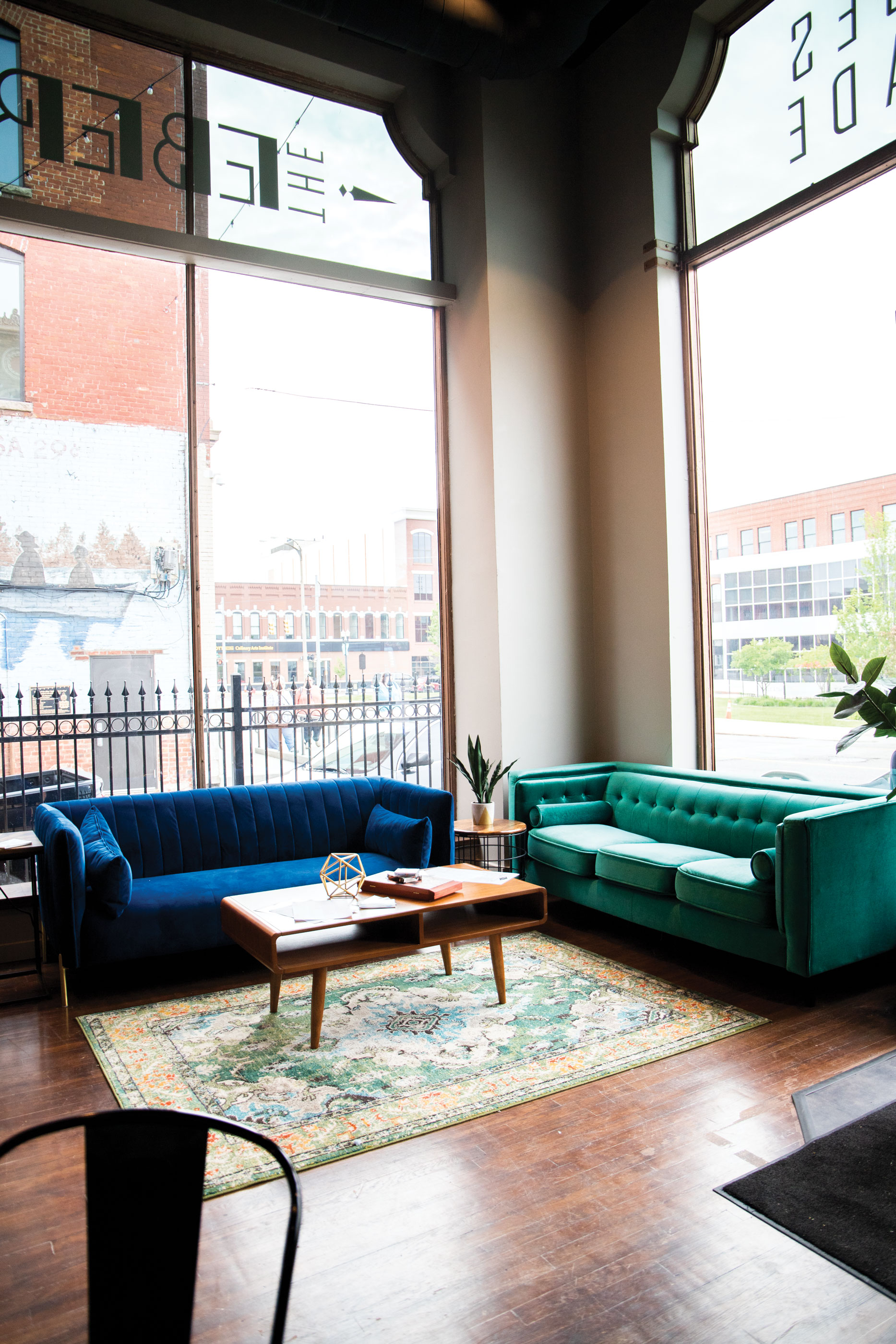