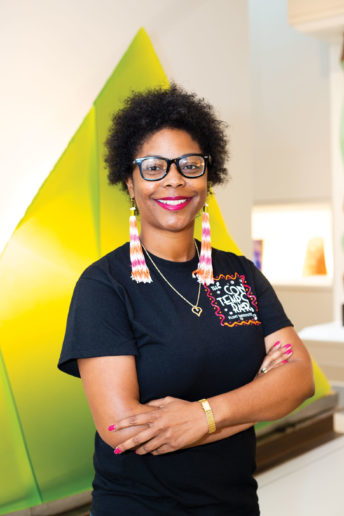 When Marissa Pierce joined the Flint Institute of Arts (FIA) as the public and community relations co-ordinator a few years ago, the organization was searching for a new and better way to include the younger generation of art enthusiasts. “FIA was seeking to create an organization in the museum that would reach out to our young members to get them more engaged,” explains Pierce. “Additionally, we get a lot of people to come to the museum and see our exhibitions, but we really wanted those people to become invested in the FIA and experience it in a different, more in-depth way.” The Contemporaries is an answer that fulfills both requirements.

An FIA affiliate group, The Contemporaries is typically focused on members ages 21-45, but anyone can join. Since it began in the fall of 2018, the membership has grown to 53 – with a great mix of ages and occupations – who find camaraderie in their shared love of art. “Anyone who would like to see the FIA in new and unique ways, find new ways to experience the art school or just want to engage in great conversation about art, is welcome to join,” shares Pierce. Members must have at least a current individual FIA membership ($30) and pay an additional $50 annual fee ($75 for two people). Members are invited to attend exclusive events, workshops and fieldtrips throughout the year.

The first event hosted by The Contemporaries was held last September – a 90th Anniversary Brunch that took place in the FIA’s new wing. The members were also taken on a subterranean tour of the facility. There, they got a look at the FIA “vault” and were introduced to pieces that the FIA had never displayed due to space or controversial nature. Most recently, The Contemporaries held their signature fundraiser, the Kentucky Derby Affair, where attendees showed up in their best Derby attire, watched the race and enjoyed good food and music. “We have a few older members who attended the party and got out on the dance floor with the younger generation. It was really fun!” exclaims Pierce. The group also attends workshops at the FIA’s Art School and are always engaging in great projects there. Many events are focused on and coincide with a new FIA exhibition. “For example, our next event ‘The Mystery Make & Take’ on July 12, will coincide with the new Isabelle De Borchgrave exhibition, and when the Four Seasons exhibit opens, we will have an event to complement that,” states Pierce.

“The FIA is really invested in the idea that this is what young people want to do.”
Marissa Pierce

In the future, the group will attend the Expo Chicago Art Fair in September and Pierce has three additional events planned, including a mystery road trip. “The members don’t know where we are going beforehand,” Pierce says slyly. “I know, though. They are going to love it.”

Pierce is just as excited as the rest of the members and can’t wait to share what she has planned. “I’m just like every other person in our community who loves the FIA and I still want to learn more about it and more about art. I’m learning along with the group and we have a good time,” she states, smiling. “The FIA is really invested in the idea that this is what young people want to do. It shows that the community is important, as a whole.”

With the help of her support at the FIA and her sponsor, the Caudill Thornquist Insurance Agency, Pierce hopes to grow the group’s membership. “I would love The Contemporaries membership to increase to 100 or 150,” she says. “But what I really want is for the community and our members to gain a deeper understanding, interest in and love for the FIA. We have our great patrons and families who have contributed for years and I would like this group to continue the tradition of support and to take up the reigns.” So, if you are interested in art, the FIA, fun and learning, join The Contemporaries and support one of Flint’s hidden gems. “Learn the history and secret stories of the FIA, work directly with the exhibitions and explore your artistic side with us,” says Pierce. “And sometimes, we have champagne.”

If you would like to join The Contemporaries or need more information, visit flintarts.org/join-and-give/the-contemporaries 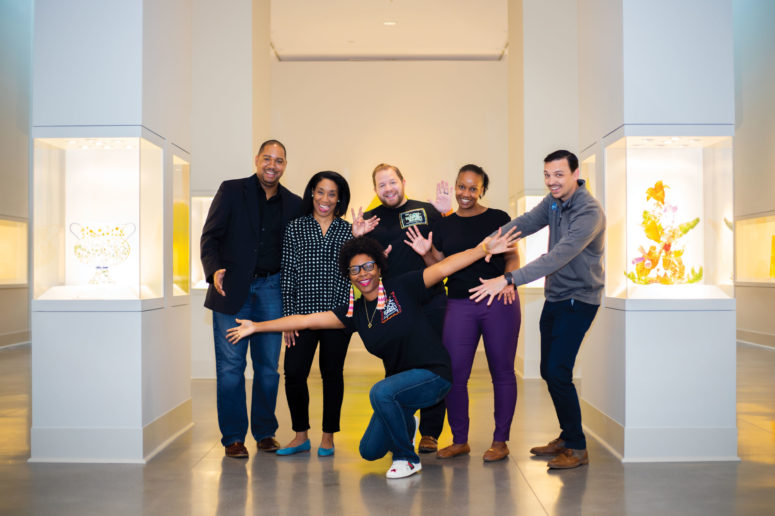