One of Flint’s automotive pioneers, Charles Stewart Mott was an original partner of General Motors, which was founded in Flint in 1908. Mott created his Foundation in 1926 to respond to the increasing needs of Flint’s growing population.

The Foundation’s mission has been the well-being of individuals, families, neighborhoods and civic organizations. Today, its grant-making programs provide support for strengthening civil society, education, the environment, as well as its home community of Flint, Michigan.

In 1963, C.S. Mott dedicated an additional $195.6 million to the Foundation. Instantly, it became one of the largest philanthropies in the United States based on its assets. Today, in addition to its Flint-area grant-making, the Foundation works in the areas of after school programming; civic participation; community foundations; the preservation and protection of freshwater ecosystems with a focus on the Great Lakes; and strengthening the philanthropic and non-profit infrastructure. With their non-profit sector, the Foundation funds organizations and initiatives that promote effectiveness and accountability. 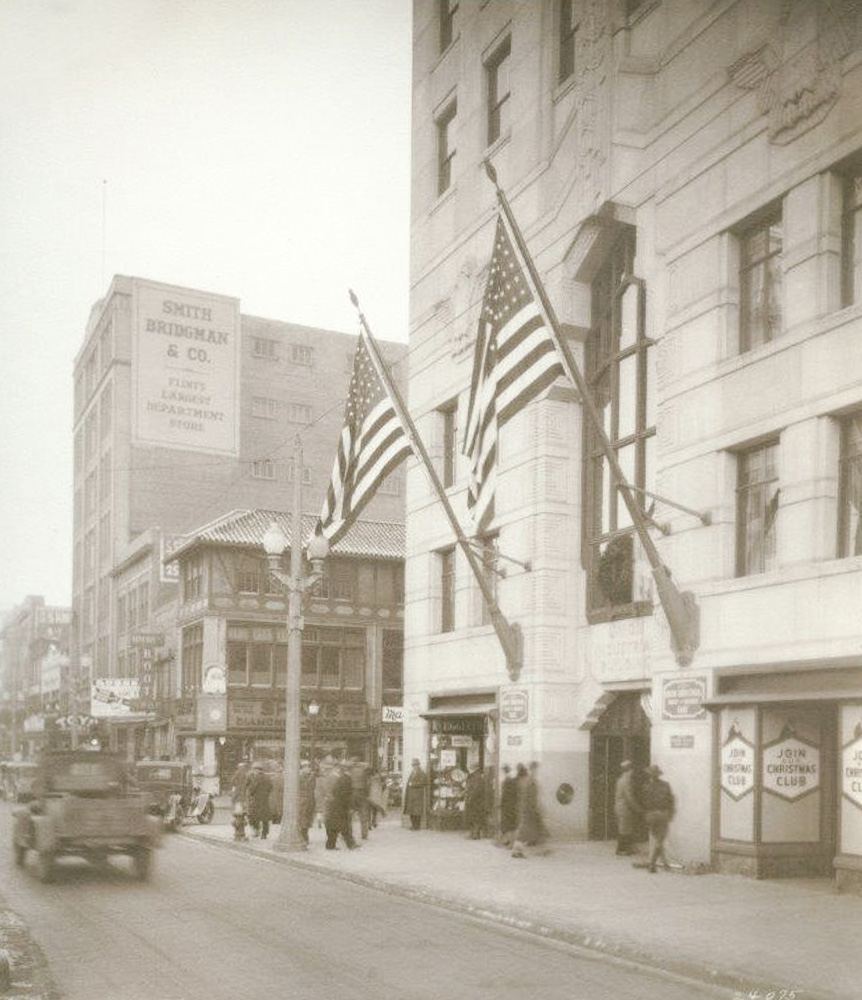 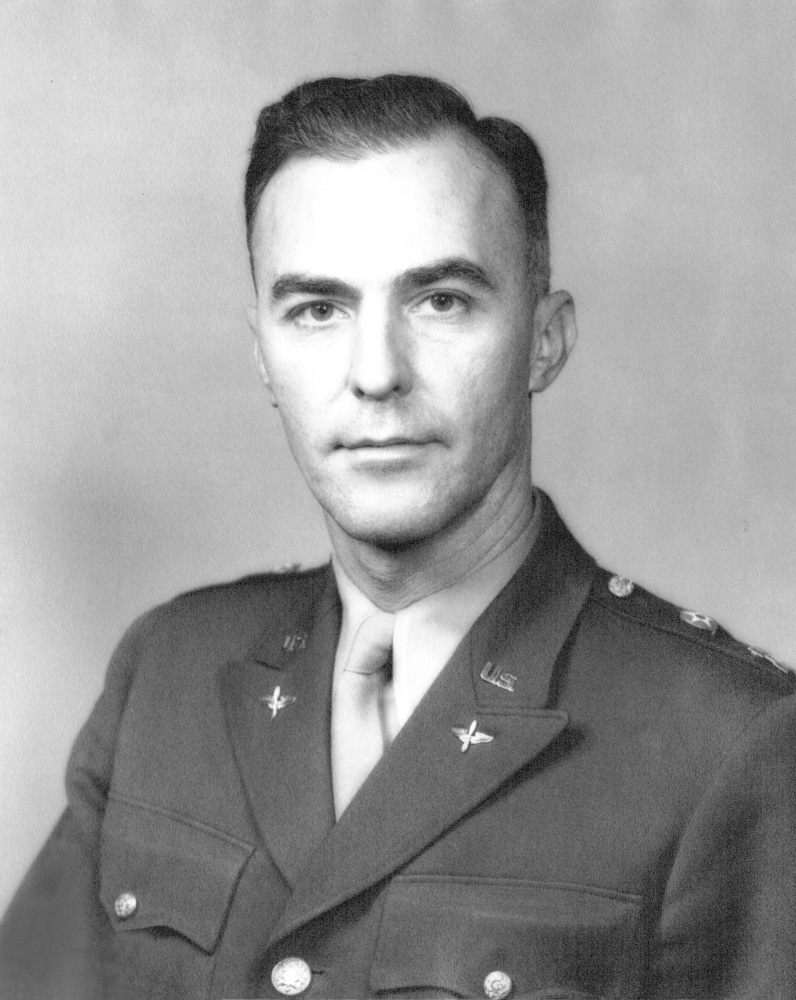 Harding Mott in his military uniform 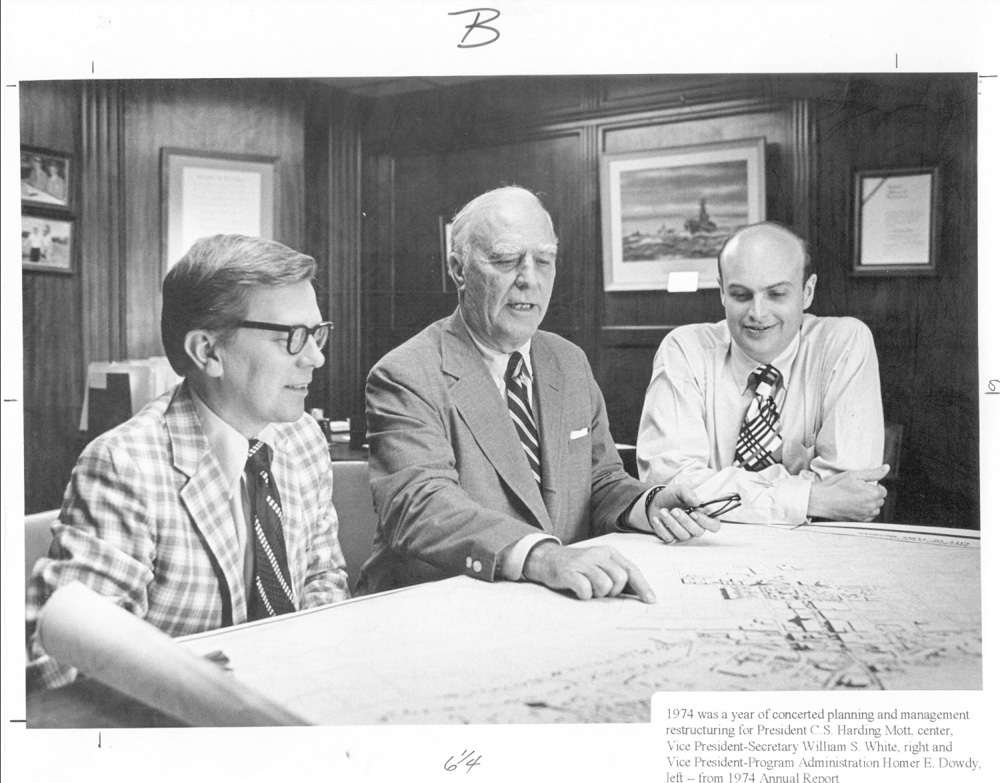 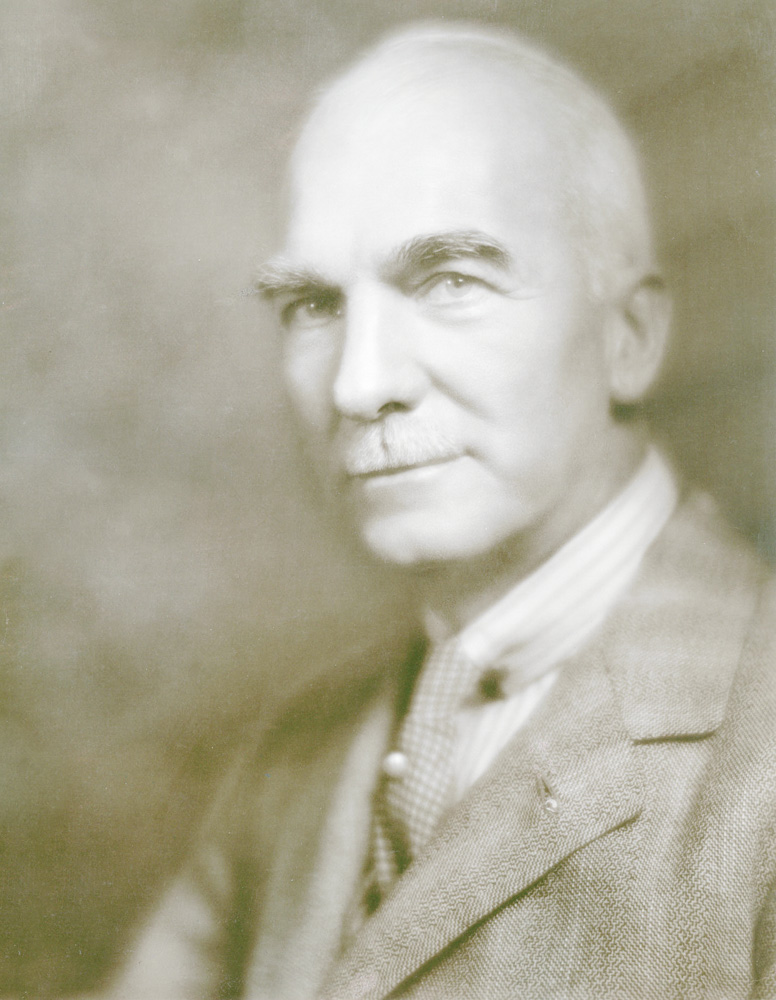 Mott believed each individual’s quality of life is connected to the well-being of the community, both locally and globally – a value that the Foundation has certainly upheld. As part of their vision statement, “The Foundation seeks to strengthen, in people and their organizations, what Mr. Mott called ‘the capacity for accomplishment.’”

President since January of 2015, Ridgway White shares his thoughts on 90 years of giving. “It’s a challenge to live up to the legacy of the man,” says Ridgway. “But the vision of the Foundation and the values he instilled are what we try to adhere to and help guide us every day.”

“The right to give, to donate is very, very important. That has to be preserved. It’s not a guarantee.”
Bill White, CEO

Bill White, CEO, sees the work of the Foundation as exercising their right to give. “What we take for granted – the right to give, to donate – is very, very important. That has to be preserved. It’s not a guarantee.”

In 2015, Mott gave approximately $53.6 million for Flint area projects. “It’s the vision of the Foundation that in order to have a productive community, every person feels like they have the ability to be engaged with that community in a meaningful way,” says Ridgway. “We try to exemplify that every day with what we do in our hometown, nationally and abroad.”

And this is done through their extensive grant-making program – hard work which C.S. Mott referred to as “sweating blood.” “‘Sweating blood’ gets to the essence of the practice of grant-making that our staff demonstrates every day,” Ridgway explains. “While the end goal may be known, the solution to get there is sometimes challenging. Our goal is to fully research, explore, talk to community members … and we do.”

As for the next era, that is still developing; and certainly, the recent problems with the city’s drinking water have been influencing factors.

“Our underlying values have remained the same, but we had to adapt to the new reality.” Bill shares. “I don’t know what era of our existence the Foundation is in, but Ridgway is carving it out. It could be that this water crisis will help provide a definition for us that no brilliant Nobel laureate could have envisioned.”

Looking back, another paradigm-shifting moment occurred in 1969 when the Tax Act was passed. At that time, there was no strong infrastructure of charitable organizations. Since then, the philanthropic field had to build those structures. Bill White was instrumental in that, and learned a great deal as a result.

“Part of building trust is knowing what you can do and what you can’t do,” Bill says. “You have to understand what you’re good at. Trust is built when you tell people what you do and why you’re doing it. The Tax Act led us to join with many other foundations in the country to begin building the infrastructure for charitable foundations. Yes, there were some rather tough rules relating to how much you will pay out, what percentage of businesses you would own, issues of self-dealing between members of the donor family and the charitable foundation.” Despite those new rules, Bill believes it was good for the long-term.

“It seems to me that every person, always, is in a kind of informal partnership with his community.”
– C.S. Mott

Having only four presidents in 90 years, the Mott Foundation has retained its core goals even as it has expanded grant-making both nationally and internationally. The advice and counsel of an experienced and thoughtful board of trustees has also helped the Foundation retain its focus. They have never strayed from the original goals that made the Foundation what it is today, such as creating and then improving the community schools. “We have a good board,” says Bill. “They understand the value of a group of people who come together and worry about fundamental governance, hiring the right executive and trusting that person, and counseling them when necessary. Our board is so quiet; you often forget they are there.”

However, it is evident that actions speak louder than words.

In the past four years, the Mott Foundation has put close to $35 million into Flint Community Schools. “Starting in the last two years, we’ve had to reinvent and re-envision the 21st century with community education in Flint,” Ridgway adds. The Mott Foundation has done this in cooperation with the Flint Board of Education and the Crim Fitness Foundation. 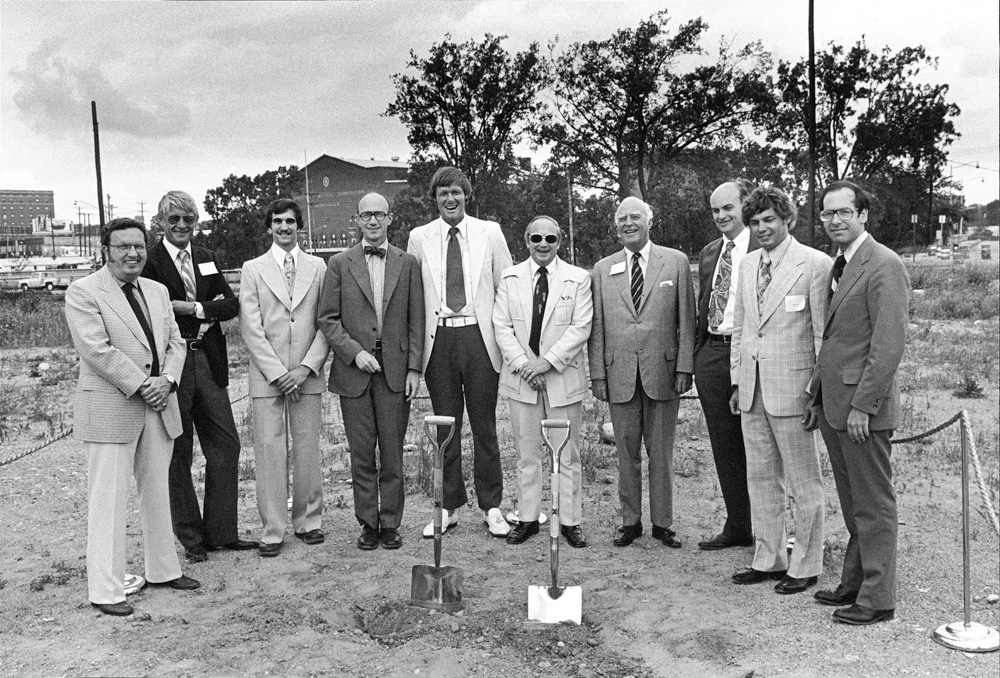 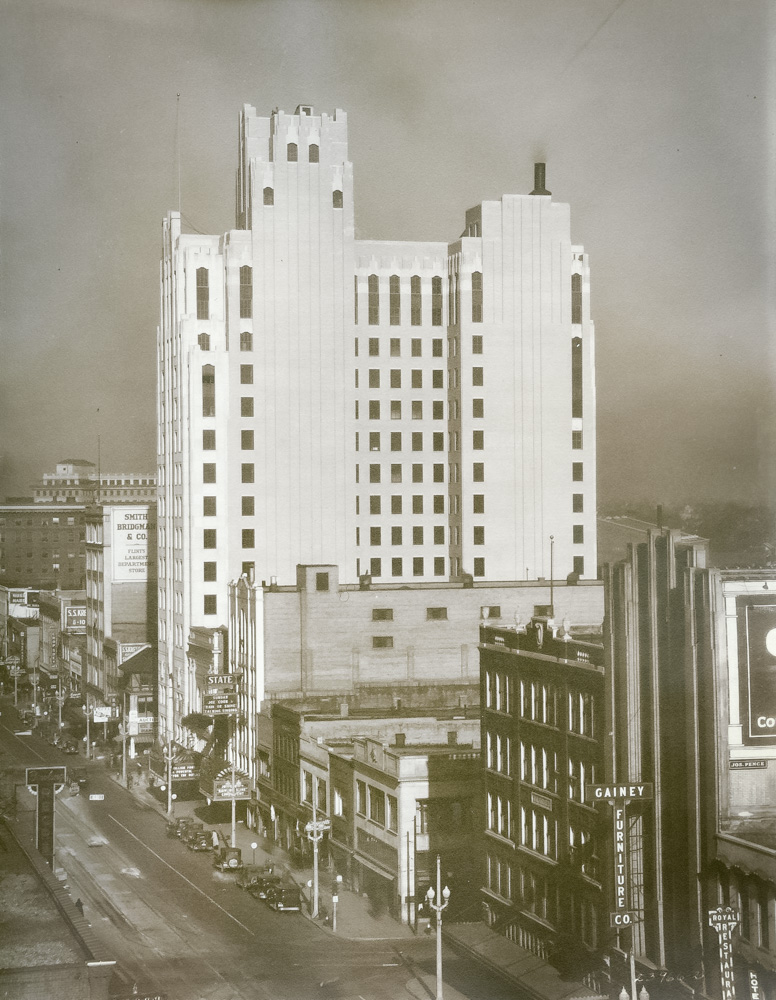 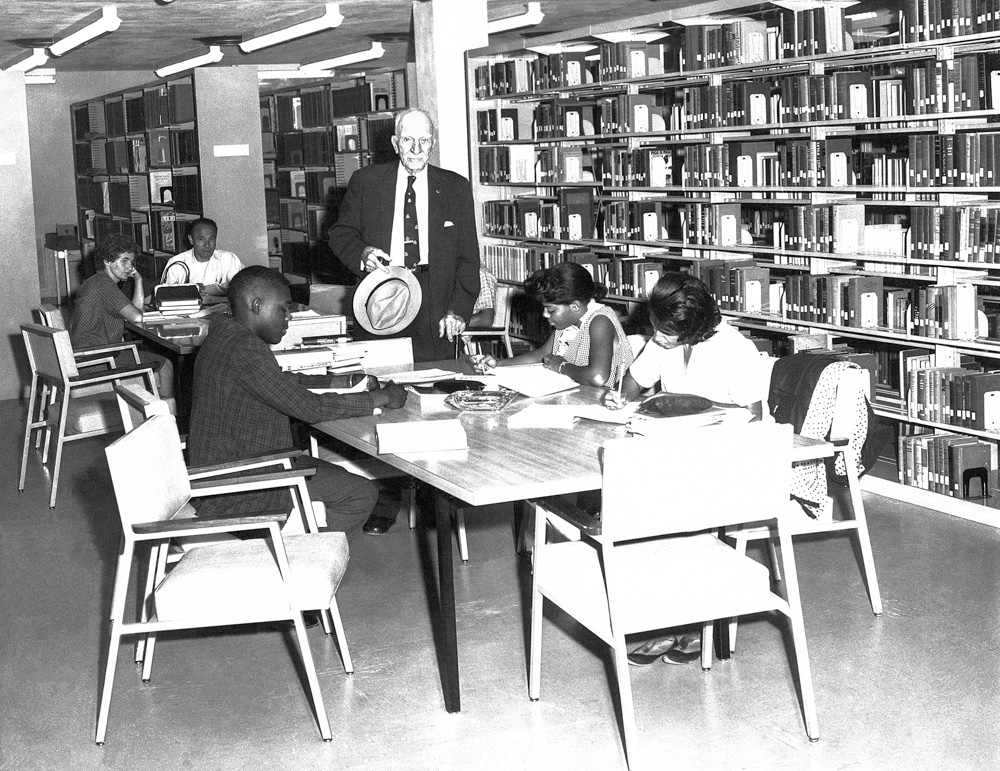 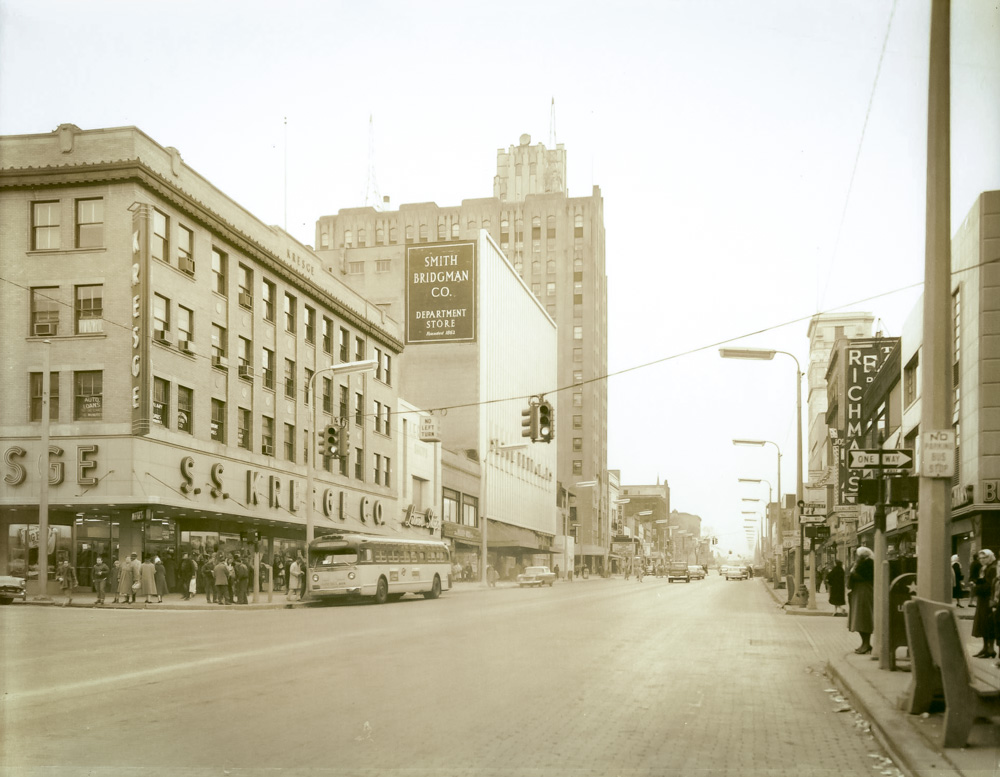 Currently, the Foundation is supporting community education programs in five schools; by autumn of next year, their intent is to help all 11 Flint schools. Nationally, through its long partnership with the federal 21st Century Community Learning Center initiative, the Foundation supports afterschool programs serving approximately ten million children each year. Many more thousands are served through other afterschool programs that are supported with state or local funding.

“The vision of the Foundation and the values C.S. Mott instilled help guide us every day.”
Ridgway White, President

As to the issues with Flint’s drinking water, the Mott Foundation has committed up to $50 million over the first year and expects to provide up to $100 million over the next five years. The Foundation has stepped in to provide the necessary funds to the “real heroes” who help with the water problems, organizations like United Way, Red Cross, Community Foundation of Greater Flint, Food Bank of Eastern Michigan – among many others – who help ensure all Flint residents have safe drinking water and their health needs are met, support early education, build a strong non-profit sector, and promote community engagement.

The frontline work of participating organizations is possible due to the Mott Foundation helping to build capacity over the years, so that they were in the position to respond when the water problems emerged. While the Mott Foundation plans its grant-making several years in advance, as a private foundation, it has the ability to respond to urgent needs and react quickly – simply because it is the right thing to do. “We have the flexibility and the systems in place to react to an emergency,” says Bill. “The credibility is there, the trust is there.”

Part of the Mott Foundation’s flexibility is having those systems of working together in place for the next 90 years, and beyond. 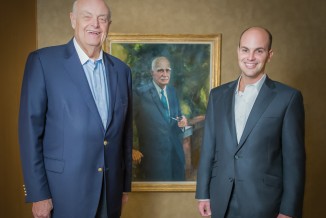 “We are helping to lay the groundwork for Flint Community Schools to be the best place for children in our community,” says Ridgway. “If we look at the next decade, one of our long-term core values is focusing on helping youth in Flint be able to succeed.”

Photography by Eric Dutro & Provided By the C.S. Mott Foundation