First, there was Breed – Flint’s hip-hop pioneer whose work resulted in a new musical sub-genre that put Flint on the map for rap talent. In the early 80s, rap or hip-hop was gaining a hold on the country. When the Sugar Hill Gang released “Rapper’s Delight” in 1980 to a national audience, the song got the world’s attention and young people began to embrace the sound. In 1984, Run D.M.C. released their self-titled debut, LL Cool J released his debut “Radio” in ’85 and the genre exploded. Street corners were full of youngsters and adults showing off their newfound talents or engaging in good-natured “rap battles.” DJs started working crowds in every major city. Despite the increasing interest in hip-hop throughout the country, artists and players on all of the major labels hailed from the East and West Coasts with L.A. and New York at the forefront; but in 1991, a man from the Midwest broke out with a new style and sound that would pave the way for a region and a city. That man was MC Breed and his story, along with that of fellow Flint artist, Ira “Bootleg” Dorsey, is the focus of Michigan State University’s “Rap on Flint” project. 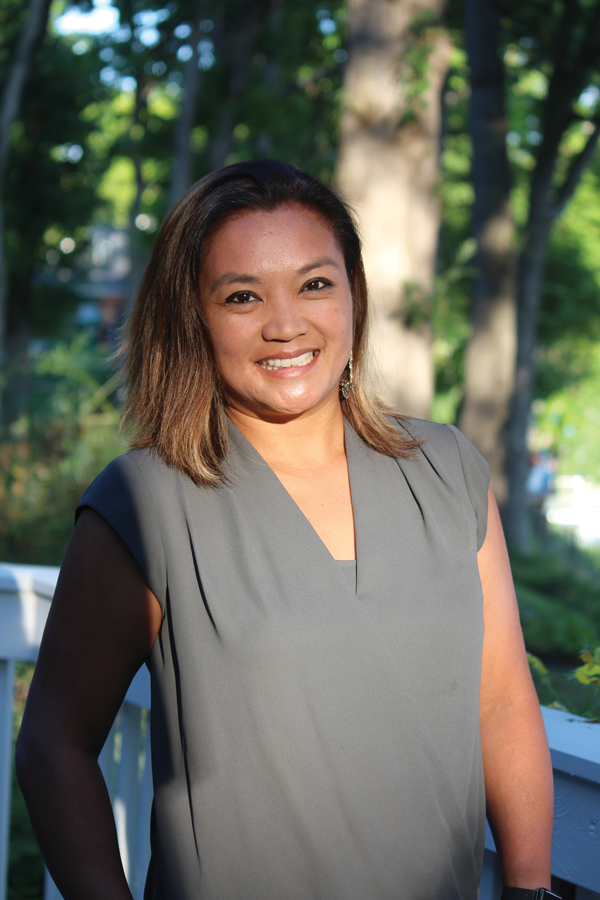 What started in the mid-80s as a popular pastime of Flint youth grew into a movement. The city has always been known as a place for artists of all sorts to ply their trade and the time was perfect for hip-hop to emerge. Flint residents flocked to school-hosted talent shows and were wowed by the young musicians. Prominent among them was Eric T. Breed, known on the street as MC Breed. The first successful rapper from the entire Midwest, his single, “Ain’t No Future in Your Frontin’” debuted in 1991 and landed at #66 on the Billboard Hot 100. Backed by his newfound popularity, Breed moved to Atlanta and continued his artistry, working with Tupac, Too Short, Snoop Dog, George Clinton and others.

Following in Breed’s footsteps, Ira Dorsey’s story was much the same. In 1993, Dorsey and friends formed The Dayton Family and in just two years, released their debut album “What’s on My Mind?” In 1999, Dorsey released his first solo album entitled, “Death before Dishonesty.” The breakthrough of Breed and Dorsey elevated the game and influenced rap artists from coast to coast. The Midwest style was born and with it a rich history with Flint at the center. Flint native, Dr. Geri Alumit Zeldes, professor in Michigan State University’s School of Journalism had the idea to explore the sub-genre’s local genesis. 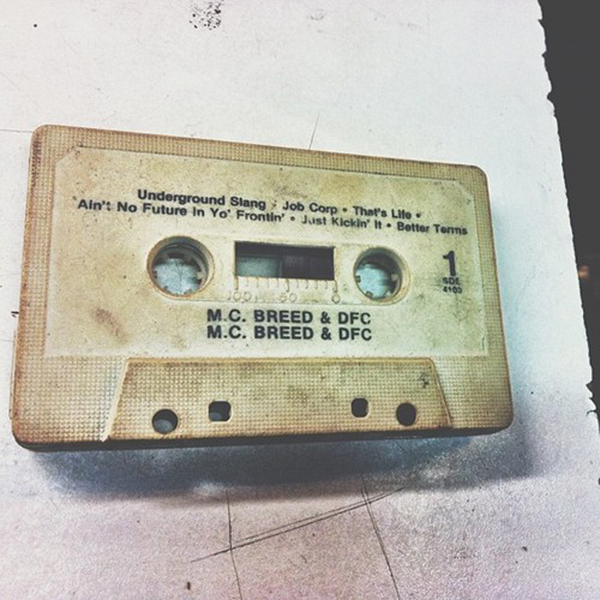 “The initial premise of the Rap on Flint project was that Flint is the birthplace of the Midwest rap sound,” says Dr. Zeldes, Project Director. “Flint needed to reclaim its place.” To give life to the project, Zeldes and her team conducted in-depth archival research and interviewed foundational Flint rap legends such as Stephen “Kid Blast” Metcalf, Laron “DJ L.A.” Burke, Ira “Bootleg” Dorsey and others. What the researchers found was that Flint in the ‘80s and early ‘90s was a hotbed of talent despite the city’s social and economic issues. As the project progressed, all things seemed to circle back to two influential Flint artists, Ira “Bootleg” Dorsey of The Dayton Family and MC Breed. The focus then evolved. “We were initially working on a whole history but it became character-driven; focusing on these two individuals,” says Dr. Zeldes. Both artists had extreme successes and challenges. They battled their own demons and environments with both serving time and then coming back strong. Through it all, they never forgot where they came from. Until his death from kidney failure in 2008, Breed supported Flint and would often bring large artists with him on visits and, according to many of the Flint artists interviewed, was always willing to help young talent from the area. He was the one who opened the door. 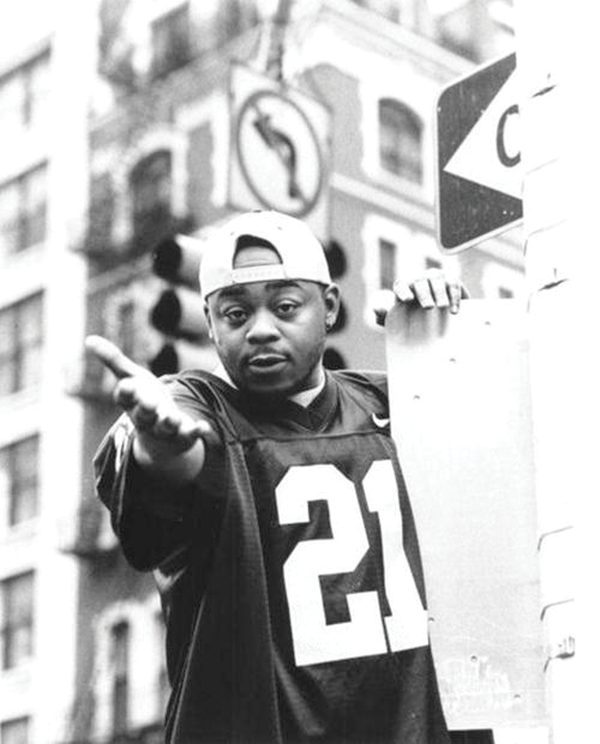 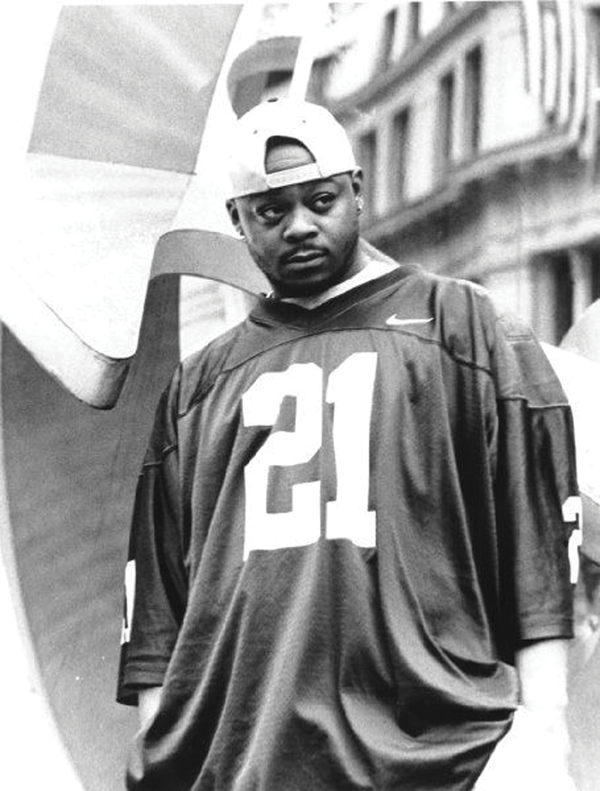 “MC Breed was the Godfather of Flint and still is to this day,” says Dorsey in a Rap on Flint interview. “Eric brought hip-hop to life here. Without him, Flint would have never been on international radar.” Dorsey, himself, stays active in the community working with numerous charities and organizations.

“These guys really paved the way as far as success. Ira will say that Breed was a mentor of his but they grew up at a similar time and circumstance,” adds Dr. Zeldes. “They are both lyrically adept and were influenced by the environment of the day which is a big part of what separates the Midwest style from any other.” 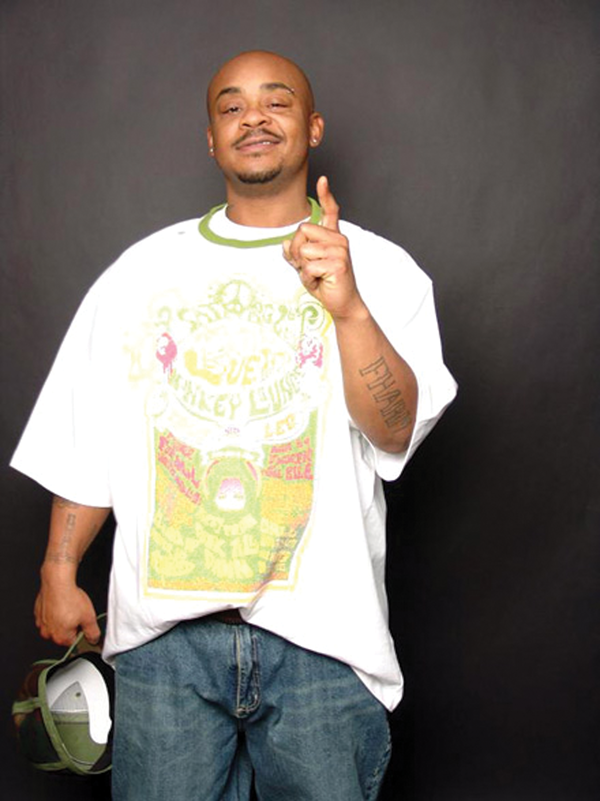 So, what characterizes the Midwest rap style?

“It’s just grittier,” says Dr. Zeldes. “The Flint, or Midwest style, truly reflects the times. The artists lived the lives they rap about. The lyrics can be overwhelming, but they are truth. They tell the stories about what they have experienced.” This is most evident in MC Breed’s song “That’s Life” which tells stories of people he knew and life growing up in post-General Motors Flint. When asked about the severity of his own lyrics, rapper Ira “Bootleg” Dorsey said, “this is the world I see. How am I supposed to rap about sweet things? You can’t fake it in Flint.” Besides the reality of the rhymes, the accompanying music is also unique. “The Midwest style is also more complex with funkier vibes than what you would hear from the coasts,” adds Dr. Zeldes. “MC Breed really emphasized rapid storytelling and a funky beat.”

The Rap on Flint Project includes a collection of in-depth interviews with Flint rap pioneers and culminates with a documentary entitled, “Breed and Bootleg: The Legacy of Flint Rap Music” detailing the past missteps and triumphs of its focal artists. “It is such a wonderful story about Flint and the characters who built the sound of a generation,” says Dr. Zeldes. Rap on Flint was made possible by Michigan State University, MSU College of Communication Arts & Sciences, and MSU Honors College. The project is funded in part by Michigan Humanities Council, an affiliate of the National Endowment for the Humanities. Originally set to debut in April, 2020 at the Detroit Film Festival, the documentary will instead debut in Flint in the near future. 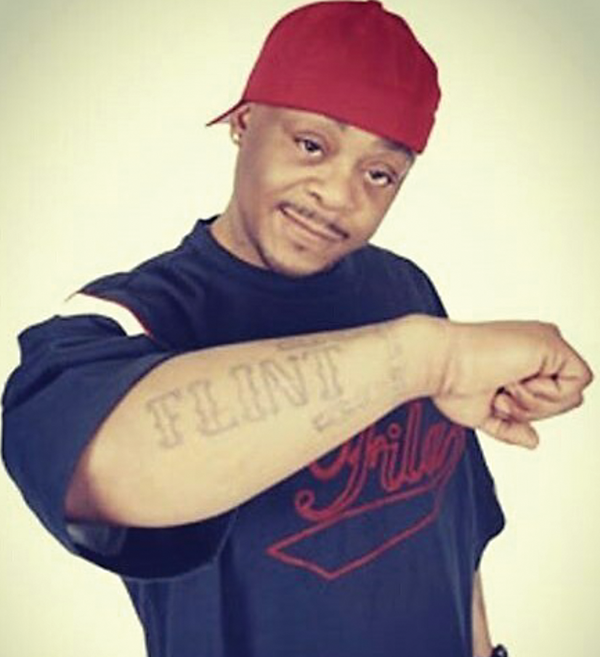 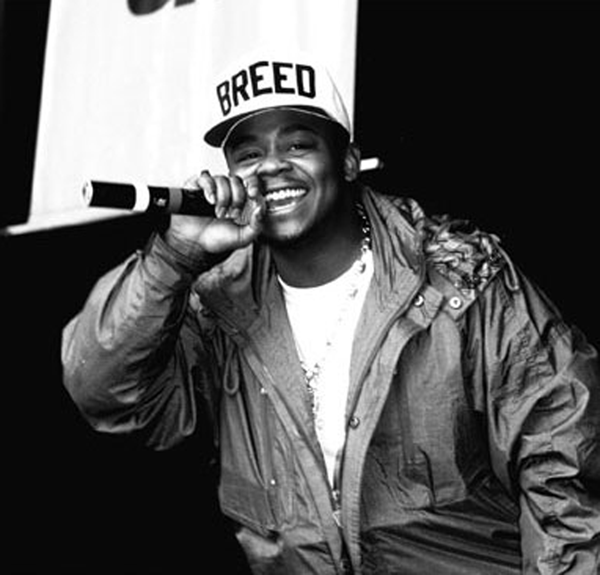 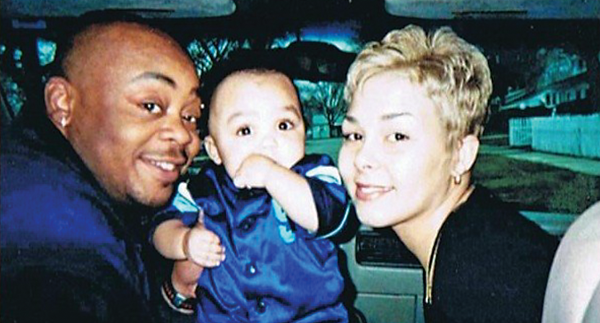 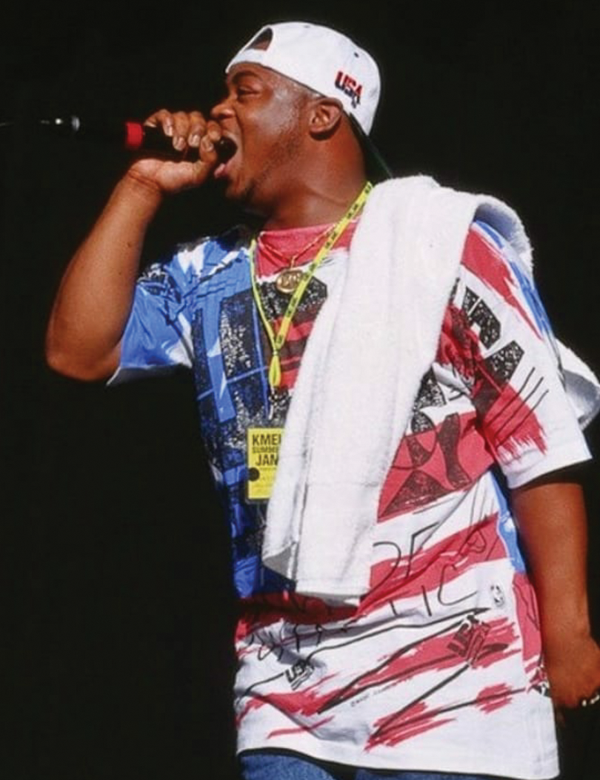 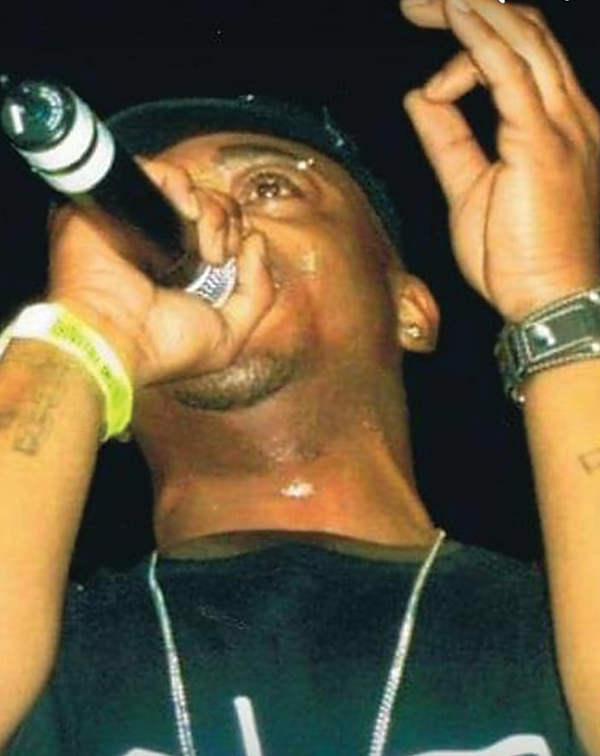 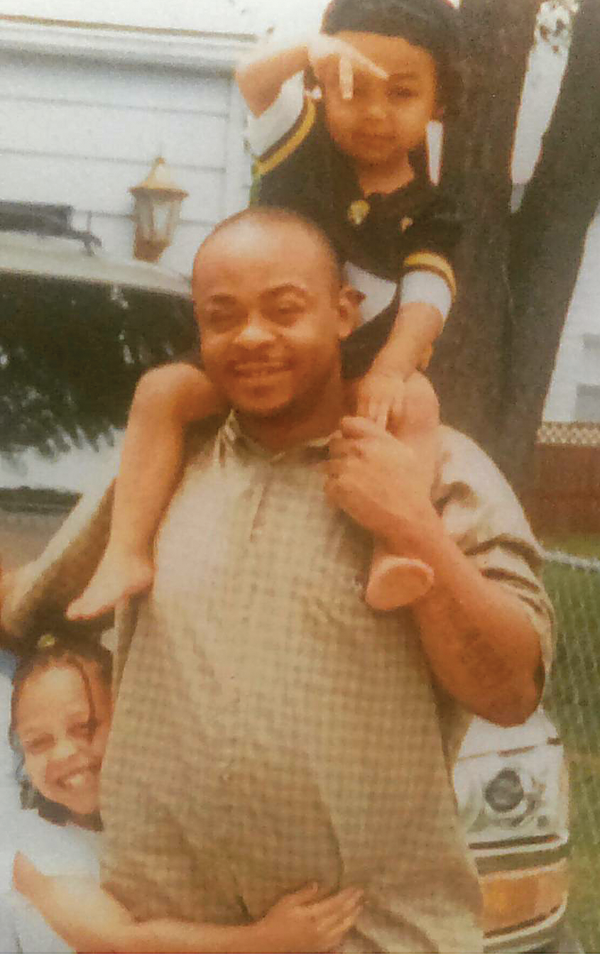 Throughout the process, Dr. Zeldes became inspired by the subject matter – so much so that she is writing a book entitled Flow and Flint Town set to release in 2022. In the book, Zeldes asks rap artists and producers how they get into their musical and mental flows and she vies to reconstruct the evolution of the rap talent in Flint, from the 1980s to the artists teaching today’s generation and, according to Dr. Zeldes, hip-hop in Flint is currently undergoing a renaissance. The talent shows of the past are being replaced by new after-school music programs backed by recording studios such as Bangtown Productions. The Flint style created by MC Breed, The Dayton Family and others is finding a whole new, young audience led by acolytes of the early days such as Flint’s Jon Connor. “When talking to Connor,” says Dr. Zeldes, “you get the feeling that Flint hip-hop is on its way back. He believes that in the next couple of years, Flint will be a mecca of talent.” 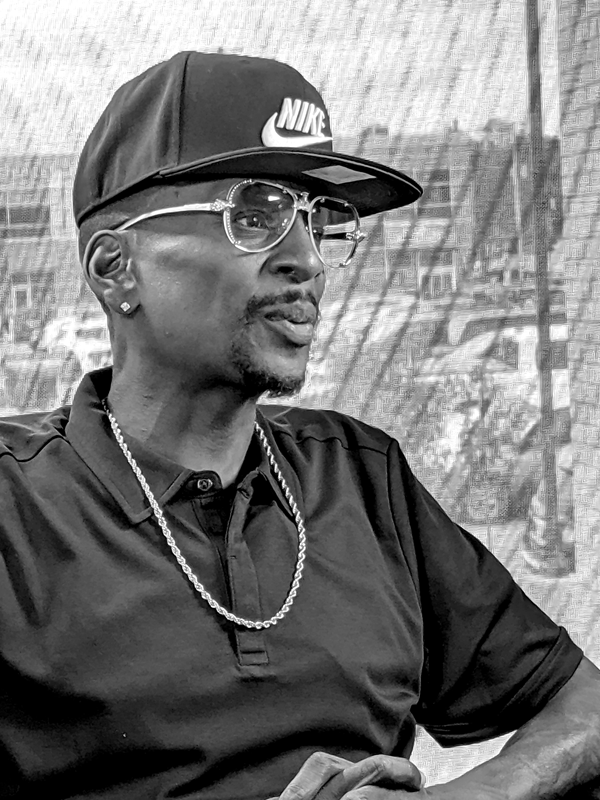 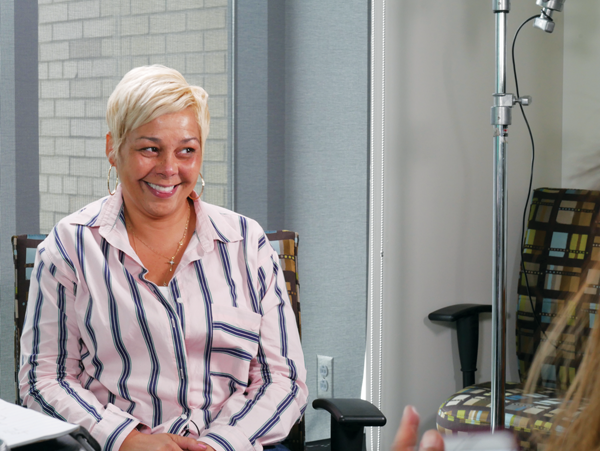 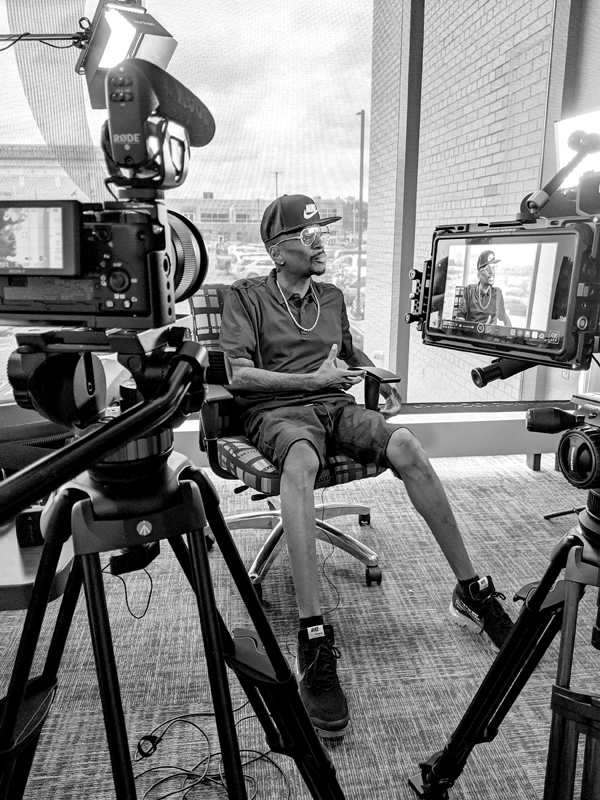 Flint rap, like the city, is rebounding with the help of a community of survivors. The door opened by its hip-hop pioneers is there still waiting for new talent to pass through. MC Breed and all he influenced are proud to hold it open for them.

For news and more information, photos and in-depth interviews with the film’s participants, visit raponflint.com.