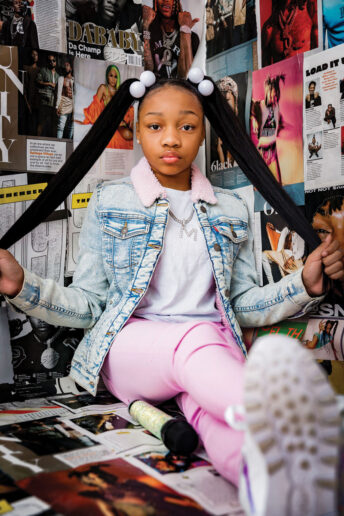 Right before the beat drops and you hear that signature phrase, you know you are in for an exciting performance. Tha Beast Lani is the stage name for aspiring Flint rapper Milan Reaves and for her, the past year has been a busy one. She has been recording, writing songs and performing in local venues and as far away as Atlanta, GA. She has released seven singles and as many music videos. She has thousands of followers on Instagram and TikTok and fans throughout the U.S. Oh, and she’s only ten years old – so she’s got school, to boot. “I like school because it’s fun being with the other kids, but this year I’ve been learning from home,” she says.

It all started a year ago after Lani listened to her Uncle Ramone (known as Elite) perform. “She wrote and presented two songs, ‘Big Bands’ and ‘Good Grades,’” says her mother and manager, Raquel Reaves. “I was blown away. We all were. She was serious about it, so we jumped in and have had our foot on the gas ever since.” Her father, a music producer known as Do Good, helped with the production and Lani provided the rest. She was a natural. “The music just works for her,” says her mother. “She writes about the things she loves to do and wants to talk about.” 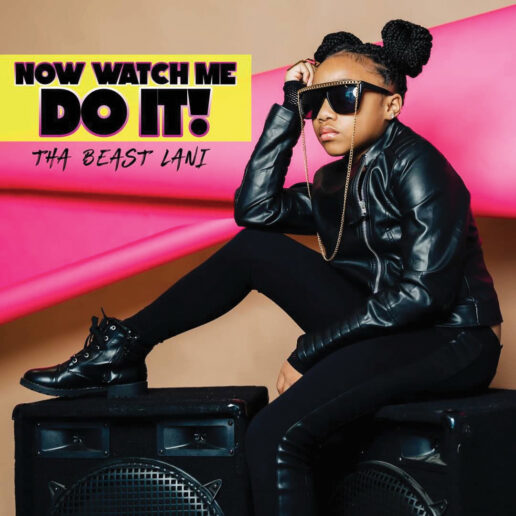 Soon, Reaves was making a name for herself on the internet and filming fun, engaging videos with the Beast Squad (her best friends) and the Glamorous Dancing Divas (her dance performance troupe) throughout Flint from side streets to Downtown. She chose the stage name “Tha Beast Lani” because her zodiac sign is Leo and she’s an absolute beast on the mic. “I love to rap and dance, but mostly rap,” she says. “I like to write about things that happen to me. It’s all fun stuff.” Reaves performs with other young rappers in Flint and Atlanta including collaborating with her older brother, who goes by the name Svpreme.

Recently, Reaves performed at the Kidz Choice Awards in Atlanta where she won the Next Rock Star award. “I didn’t even know about it until I found out that I was nominated,” she says. “I went and performed four songs and I was really excited. A lot of people don’t know me yet and I wanted them to get to hear me.” Adds her mom, “She has a lot of fans in Atlanta. I reached out and they gave her a performance slot.” During the show, Lani performed her songs, “Lollipop,” “I Can’t Help It,” “Right Now,” and her favorite, “Watch Me Do It.” “It’s my favorite. It’s a dance and hype song,” Reaves says. “Anyone can relate to it.”

As Reaves’ presence in the hip hop scene grows, so does the notoriety and with that comes the good and the bad. “She gets a lot of great comments on her videos and on social media but she also gets some not-so-good,” says mom. “I shield her from a lot of it, but not all of it. I want her to know that throughout life, not everyone will agree with what you are doing and you can’t let that dismay you from following your dream. I want her to learn how to use it as motivation.” And, Tha Beast Lani is definitely motivated. She has plans to finish a full length, ten-song album by the end of summer. “She’s still working on the singles to fill it,” Raquel adds. 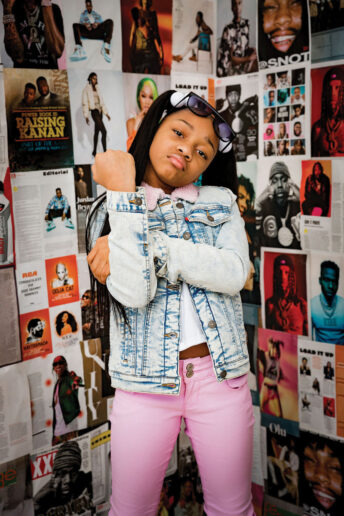 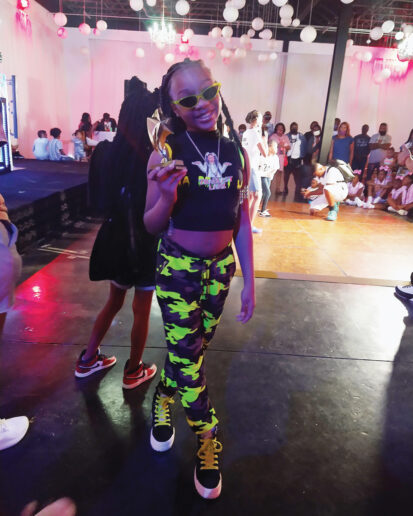 It comes as no surprise that Flint is producing another talented hip hop artist – never mind her age. The city has a long history of rap standouts stretching back to the early 80s. “There is a lot of talent in Flint. We just need to support each other more,” says Raquel. “We just need the right person to break out and Lani could be the one if she keeps working at it. The right opportunity has to come along and a person has to be ready to seize it. I see her as a star and I want the world to see my baby as a star. She has all the talent she needs.” And, what does Tha Beast want? “I want to have fun with my friends and help Flint,” she says. “Flint is a good place, it just needs more stuff, really. I want to help people and the community. I want to get big and give.”

Milan Reaves isn’t going to stop. She plans to work hard, get good grades in school, continue writing songs and make a difference – and nothing will stand in her way. All we have to do is sit back … and watch her do it.