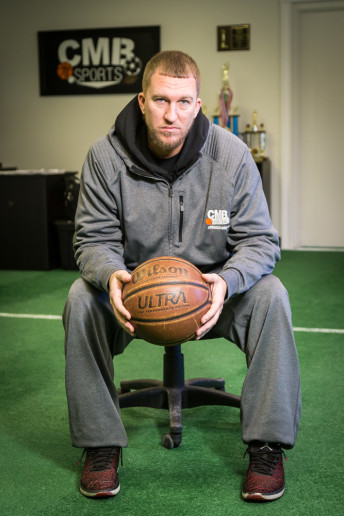 “Coach Chris helps me on and off the court,” says Johnson, who is proud to wear jersey number 30 and credits McLavish with helping improve his manners, public speaking and grades, as well as holding him accountable and talking to him about pursuing college. “He’s teaching me to be a better man. He’s like a dad to me.”

As a student at Flint Northwestern, McLavish was coached as a point guard under the late hall-of-famer, Grover Kirkland, and helped his high school team earn a Top 10 ranking in the United States two years in a row, and back-to-back City and Saginaw Valley Championship titles. “I was the only white kid who walked the halls at Flint Northwestern in the late 90s,” he states. He continued his basketball career at the University of South Alabama.

Two years ago, McLavish founded the non-profit CMB Basketball, which offers inner-city kids a chance to learn the game four nights per week at the gymnasium inside Flint’s Cathedral of Faith Church. He created CMB Runnin’ Rebels AAU basketball teams for the graduating classes of 2023, 2025 and girls 2022 and 2023. He’s developed his players into the current successful county and state-wide championship teams.

The ball started rolling with a telephone call to McLavish from Sean Croudy, Director of Community Recreation for the City of Flint.

“Sean asked if I’d like to be part of a joint effort to start a free, city-wide basketball league for third-grade through high school youth,” says McLavish, who knew Croudy from his earlier basketball career.

The CMB coach and leader figured this was the path to take to help expand his vision and provide opportunities, through basketball, to more area youth. 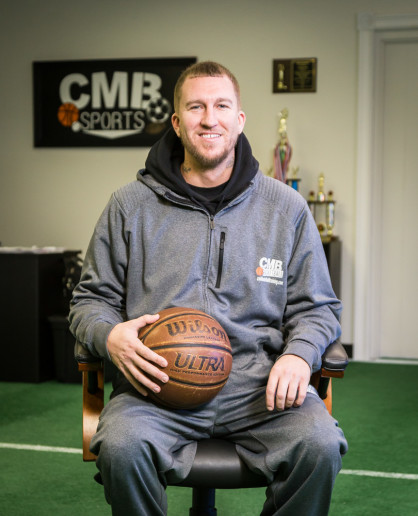 A grant from ReCast, which supports at-risk youth and families, made the idea of city-wide basketball league become a reality. The league was formed to give kids a no-cost, safe option, rather than playing video games or hanging out on the streets. “I called Chris because I knew that his basketball connections, knowledge and leadership would be beneficial,” Croudy says. “It was a no-brainer to me that he could help make things happen this with his network of Flint, AAU and CANUSA coaches.”

It didn’t take long before a ten-week league with 30 teams and 300 excited kids took shape. “It’s designed to be a friendly competition, but there’s something deeper planned to help kids learn to make good life choices and build life skills,” Croudy adds.

The first city-organized game in more than 15 years was held on January 6 at the Cathedral of Faith gymnasium. Younger players have games at Eagle’s Nest Academy in Flint. Between games, which are typically played 9am-5pm on Saturdays, both sites host mini workshop-style sessions taught by area leaders to help kids learn about self-esteem, healthy food options, physical fitness and leading an active lifestyle, focusing on academic achievements and more.

Whether McLavish is helping his CMB Runnin’ Rebels program or the innovative City-wide Basketball League, he has one simple goal on which he’s never lost focus.

“I want to teach kids to give back and get an education,” he shares. “That’s how you can overcome obstacles. I’ve personally seen broken homes, divorced families, abuse, murder – I’ve lived right here in the middle of it all; but in the end, I’ve learned it’s about persevering through it, being determined to change and make a difference – to come out on top and beat the odds of all those negative influences. I’m here, and CMB Basketball will, hopefully, grow and help more kids do exactly that.

“I built a program by believing in these kids,” McLavish adds. “I saw potential in them, so I worked with them from the bottom up to teach them fundamentals, how to work hard and create a culture and an expectation of success. Not just in basketball, but in life.”

For example, when the CMB Runnin’ Rebels team was at a restaurant while traveling to a tournament, a server dropped a tray of food. “Without any direction from me, the boys got up to help her,” McLavish recalls. “One player went to get a mop and assist her in cleaning up. A man dining nearby noticed all of this and said he’d like to pay for the whole team’s bill because he was so impressed by how respectful and well-mannered the kids were in that situation. I’m always emphasizing the significance of treating other people the way you want to be treated.”

McLavish says most of his players, “come from single-parent homes where there’s no father around, the mother is the head of the household, and she’s working hard just to survive and pay bills.” 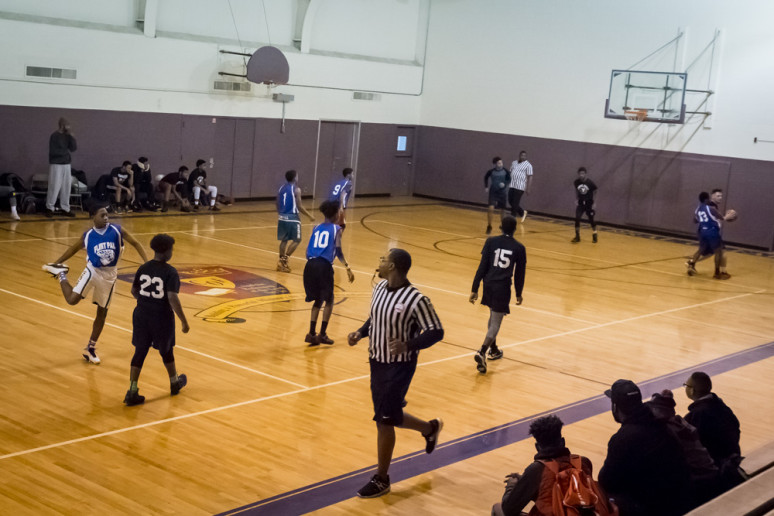 He believes in Flint and indicates there is a pool of talented athletes waiting to be discovered. Some of the players McLavish coached in the past year went on to play for the North Coast Blue Chips basketball organization – the team NBA superstar LeBron James’ sons compete in – and CMB Basketball was featured on ESPN’s award-winning sports series Outside the Lines.

As notable as that sounds, Cam Johnson says, “Coach tells us not to worry about the score. He teaches us to go out there and do our job. It’s easy to do that when we know he’s behind us.” The CMB Runnin’ Rebels recently beat an opponent by 62 points, but Johnson and his team keep a sense of humbleness about it all.

“Coach wants the best for us,” says Johnson, who admires the intense passion his basketball coach possesses. “He helps me understand how I’ve got to want it more than he does. I want to be part of the best team in the nation and eventually earn a college scholarship – those are my goals.”

Johnson’s mother, Angelina, considers McLavish a blessing who is actively helping her son to improve his grades, behavior, leadership abilities, get prepared for college and figure how to achieve those goals. “He encourages him, promotes the importance of education, talks to his teachers, gets him tutoring, helps him get basketball shoes, opens up his home to him and often feeds him meals, takes him to school or practice and genuinely cares about his well-being,” she says.

McLavish interacts with and cares about every player.

“He’s a father-figure to everyone on the team,” says Jalen Flowers, who plays the position of small forward and is a seventh-grader at New Standard Academy. “He helps teach us right from wrong and he keeps us away from the wrong crowd.” 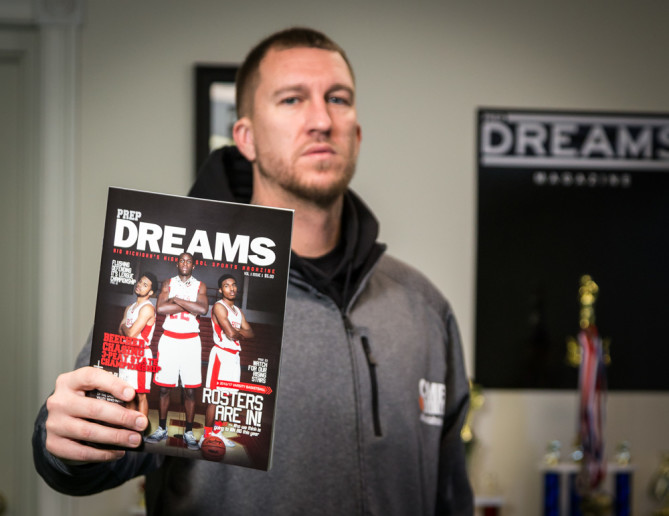 McLavish’s generous, open-home philosophy goes for all the CMB Runnin’ Rebels players he coaches, mentors and happily serves as a male role model to 365 days per year. He takes them to the movies and celebrates their birthdays. He, too, is a single parent and understands the dynamics of a one-parent home. It’s natural, he says, to treat his players like one of his own three children. “I have high expectations for all of them,” he explains. “Basketball is an outlet for these kids. I use the platform of basketball, which requires a lot of self-discipline, to also teach them about life. Some of these kids live on streets with empty, abandoned houses and are scared to go home. I work hard to keep them safe, be there when I say I’m going to be there, and I never say ‘no’ to a kid who calls me and says he needs to come over, needs a ride, a meal, or whatever.”

He continues, “Sometimes, I feel I’m all they’ve got; but lately, I’ve realized they’re all I’ve got. I don’t have a ton of funds, but we’re slowly working on that through applying for local grants and getting sponsors. They’re teaching me more than I’m teaching them, and just when I don’t think I have any more funds or energy to continue this, somehow, God reveals to me a better way, an answer or a path I should take.”