On October 24, an excited group of young entrepreneurs presented their business concepts to a panel of judges and a community audience, in hopes of becoming one of two winners of the first ever Fenton Shark Tank competition.

Prior to the event, My City Magazine met with The Freedom Center’s James Wiegand to get the backstory on how the competition came to be. According to Wiegand, Fenton Shark Tank truly began last April over breakfast with a group of local, successful, “high-end entrepreneurs.” The 23-year-old is a previous videographer for The Freedom Center (TFC) and founder of Fenton Challenge, a faith-based networking and leadership group through TFC. “I invited everyone I knew who was a higher-end entrepreneur and got about 20 people who were really excited about being a part of it,” Weigand says. He called the group, “THE Breakfast” (The High-end Entrepreneur Breakfast), and what began as a place for sharing business concerns and support, evolved when one of the entrepreneurs suggested they shift their focus toward creating an event for the community. 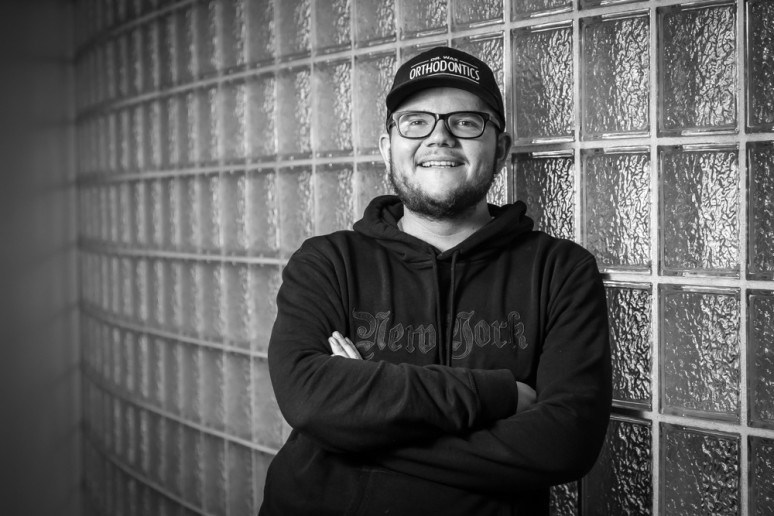 “We really wanted to inspire entrepreneurship in a younger generation,” Wiegand states. “We wanted to focus on a certain age demographic, so we opened it up to 15-to-30-year-olds. I’m finding that there are a lot of young entrepreneurs who just have no idea where to start or how to develop their company.” Although Wiegand says the age limit was the only push-back he heard from the community, he insists, “we will be doing another event, probably in about six months, that includes all age groups. But, for our first event, we wanted to make sure that we got a response from our focused demographic.”

Wiegand says that everyone who submitted an application will benefit from the judges’ expertise. “We felt that everyone who comes up should get resources to help grow their business and take them farther,” he explains. “We want to honor everyone who applies, with feedback from the group. And the winners, besides financial support, will be invited to our breakfast to see what it’s like to be at a table with people who have been entrepreneurs for multiple years.”

The group of 12 Shark Tank judges includes: Bernard Drew, John Wentworth, Josh Spencer, Kendra Pelch, Dr. Nicole Wax, Patrick Widing, Ronny Medawar, Ryan LaFontaine, Ryan Maddock, Toni Widing, Tony Allor and Jason Zicarelli. “These people have been with me since April,” Wiegand explains. “Luckily, our judges have only been involved in the creation process, because I really wanted their impression of the applicants to be based only on what they saw on stage at the event. We want it to be unbiased, so that the person who wins is really the winner.”

To produce the event, Fenton Shark Tank worked with Flint Soup, a non-profit organization that funds micro-grants for creative projects and start-ups. “There has been a team of people helping me,” Wiegand says. “We have a major partnership with Flint Soup, and Adrian Montague and James Shuttleworth have both been very integral in the planning to make sure it went off without a hitch. Their years of experience was invaluable.” 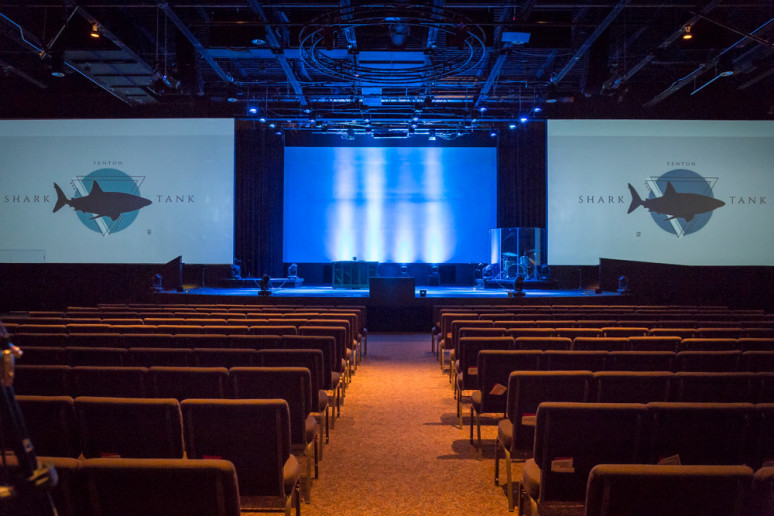 Held at The Freedom Center in Fenton, the event began with an hour of networking and food provided by local eateries. The event was then divided into two parts, with the youngest applicants presenting first. Each young entrepreneur had five minutes to pitch their concept, and then had four minutes of Q&A time with the judges.

The winners each received $1,000 each to start their business. Then, proceeds from ticket sales and attendee donations will come through a “trickle-down program.” Wiegand explains, “we set specific goals for the business and will make sure that it keeps up the pace. As they reach each goal, we will give them more finances to help them get to the next goal. Flint Soup will handle the finances, because they’ve been doing this so long, and this is the way they do it, too.”

According to Wiegand, “Fenton Challenge donated $1,000 and the other $1,000 was donated by Flint Soup. Both organizations received community grant money earlier this year, specifically to support entrepreneurs.”

the freedom center stage, set for the fenton shark tank event on october 24.
“We really want to inspire entrepreneurship in a younger generation.”
JAMES WIEGAND