Indian Curry Bowl, Quinoa Stuffed Squash, Raspberry Cobbler Bars, Thai Broccoli Rice and Turmeric Smoothies. These are just a few bites (and drinks) of deliciousness on the menu at Sweet Peaces, a vegan, organic and gluten-free eatery located in the Farmers’ Market in Downtown Flint. The eatery is well-known for its handmade, delicious vegan food made in small batches. Owned by Victoria Eaton, who lives in Holly with her husband Deepak Thapaliya, the eatery is also a one-stop vegan grocery store. 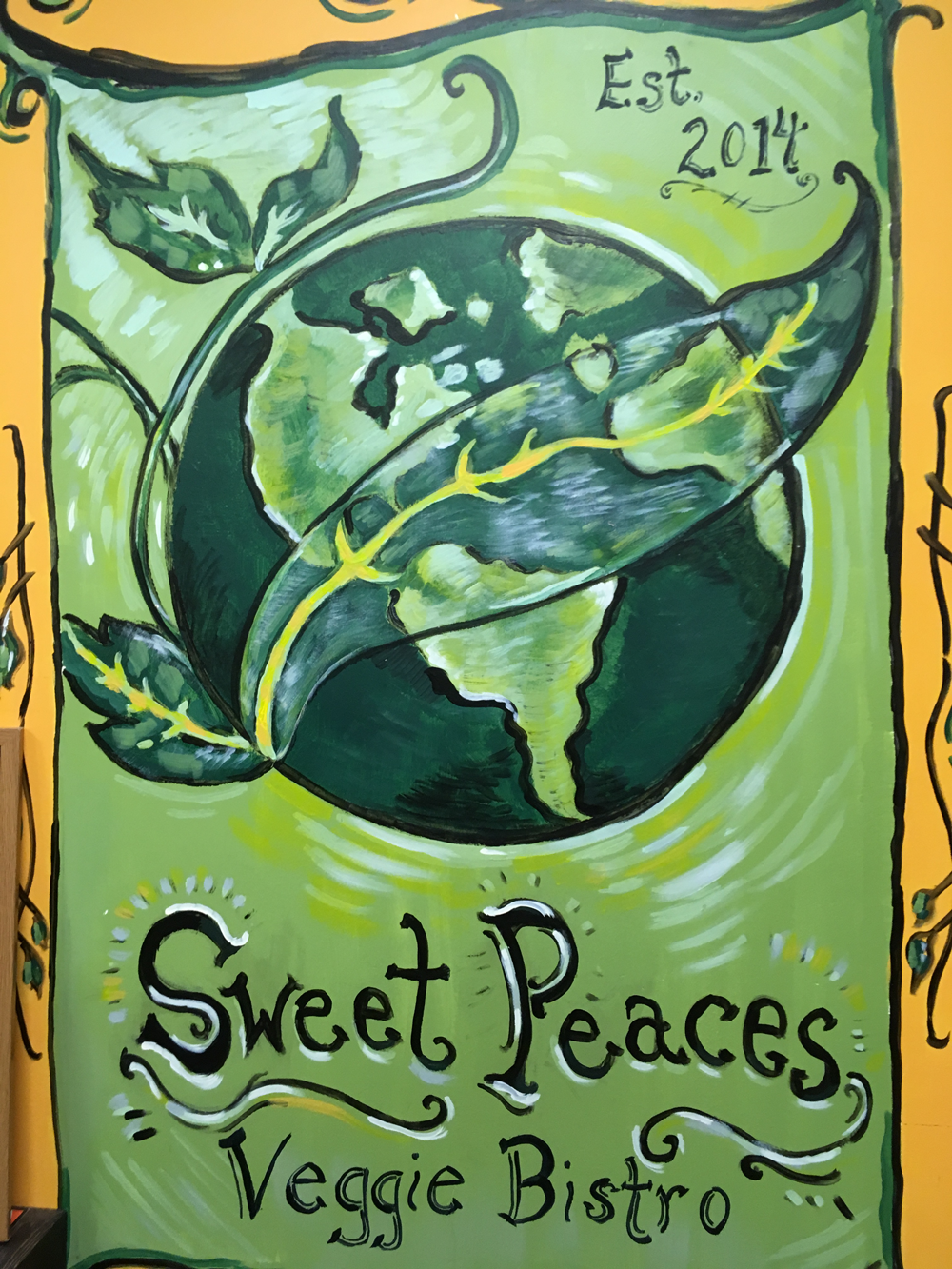 Eaton was a vegetarian for 28 years and also worked for various Indian restaurants. She became vegan after eliminating all dairy products from her diet and shortly thereafter, eliminated wheat, as well. A friend asked her to share some of her recipes which soon led to Eaton teaching plant-based and Indian cooking classes. Wanting to get more involved in the agricultural aspect of food, she attended a farm agricultural meeting at the Flint Farmers’ Market. “My main concerns are environmental sustainability and plant-based eating,” she shares.

Eaton decided she would like to open her own restaurant. She met Dick Ramsdell, the former Flint Farmers’ Market manager, at an agricultural meeting and he mentioned that his daughter was vegan. He also told her a spot had opened up at the Market if she was interested. “It all fell into place,” Eaton says. “I knew there was a need for this type of food in the area.”

The vegan cook opened Sweet Peaces in July 2014. She and her husband do all of the food preparation with the help of two other employees. Deepak, who is from Nepal, has brought Nepalese cuisine (which is similar to Indian fare, but healthier without the use of rich creams) to the restaurant. Eaton describes the food they make as “internationally-inspired, plant-based cuisine.” 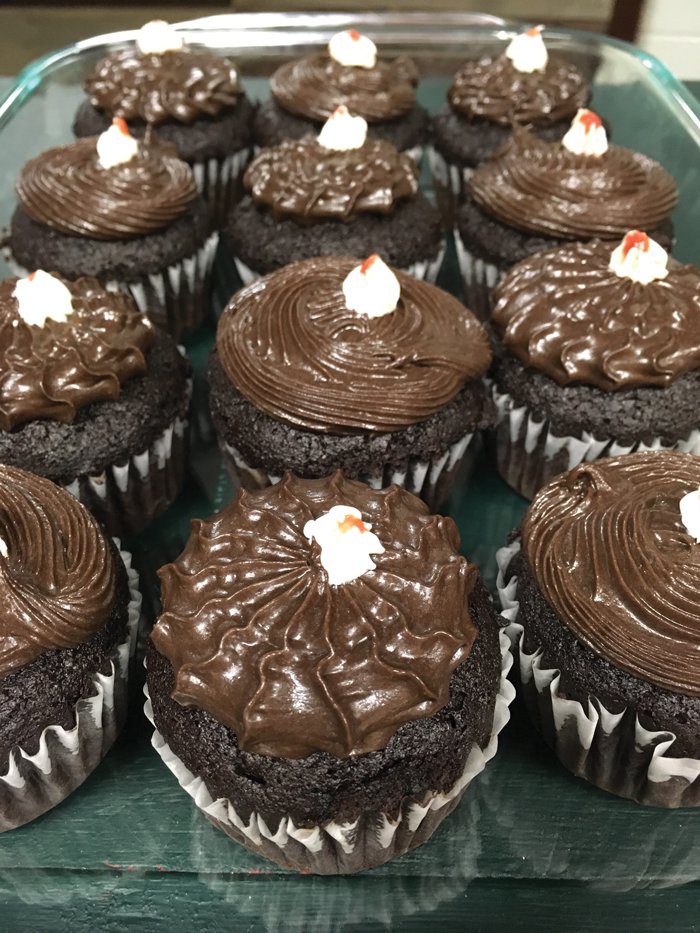 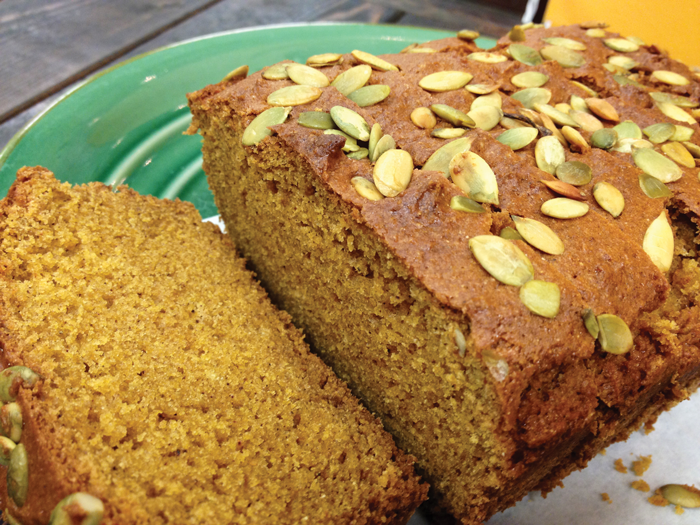 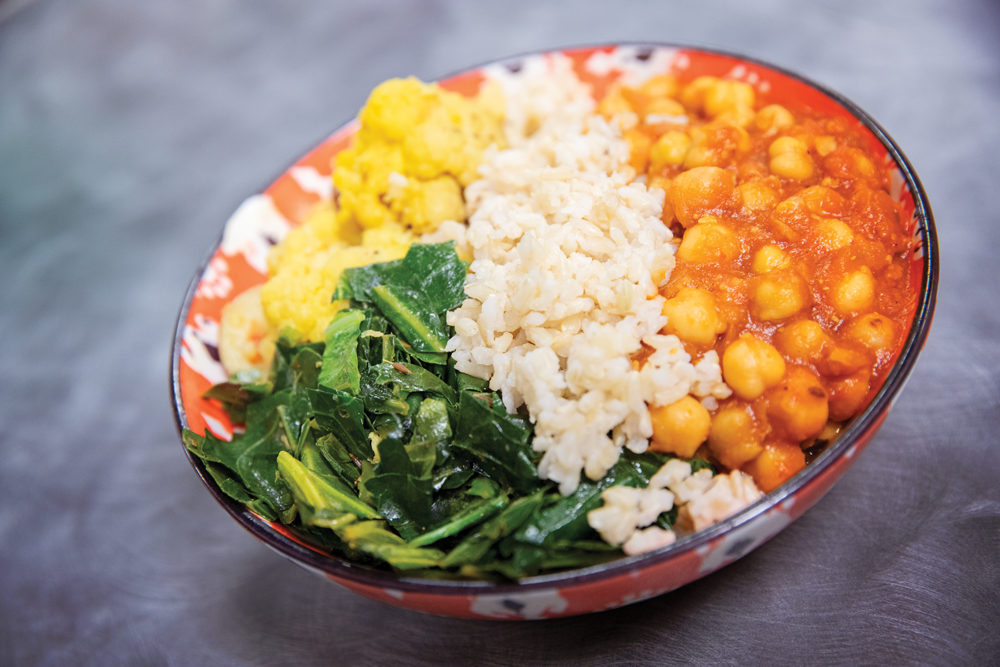 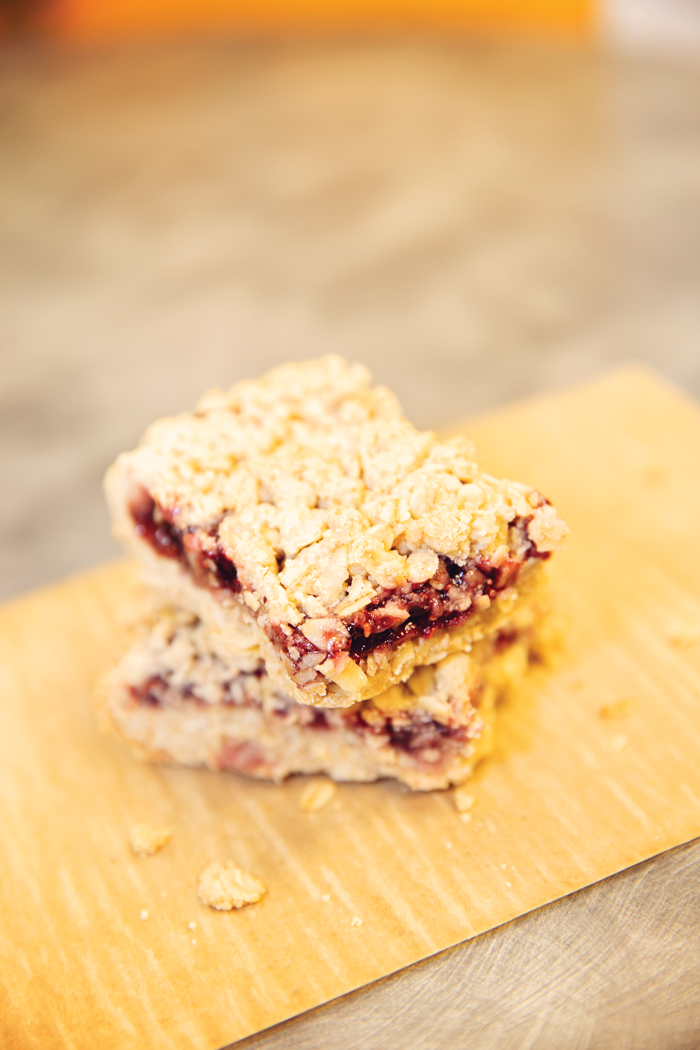 “We create dishes with the flavors of Mexico, Greece and Nepalese cuisines without using any animal products or cheese,” she notes. Her husband, who Eaton describes as a very good cook, is also a featured chef at the historic Holly Hotel on the weekends.

One of the restaurant’s most popular dishes is the Indian Curry Bowl – a combination of garbanzo beans, brown rice, chana masala and cooked greens. “It’s like a buffet plate all in one bowl,” Eaton says. Every Market day (Tuesday, Thursday, Saturday), a special menu is posted at the eatery and on their Facebook page, including a soup, appetizer, three entrées and two to five baked goods. They also offer Market Specials made with seasonal vegetables. In November, the Market Special will include: Chicken Soft Tacos (made with jackfruit) and Acapulco Caesar Salad – Romaine lettuce, roasted red peppers, pepitas, hand-fried tortillas and vegan Parmesan, dressed with a rich pumpkin seed dressing. An October favorite dish was roasted delicata squash filled with quinoa pilaf, onions and roasted pepper, topped with a rich, chipotle cream sauce and pepitas. 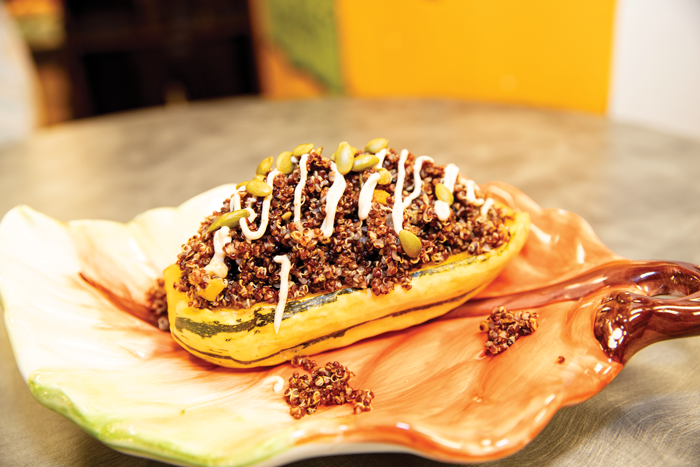 “This restaurant needed to happen,” Eaton says. “There are so many people who are allergic to so many things.” And the overall Market experience has been wonderful for her. “They (Flint Farmers’ Market) set the platform for me to open,” she states. “They could see the value and made it easy for me. It’s a joy to come to work.” And their many regular customers enjoy the delicious food they prepare. “We were welcomed by the community.” 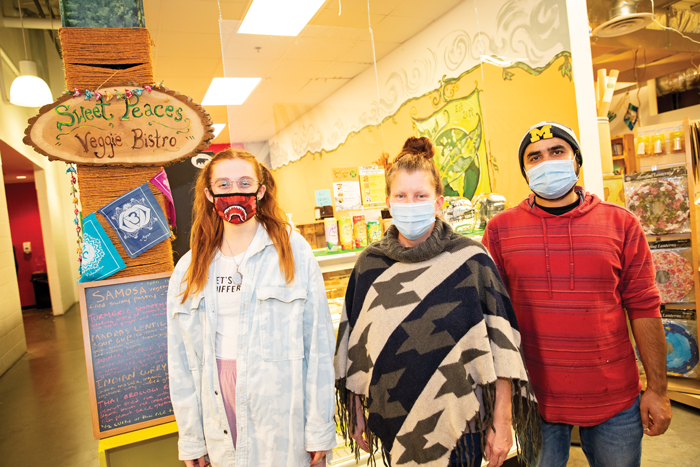 During the pandemic, Sweet Peaces was closed for three months. Unable to sit and do nothing, Eaton began recording video cooking classes which can be viewed on Instagram and YouTube, and are posted on their Facebook page. She has already featured 50 vegan recipes and plans to add more, and is also working on a cookbook of classic Sweet Peaces recipes. And Eaton says the restaurant is not going anywhere else but Flint anytime soon. “We are poised to continue providing locally produced, handmade vegan food at the Flint Farmers’ Market. I also want to thank everyone who has supported us and comes each week to enjoy our food and share a little bit of their life with us.”