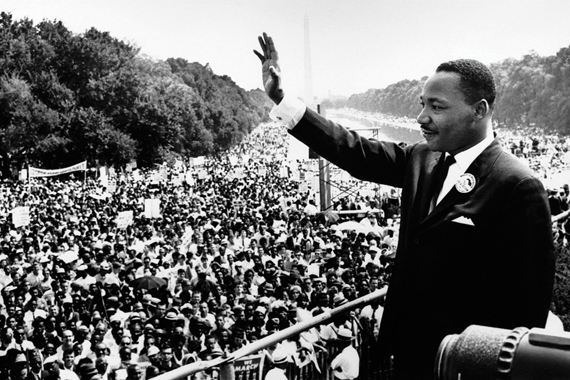 America has always been a country for dreamers; at its inception, our founding fathers dreamed of a nation unlike any other in the world at the time: one where everyone’s dreams could come true.

Liberty, the greatest and loftiest American dream, became the foundation of some of the most moving American rhetoric. In the crucible of the Revolutionary War, Patrick Henry cried almost in despair to the Second Virginia Convention, “Is life so dear, or peace so sweet, as to be purchased at the price of chains and slavery? Forbid it, Almighty God! I know not what course others may take; but as for me, give me liberty or give me death!” Thomas Jefferson immortalized the word in the Declaration of Independence: “We hold these truths to be self-evident: that all men are created equal, that they are endowed by their Creator with certain inalienable rights, that among these are life, liberty, and the pursuit of happiness …” Subsequent orators left the indelible imprint of their words on the American consciousness. Lincoln, on the grounds of the Gettysburg battlefield, when it seemed as if the dream were crumbling, declared his hope “that this nation, under God, shall have a new birth of freedom – and that government of the people, by the people, for the people, shall not perish from the earth.”

Then there’s the King of dreams. Dr. Martin Luther King, Jr. was a pastor, visionary and speaker, and in modern America, his most famous speech is so closely associated with his life that it has come to define him. But has it confined him? What exactly follows, “I have a dream…”? Has the dream been forgotten, hidden under the monumental shadow of its own four words?

It is our solemn duty to remember our history, for as George Santayana said, “Those who cannot remember the past are condemned to repeat it.” Let us examine the dream, and evaluate our nation, and ourselves.

I have a dream that one day this nation will rise up and live out the true meaning of its creed: “We hold these truths to be self-evident, that all men are created equal.”

I have a dream that my four little children will one day live in a nation where they will not be judged by the color of their skin but by the content of their character.

I have a dream today!

I have a dream that one day, down in Alabama, with its vicious racists, with its governor having his lips dripping with the words of “interposition” and “nullification” – one day right there in Alabama little black boys and black girls will be able to join hands with little white boys and white girls as sisters and brothers.

I have a dream today!

In reading these words, I am reminded how far we’ve come, and yet I fear that in declaring King a Civil Rights leader we have diluted the potency of his words by confining their efficacy to racial issues. Unabashedly I say that it was King’s belief in Christ, the Creator who created equally, which prompted him to cast his dream, and his final statement is more powerful than any preceding.

In one way we are equal. At the end of days, we shall all stand and see the glory of the Lord, who judges each man on the content of their character: “The LORD does not look at the things people look at. People look at the outward appearance, but the LORD looks at the heart.” The work to make our country a sweet land of liberty should be an effort to bring Christ’s kingdom here: “Thy kingdom come, Thy will be done, on earth as it is in heaven.”