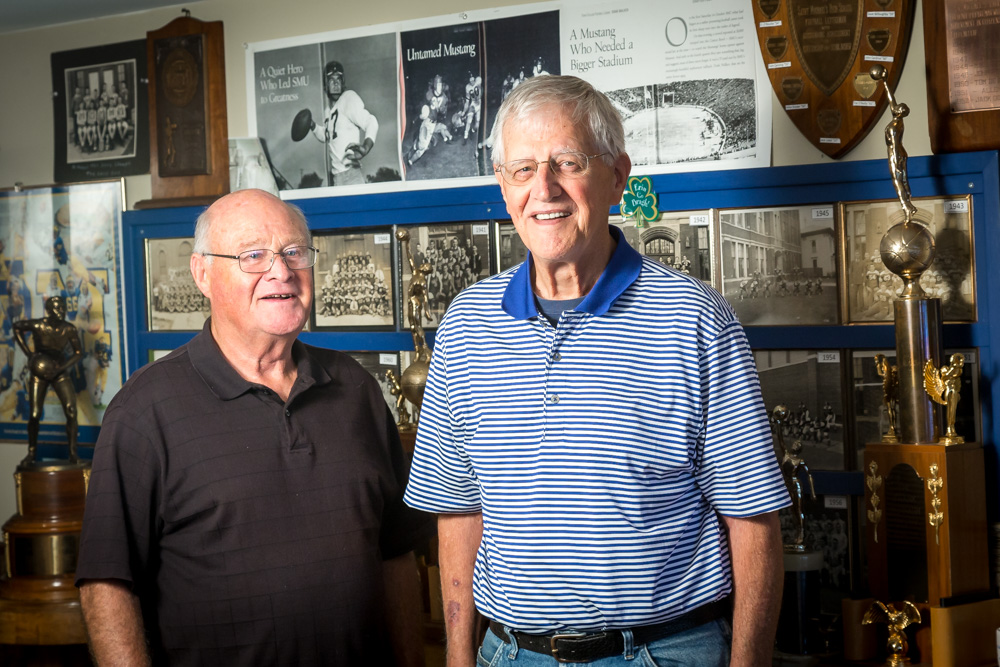 A little piece of Flint history is gone forever. Last March, the original St. Michael’s Catholic School in Downtown Flint was demolished, leaving Catholic Charities to operate in the remaining wing. The building housed the K-12 parochial school for 40 years, and when that closed, became the School of Choice until it closed in 1970. The building was deemed too costly to renovate and needed to be razed. Dick Knight, who graduated from St. Mike’s in 1958, was one of many people who watched as the structure was destroyed, mourning the loss of a place that held many fond memories for him and helped shape him into the person he is today.

My City Magazine chatted with Knight at his Lake Fenton home about his memories of the school. Even though former students were given the opportunity to claim items at the school prior to its demolition, there were many things including old yearbooks, photographs and trophies that were going to be thrown away. He just couldn’t let that happen, and the basement of his home is now filled with St. Michael’s artifacts. It has become his hobby to sort them with the intention of getting trophies and photos into the hands of people who want them. 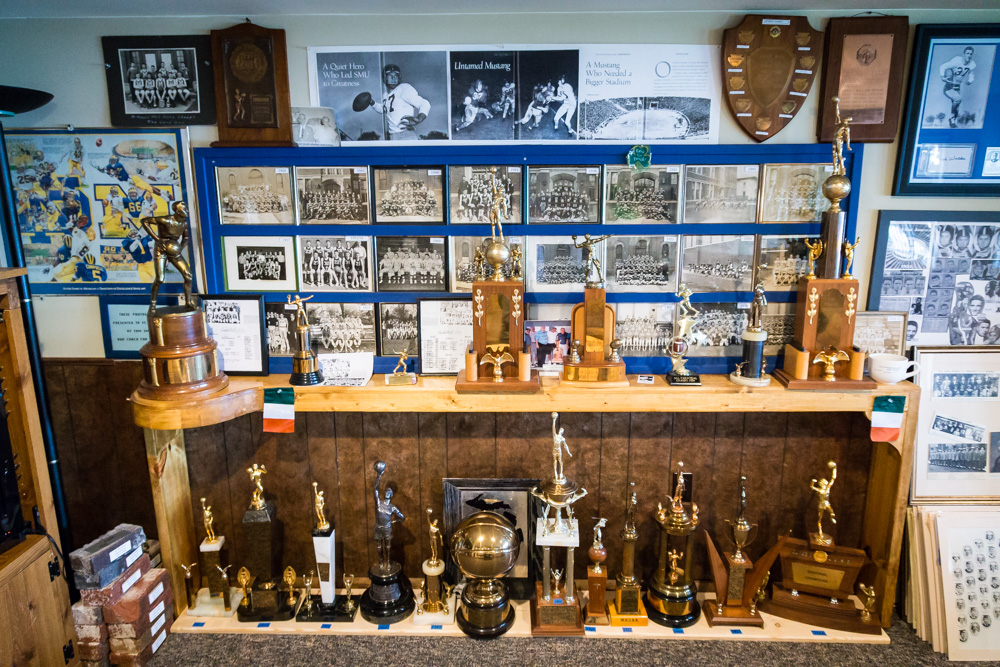 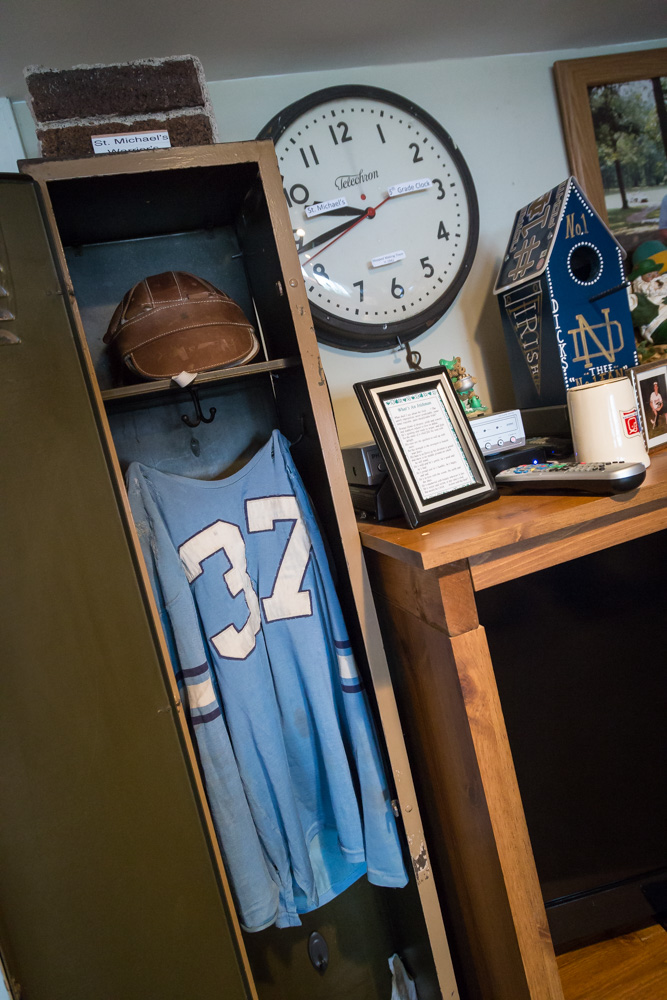 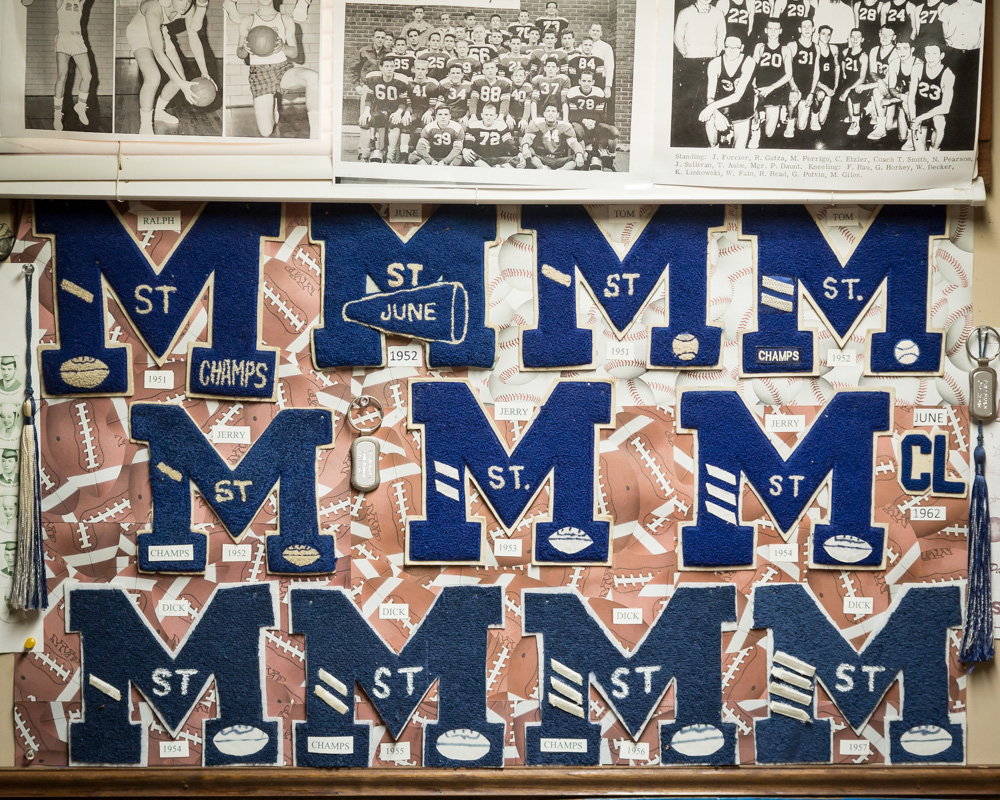 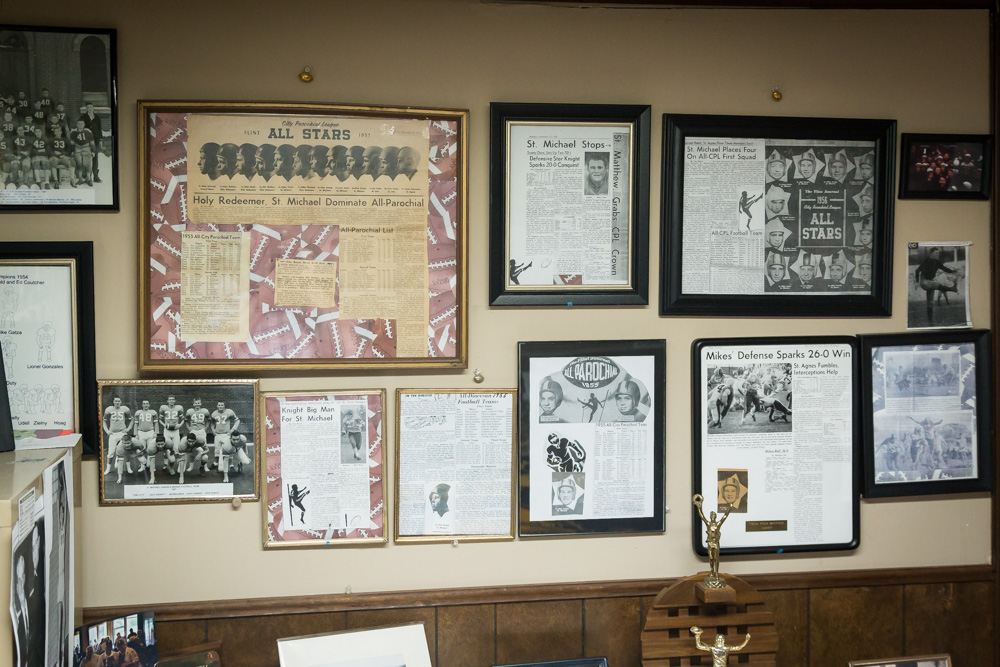 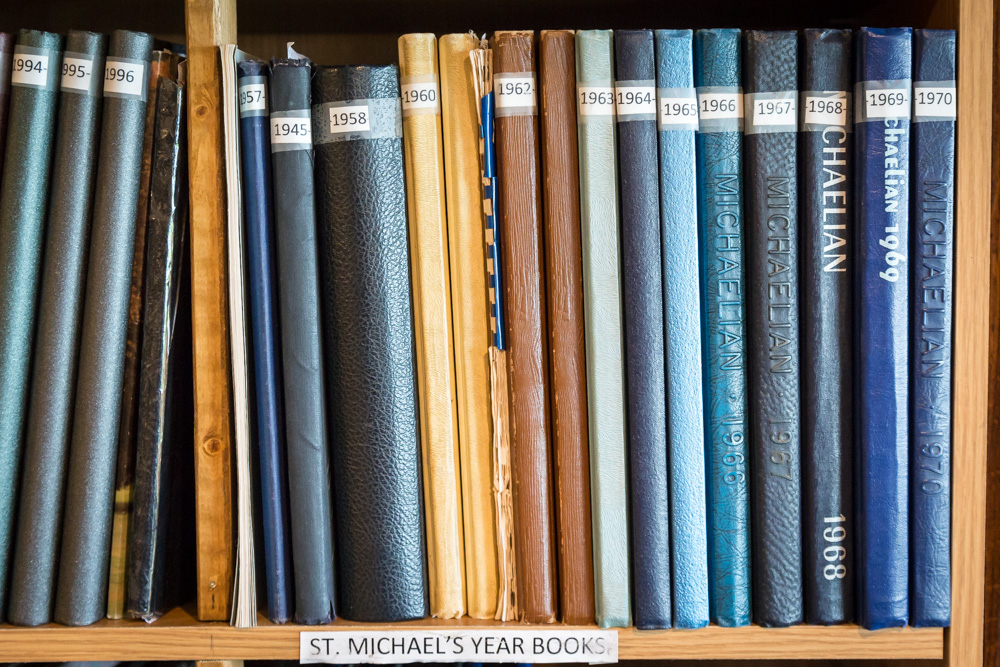 Knight’s mother, Elizabeth Horrigan, was a 1926 graduate of the school. “My whole family went to St. Michael’s!” Knight exclaims. “It was my mother’s alma mater and she insisted that my siblings and I be educated there, even though we lived on the outskirts of town in Burton. St. Mike’s taught us a lot. We always got a ride to school from Dad, but we caught a bus, hitchhiked or walked home.”

Knight and his brothers all played sports at St. Mike’s. Even though he is a self-proclaimed “short guy,” he was given the opportunity to play football. Before the building was razed, he took one of the lockers, which now holds his football jersey (No. 37), his football shoes and a football. Knight says that some of his fondest memories are of the school’s beloved coach, Tom Smith. “Tom Smith was one of the best,” he remembers. “He wasn’t just a coach, he was a character-builder. He taught us all how to act.”

“What was instilled in me at St. Mike’s is what
I have passed on to my own kids.”
Dick Knight

He also has many memories of the nuns at the school. “Ninety-nine percent of the teachers were nuns. The sisters did a very good job with us,” Knight remembers. “They were tough, but fair, and weren’t afraid to crack your knuckle with a ruler if you were out of line. They gave up their whole lives to teach us.” He also remembers staying after school with the nuns if he didn’t do his homework. “We didn’t leave until the work was done. They were adamant about education,” he reports. He also recalls that all of the students were clean-cut – the boys dressed in white shirts and ties. “It was all about discipline. If you wore blue jeans, you got sent home to change; and there was no talking back.”

Robert Daunt grew up just two blocks from the school and is a 1954 St. Michael’s grad. There were 14 kids in his family and they all attended the school. “It’s part of my history and my growing up experience,” he says, “and I still go to church there.”

Knight graduated in a class of 78 students and what he remembers most is that everybody mingled and everybody got along. “It was like a big family.” He is now very active in keeping in touch with his classmates. When the class president passed away, Knight took over setting up the reunions with the help of classmate, Judy Lipe. They have reunions every five years and an annual luncheon. Some classes meet for coffee on a weekly basis. “We’re still in contact with everyone,” he admits.

As he reminisces about what the school means to him, Knight becomes a little emotional. “My experience at St. Mike’s helped me raise my family,” he shares. “It’s a carry over. What was instilled in me there is what I have passed on to my own kids.”