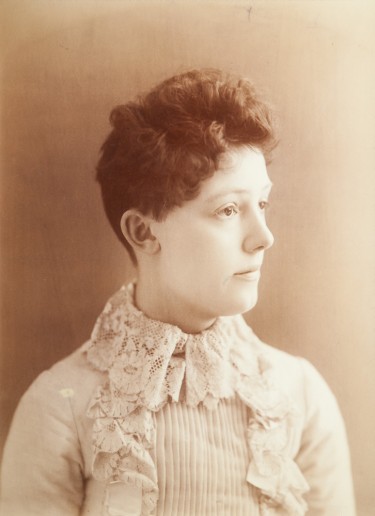 The St. Cecilia Society of Flint was founded in October, 1890, when 12 ladies met at the home of Nellie Bates, also known as Mrs. J. Dallas Dort. The ladies paid weekly dues of five cents and their original objective was “the study and improvement of music.” That objective continued to be upheld through the Society’s coordination with the Flint Institute of Music in the early 1970s. Since then, they have held meetings in a special room at the FIM dedicated to the Society.

Located in the J. Dallas Dort Music Center, the St. Cecilia Society Room is cozy. The furnishings include plush chairs and couches, a sleek, black grand piano, and paintings on the walls – some of which are artists’ depictions of St. Cecilia herself. Most of the furniture has been donated to the Society, along with endowments that past members leave for music awards and the William C. Byrd Young Artist Competition. The competition is funded by the St. Cecilia Society and works in conjunction with Flint Symphony Orchestra and the Flint Institute of Music. The next competition will take place on March 5, 2016.

The Society is named after the patron saint of music, St. Cecilia, a Roman woman who lived around the year 176 A.D., and is believed to have sung the praises of God. Around 230 A.D., she suffered martyrdom as a result of the persecution of Christians by the Roman Empire. Stories about her are unclear with regard to her association with music, but some artists have depicted her playing the harp. From the 16th century on, music societies in various countries are named after St. Cecilia.

Delaina Oberman and Judy Wolbert are only two of the many men and women who make up the St. Cecilia Society of Flint. Delaina, the immediate-past president, has been a performing member for more than 30 years. She also is the newsletter editor and a counselor for one of the Junior St. Cecilia clubs. The Society sponsors Junior St. Cecilia Society, which was organized in 1893, for elementary and junior high school students. Student Musicale is for high school and college students.

Judy Wolbert is the current president, and has been involved for about seven years. She attends conventions when she can, she is on the yearbook committee, and conducts and organizes the meetings. Judy was second vice president before accepting her current presidential position. For some time before, she helped with the junior clubs. She is also a performer in Flint Festival Choir and Flint Mastersingers.

Original Society membership was limited to 35 women; but currently, there are 140 members, both men and women. According to Judy, “It’s an organization of men and women who like music and want to support music performances in the community.” Although the number of Society members has decreased, “the culture is still there,” Judy says. There are five different membership types: performing, privileged, associate, student, and honorary. Performing members have obligations to perform at least once a year in one of the monthly programs. Privileged members were once performing members, but have “retired,” and no longer perform. Anyone can be an associate member, and attend the programs or volunteer. 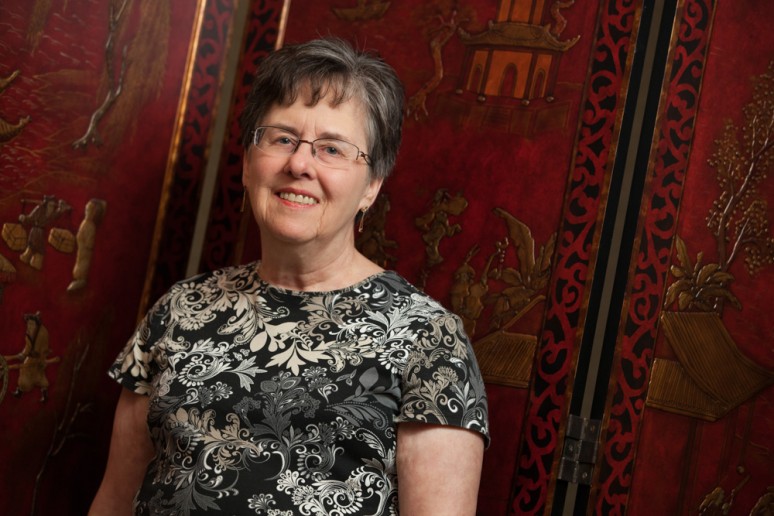 You do not have to be a performer to be part of the Society, and although its name has religious roots, it is not a religious organization. The performing members attend regular meetings and must audition. Meetings are held in the St. Cecilia room on the second Friday of every month, when discussions include auditions for potential performing members, budget issues and membership issues are discussed. “It’s great, because performers and non-performers can learn from each other,” Delaina says. “It opens your eyes. People think it’s just old, ritzy, grey-haired ladies with fur coats, and it’s not.”

The monthly programs are open to the public. “All of our programs are free – including refreshments afterward! And they’re good,” Judy says. “The performers are excellent, and it’s short, usually an hour, maybe a little more – always very interesting. You learn a lot. And it’s enjoyable.”

With Junior St. Cecilia Society, they hope to get younger performers interested, so they can continue to support music in the community. “The junior clubs are really neat,” Judy says. “And it’s really good, because I remember my recitals and feeling nervous. It really helps to get used to playing to small groups of people.” The junior clubs are a chance for younger music-lovers to gain performance experience. “It’s getting challenging these days with all the technology kids can use and interact with, but I think we’re holding our own,” Delaina says.

When the Society first began, it was mostly piano, voice, and a few strings. In 1891, the Detroit Philharmonic Club came to Flint and sponsored a public concert. After that, the Society changed their objective in 1892: “The object of this club shall be the study of music and all things relative to the improvement of that art.” St. Cecilia is one of the oldest organizations in the state and a member of the Michigan Federation Music Club, which is part of the National Federation Music Club. “I think bringing that first function from the Detroit Philharmonic started the public interest in that kind of music – classical music,” Judy says. “St. Cecilia Society was one of the first organizations that brought classical performances and opera into the Flint area,” Delaina adds.

Although St. Cecilia of Flint wasn’t the first, largest, or most prestigious group dedicated to music, it has outlasted all the others. “In the early years, it was kind of an oxymoron,” Delaina adds, “because [Flint] was blue collar. It was industrial because of General Motors. I think the perception is that those people were interested in the culture part of it. They were, and they supported it.”

Recently, the Society has been pushing for younger members to participate. “We keep some really good traditions going, but we’re also trying to expand on those traditions,” says Delaina. She and Judy both agree that the Society is continuing to respect tradition, while working in a new direction. “A lot of things have changed since the beginning. The world changes and we have to change with it,” Judy says. “We’ve come a long way. If we want to move forward and continue performing for the next 125 years, we need to have some vision and direction,” Delaina adds.

Preparations for the anniversary program on Friday, October 9 have the St. Cecilia Society members ready and anxious. “It will be awesome if we have very good attendance,” Delaina shares. The 125th Anniversary Celebration at the FIM begins at 7pm, with free admission and a reception to follow.