Adam Cooper is full of stories from his two decades guiding members of the Flint Falcons swim program – kids who joined for simple reasons, only to enjoy long-lasting, splashing success.

In fact, Plamondon, now a Flushing High School senior, does not recall exactly why he signed up for the program 12 years ago, but he placed in the top 12 in two events at last year’s YMCA Long Course National Meet and is a target of college recruiters.

White joined the Falcons while in high school “just to get in shape for football and basketball,” but wound up swimming for Alma College and is now the head coach at Converse College in Spartanburg, SC.

Weaver decided to give the Falcons a try after her brother Cameron joined, because she “wanted to do whatever my brother did,” only to eventually become a 12-time national champion, national youth record-holder, Olympic Trials participant and member of the powerhouse University of Georgia program.

“Our mission is to provide a place for children to excel in the sport of swimming, learn to be a part of team and achieve their full potential,” says Cooper, a Swartz Creek native and former Oakland University swimmer. “We have swimmers who are close to meeting Olympic Trials qualifying standards down to entry level; but we help each one set and achieve goals through pushing themselves out of their comfort zones to accomplish more.”

Currently, there are roughly 160 youth swimmers in the program – double the number when Cooper joined the staff in 1995 and a far cry from the handful participating when what eventually became the Falcons began nearly 60 years ago as a male-only YMCA team. 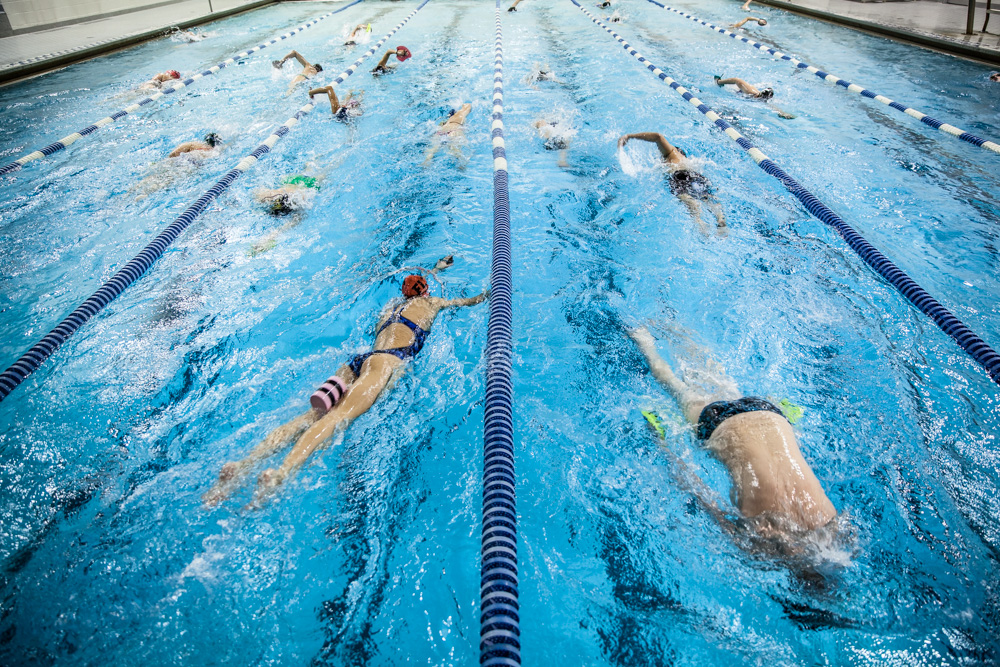 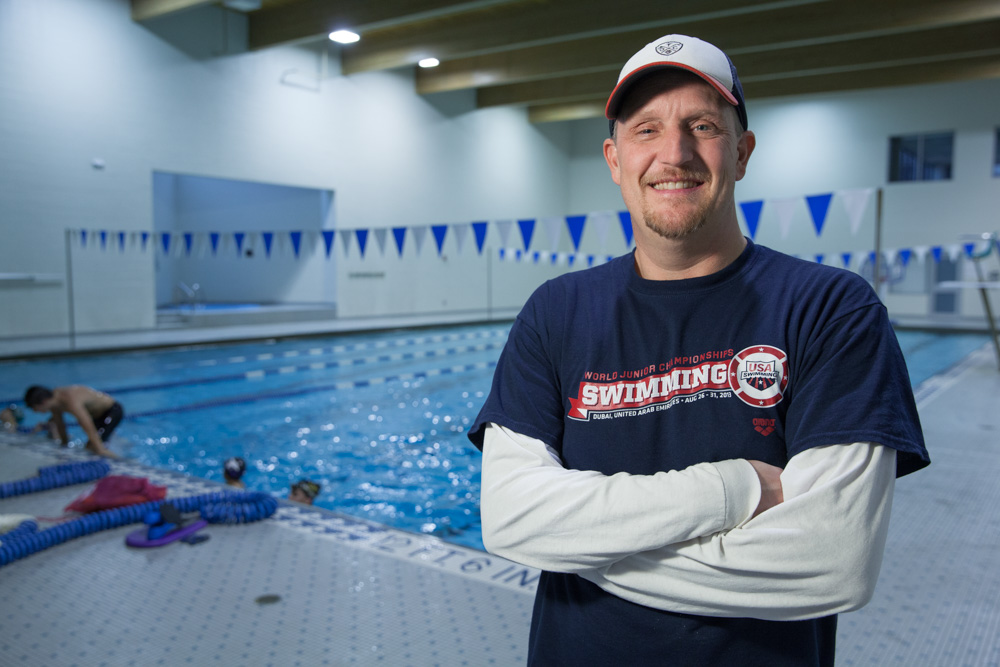 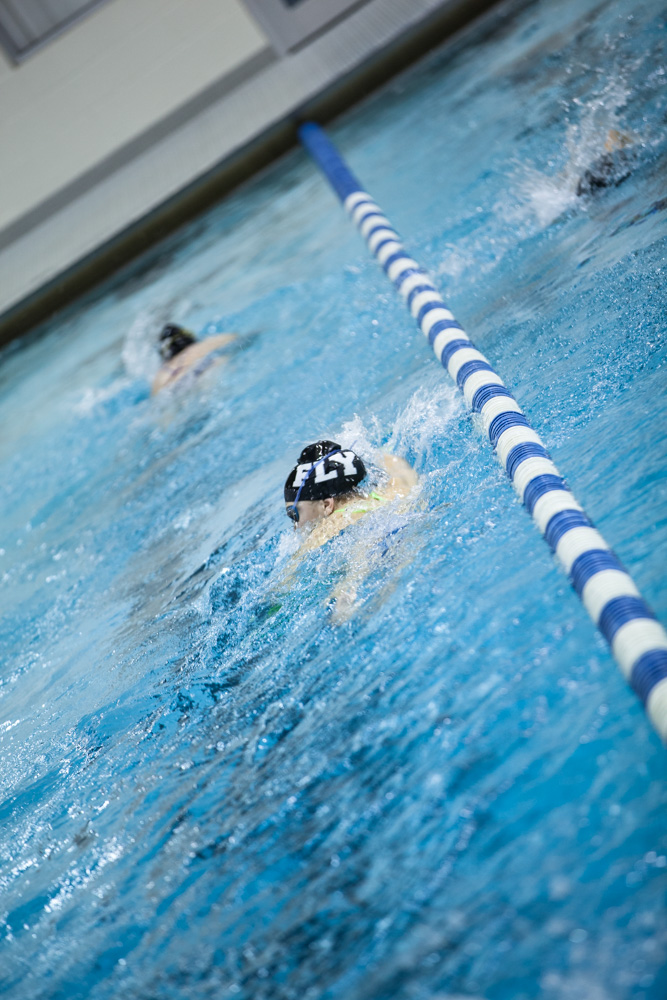 “Obviously, our program would not be what is without our parent board doing an amazing job and a coaching staff that has not seen much turnover, and who really allow us to work with swimmers on a more individualized basis,” Cooper explains. “We also have great working relationships with area high school teams, which makes it much easier for kids who want to swim for their school teams and for us. We’ve also worked things out to use area pools and have great support from the YMCA. All of that has helped us be successful.”

Earlier this year, the Falcons placed 33rd of 113 teams at the YMCA Long Course Nationals and boasted 47 first-place finishes at the Great Lakes Zone Meet comprised of swimmers from four states, and placed third as a team. The Falcons were second at the state meet, as well.

“It’s a combination of swimmers, parents and coaches all being committed and on the same page that makes it work, and our swimmers working hard to attain their individual goals breeds the team success,” Cooper says. “The parents have no problem with us pushing their kids to work hard and be the best they can be. We have hundreds of parents who volunteer to help us with various things, as well, and we can count on them to put their foot down, if need be, to be sure their kids are at practice.”

One of those kids was Weaver, now a college sophomore who helped Georgia place second at the NCAA Championships last season while also making second-team All-Southeastern Conference and swimming 100- and 200-meter butterfly times among the school’s all-time ten best. The Davison grad reached the 200-butterfly semifinals at the Olympic Trials and has qualified for the 2016 Trials. Weaver also won two relay bronze medals at the 2013 World Junior Championships where Cooper was a member of the Team USA coaching staff.

And this all began with a five-year-old Weaver trying to emulate brother Cameron, who later swam for Wayne State. “It started when my brother’s best friend, Jordan Guttrich (who later swam for the University of Massachusetts) told him he should swim for the Falcons,” says Weaver, who still holds the national age 15-18 100-yard butterfly long course record (52.51). My brother joined and the following year, I joined. I wanted to do whatever my brother did when I was little, so I was ecstatic that we could be on the same team.”

Cooper is quick to point out the significance of Weaver and Yunker competing in the Trials.

“The exposure Courtney and Andrew received from that really put the Falcons on the map and created a real college network for our kids,” he says. “After Courtney made the semifinals, my phone was blowing up with calls and texts from college coaches and her making the U.S. team for the Junior World Championships the next year didn’t hurt, either.”

For her part, Weaver treasures other aspects of being with the Falcons as much as the winning, records and accolades. “One of the most important things I think I ever heard Coach Cooper say was that nobody is forcing you to do this. You swim because you love it and because you have fun doing it,” Weaver says. “I live by this motto, because it speaks volumes to so many different aspects of life. The best memories I will take away will be goofing around and laughing with my teammates. Anyone you ask will say that I am all laughs and I love to joke around. Just being in the presence of people with such lighthearted attitudes makes it easy to relax and do what you truly love.” 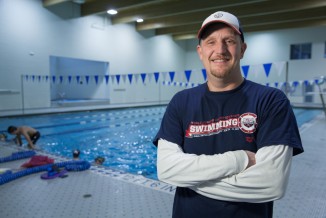 White, who has coached three honorable mention Division 2 All-Americans and three conference champions in six seasons at Converse, remains thankful for Cooper and former Falcons assistant, Matt Pearce. “They were the ones who set me on the path that led me to where I am today,” says White, a multi-sport athlete at Grand Blanc High. “I can’t thank Coach Cooper enough for his advice as a coach and mentor, and I certainly never thought I would become this involved in swimming when I joined the Falcons. Adam is the standard of what head a club coach should be.”

Plamondon is another who never envisioned swimming becoming such a major part of his life when he joined the Falcons. He was fourth of 69 competitors in the 200-butterfly at the Long Course Nationals and 12th in the 100-butterfly.

“I think my joining was a case of my parents just signing me up,” he says. “I like being around everybody as a team and Coach Cooper really knows what he’s doing. I have accomplished a lot with his help and know that he can help me achieve future goals like the Olympic Trials and earning a college scholarship. That’s why I will continue to stick around.”

Plamondon and others can count on Cooper sticking around for the long haul. It’s clear how passionate he remains about what he’s doing.

“I discovered a love for coaching when I was in college helping out the Michigan Stingrays (in Farmington) and knew I wanted to continue, and that’s how I wound up coaching the Falcons,” says Cooper, who swam for the Falcons himself before walking on to the team at Oakland. “I have always been able to give more to the sport as a coach than as an athlete.”

Hundreds of athletes are undoubtedly glad he has.

“Our mission is to provide a place for children to excel in the sport of swimming, learn to be a part of team and achieve their full potential.” Coach Adam Cooper