Shon Hart knew he didn’t want to follow in the footsteps of his own father.

“He did the necessities – put food on the table and clothes on my back. But everything else was foreign. I didn’t know what it was like to be held closely or told that I was loved by him,” said Hart, a former Michigan State University defensive back (1993-98) who is now a motivational speaker and author of two books – Man 2 Man and From Average 2 Elite: Turn Your Losses into Lessons, who shares his story and method for increasing one’s personal performance with all kinds of people. He’s transformed people from all walks of life – from corporate businessmen to elementary school children to athletic teams to Job Corp participants, educators, health department employees and, of course, his favorite audience: dads.

What Hart set out to do, he accomplished – he became to his own three children and wife everything his father was not for him: involved, attentive, emotional and engaged. And now, he’s doing even more.

“It’s ongoing. We’re all striving to improve and be better humans,” he says.

Statistics flashing on his website indicate that boys who have no verbal affirmation, emotional or physical support from their fathers can become angry, rebellious, even suicidal young men.

His message is being heard and others are helping him elevate his mission.

In 2015, he founded a non-profit organization called InvolvedDad which grew to be the umbrella for the two newer programs he operates: Impact and Man 2 Man University.

“This work is my passion,” says Hart, who recently received a $105,000 grant from the Ruth Mott Foundation and Recast to collaborate with Genesee County Friend of the Court and dads they refer who are in need of getting current on child support and rebuilding relationships with their children.

He explains, “The Impact program focuses on helping an every-other-weekend dad become more integrated into the routines and day-to-day life of his child.” 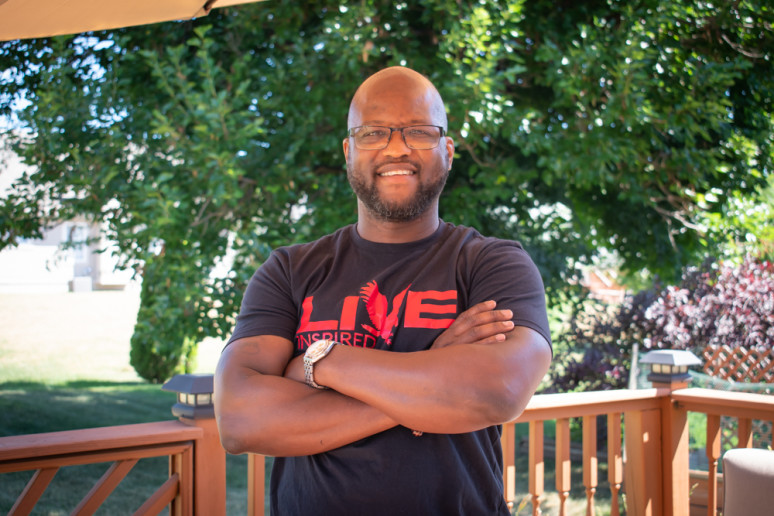 The other program, Man 2 Man University, is a ten-week course for men in need of improving their roles as fathers, husbands and men, in which they meet weekly with Hart at Café Rhema, Downtown Flint. However, he’s realized that the hurt from having an absent father can be something all kinds of people deal with – at the time, and well into adulthood. “It’s not a black, white, male or female issue. It’s a humanity issue. It crosses every age, gender, economic status and culture. Any male can attend Man 2 Man University,” he says. “It’s open to anyone looking for healing.”

Hart speaks from the heart. He educates, motivates and assists men to become better versions of themselves – “the version God intended them to be,” he says. “When that happens, everyone is better off – women, mothers, children, families, girls, boys, men and society.

His personal expedition from anger to peace is the raw platform he offers his learners.

“It’s a curriculum I created from my own journey of pain to healing,” Hart says, adding how acknowledging it wasn’t easy, and it took much intentional effort to get to where he is today. But now, he helps others break free from issues which delay or hinder their ability to be the best dad to their children: incarceration, poverty, unemployment, no education and lack of knowledge in the parenting department.

“My dad never married my mother,” Hart recalls. “I didn’t want that fragmented way of life for my own kids. The only time my dad became interested in my life was when I began to excel at sports. And, even then, his only words to me centered on being immoral. I knew I had to shut down that cycle. He was mostly absent and uninvolved in my life. I never said the word ‘dad’ – it was a foreign word to me. He was a stranger and I was broken inside because of it.”

Breaking the cycle of indifference is how Hart single-mindedly gives back to young men and fathers in Genesee County, and ultimately to himself and his own family.

The services he provides help men reintegrate into their children’s lives. “We help them let go of the past and reestablish new, healthy relationships centered on the child’s emotional connection to their father. We restore families. That’s what every kid deserves.”

Cortez Bailey, 30, is parenting three daughters ages 12, 9 and 2, and praises Hart’s method of reaching out to fathers. “As a dad, I was lacking in many areas. The InvolvedDad program has taught me that being there financially or entertaining my kids isn’t what they really want,” he says. “I’ve learned how it’s important to really get to know your kids on a one-to-one basis. My time with them is more valuable to them than anything. I’m a better dad and role model now. At first, it wasn’t easy to share during the sessions, but I soon realized the other men there were lacking in the same area as me. We started bonding and listening to each other’s stories – we all had a lot to learn and still do. Shon is a great mentor but he’s also learning from all of us, too.”

The core message Hart conveys to the dads he works with relates to a child who “visits” his father and how the father cannot be himself in a genuine manner. He becomes a performer. “The dad winds up performing or entertaining the child, rather than fathering him,” explains Hart. “He wants his child to want to be with him, so he mainly does fun things with the child. The child gets a misrepresentation of who his father really is.” Since mothers are in the home day-in-and-day-out with the children and typically care for every facet of the child’s welfare, it’s easy for these custody-mandated dads to become weary and detached.

Hart’s own father’s lack of example in the fatherhood arena became the inauguration of his journey to change. 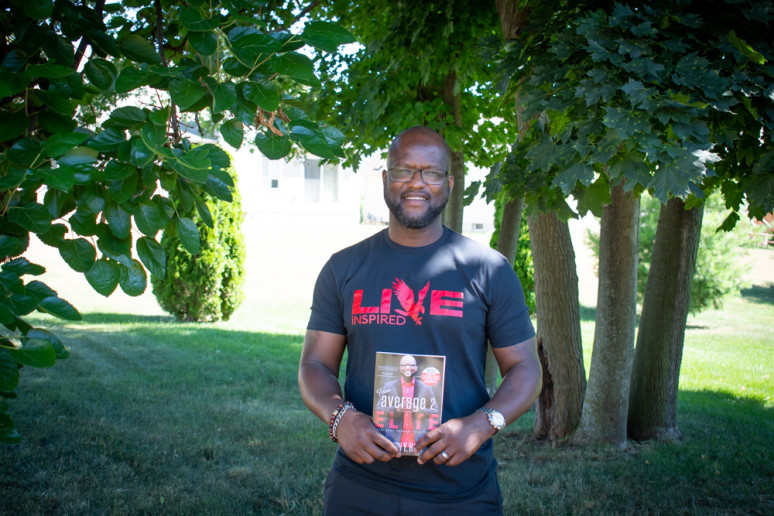 Shon has shared his inspirational message with two books on personal improvement.

“I looked at the men around me and I knew I wanted to be different,” he says, admitting that he once contemplated suicide because he didn’t know who he was or why he was created. He says he yearned for answers and a connection to his father but had identity issues because his father wasn’t present in the home. “I substituted other things for what I was missing,” said the All-American high school football player from Elizabeth, NJ, who was offered 20 college scholarships but chose MSU because it was the only school offering to academically help the kid with a 1.7 GPA. “That choice served me well,” he recalls, “because MSU helped me become the man I am today.”

Once he realized he wouldn’t be playing professional football, it all hit him. “I knew I’d have to start my life all over again – without football at the center. That was the beginning of my journey. I knew I could either be a victim or a victor.”

He read, and spent time with, talked to and interviewed men he looked up to and admired as fathers or husbands. “I started asking questions, and I found a few mentors along the way,” he says. Ironically, his father-in-law became one of his biggest teachers about manhood, fatherhood and being a husband.

As he talked to mentors and gained new skills, something unexpected happened to Hart – something most fatherless people only dream of. “My dad came to me one day and offered, in his own words, that he was proud of me. He also voiced to me how he was sorry that he wasn’t there for me in the way I needed him to be. That was huge for me. Maybe for the first time, I was free. I could move forward, and I have.”

He moved forward in big ways. He went on to write a letter of forgiveness to his brother’s killer.

“My brother was murdered when I was a college freshman,” says Hart. “Looking in the courtroom at the man who killed my brother stirred a hate in me toward the court system, criminals – I just had a lot of anger toward a lot of things. A prisoner I visited helped me begin my healing and reconciliation process. I was able to heal because of this stranger. I wrote a letter forgiving the man who killed my brother and I thought, if I can do this, I can do more. I owe it to my children to be the best person I can be, to let go of all that pain, hurt and anger. My wife and kids deserve the best man I can be for them.”

That’s the message people will hear from him; it’s the one he’s living and working to help others live, too.