It isn’t very often that one hears about a nonprofit organization founded and operated by kids. Snuggle Sacks was founded in August 2015 by Stacy Daul’s three children: Addisyn, Jaxson and Sheridan. Based in Fenton, this group’s goal is to increase awareness of homelessness in our communities and provide survival kits for those in need. 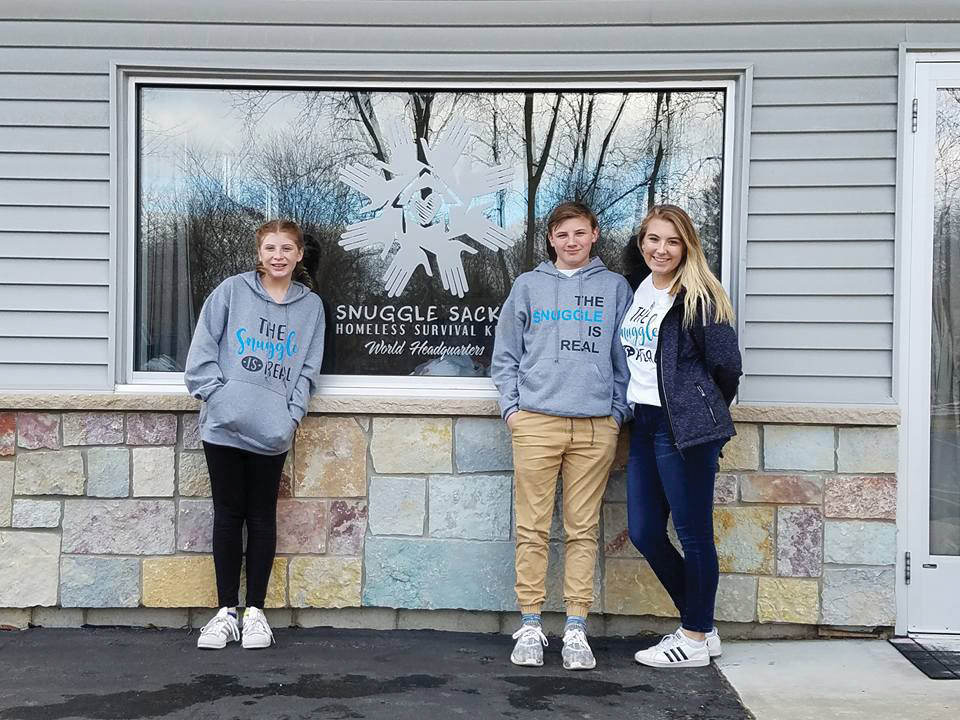 “It’s been a blessing to see them work together on an important cause, and know that something good came out of Dad’s homelessness.” 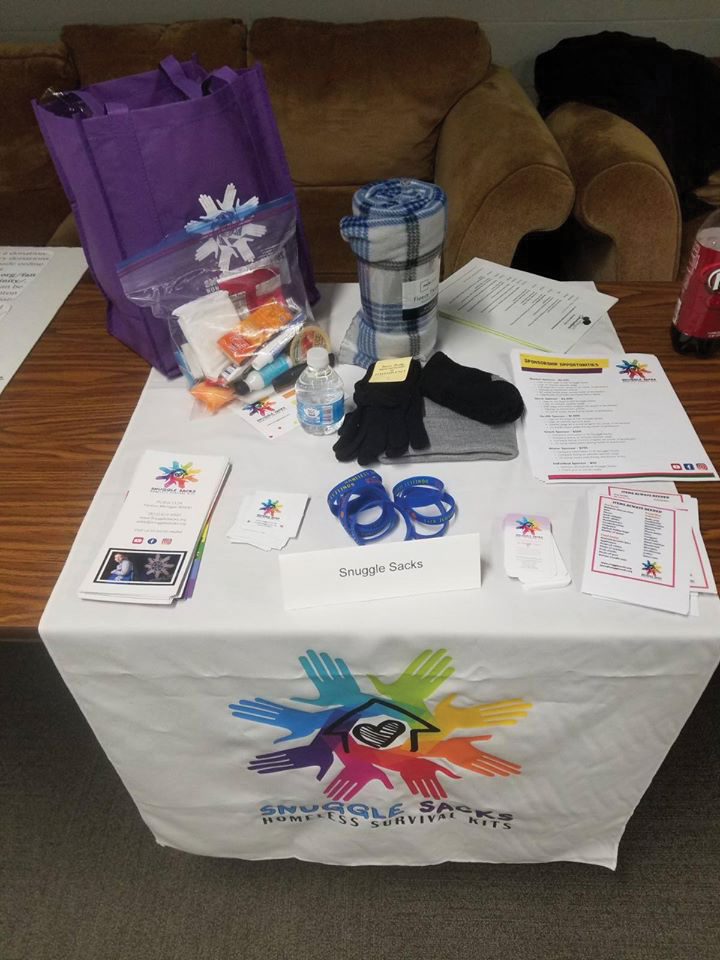 Daul was estranged from her dad, Mike Hurd, for 15 years and didn’t know where he was living or if he was, indeed, alive. Two of her children had never met their grandfather. In 2015, she received a phone call from a veteran’s home in Indiana, informing her that her father lived there and wanted to make amends to his family. “It was hard for me,” Daul remembers, adding that her dad had left and broken contact so many years ago. “I didn’t know what to expect, but the kids wanted to meet him.”

When the family got to Indiana, they learned that Daul’s father was very ill. He had advanced cancer and was in kidney failure. He had been homeless for six years and lost a leg due to diabetes. Hearing that their grandfather had been homeless was hard. “It struck a chord with the kids,” says Daul, adding that Addisyn was very persistent. “We need to help the homeless,” she told her mom. 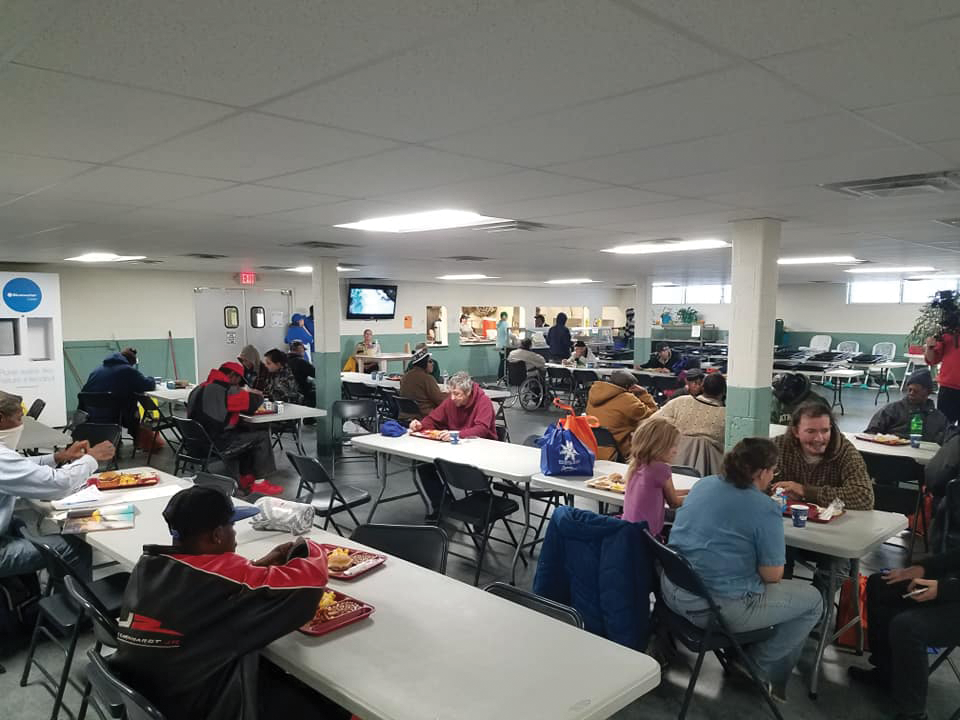 Together, the siblings came up with a plan to collect sacks filled with essential items to give to the homeless population. To generate support for the project, Daul posted a “shoutout” on social media. “The response was overwhelmingly huge!” she exclaims. The family would come home to find a porch full of donated items. The kids then came up with a name for the sacks. “‘Snuggle’ was a big word for us,” Daul shares. “Everyone deserves some snuggle time.” So, Snuggle Sacks became the name of the venture. Initially, the sacks contained about ten items such as toiletries, personal items and snacks. The first trip to distribute Snuggle Sacks was to the North End Soup Kitchen, where they gave away 50 sacks in ten minutes. 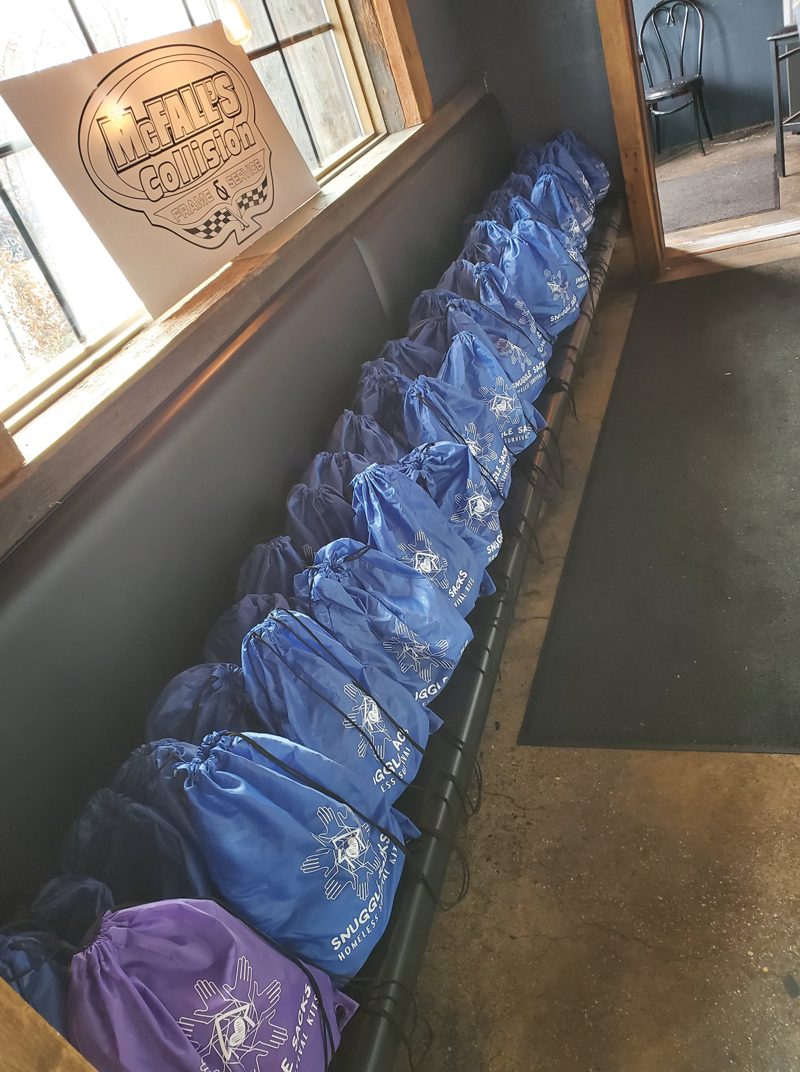 The demand continued to grow and donations continued to pour in. The kids were invited to speak about their cause on the radio, which attracted more support. A turning point, however, was when an anonymous donor contacted the radio station with an offer to help Snuggle Sacks become a nonprofit organization. “That was a game changer,” Daul remembers. It became official in 2017.

Sheridan, Jaxson and Addisyn remained in close contact with their grandfather and he was very supportive of their desire to help the homeless. He would visit often and helped his grandchildren in their endeavors. “He was really big on teaching them what items were most important,” Daul says. Unfortunately, he passed away in 2019 in Indiana and a Snuggle Sacks chapter was started there in his memory. Sheridan started another Snuggle Sacks chapter in Saginaw, after Saginaw Valley State University expressed interest in having a chapter there. Sheridan is now a freshman at SVSU and runs the Saginaw operation. 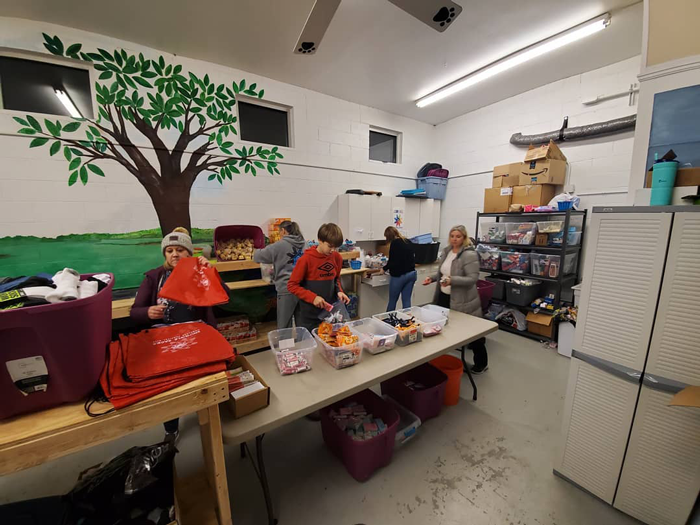 Where It is Now

Currently, Snuggle Sacks fills an average of 800-1,200 sacks per month. Many volunteers help keep it running and many businesses, churches and organizations that continue to donate supplies. Initially, the items were packed into reusable grocery sacks, but now, they fill backpacks with approximately 40 items.

Snuggle Sacks now has a warehouse in Fenton used for storing donated items and filling the sacks. “We have room for more volunteers and can fill 100 sacks per hour,” Daul states, adding that it is exciting for her to see so many young volunteers. “We even had a three-year-old helping fill sacks.”

Sheridan, Jaxson and Addisyn are responsible for a different aspect of the organization. Jaxson takes orders and arranges deliveries, as well as advocating for the homeless. Addisyn is in charge of the volunteers and Sheridan handles the business and administrative duties, the website, email and social media. “They all do their parts,” says the proud mom. “It’s been a blessing to see them work together on an important cause, and know that something good came out of my dad’s homelessness.”

For more information and how to donate, visit snugglesacks.org. 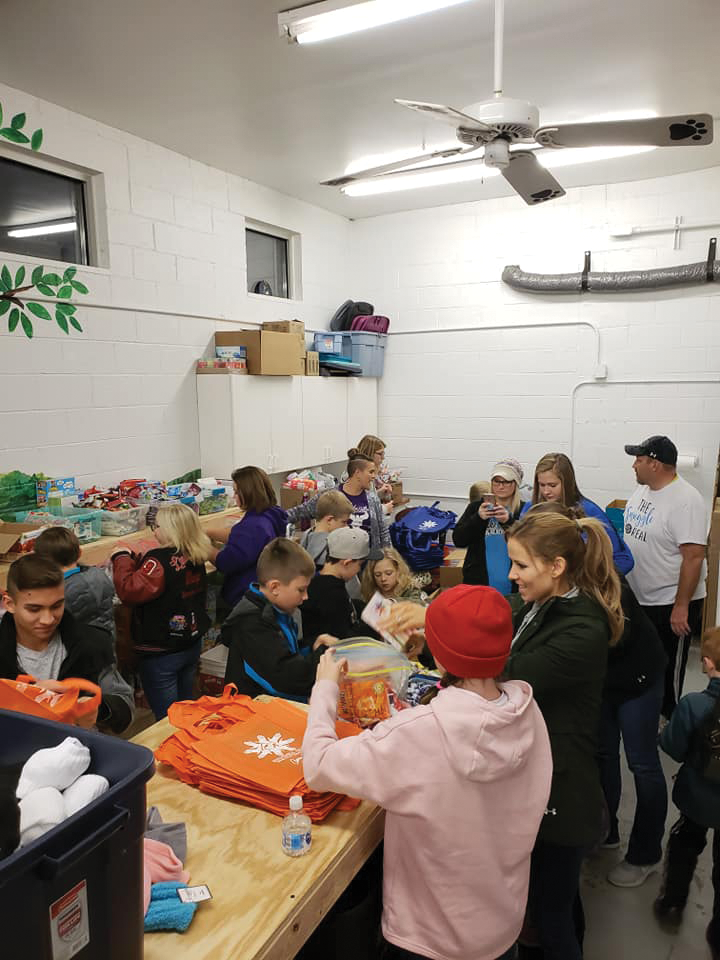 Snuggle Sacks now has a warehouse in Fenton used for storing donated items and filling an average of 800-1,200 sacks per month. Initially, the items were packed into reusable grocery sacks, but now, they fill backpacks with approximately 40 items.