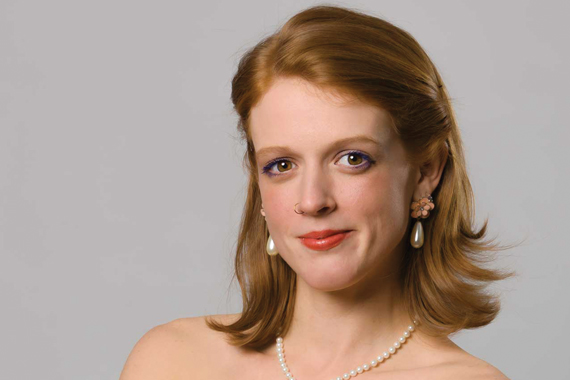 Soaring sopranos and tender tenors melted chilly hearts early in March at the J. Dallas Dort Center for Music, where rising vocal talents from across the world competed for the honor of winning the acclaimed William C. Byrd Young Artist Competition. This year, 23 vocalists under the age of 34 – hence the words “young artist” in the title – entered the competition. They performed one after the other throughout the day-long event. Five finalists were announced, and they gave a second performance later that same evening. The judges deliberated and pronounced Abigail Levis the winner, a mezzo-soprano from Portland, Maine.

The competition as it is known today was established in 1971. Prior to that year, the St. Cecilia Society had been hosting a young artists’ competition, but it was William Byrd, director and conductor of the Flint Symphony Orchestra at the time, who cast a grander vision and helped bring it to fruition. Byrd’s primary passion was conducting, and he was a major force in shaping the FSO into the world-class orchestra it is today, but he was also devoted to the artistic growth of young musicians. He believed that a competition for young artists would bring some of the world’s greatest young talent to Flint, if they could be drawn here. Therefore, he added another prize to the winner’s monetary award: the chance to perform with the FSO, providing virtually unknown young artists an opportunity unavailable anywhere else. In 1971, three years before his death in 1974, the contest was named after Mr. Byrd to reflect the influence he had on its creation and prestige.

Today, the competition is still sponsored by the St. Cecilia Society, which was founded in 1890 in the home of J. Dallas Dort by his wife, Nellie Bates. Rotating on a four-year cycle through different musical disciplines – voice, piano, strings, and brass/winds – the competition usually attracts between 40 and 60 competitors from around the globe, says Carol Hinterman, Chairman of the Competition. In fact, a preliminary judge listens to recordings submitted by the contestants and narrows the list of candidates to 30, who come to Flint to perform in the spring. Carol says that Byrd’s vision of bringing top musical talent to Flint has been very successful, because it not only creates a great opportunity for the artists, but the community as well. “The competition gives local people a chance to hear some of the best rising stars of classical music in the nation, if not the world,” she said, “and it is open and free to the public!” Carol said that by the day of the competition, her work is mostly done and she can enjoy listening to the auditions. “I am amazed by the caliber of musicians who participate in this competition,” she said, “and I enjoy listening to the young performers, but I leave the judging to our highly competent adjudicators.” Delaina Oberman, President of the St. Cecilia Society and a musician herself, says it is wonderful to see the Byrd competition as a jumping-off point for many young artists. “As a teacher,” she said, “it is very rewarding to hear all of the young contestants pursuing their goals as well trained musicians. Several past winners have gone on to have very illustrious musical careers. These young people are our musical future and we need to continue to promote live performances throughout the world.”

This year, 14 of the 23 vocal contestants were sopranos, so it only makes sense that three of the five finalists were able to reach the highest notes on the staff. The winner, however, was not a soprano, but a mezzo-soprano: the vivacious Ms. Abigail Levis. She says that the draw of the Byrd competition for her was the chance to perform with the FSO if she won. “Very few competitions offer a performance in addition to a monetary prize,” she said, “so this one was immediately attractive to me. I love singing with orchestras and have several concertos that I am interested in learning, but it can be a hard side of the business for a young singer to break into. The prospect of singing with the FSO is a thrilling one. I feel like a kid in a candy store right now, and I cannot wait to start planning the performance!” Abigail also said that she was surprised to be chosen the winner: “I was not expecting it, to be honest. The preliminaries were open to the public, so I had the pleasure of enjoying some of the other performances, all of which were impressive and persuasive. I’m glad I wasn’t a judge! But I was honored to be a finalist at all, let alone the winner.” Of her technique, which is widely praised, Abigail says, “If I didn’t love what I was singing, my technique would abandon me. I enjoy exploring the various nooks and crannies of each text I am presented with – an exploration that shifts and morphs when sharing the music with a live audience. Each performance is different.” The Byrd is one of many prizes won by this enthusiastic and talented artist, and she reports that while she waits to perform with the FSO next year, she will keep on working: “I have more performances, competitions and auditions coming up; I believe good things come to those who hustle! I am also in the midst of my residency with Utah Opera, where I have the pleasure of sharing my love of opera with the children of Utah, as well as performing in their main-stage productions.”

If you missed hearing her perform at the William C. Byrd Young Artist Competition, mark your calendars for January 17, 2015, when Ms. Levis will perform at The Whiting with the FSO.