Here is a closer look at ten of the Flint-area’s greatest basketball players of all time. 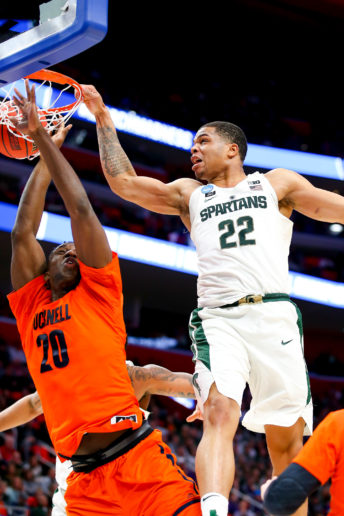 In his second NBA season, the 21-year-old is one of the Charlotte Hornets’ top players. Through seven games, Bridges was averaging 13.3 points, fourth on the team. He was also third in rebounding (4.7) and fifth in assists (2.0) average.

The heavily-recruited Bridges then played two seasons at Michigan State, starting 60 of 62 games. He averaged 17 points, 7.6 rebounds, 2.4 assists and 1.1 blocks. During his sophomore season, Bridges set an MSU record for defensive rebounds in a game (19).

As a freshman, Bridges averaged 16.9 points – the highest average for an MSU freshman since Magic Johnson in 1979. He also averaged 8.3 rebounds and was named Big Ten Freshman of the Year and second-team All-Big Ten.

Bridges was a second-team AP All-American and unanimous first-team All-Big Ten pick before declaring for the 2018 NBA Draft. Charlotte picked him 12th overall.

Bridges averaged 11 rebounds, 10 points and as a freshman at Flint Southwestern 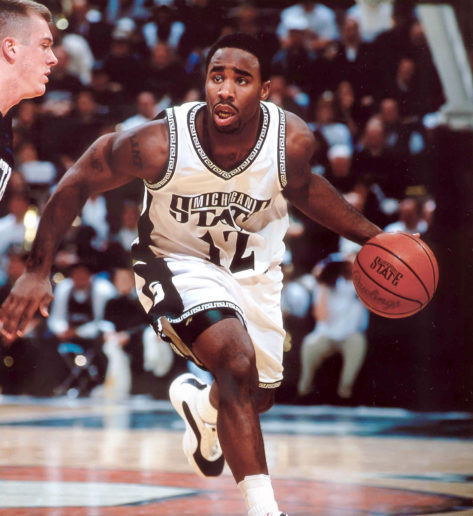 Of all the gifted basketball standouts from Genesee County, Cleaves is the only first-team AP All-American, earning the honors as a Michigan State junior in 1999. The Flint Northern All-Stater was also a second-team All-American as a sophomore and senior, making Cleaves the Spartans’ only three-time All-American. Cleaves, a guard with uncanny leadership skills, was also the Big Ten’s Player of the Year as a junior and senior and a three-time first-team All-Big Ten pick.

At home, he paced Northern to the 1996 Class A state championship and finished second in the Mr. Basketball voting.

In 2000, he led MSU’s drive to the National Championship and was named Final Four MVP. Cleaves, whose No. 12 was retired by MSU, finished with 18 points, on 7-for-11 shooting, and four assists against Florida in the championship game.

In the 2000 NBA Draft, the Detroit Pistons took Cleaves 14th overall, and he spent six seasons in the NBA. He played in 167 career games, starting ten, and averaging 11.8 points, six assists and 3.4 rebounds. 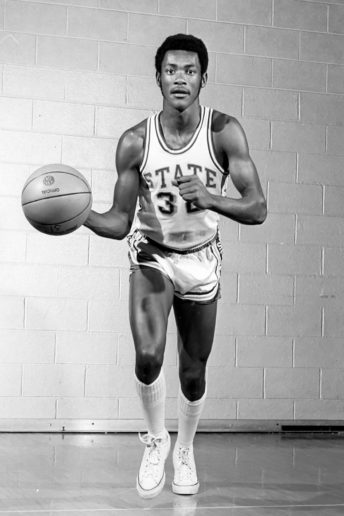 In fact, the Flint Northern All-Stater set the Spartans’ two highest single-game scoring marks within a four-day period. He poured in 50 points against Iowa on January 5, 1976 before dropping 48 on Northwestern January 8. Only eight players in Big Ten history have scored more points in a game.

In all, Furlow scored more than 40 points five times at MSU. His 29.4 points per game average as a senior also remains a program record. The shooting guard also ranks among MSU’s career top eight in field goals (sixth, 721), scoring average (seventh, 17.8) and points (eighth, 1,777). Furlow played in 100 games for the Spartans, starting 74, and averaging 6.3 rebounds and 3.2 assists.

He led the Big Ten in scoring twice, was a third-team AP All-American, two-time Big Ten first-team pick and was named Big Ten and team MVP as a senior.

Furlow played a major role in Northern going undefeated (25-0) while winning the 1972 Class A state title.

In the 1976 NBA Draft, the Philadelphia 76ers selected Furlow 12th overall and he played four seasons in the NBA before tragically dying in an automobile accident at age 25. Furlow played in 239 games, averaging 10.7 points and 2.4 assists in 20 minutes. He was an 86 percent career free throw shooter. 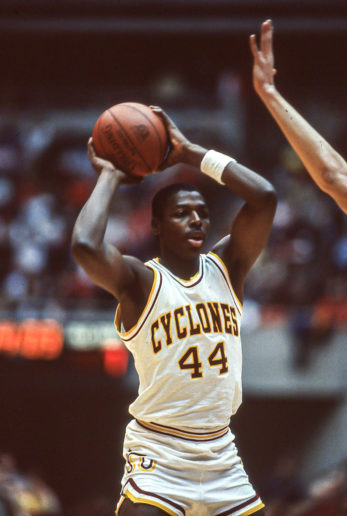 Nobody from Genesee County has scored more points at the NCAA Division I level than Grayer, who remains Iowa State’s all-time leading scorer (2,502 points) more than 30 years after his final game. Grayer started all but one of the 125 games he played at Iowa State and holds school records for field goals (974) and free throws (527) made. He is among the Cyclones’ all-time Top 10 in scoring average (third, 20 points per game), games started (third, 124), rebounds (fifth, 910) and steals (sixth, 199). His No. 44 was retired by Iowa State.

An All-Stater and three-year captain at Flint Northwestern, Grayer finished third in the 1984 Mr. Basketball voting.

He was a three-time All-Big Eight Conference pick and second-team AP All-American as a senior before the Milwaukee Bucks made Grayer the 13th pick of the 1988 Draft. He was later named to the Big Eight’s All-Decade team. In nine NBA seasons, he played in 438 games, starting 101. He averaged 7.4 points, 3.1 rebounds and 1.4 steals in 19 minutes. 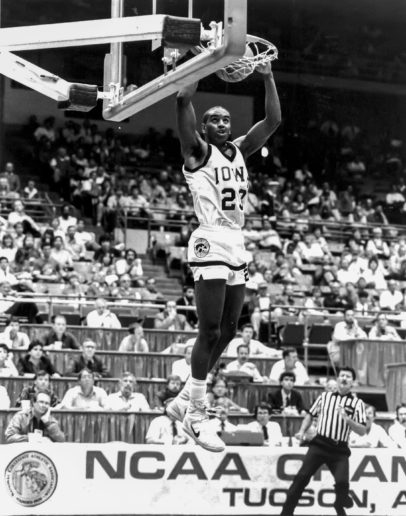 Still the University of Iowa’s all-time leading scorer, Marble totaled 2,116 points for the Hawkeyes from 1985-89.

The Beecher All-Stater led Iowa to an 89-37 record and four NCAA Tournament berths, including an Elite Eight appearance in 1987. Marble made the All-Big Ten second team twice and the third team once. He was also named the Hawkeyes’ co-MVP three times.

As a senior, Marble paced Beecher to a 27-0 record and the 1985 Class B state championship. He finished with 25 points and eight assists in the state-title game and was second in the Mr. Basketball voting.

In 1989, Marble was drafted 23rd overall by the Atlanta Hawks, but his NBA career lasted only 29 games. 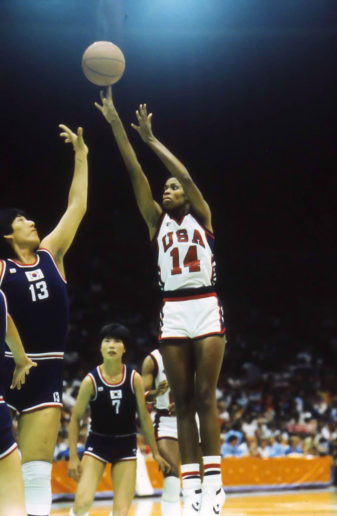 McGee and twin sister, Paula, played on Northern’s dominant teams of the late 1970s, leading the Vikings to unbeaten records and consecutive Class A state championships in 1978 and 1979. Northern was 59-4 during the McGees’ three varsity seasons.

She then helped USC to National Championships in 1983 and 1984, earning All-American honors from Kodak and the American Basketball Association in 1984. She was also a three-time, first-team all-conference pick.

McGee, whose No. 30 was retired by USC, was such an accurate shooter that she still holds three of the top five single-season field goal percentages in USC history, including the record of 61% percent as a junior. She still ranks second in Trojans history in career rebounds (1,255) and field goal percentage (58.1%).

After playing overseas, McGee was taken second overall in the first WNBA Draft by the Sacramento Monarchs in 1997 at age 34. She spent a season there and the next season with the Los Angeles Sparks. McGee played in 57 WNBA games, starting in 45, and averaging 8.6 points and 4.6 rebounds in 22 minutes. 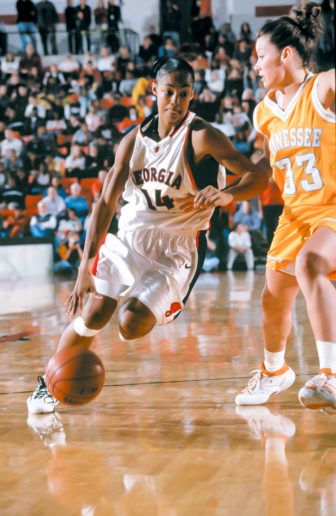 The Flint Northern All-Stater specialized in winning championships at every level.

Nolan played a significant role in Northern capturing two straight Class A state championships in 1994 and 1995 before helping the University of Georgia to an SEC Championship and the Detroit Shock to three WNBA Championships.

Northern went 51-2 during its championship seasons. The Vikings fell short of three-peating in 1996, but Nolan was named Miss Basketball after averaging 13 points, 6 rebounds, 4 steals and 3 assists.

In addition to the 2000 SEC Championship, Nolan helped Georgia to 1999 Final Four and 2001 SEC Tournament titles. The Bulldogs went 86-12 during Nolan’s three seasons.

The Detroit Shock made Nolan the sixth overall pick of the 2001 WNBA Draft. She led the Shock to WNBA Championships in 2003, 2006 and 2008 during her nine seasons with the team and was named MVP of the 2006 WNBA Finals.

Nolan was also a five-time WNBA All-Star and was voted one of the top 20 players of the WNBA’s first 20 years in 2016. For her WNBA career, Nolan averaged 13.6 points, 3.8 rebounds and 3.2 assists. Her career scoring average is 29th-best in WNBA history. 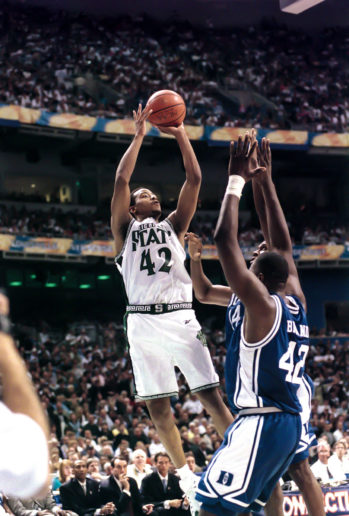 The Flint Northwestern All-Stater was Michigan State’s top scorer in the 2000 National Championship game, finishing with 21 points and five assists. The forward also topped the Spartans with 20 points in their Final Four semifinal win, making Peterson an easy choice for the All-Final Four team.

Peterson, whose No. 42 was retired by MSU, was Big Ten Conference Player of the Year as a senior, a second-team AP All-American and the team’s Co-Player of the Year. He was also named MSU’s Most Improved Player in 1998 and 1999 and earned the team’s Unsung Player award in 1997.

As a Northwestern senior, he averaged 19.6 points and 13.2 rebounds and was eighth in the 1995 Mr. Basketball voting. 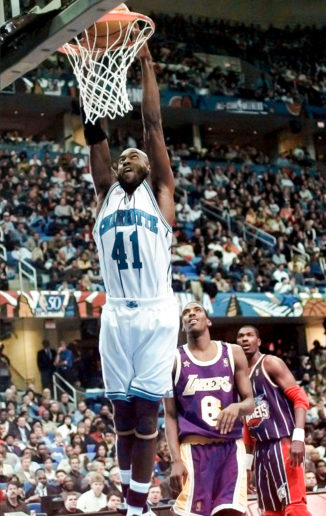 At home, the All-Stater and 1985 Mr. Basketball Award winner led Northwestern to consecutive Class A state championships in 1984-85. Those teams went 74-3 in Rice’s three varsity seasons.

Next, he attended the University of Michigan where he led the Wolverines to the 1989 National Championship, scoring 184 points in six NCAA Tournament games and was named Final Four MVP. 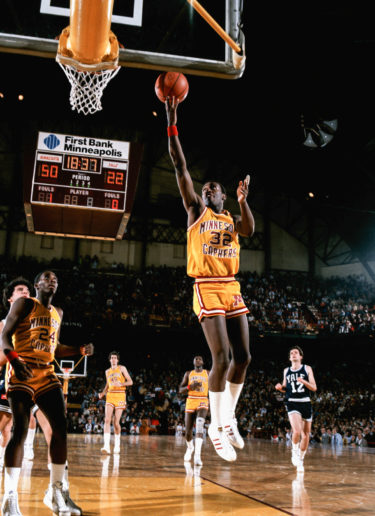 One of the NBA’s first three-point specialists, Tucker currently sits 21st on the all-time career three-point shooting list with a 40.8 percent mark (575-for-1,410) during an 11-year career.

In three varsity seasons at Northwestern, Tucker averaged 18.2 points, including 26.4 points per game as a senior. Michigan’s Mr. Basketball Award was not instituted until 1981, but, in recent years, the Basketball Coaches Association of Michigan began determining who would have won the award in previous seasons; Tucker was named the 1978 Retro Mr. Basketball.

He moved on to the University of Minnesota and is 11th on the school’s all-time career scoring list with 1,445 points. As a junior, Tucker was Minnesota’s MVP and made All-Big Ten as a junior and senior.

Tucker, whose No. 32 was retired by Minnesota, averaged 12.6 points, 3.4 rebounds and 2.4 assists over 115 games there before being drafted sixth overall by the New York Knicks in 1982. Tucker played in 756 NBA games, starting in 207, and averaging 8.2 points and two assists in 21 minutes. He concluded his NBA career by helping the Chicago Bulls capture the 1993 NBA Championship.