On January 1, 1999, Robert Pickell was appointed to the position of Genesee County Sheriff, replacing his predecessor, Sheriff Joe Wilson. Since then, Pickell has been re-elected to the position five times. And, he has an impressive background in law enforcement prior to becoming sheriff, working in the Genesee County Prosecutor’s Office as an investigator and for the CIA from 1989 to 1995. “I traveled four continents while working for the federal government,” he reports, add that he handled some very high profile cases during his stint with the CIA. 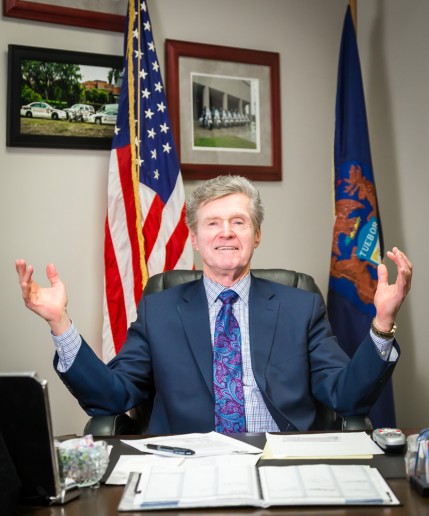 Pickell was born and raised in New York and moved to this area in 1995. He attended Adrian College in Southeast Michigan. That is where he met his wife, Janet. “I followed her here,” he says with a smile. He worked for the Flint Police Department before being sent to the prosecutor’s office for a special assignment. He retired from the prosecutor’s office in 1989. After working for the CIA, he opened a private investigation business, working with insurance companies and lawyers. He particularly enjoyed working with Pioneer Mutual Insurance, which he did until he was appointed sheriff. “I have loved almost every single day,” he says. “I’ve met some wonderful people along the way, from all over the community and from all walks of life.”

While there is no “typical” day on the job for Pickell, he shared with MCM what it’s like to work for Genesee County’s largest law enforcement agency. 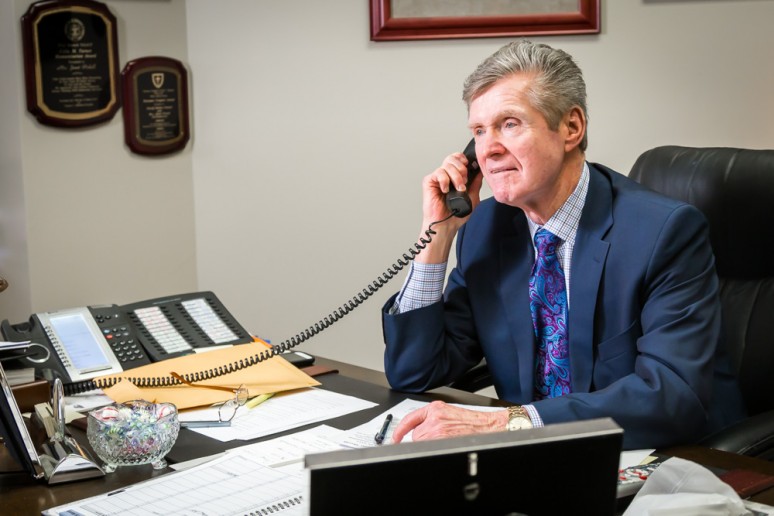 This particular day began with an early morning phone call informing him of a death at the Genesee County Jail. “I was notified that an inmate had died, apparently as the result of a health issue,” says the sheriff. “We won’t know for sure until an investigation and autopsy are complete.”

The Sheriff’s Department is a 24/7 operation. Pickell oversees 257 deputies, 32 of whom are also paramedics, and three substations: Vienna, Atlas and Fenton Township. There are approximately 133 employees at the jail. “The days never end,” he says, “and the jail is always crowded.” It has the capacity to hold 480 inmates, but the sheriff reports they have had as many as 700. Some are violent criminals, but statistics show that 64-75 percent of the inmates are on psychotropic medication, an indication of mental health issues. Statistics have also indicated that 80 percent of incarcerations are related to substance (drug or alcohol) abuse.

The average inmate has a ninth-grade education level and usually comes from a one-parent household, a mother or grandmother. “The recipe is pretty simple,” says Pickell. “If you’re using drugs and have no education, you are likely to end up in jail.” He adds that there are of number of people there who are not criminals, but have just made a mistake. “Those are the people I feel really bad for,” he admits.

The sheriff arrives at his office before 8am. He sits with his secretary, Pam Cookingham, who has been with him for ten years. They start with a review of the previous day’s communications. 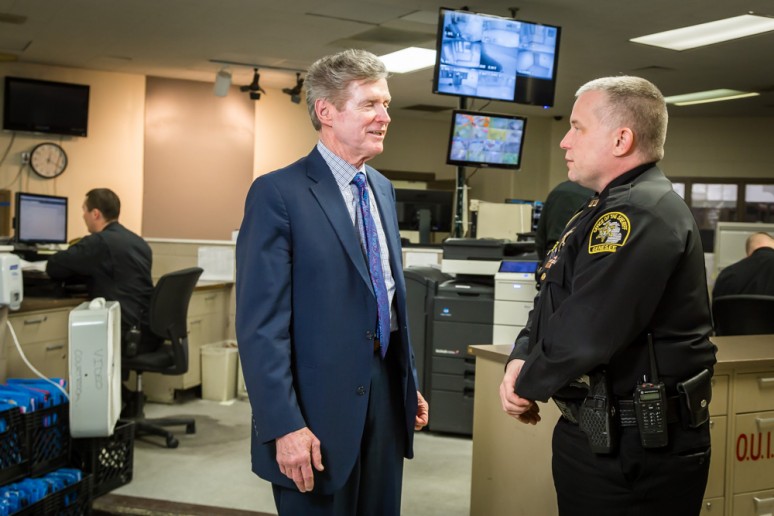 He has a standing meeting with the Undersheriff, Jail Captain, Paramedic Captain and the Captain of Law Enforcement. He receives an update on everything that is going on and a briefing by each captain. “I question them on what’s been going on for the last 24 hours,” he says.

Sheriff Pickell walks around and observes the jail facility. “I look for any problems and talk to the staff,” he says. “I also confirm that any orders that were made have been carried out.” He checks in with the Medical Department to see if there are any inmates in the hospital. “We try to give medical treatment here, as it is very costly to the taxpayer to have a 24-hour guard; but that’s not always possible,” he shares.

Pickell uses this time to meet with community members who have appointments, such as speaking with a mother who has concerns about a loved one in jail. “They are parents and they are worried,” says Pickell. He also meets with people who may have a criminal complaint that they want to bring directly to him, such as a large embezzlement case. 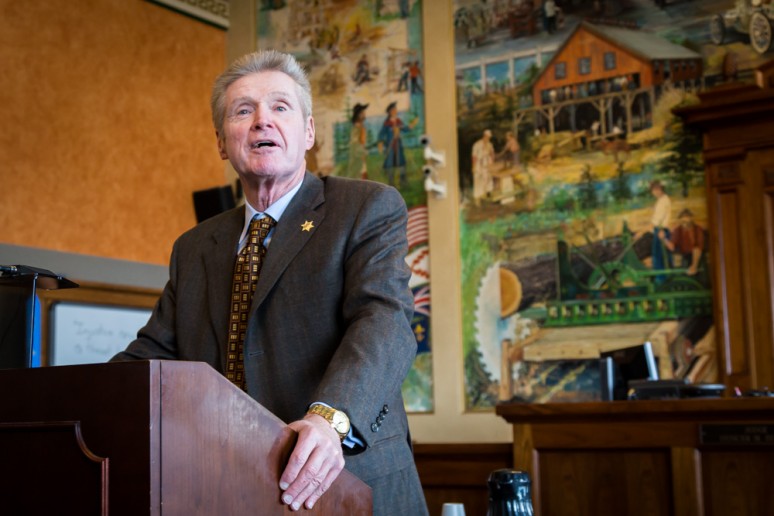 Pickell doesn’t always take a lunch hour, but tries to get away for at least 30 minutes to get a little break. He uses this time to attend a meeting of the Bruin board at Mott Community College, which he has served as a trustee for the last eight years.

During the afternoon, he meets with other government officials and agencies, as well as making a surprise visit to the Flint City Lockup, which the Sheriff’s Department oversees. He also uses the time in the afternoon to visit local schools, give speeches or host press conferences. “Every day is different,” he smiles. “Not one day is like the day before.” Throughout the day, he receives many telephone calls. “I get calls all day long, even during the evening when I’m at home.” 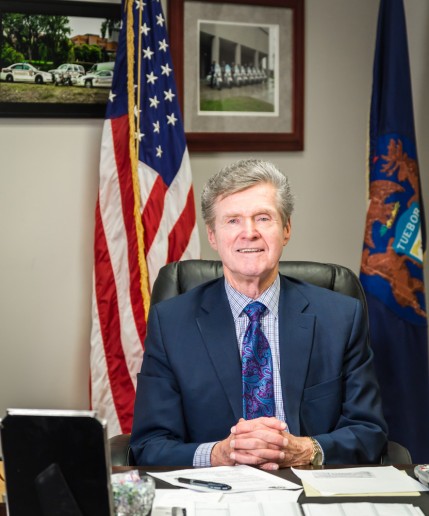 While his work day typically ends at 5pm, Pickell is often still working as late as 7pm, depending on whether he has meetings scheduled. “People want to see the sheriff and hear what is going on,” he says. “I’m the only law enforcement person hired by the people. They can fire me on Election Day. I’m the peoples’ sheriff.”

What does Sheriff Pickell like most about his job? “I love dealing with people,” he shares. “If you don’t like people, this is the wrong job to have.” What he likes least is the hurt and sorrow he sees. “It’s hard when the most vulnerable people are being hurt, such as a young child or a senior citizen being abused.” He is very proud to have started the Elder Abuse Task Force, and is also proud of the Forgotten Man Ministry and the County’s Consumer Protection Division. 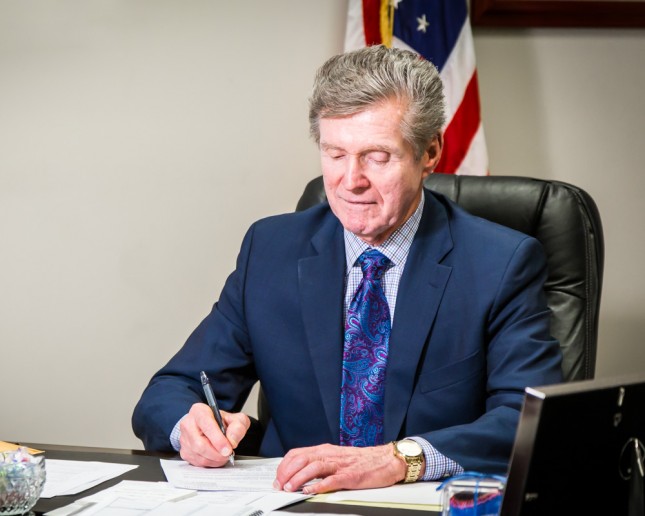 After his wife of many years passed away in 2013, Pickell’s evenings were quite lonely. But he recently met a woman, JoAnne, with whom he spends his spare time. They relax together or go out for dinner, watch a movie or see a play. “I was fortunate to meet her,” he says.

“Being the sheriff is a very serious job and I take it very seriously. I’m dealing with peoples’ lives and I have to be there for the people.”