In 2011, the Sleeping Bear Dunes National Lakeshore, located on Michigan’s northwestern coastline, was selected as the “Most Beautiful Place in America” by Good Morning America. With its great sweeping dunes, clear shores and hardy forests, it truly is a 35-mile stretch of serene beauty. The Federal Government designated the area a national park in 1970, to include North and South Manitou Islands, recognizing it as the country’s unique “third coast” and deserving of special protection. A protected wilderness rich in history and recreational pursuits, it greets thousands of visitors each year. 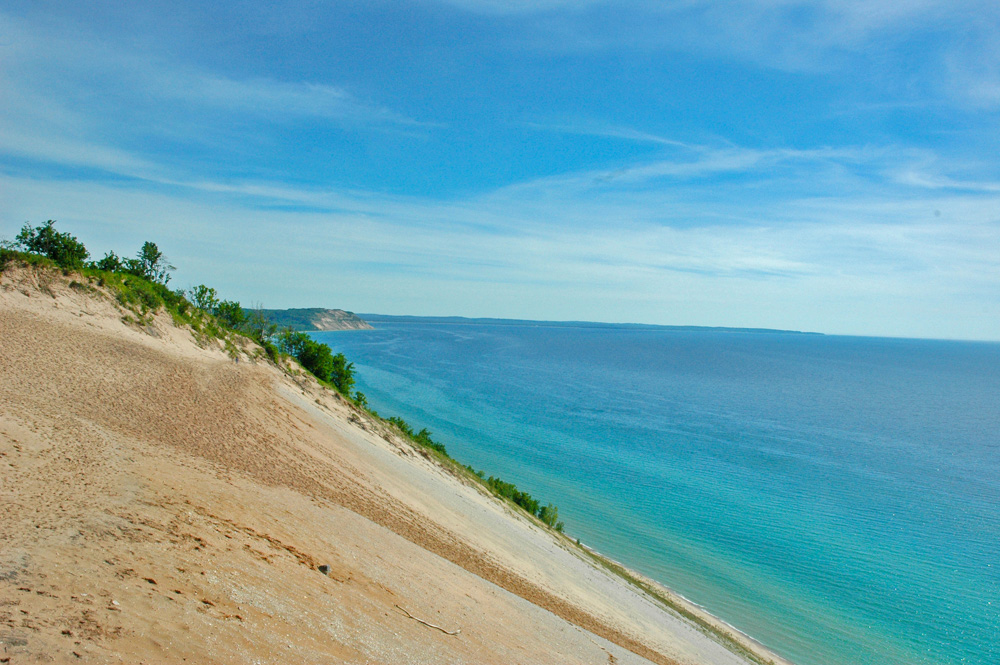 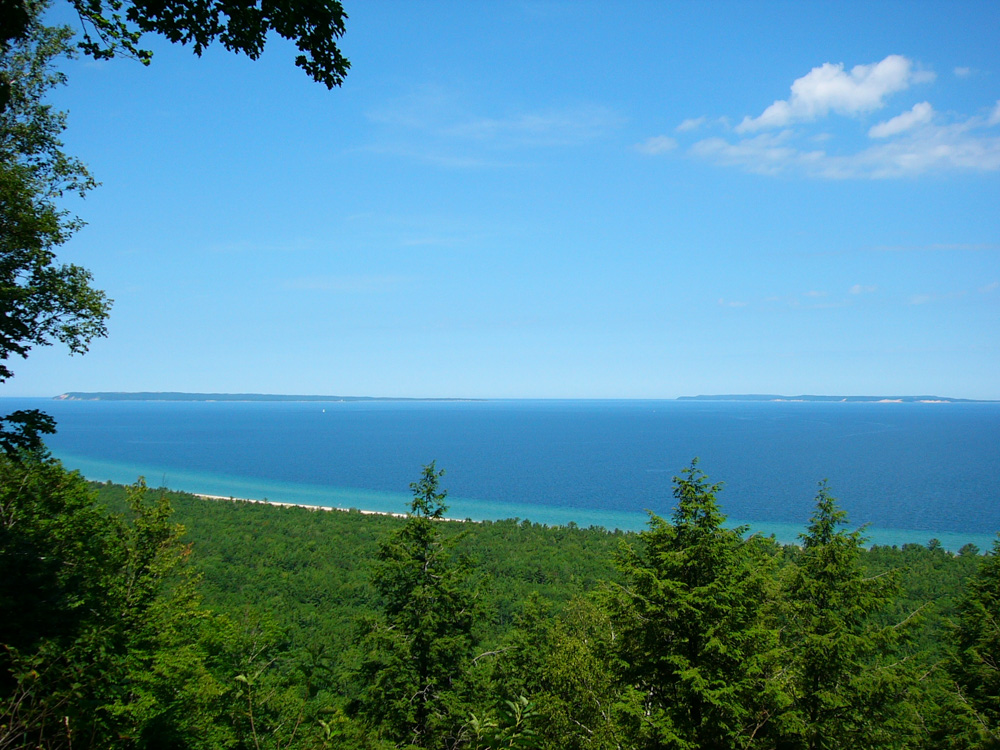 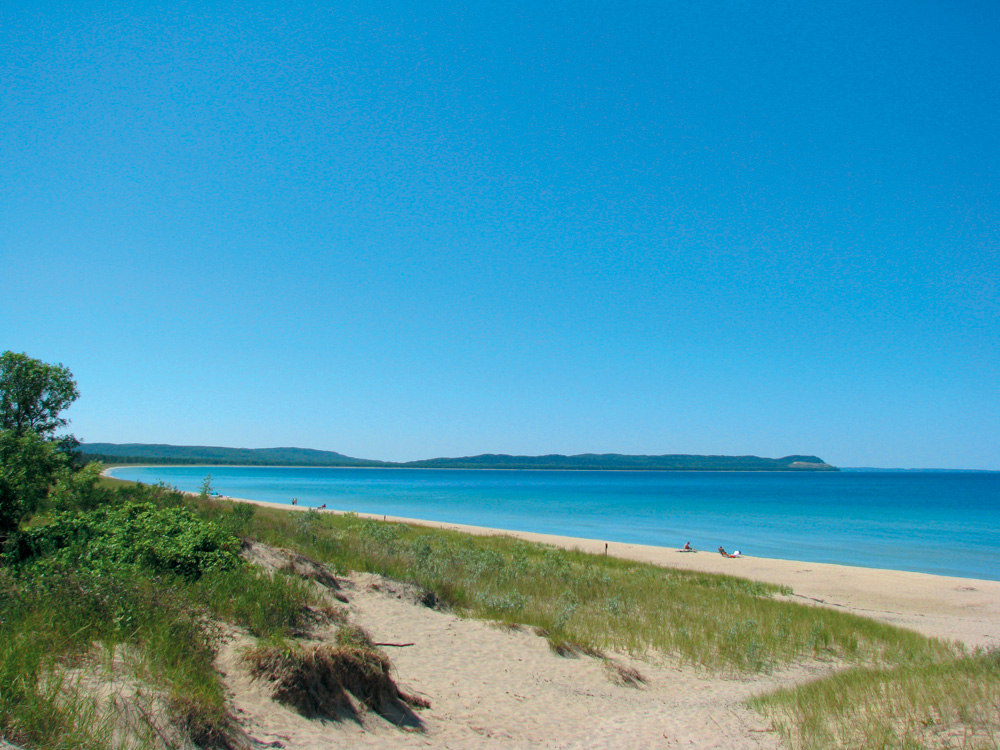 Its unusual name originated with the Chippewa Legend of the Sleeping Bear. According to the legend, a big forest fire on Lake Michigan’s western shore drove a mother bear and her two cubs into the lake seeking shelter. They swam for many miles but only the mother bear was able to reach the shore. She waited for her cubs, but they drowned in the lake. The devoted mother bear stayed there, hoping her cubs would come to her. The Great Spirit created North and South Manitou islands to honor the cubs, and the winds buried the sleeping mother bear under the sands of the dunes where she still waits for her cubs. To onlookers, a small knoll at the top edge of a bluff looked like a sleeping bear, though wind and erosion have made it appear smaller over the years.

The area surrounding Sleeping Bear was once a busy shipping and logging region, especially in the waterway by the Manitou Islands where ships would often stop to refuel their boilers. The Sleeping Bear Dunes National Lakeshore attracts visitors of all ages who explore trails, walk the beaches, visit the Glen Haven Maritime Museum, or camp. Campgrounds include the D.H. Day Campground, Platte River Campground, a few areas on the Manitou Islands, as well as backcountry camping sites.

Over the decades, countless numbers of ships have sunk in the waters around the Traverse City and northwestern Michigan region. Shipwrecks and historic dock ruins along the lakeshore make for some amazing clear-water scuba diving opportunities. Wreckage will wash ashore from time to time, and it is illegal to disturb or remove it. Divers can explore shipwrecks in the Manitou Passage Underwater Preserve and can reach South Manitou Island by taking a passenger ferry or private boat. A steam barge called The Three Brothers that grounded on South Manitou Island in 1911 and the Francisco Morazan, a package freighter that ran aground in 1960, are two easily observable ships that are favorites among divers. Others include the Rising Sun which lies off Pyramid Point south of Leland and the schooner Metropolis, which lies just north of Old Mission Harbor.

Whether scuba diving or exploring the beach, the splendid views of the dunes and lake combined with a refreshing breeze and good company, make Sleeping Bear a perfect spot to spend a day.