If you love the outdoors, Rocky’s is the place for you. Begun by Paul Joseph “Rocky” Roll, who grew up outdoors on a farm in Perry, MI, Rocky’s Great Outdoors has been an institution in Burton since 1971. Now retired, Rocky and his wife Linda are enjoying life in their beautiful Lake Fenton home, while the dependable staff at Rocky’s handles daily operation.

Rocky’s Great Outdoors began in the front office of a gas station. Rocky was working in the repair business and needed some dust boots for a motorcycle he was working on, so he went to the Harley-Davidson dealer in town. He was outraged at the cost, but without a competitor selling motorcycle accessories in the area, he was forced to buy the boots there. By the next morning, after a night of research, Rocky was in the motorcycle accessory business. “It was a void that needed to be filled,” he laughed. Dirt bikes and choppers were all the rage in the 70s and there were several motorcycle dealers in the area, so Rocky sold accessories at a lower cost just to prove a point. “I made a lot of mistakes,” he says about the early days, acknowledging that he didn’t know a thing about the business. He learned through trial and error but was extremely frugal, building a huge inventory without taking on any debt. Three years later, the business had grown so much that Rocky was able to move to a 10,000-square-foot retail location and became recognized as the world’s largest accessory store. 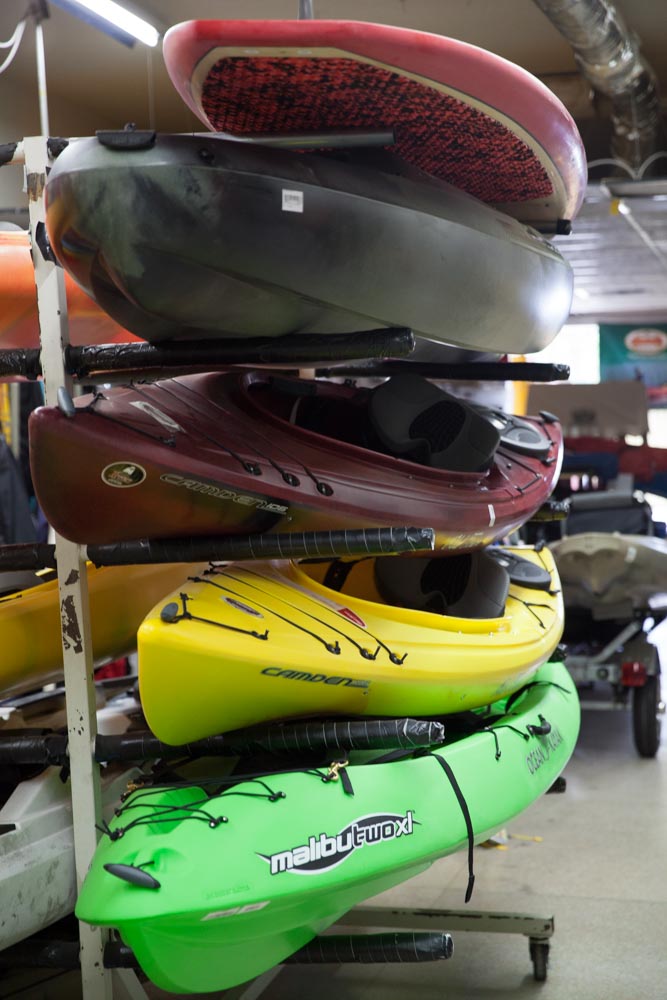 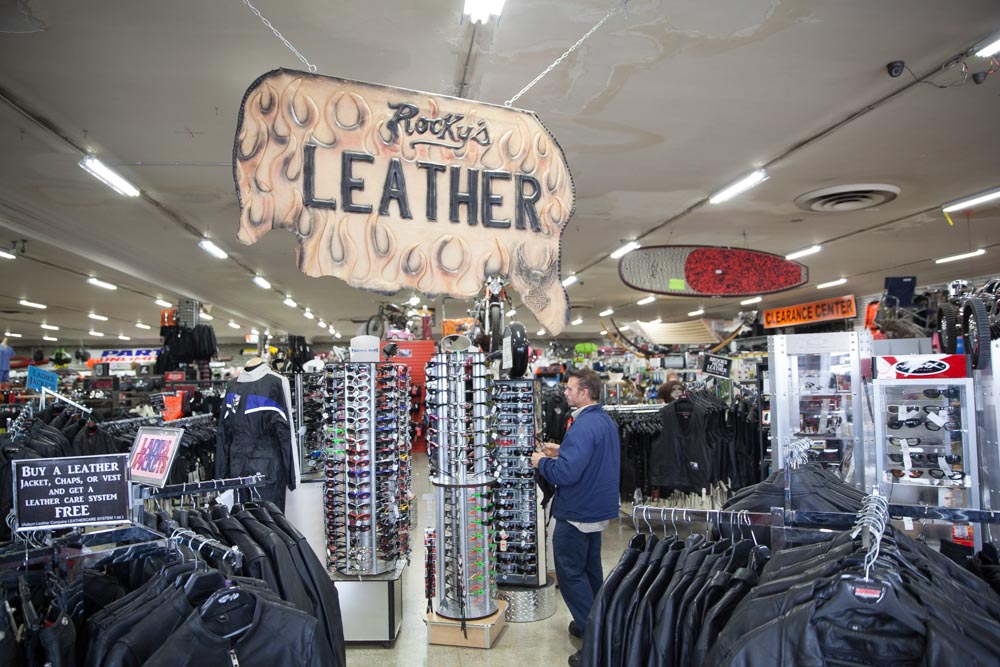 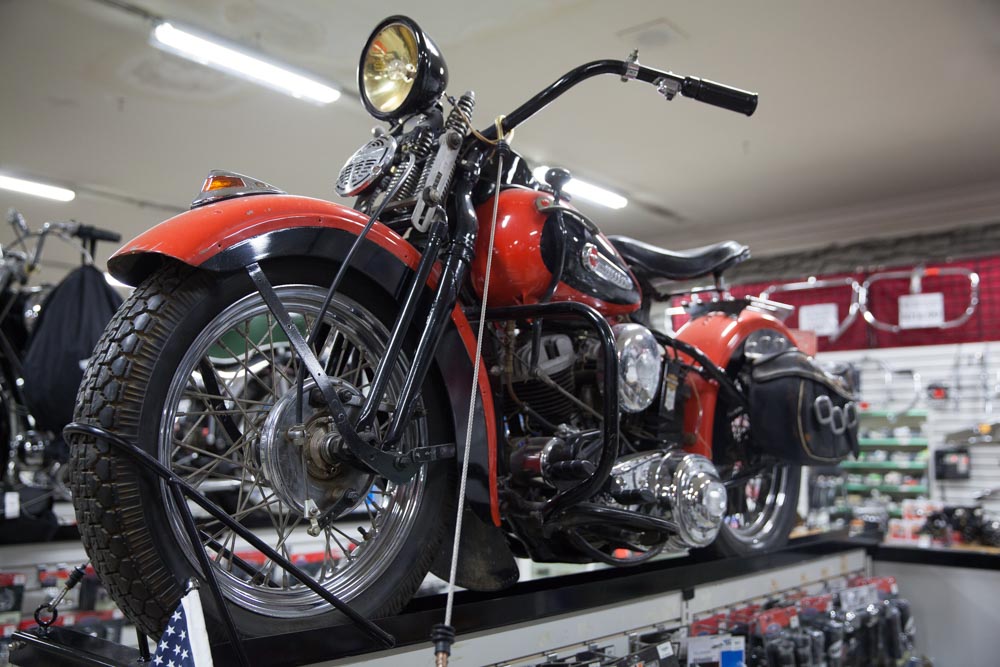 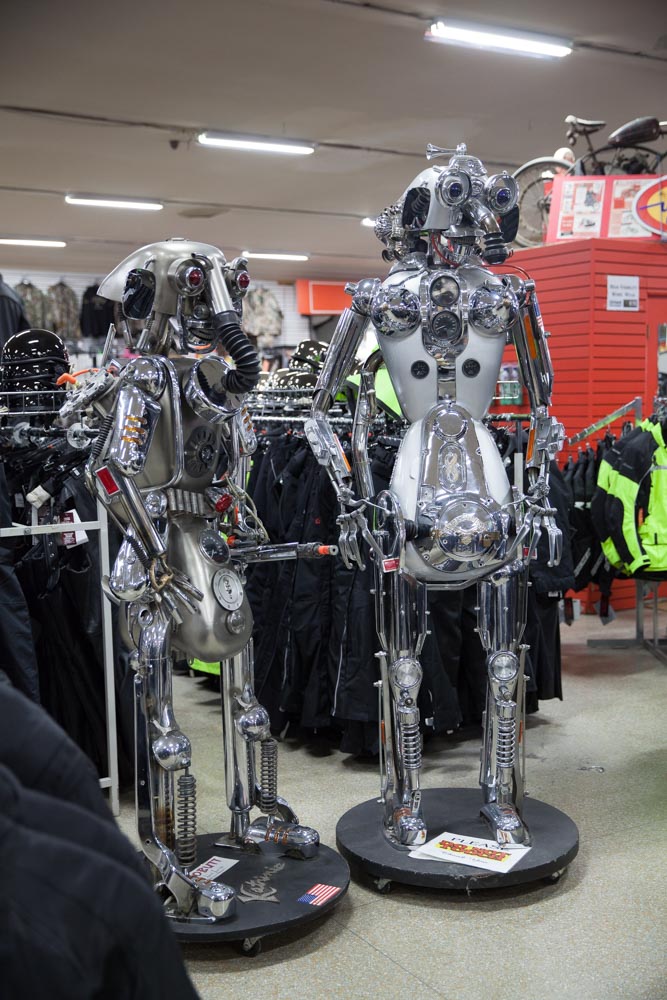 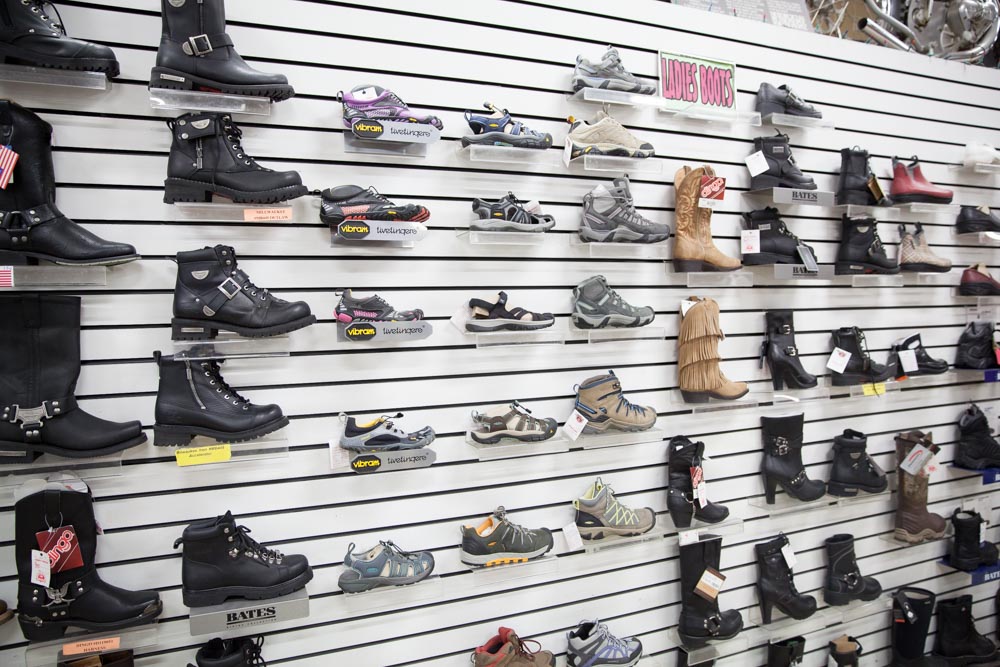 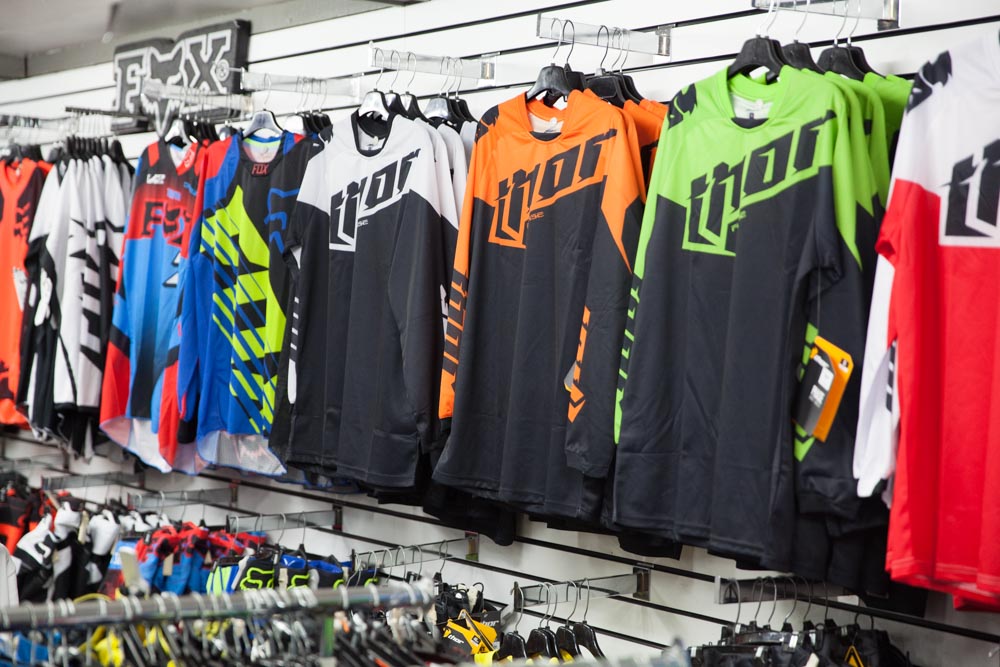 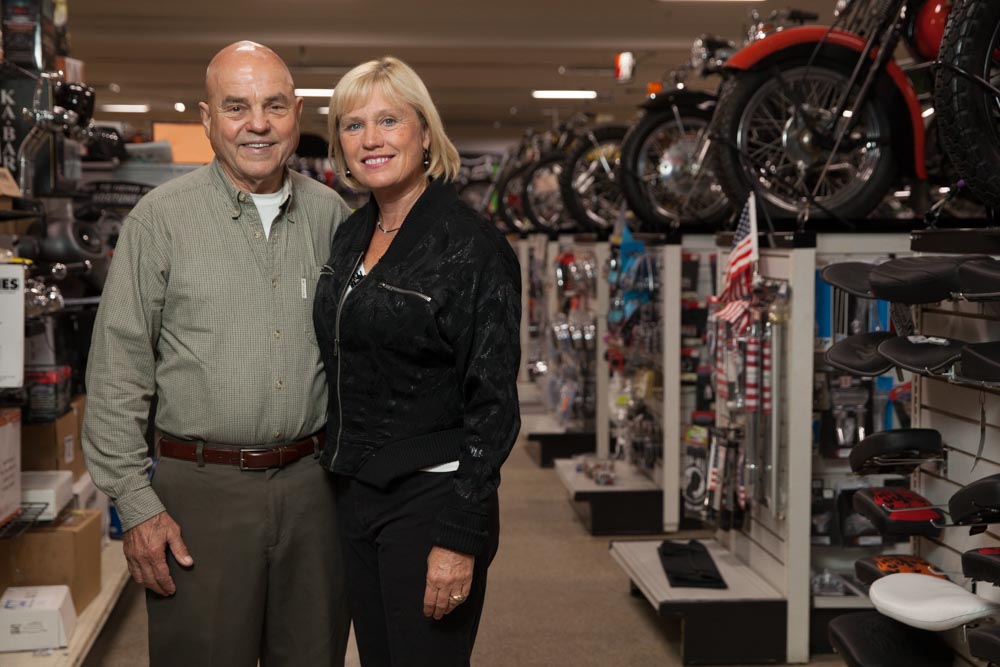 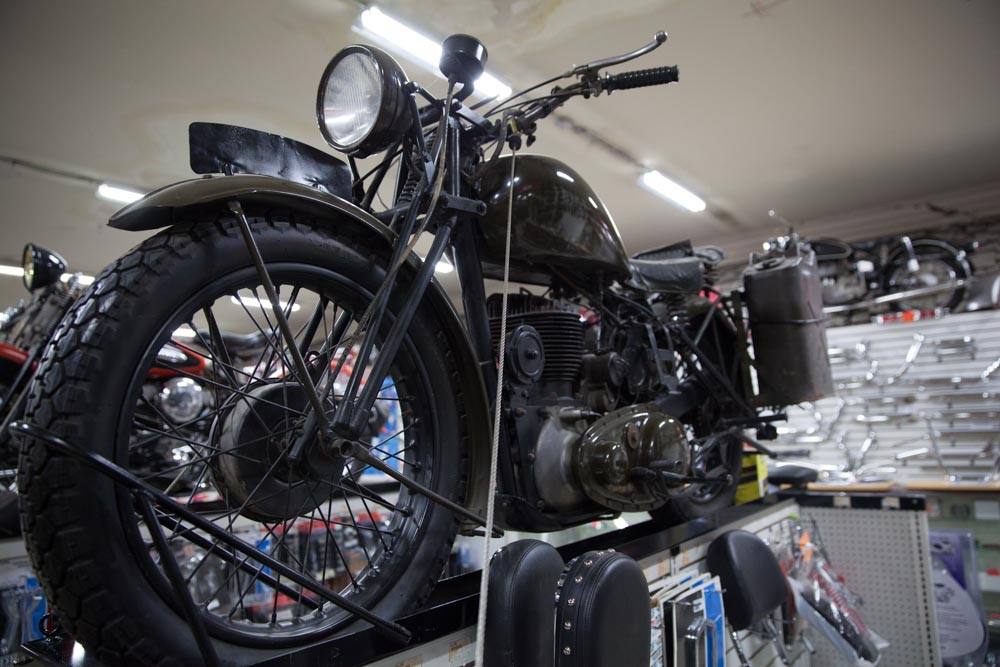 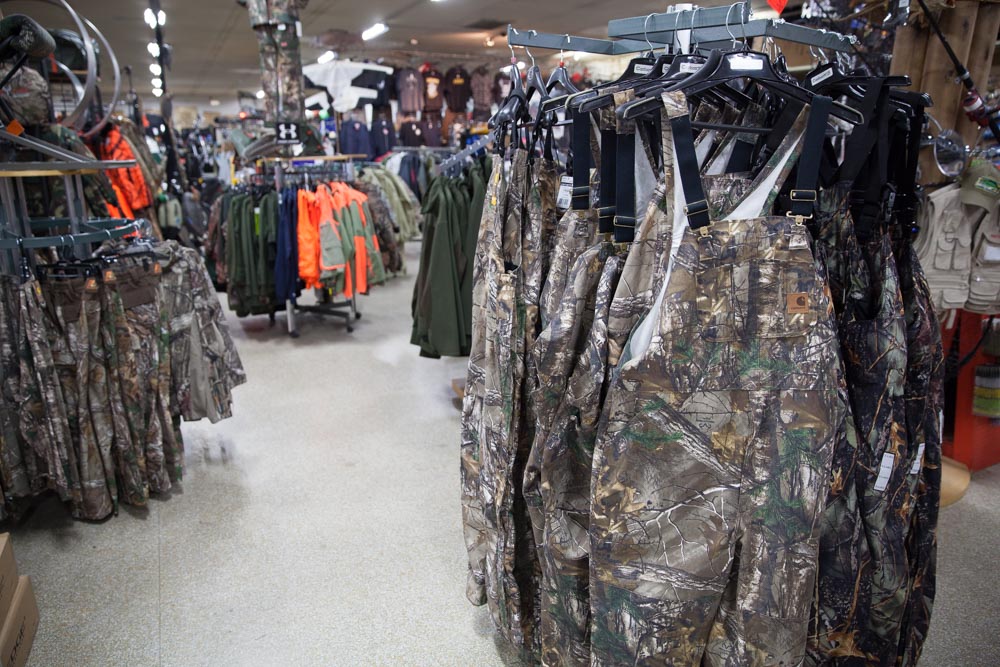 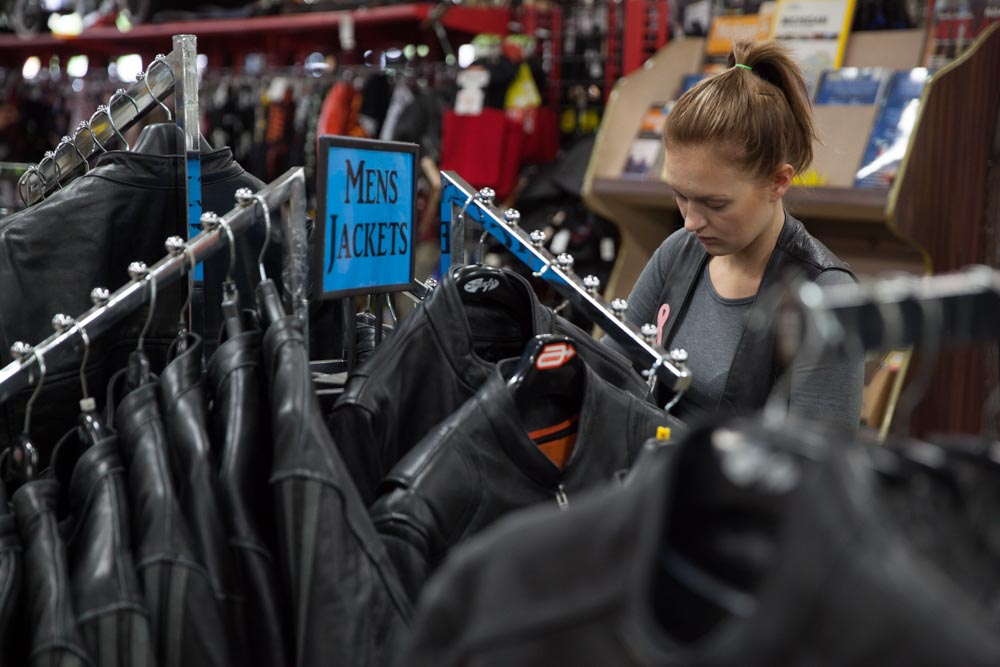 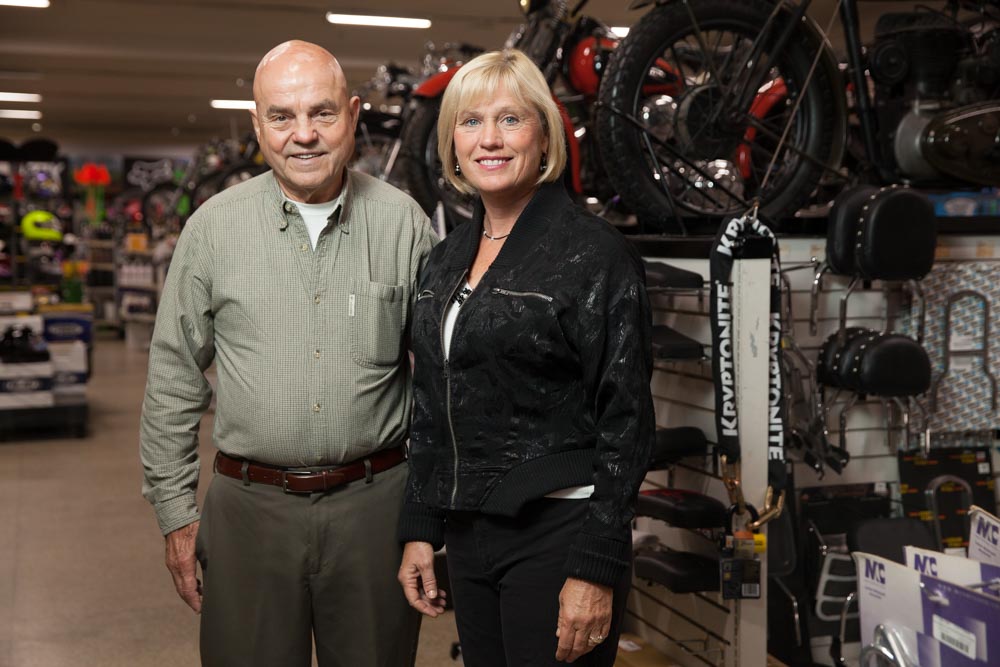 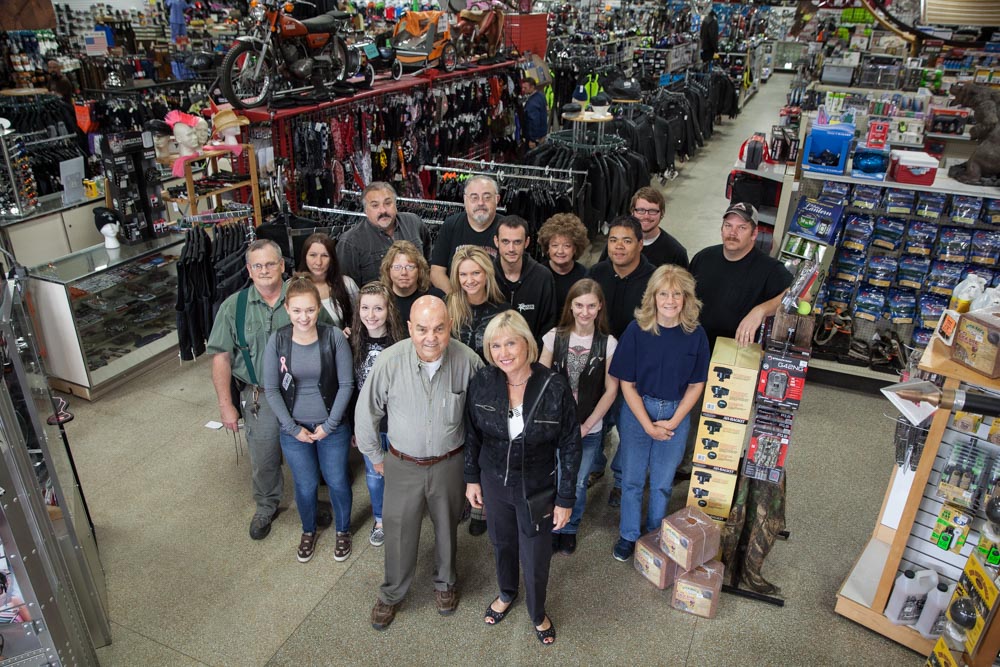 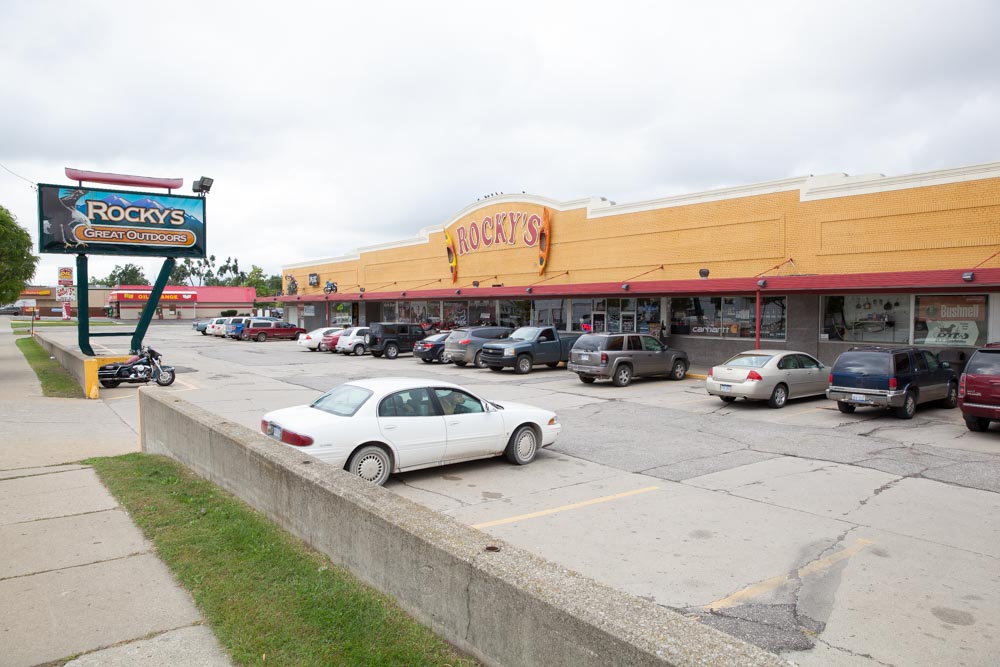 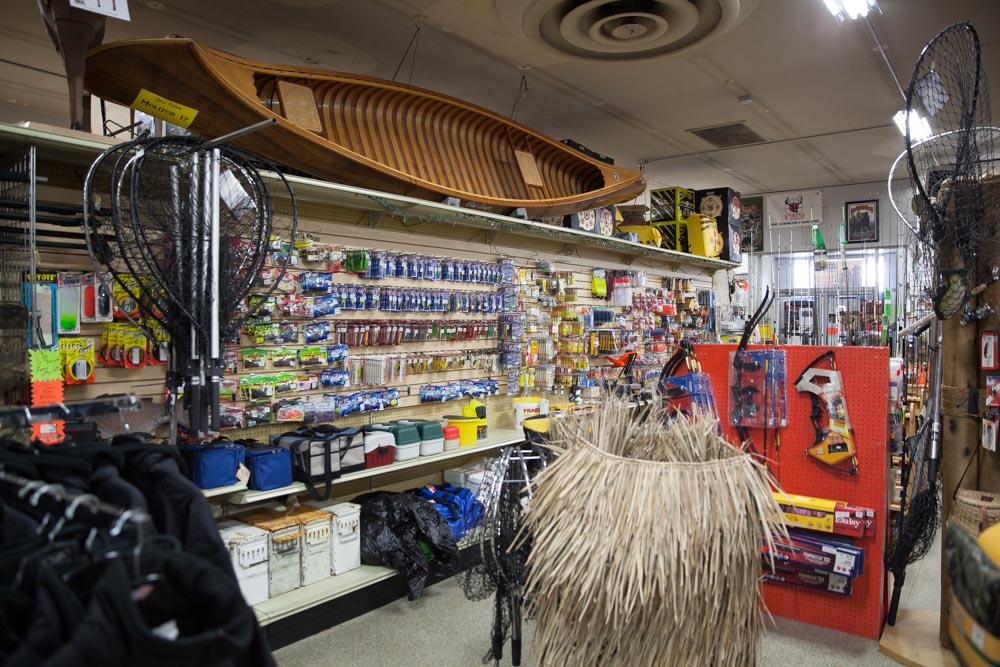 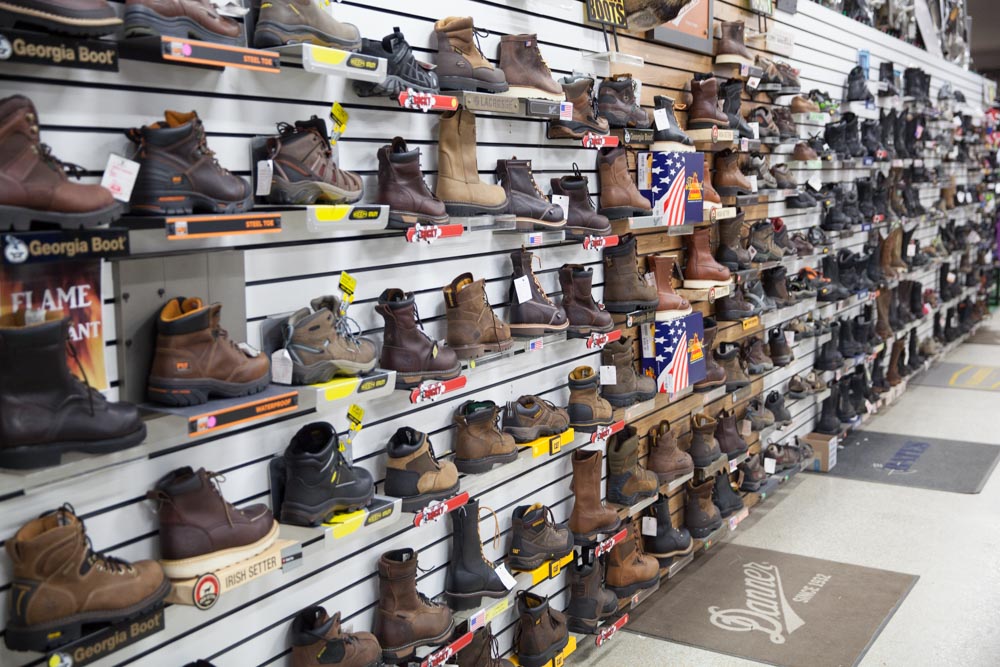 Rocky expanded his merchandise selection by adding tents, canoes and camping and fishing gear. “One thing led to another,” Rocky remembers, adding that he later began offering a line of snowmobiles in the winter. Today, Rocky’s Great Outdoors is described by General Manager Rob Fisher as “a toy store for grownups.” “It’s like Christmas here every day!” he exclaimed. Just what can you find at Rocky’s? You’ll find outdoor apparel, footwear, hunting gear, military goods, paintball supplies, archery supplies, leather jackets and water sports gear, and that’s just the start. After all these years, however, Rocky’s is best known for its boots. “We carry the best selection of outdoor boots in the country,” boasts the proud owner. 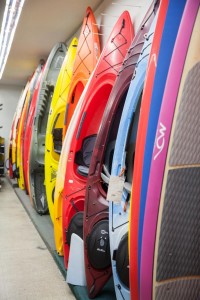 There are 22 employees at Rocky’s, some who have been there for over 30 years. “I love it here,” says Courtney Ryan, a sales rep in the boot department. “Rocky’s has everything. Whether it’s hunting, fishing or motorcycles, you name it, we have it.” Rocky says the busiest time of year is around Christmas. “It’s the ideal gift store,” says Linda. “You can find something for anyone here.” Angie Versailles has been a cashier at the store for 16 years. “I love the customers,” she smiles, adding that it’s been fun to see customers who came in as kids come into the store with kids of their own.

Rocky is also very active in the community. Not only does the store support charities and host many local fundraisers, Rocky recently donated $1 million to Genesys Regional Medical Center for the Cardiac Rapid Diagnostic Center. He is a longtime supporter of Flint’s Cultural Center, as well.

Since he was 14 years old, Rocky has kept track of daily events in his life in a diary. “I can go back years and tell you what I did on this or that date,” he laughs, and he’s thankful for the business that started so humbly. He and his wife enjoy traveling, kayaking and the view of Lake Fenton from their home on Rocky Point. “It has allowed me the opportunity to sit back, do what I want to do and just enjoy life,” he says. That is exactly what he is doing, and Rocky’s Great Outdoors helps many others do the same.

Rocky was thus nicknamed by a friend in middle school because he was always picking up rocks and putting them in his pocket!