From the time the gates open in the spring through its final race in the fall, the Richfield Park BMX track in Davison is abuzz with activity.

Racers, some among the nation’s best in their age groups, duel twice a week as they sharpen their skills and prepare for national competition. Their ranks include Davison’s John Pavlick, Grand Blanc’s Jason Baird, Columbiaville’s Savanna Isom and Elida Beeman of Lansing, who all qualified for the recent World BMX Championships.

There is much more to Richfield BMX than the festive race nights, however.

“We do have something for riders of every level and age group,” says track operator Dennis Ybarra, who remains an active BMX racer at age 63. “Some come out to race, others to test themselves on the track with all the jumps and things it has to offer. We also have an annual scholarship, fundraising activities, coaching and clinics to help riders improve their skills and advance to the next level.” 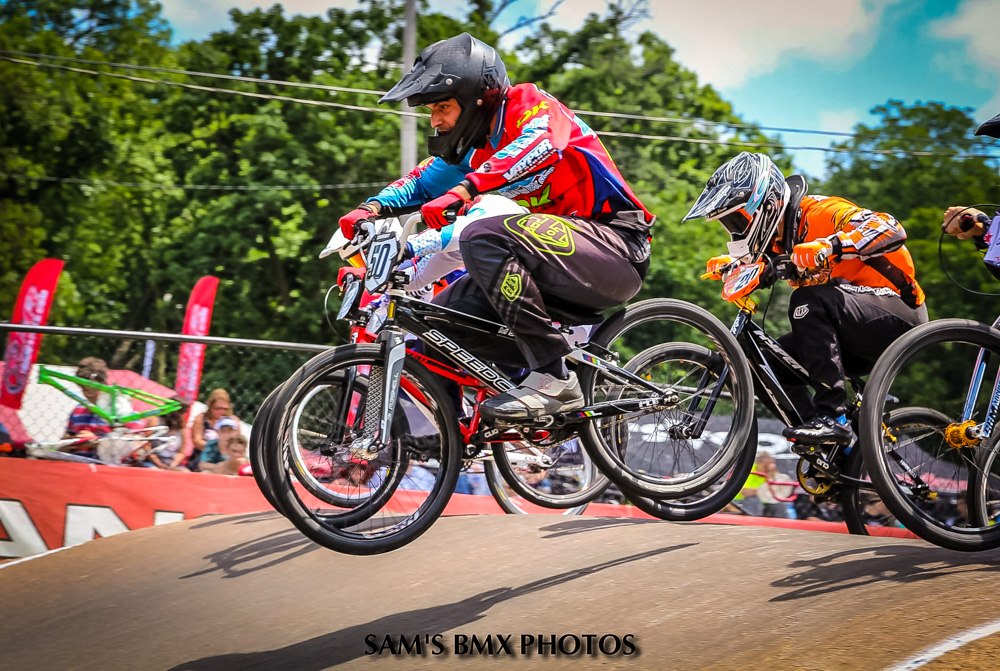 “We have something for riders of every level and age group.”
Dennis YBarra, track operator

In addition to the main track, there are trail jumps down the fence line and a separate track for younger riders, known as a strider track.

The tireless Ybarra, whose dedication to maintaining a top-notch BMX facility is unmistakable, juggles his track operator duties with a third-shift, skilled trades position at the General Motors Grand River plant in Lansing. Ybarra estimates he spends roughly 20 hours a week taking care of the venue, doing everything from track maintenance to organizing races and making sure all administrative paperwork is in order.

There is one measure, however, Ybarra uses above all others to assess his job performance.

“One of our main missions is to provide something for kids to do that takes them away from electronic devices for a while,” he says. “So, if I see people coming out, having a good time with their parents, testing out the track themselves or trying the sport for the first time, I know I’m doing my job.”

He also finds time to train for national-level races. Ybarra, who has been Richfield’s operator for more than a decade, is third of 29 riders (and the only one from Michigan) in the National Age Group 61 and over Cruiser Class (24-inch wheels) season standings.

“On a good week, with all that is required to keep everything running smoothly at the track and my regular job, I will get in about three 45-minute training sessions,” he says. “It can be hectic, but seeing everybody who comes out having fun on the track is well worth it and keeps me motivated. It’s also been an enjoyable form of exercise for me.” 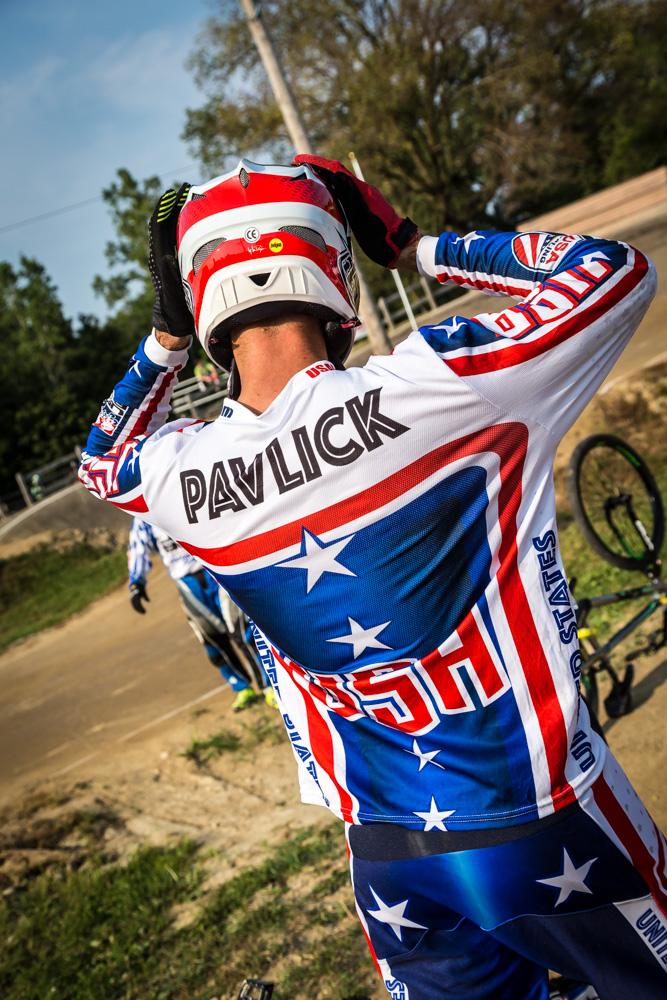 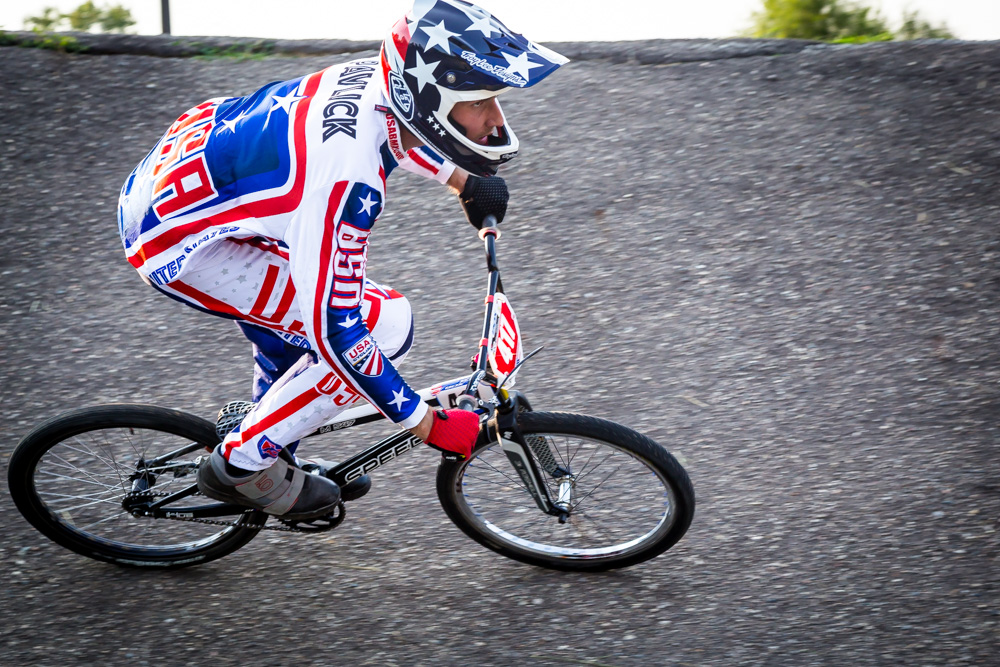 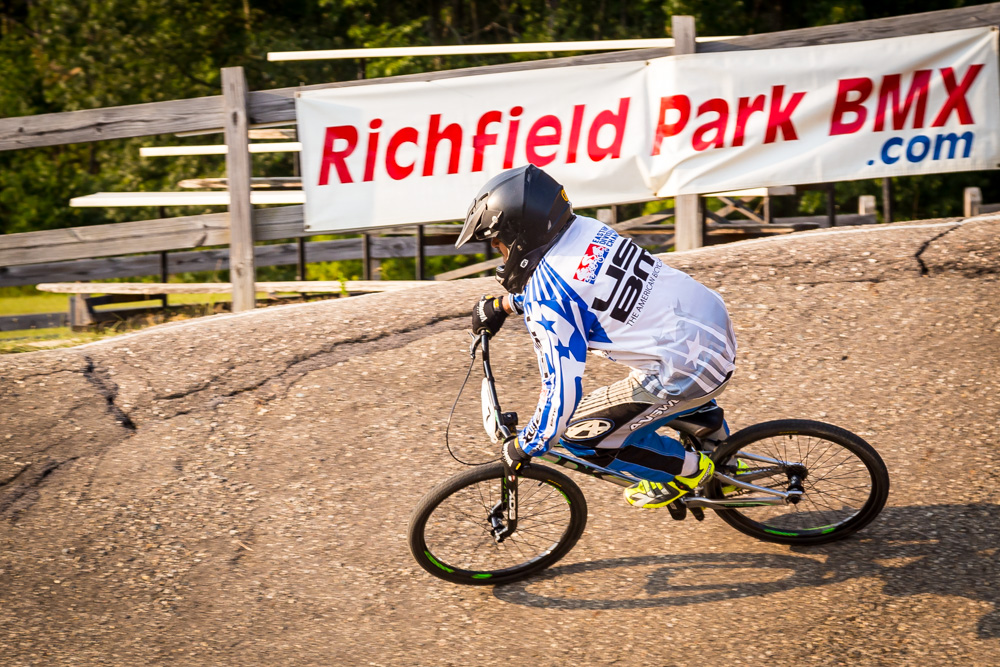 It’s clear that spending time at Richfield Park BMX is rewarding for seasoned veterans of the sport, on down to the toddlers being assisted by their parents. Many can share stories of how the facility, which opened in the 1980s, has affected their lives, sometimes in a very profound way.

John Pavlick can attest to that.

Growing up in Taylor as an admittedly shy, somewhat awkward kid, Pavlick found peace and felt at home while riding his BMX bike.

“Yeah, that’s all I wanted to do as a kid was be on my bike,” says Pavlick, now 26 and the highest-ranked Michigan rider in the National Age Group Cruiser Age 26-30 standings. “I remember being very happy while I was doing that. It’s where I felt like I belonged and I wanted to find the right place to race my bike.”

Pavlick found the perfect place when he and future wife Caitlin moved to the Flint area in 2010. Soon after arriving, the couple decided that Richfield Park’s setting with bridges spanning the Flint River would be an ideal place to have some professional photos taken. ∀

At the time, Pavlick had no idea there was something else at Richfield Park.

“We pulled in and the first thing I saw was the BMX track and all the activity going on,” he recalls. “I knew I had found the perfect place for my BMX passion and immediately wanted to discover what the track was all about. Dennis and everybody there was so nice and helpful in getting me started.”

The helpfulness has gone beyond BMX.

“It was not long before I felt part of a real tight-knit community at Richfield BMX,” Pavlick says. “I never really felt like I had that growing up when I was in high school. It’s awesome to have people like Dennis and the others in my corner cheering me on.” 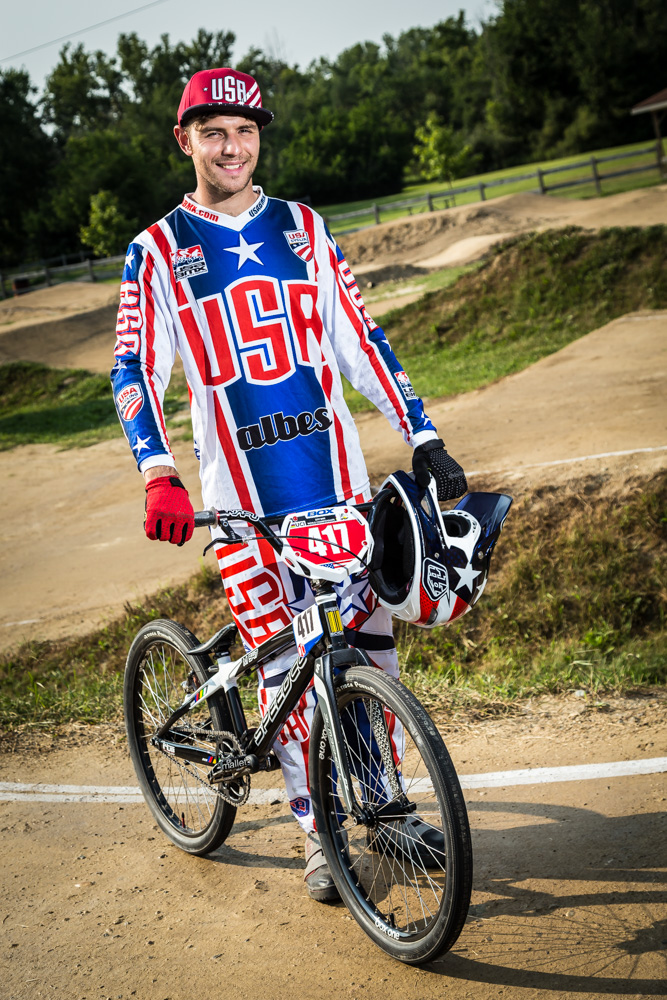 Currently, Pavlick is 15th of 50 riders in the national Cruiser 26-30 standings and his season includes a second-place finish at the Midwest Nationals. But the highlight for Pavlick, of course, has been qualifying for the World Championships held last month in Rock Hill, South Carolina. He was among 51 riders in the Cruiser Challenge 25-29 division and one of 32 who reached the quarterfinal round.

“I now joke with people that I am number 32 in the world, because, unfortunately, I finished dead last in my quarterfinal race,” says Pavlick, who qualified for the World Championships on the same track in April. “The first two rounds went well for me, but I had problems on the first turn in the quarterfinal and it killed all my momentum. I’m not going to let the one bad race take away from my World Championships experience of wearing the Team USA uniform.”

Pavlick, known as The Flying Bulldozer on Instagram, was also seventh in the 21-25 Cruiser Class at the 2016 Grand Nationals, the nation’s largest BMX competition which is held during the final week of November in Tulsa, Oklahoma.

“Grands is an amazing event every BMX racer looks forward to because anybody can show up to race there and thousands do,” says Pavlick, who also gives back by coaching at Richfield BMX. “Placing seventh there last year has certainly been my biggest BMX moment so far. Last year, I actually decided to race there on a whim and used a borrowed bike to make the final.”

Now that he’s gotten a taste of Grand Nationals, Pavlick is eager to return.

“Only 119 days to go for this year’s Grands and my biggest dream is to win it all,” Pavlick said last month. “I loved the insane atmosphere and can’t wait to go back. I’d also like to finish the season among the top ten riders in the national standings.”

“It’s been great getting to know John over the past four years and he was very fast, but a little out of control when we first met,” Ybarra says. “But he’s really improved and moved up the ladder in our sport. John remains very, very fast, but is also a great racer. It will be interesting to watch what he does at Grand Nationals.”

For his part, Ybarra has finished third at Grand Nationals in his division the past two years. This year, he has finished first or second in most of his races, including second at the Midwest Nationals. The exception was a fifth-place in the age-31-and-over open race at the Bluegrass Nationals in Louisville, Kentucky, despite being 30 years older than some of the other riders. 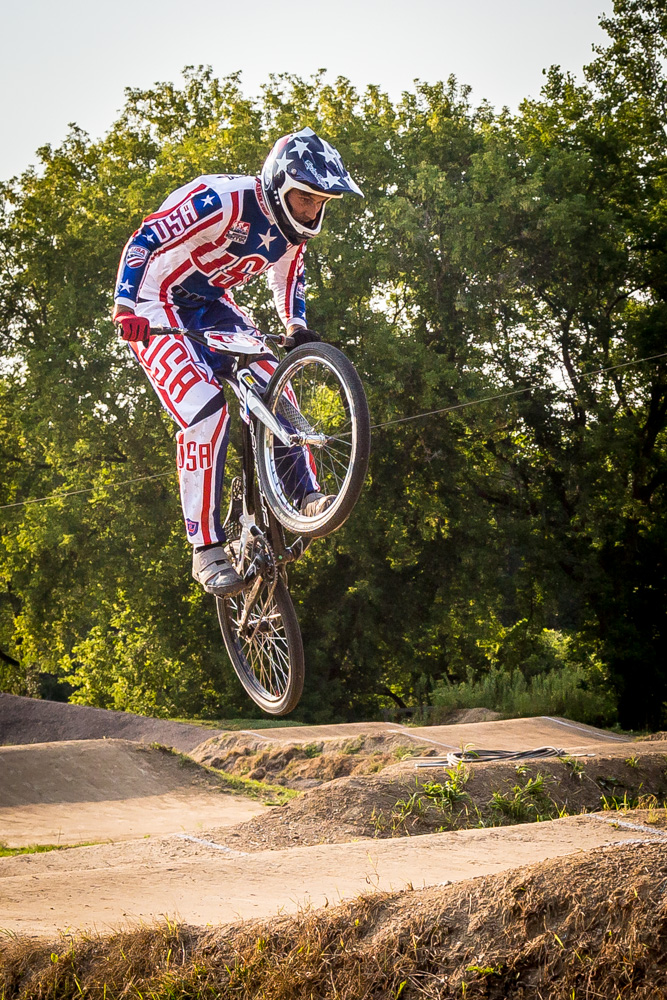 “There is another national competition in Louisville over Labor Day weekend that I’d like to win and be in contention to finish first in the national season standings,” Ybarra says. “Then, we’ll see if I can finish higher at Grand Nationals.”

It’s difficult to fathom now, but hopping on a BMX bike was the furthest thing from Ybarra’s mind two decades ago. That is, until daughter Ashleigh, the oldest of his four children, began racing at age 11.

Ybarra’s other children followed and he began feeling left out.

“As a dad, I certainly enjoyed watching the kids become passionate about BMX, going to their races and everything else,” he recalls. “Finally, though, I thought ‘why am I letting them have all the fun?’ So, I got my own bike and started racing at age 46.”

Ybarra then began taking a more active role at Richfield Park BMX and was eventually named to his current position.

During his tenure, Richfield hosted a national event for the first time – The Strider BMX Great Lakes Nationals in 2012 – which drew more than 1,200 riders. Never one to rest on his laurels, Ybarra continues looking for ways to improve the BMX experience at Richfield. He recently oversaw a revamping of the track’s last straightaway to allow for a better flow to the finish line, and changes to the bottom of the starting hill.

Ybarra expects his association with Richfield BMX and racing career to continue for the foreseeable future.

“The World Championships are coming back to the U.S. in 2020 and, I realize this might be a pipe dream, but I would love to be the oldest American ever to qualify for Worlds,” he says. “As for our track, it is now challenging, but not intimidating enough to scare away our newest of riders. It’s a great thing to see every year.”
For information about Richfield Park BMX, visit usabmx.com/tracks/1799.