Human trafficking is happening in every state in the U.S. and every country across the planet. It is an approximately $32 billion industry worldwide. In the United States, between 100,000 and 300,000 children are at risk for sexual exploitation. In Michigan, 220 cases related to human trafficking were processed by the FBI in 2015 and 62 cases were reported to the National Human Trafficking Resource Center in January-March 2016. Of those thrust into the commercial sex trade, approximately 3% are kidnapped, 62% are lured in, and 35% are sold by their own family members. The average age of girls affected is between 11 and 14 years old.

After reading these horrific statistics, it makes one wonder what is being done to help victims of this appalling crime. Luckily, in Michigan – currently ranking as the second highest for reported human trafficking behavior – Amy Rouleau of Swartz Creek has made it her mission and interest to help those who have been affected, and educate everyone to prevent this corruption from continuing.

Rouleau is the director and co-founder of Restoration Place – a faith-based, 501c3 non-profit organization that specializes in the care of victims of abuse, neglect and sexual exploitation. Preventative and restorative in its approach, the organization began in October 2012 with a vision of bringing hope to those affected, and a goal to provide a long-term aftercare home for survivors of human trafficking. The planned home will be for girls, ages 11 to 17, with tailored programs involving spiritual guidance, equine therapy, trauma-focused therapy, art, music, education and physical activity. By combining mental, emotional, physical, and even spiritual support, the Restoration Place program offers something unique to the area.

Rouleau’s first encounter with this issue attending a retreat with a theme – unbeknownst to her – of human trafficking education. After believing that it only happened in other countries, Rouleau learned very quickly that it happens right here in her own community. This realization resonated with her from details of her own past: when she was 14, her father was arrested for sexual abuse. She was in the foster care system for some time, and eventually lived with her grandparents. Her past led her to pursue this issue.

“It’s definitely a personal, spiritual calling,” Rouleau says. “It’s what I was designed for.” 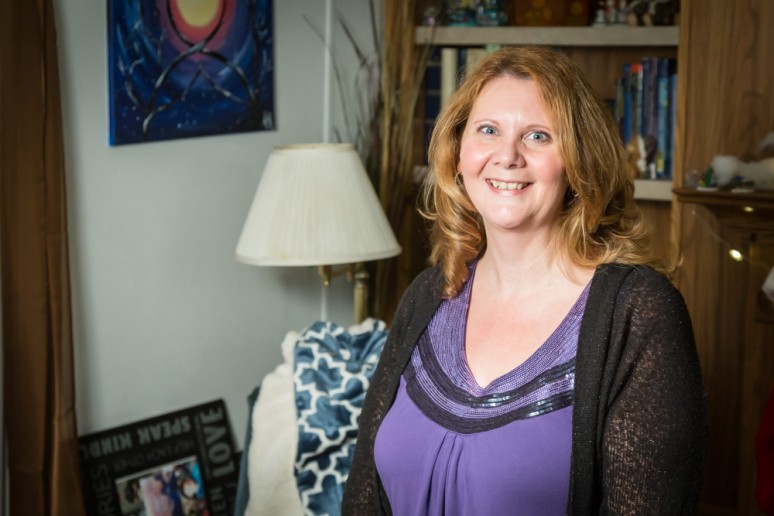 Rouleau graduated from the University of Michigan with a bachelor’s in Social Work. While in school, she heavily researched the federal laws surrounding human trafficking and child labor laws, the Michigan Penal Code, and she wrote many research papers on the topic.

“I dove in head first,” she says. “I started talking to friends and asking, now that we know what it is, what are we missing as far as services? Where can we be the most useful?”

They found that the largest gap in services was shelter for those who have been affected. This, Rouleau and her friends decided, was their goal.

After a time of intensive searching, the group found a perfect, secluded piece of country land in Shiawassee County to build a house that victims of human trafficking and sexual exploitation can call home. Their largest funding challenge is raising $300,000 for the 6,000-square-foot house. Right now, they have the 11 acres in Shiawassee County and plan to break ground by the end of summer 2017. Among typical house amenities (kitchen, laundry room, bathrooms), the house will have a library, a school room, a game room, an office, and a therapy room.

Once the house is built and they receive their license from the State of Michigan, they anticipate the house to be fully occupied on its first day open. Once they’re contracted with the Department of Human Services, children who have been identified as sexually abused or trafficked will come from the Michigan Foster Care System. For each child, Restoration Place will develop an exit strategy plan. They will start with six girls staying for as long as they need care; until they’re adopted, can return to their own family, or turn 18 and can be on their own.

Once Restoration Place opens its doors, they plan to educate DHS workers about the criteria for accepting kids who need the home. There will be a referral process to make sure it’s a good fit for the type of trauma that each of them has endured.

“No case ever looks the same as the last one,” she explains. “It can be difficult to figure out, which is why we need the education so much, so that our teachers, doctors, or whoever know which questions to ask.”

The group’s current activities include educating the public on human trafficking, how to identify and respond, and developing and implementing fundraising. They tailor specific presentations based on their audiences – any group, large or small, for all ages, genders and demographics.

Other fundraisers that are helping to reach their goal for the house is the Jam Jar Drive, in which Restoration Place team members place small, empty jam jars at various locations around the area for people to  donate their spare change. The upcoming distribution dates are January 15 until February 26. Last year, $8,500 was raised by the Jam Jar Drive, alone. Another event they will host is their annual Restore Hope Banquet, which will take place at the Crystal Gardens Banquet Center in Howell on April 27. Anyone interested in attending and hosting a table of ten people can contact Rouleau.

Consisting of seven board members and many volunteers, the Restoration Place team has a passion for ending trafficking. A Christian organization, it is open to people of all denominations. “Some of our members are confident and creative, and some members keep us grounded,” Rouleau says. “Our group is diverse – but it works.”

When tackling this local issue, a large, dedicated team is certainly helpful. In Genesee County, there are nearly 2,000 underage children who are homeless, putting them at a higher risk to be caught up in human trafficking. For this reason, Restoration Place is building a network with other Flint-area organizations, like REACH/Traverse Place, ReMix (Genesee Coalition for Disconnected Youth), and the Genesee County Human Trafficking Task Force, which they have worked with to develop a county-wide protocol when helping girls who they believe to be trafficked.

Disproportionately, this issue affects more African American girls in poverty than any other race, gender, or socioeconomic status. Sometimes, the cause isn’t external; sometimes, the girls don’t believe they’re in any sort of trouble, because their abusers offer them food and other comforts, or, the girls get caught in “debt bondage” and will endlessly try to pay off a debt that their abusers hold over their heads – something that occurs frequently with foreigners on temporary visas. Sometimes, the organizations that try to help are following protocol; but the girls don’t always want help.

“All we can do is plant the seeds and at some point, they’ll know that there’s a way out,” Rouleau says. In extreme situations, however, after she coordinates with REACH or ReMix and something still doesn’t seem right, she calls Child Protective Services. 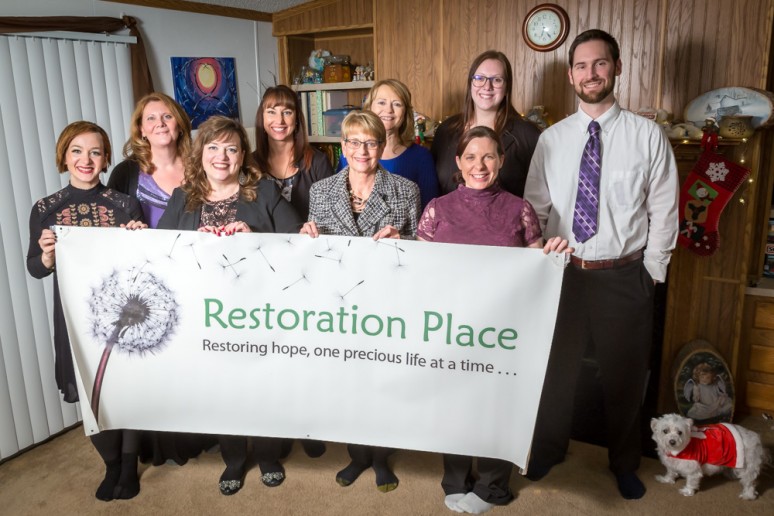 Awareness of this issue includes knowing how to identify the traffickers who lure girls into participating in this crime. Some of these abusers act sweet and charming toward a girl, approaching her to see how she reacts, asking to use her phone or drawing her in with a promise of a modeling job or other glamorous career. Recruiters frequent shopping malls, bus stations and other public, high-traffic locations. Important to understand, is that there is a nearly untraceable underground network of these pedophiles with their own lingo that seems innocuous to an untrained ear; they are intelligent and know exactly what they’re doing.

“It can happen very easily. Predators just seem to know,” Rouleau says. “They have this knack for picking kids out and knowing if they’re a good target. These girls probably think, ‘This won’t happen to me.’ They think they’re invincible. Combine that mindset with low self-esteem, and you’ve got a recipe for disaster.”

This year, Restoration Place has raised $30,000 toward their goal of building a home for these young girls. Luckily, Rouleau has found that people are responding to the group’s message. “The community response has been phenomenal,” she says. “People want to help, and they know our efforts are going toward something fruitful.”

Rouleau encourages everyone to educate young people on the dangers of this crime, to keep their eyes open and listen to their gut; if it doesn’t feel right, it might not be.

“We’ve always known this was here, but it’s got a new language now, so people are paying attention,” she says. “People are re-learning what it is. It’s something deeper.”

For more information about Restoration Place or human trafficking, to request a presentation about this crime, and to find the locations for the Jam Jar Drive, visit RestorationPlace.org.

Other Facts About Human Trafficking

Information gathered from PolarisProject.org, Shared Hope International, and UNICEF.
If you suspect anything, you can call the Human Trafficking Hotline at 1.888.3737.888 or text BE FREE to 233.733.