For many years, the Buick Open PGA Golf Tournament, sponsored by General Motors, was Genesee County’s premiere summer happening. The week-long tournament not only provided a significant annual boost to the local economy, but also raised hundreds and thousands of dollars for local charities. The tournament ended in 2009, the same year GM went bankrupt.

Whether it was the hissing and cheering at the 17th Hole, getting autographs from some of the world’s top golfers, or following popular pros like Tiger Woods, Phil Mickelson or John Daly (a Flint fan-favorite) from hole to hole – the Buick Open created long-lasting memories for many. 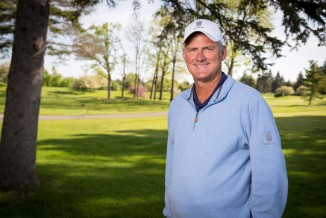 Kevin Otsby was Buick Open Tournament Director and also a past president and board member at Warwick Hills Golf & Country Club. He was heavily involved in keeping the event at Warwick Hills. He met with My City Magazine to share some memories and interesting facts about the Buick Open. According to Kevin, it was the first corporate-sponsored golf tournament and Buick was the first such sponsor. It was also known for having the largest first-year purse, which totaled $52,000. Billy Caspar won the inaugural tournament in 1958, taking home the $9,000 winner’s purse. “The winner always received a car in addition to the cash, and Caspar said that meant more to him than the purse,” Kevin says. In 2009, the winner’s prize was $4.9 million, taken by champion, Tiger Woods, who shot a 3-under 69. “We had some outstanding players over the years,” Kevin adds. 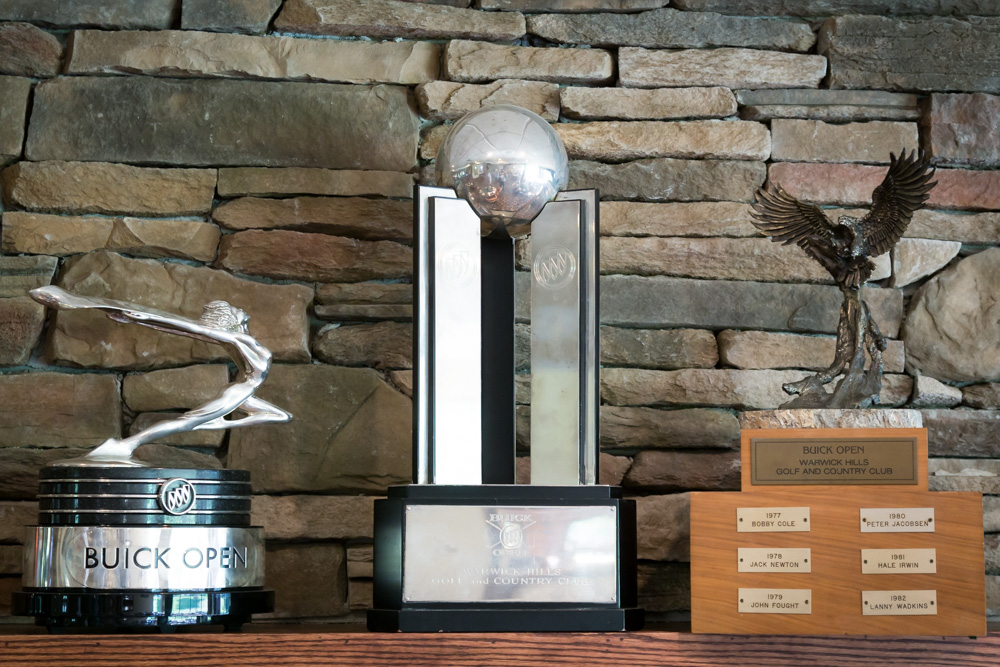 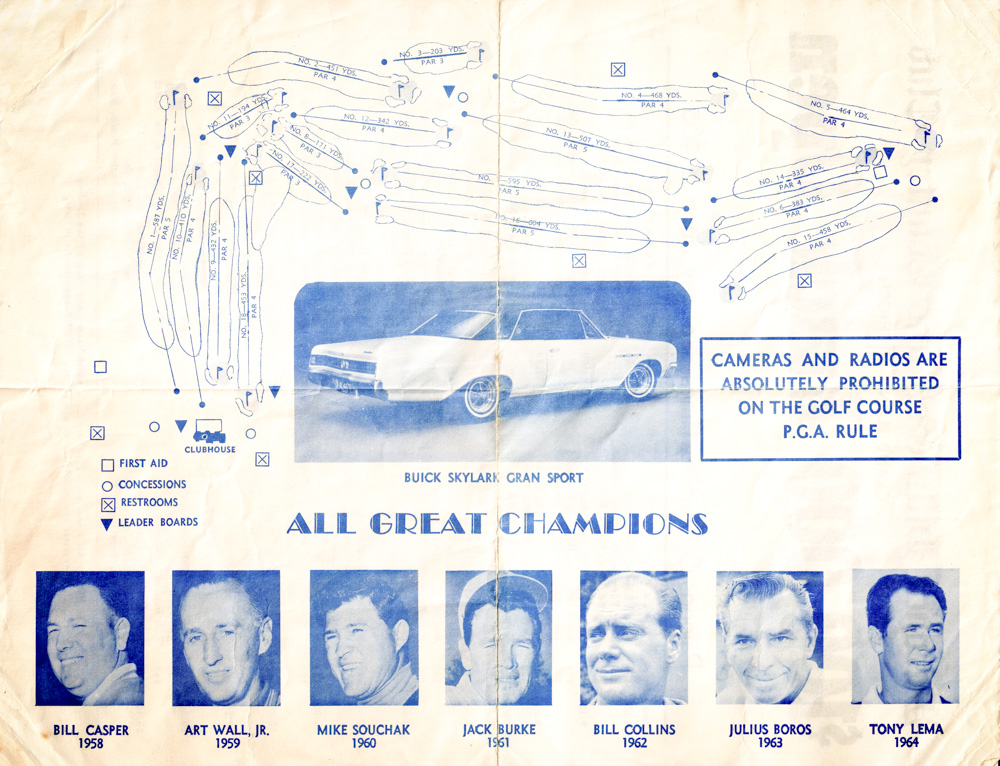 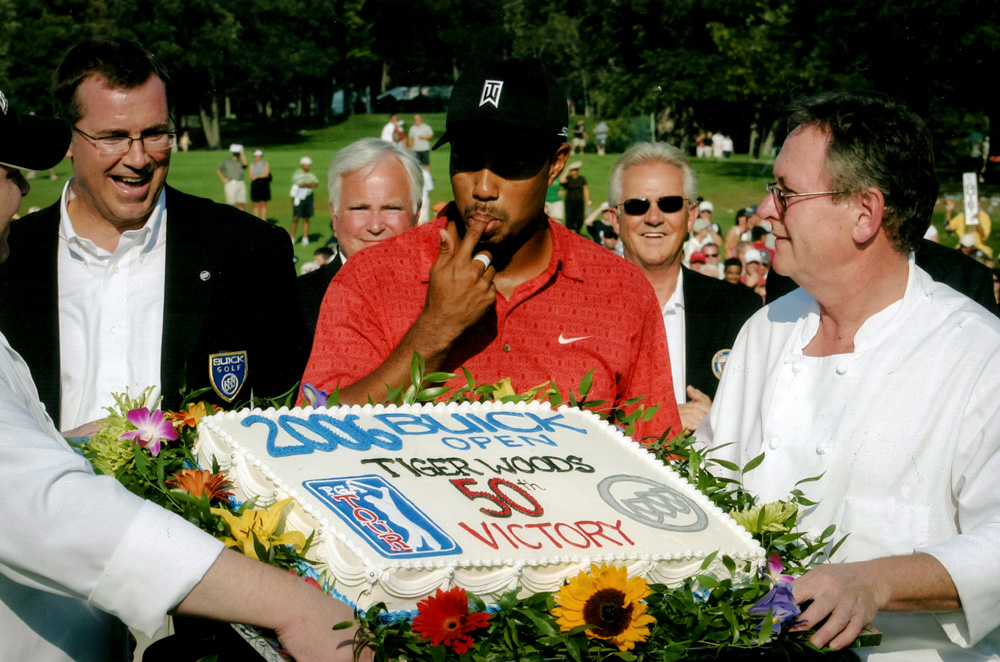 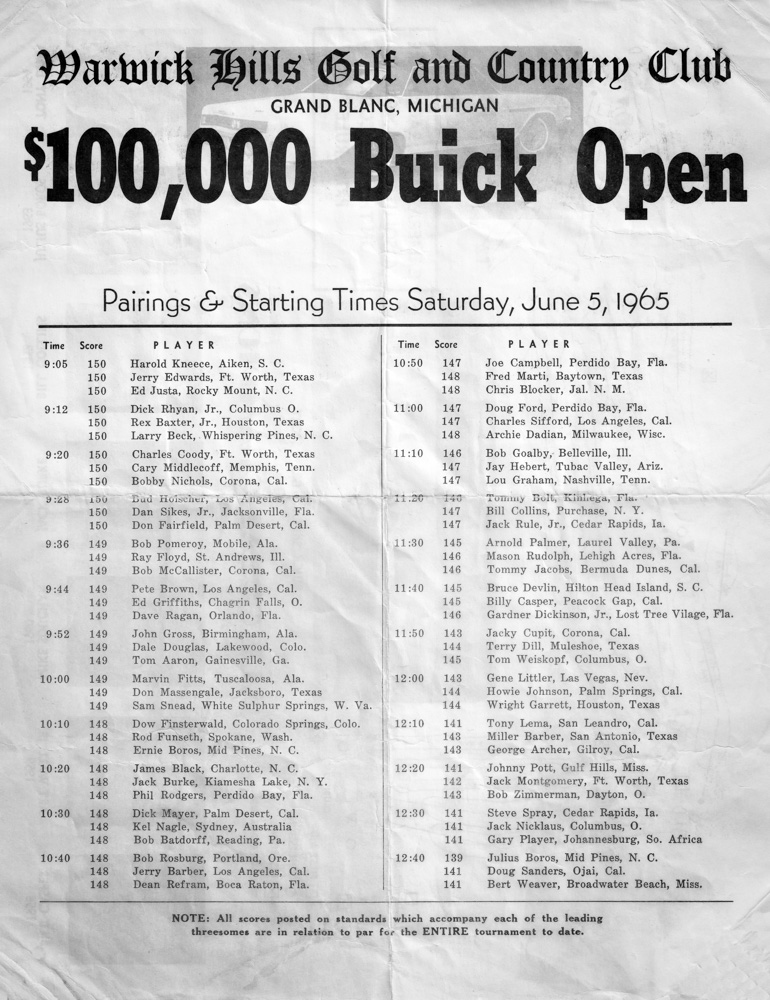 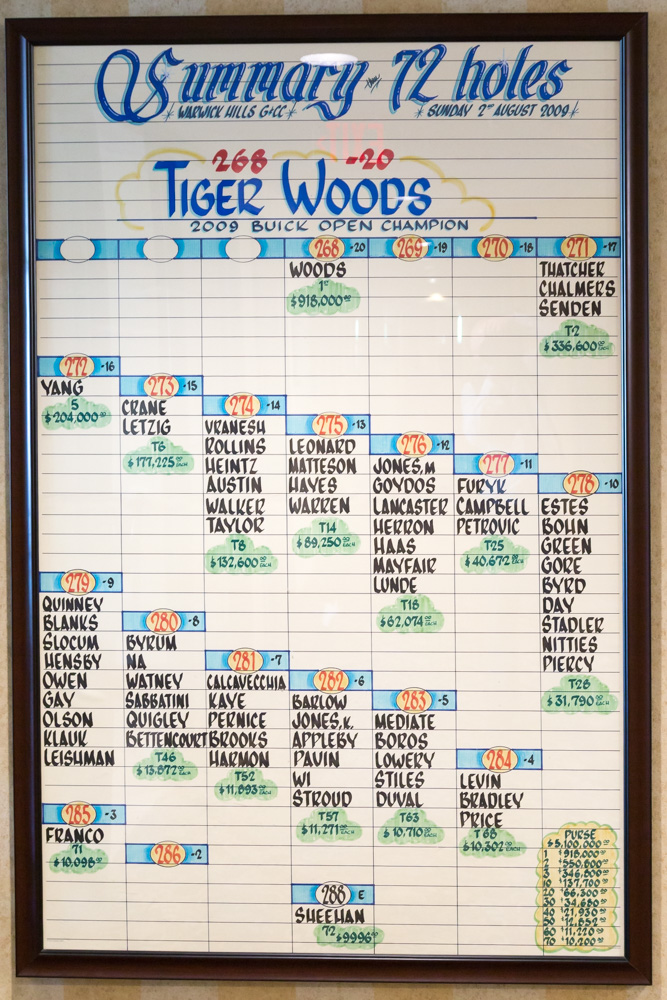 The Buick Open was hosted every year by Warwick Hills, with the exception of 1977, when it was held at the Flint Elks Club. Prior to that, there was a seven-year period during which the tournament was not held. It returned to Warwick Hills in 1978. The first hole-in-one in the tournament’s history was made by Butch Baird in 1962; however, Jerry Barber shot the first televised hole-in-one when he aced the 222-yard 17th hole using a 2 iron. And, you can’t talk about the Buick Open without mentioning the 17th Hole. “Everybody loved the 17th Hole,” Kevin laughs. “It was the biggest party in golf! Fans in the gallery would cheer for the good shots and hiss at the bad ones. A spectator jumped into the pond one year. It was pretty crazy!” 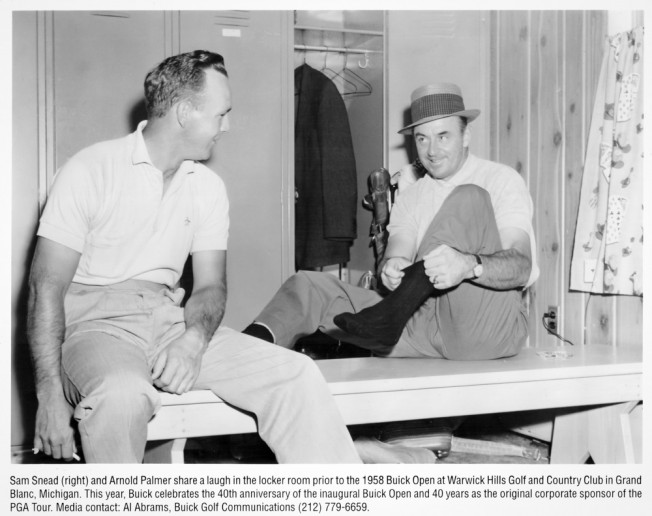 A Pro-Am tournament was held every year, attracting many celebrity players like Kid Rock, Bob Seger and MSU Basketball Coach, Tom Izzo. “I met Kid Rock,” says Kevin, “He was very polite and courteous.” It was pro golfer Phil Mickelson, however, who impressed Kevin the most. “Phil made the biggest impression on me and many others,” he shares. “One time, he didn’t make the cut, but still stayed around for a couple hours to sign autographs for fans. He was an absolute class-act and one of the most personable players out there.”

For Kevin, his best memories of the Buick Open are, perhaps, its major impact on the community and the many wonderful volunteers who were involved. “The final tournament in 2009 raised $1 million for charity,” Kevin says. And, it went to local non-profits including Easter Seals and Whaley Children’s Center. Boy Scout and Girl Scout troops volunteered at the event, as well as the Mt. Holly Ski Patrol and thousands of others. “The Buick Open had 15 winners who were major top-winning golf pros and drew record crowds,” Kevin reports. “The tournament brought in millions of dollars to local businesses over the years. It was a huge economic boost to Genesee County!”