Finding their life’s true rhythm happens to only a lucky few. For Reichlin Small, music just “happened” to him, and he couldn’t be happier.

Originally from Mt. Morris, the soft-spoken musician is typically out and about in Downtown Flint, playing with a group in Wilson Park, at the Golden Leaf Club, Cork on Saginaw and Soggy Bottom Bar – wherever the music takes him.

Reichlin began playing piano at the age of four, his musical talents supported by his mother – an opera and gospel singer – and his sister, a classical and gospel pianist and flutist. 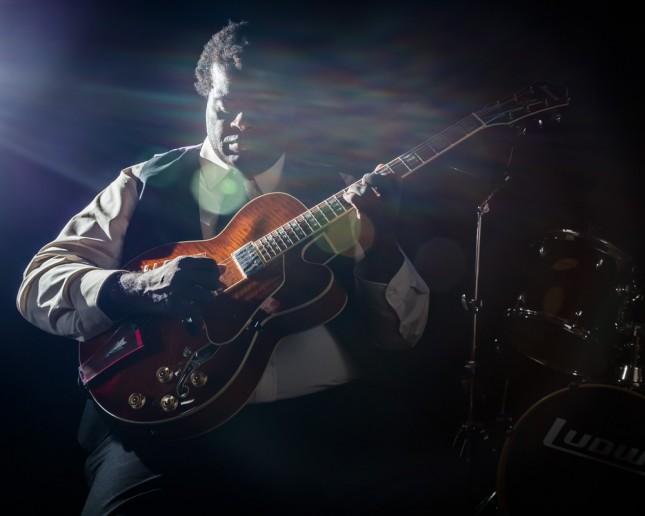 “My favorite thing about playing is being able to
communicate with other musicians. It’s a form of language.”

He still plays some piano, but discovered and fell in love with the clarinet in grade school, playing it all the way through college and still today. More commonly known in the Flint area as a guitarist, he began playing that instrument after graduating from high school, amongst many others including the saxophone, trumpet, flugelhorn, trombone, flute, violin, mandolin and banjo. 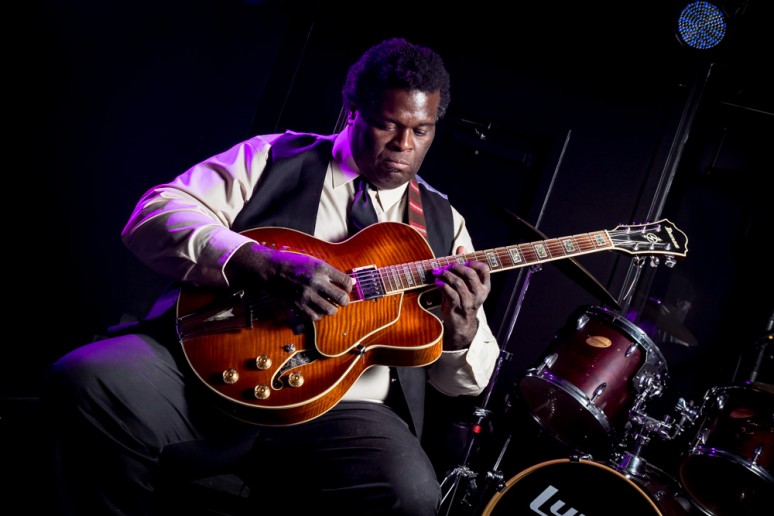 Not only diverse in his range of musical talent, Reichlin plays a variety of musical genres, as well. Always a jazz listener – having grown up watching Duke Ellington, Count Basie and Cab Calloway – he became a jazz musician after college. When he was younger, he was a heavy metal fan, as well. Now, he enjoys playing blues, rock, and even Irish music.

“I’m strongly influenced by the classical European stuff, and jazz through a European filter,” he explains. “Whenever I hear jazz played the American way, I end up listening to how it’s interpreted across the pond and use that version instead.”

After his years in the Mott Community College music program, Reichlin became involved with the Flint Institute of Music, playing clarinet in three of their orchestral groups. “I enjoyed that immensely,” he shares. “At the time, that was all I could see myself doing.”

For about six years, Reichlin has performed with Eclipse – a Flint-based ensemble that has a funkier sound; Reichlin describes the sound as “more funky, not so jazzy, not so in-your-face.” On occasion, they’ll flip the genre and become The Reichlin Small Group – they’ve played mostly jazz for eight years. 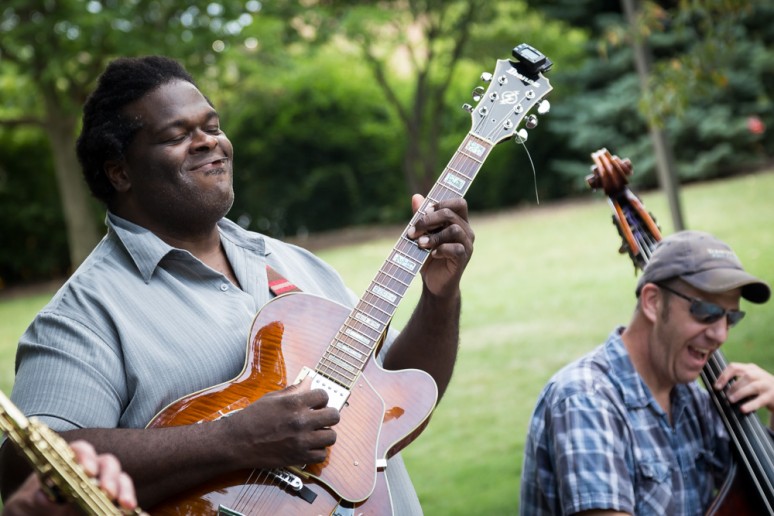 Both in the ensemble and solo, Reichlin performs mostly covers of songs, with improvisations effortlessly woven in. He has also written some music himself.

“We could stretch those songs out until the cows come home,” he says, laughing, adding that he does enjoy the instantaneous composition that comes with jazz, but also finds the genre to be more enlivening than most.

“What I also love about jazz versus other types of music is what I categorize as the long form of the song,” he explains. “I’ve noticed in the last ten to 15 years that songs on the radio, in most genres, have become oversimplified to the point where there is precious little variety of melody. The thing I love about jazz is that songs can have more than one part. That lends toward keeping at least the player in me awake.”

While never getting too caught up in fame, learning and teaching seem to be deeply instilled in him.

“My favorite thing about playing is being able to communicate with other musicians,” Reichlin says. “It’s a form of language. We’re sharing – and sometimes stealing – phrases. I also enjoy teaching young students about music, about this language.”

Reichlin teaches students, ages eight to 60, at Hi Fi Music in Flushing, although teaching is something he’s done since 8th grade when he took over the clarinet section of his school band.

“I guess that’s when I caught the bug,” he says. “I’ve been teaching ever since. With some students, it starts out as a mechanical thing and becomes musical later. I enjoy watching those lights turn on.”

As for the different musical genres that have simply “happened to him,” he believes it broadened his musical scope. 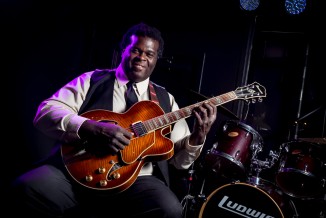 “I jumped into that pool and never looked up from the water for years,” he says. “While I was enjoying that, I started hearing other things I wanted to do, which seemed to be out of the confines of genre language, so I started thinking, ‘Why can’t I do this here?’ and it turned out there was no reason. I can!”

Reichlin’s experimentation with genre overlap keeps his outlook – and his playing – active and fresh. Currently, he is working on his first CD, though he has had experience doing live video recordings several years ago with some members of the band, P-Funk (a spinoff of Parliament Funkadelic of the 70s).

As for breaking the “rules,” of genre, Reichlin has the perfect reason. “I wanted to play something that was more sonically open to my ears,” he says. “The world was bigger than the two or three notes I was ‘allowed’ to play.”

His musical inspirations – along with his mother and sister and the many countless musicians of which he is a fan – include Bugs Bunny, “because he played every instrument,” and Bruce Lee, who he says “took from many martial arts and created his own from that. That’s what I try to do with my music.”