Analysis Plus was founded in 1993, and is co-owned by Flushing resident Mark Markel and his business partner, Qinwei Son. They started out in Son’s basement, but grew so fast they moved to a storefront in Downtown Flushing. 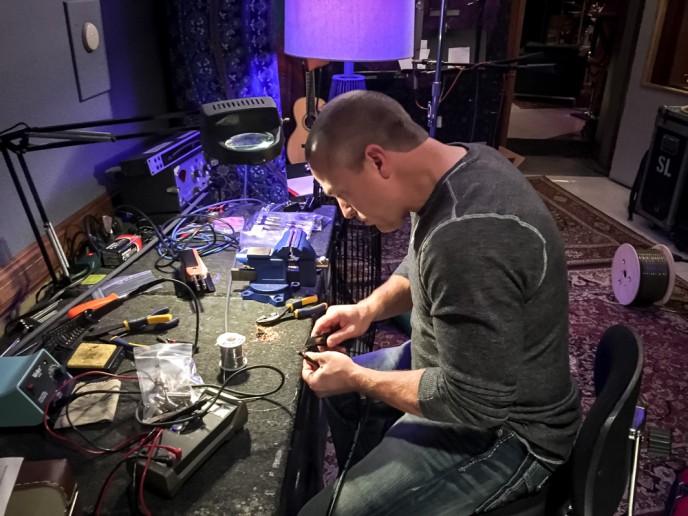 “We are engineers who never thought we’d be making audio cables for a living.”
MARK MARKEL

“We are an engineering company that specializes in computer modeling to solve problems,” Markel says. The largest cable manufacturer hired them to analyze their product. “What we discovered is what they had been teaching us in school is wrong,” says Markel. “With our computer simulation, we were able to design and create a unique, hollow, oval cable with superior performance.” Once they discovered this, Markel applied for a patent, received it, and started producing cables. 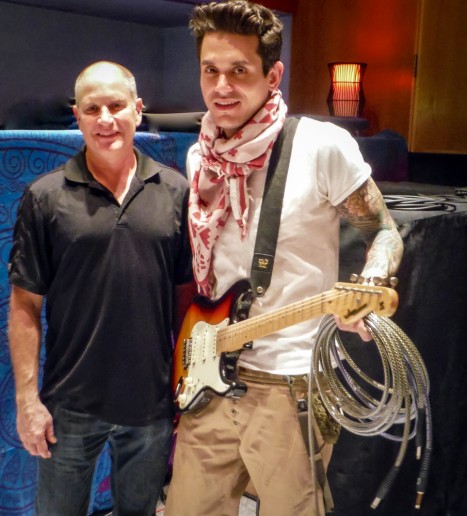 One of the company’s most famous clients is singer-songwriter, John Mayer. According to Markel, Mayer was using a large recording room at Capital Records in California – the same room Frank Sinatra used to record in with big bands. Mayer plugs directly into his amp at one end of the room, plays, and then listens through the studio monitors on the other side of the glass.

“John said our Yellow Oval instrument cable is the only one he can use at this length, and still feel like he is hearing everything as it should sound,” Markel reports. Mayer added that the Analysis Plus cables are different: “Once you use one,” Mayer said, “it actually becomes as much of a part of your sound as the amp and the guitar. You don’t have to be an audiophile to hear and feel the difference.” “One of the biggest benefits is that our cables don’t lose a signal,” Markel adds.

When Markel first got Mayer’s business, he didn’t know who Mayer was. “John flew us out to California and we stayed in a swank hotel,” Markel remembers. “He’s a huge believer in our cables.” 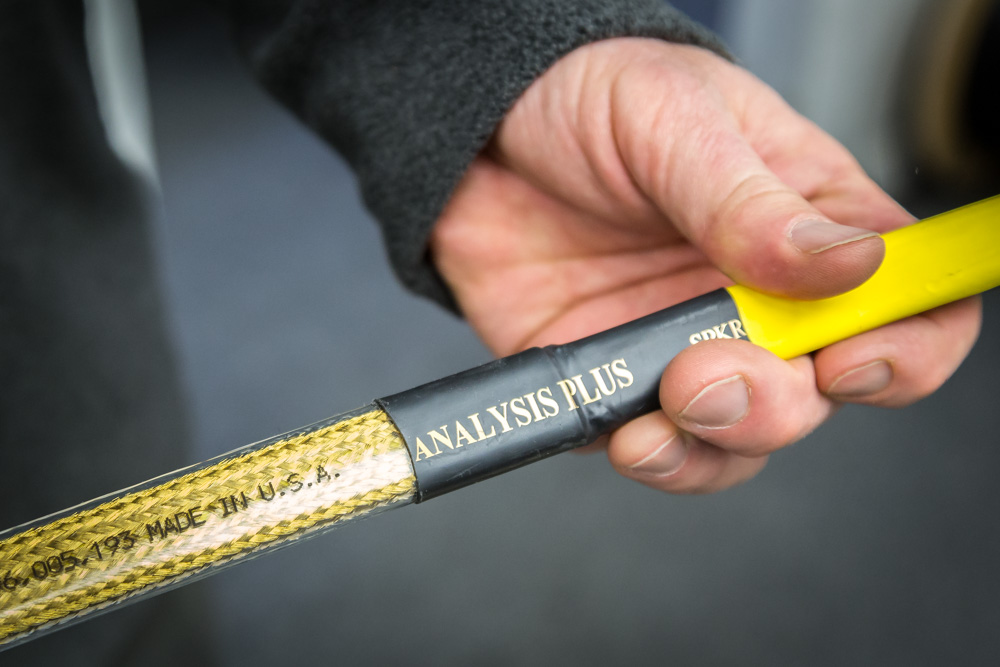 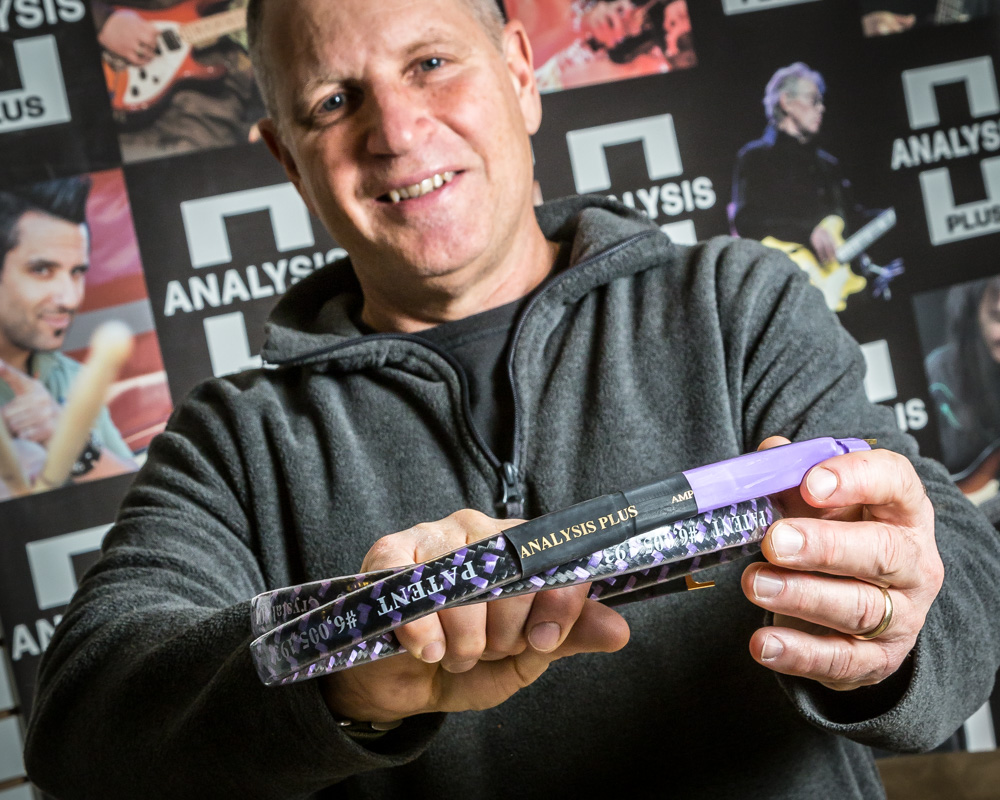 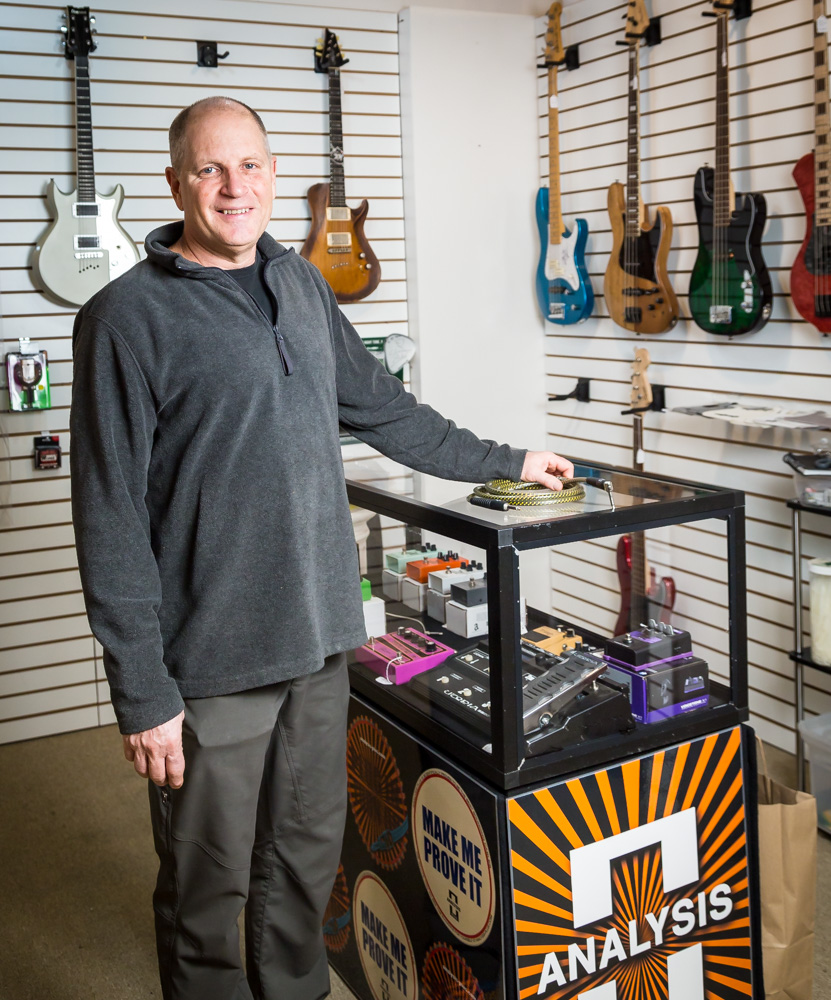 Some of Analysis Plus’ biggest customers are in Russia, China and Japan. In all, the company does business in about 40 countries. One of the biggest draws for their customers is that the products are made in the U.S.A. “The packaging, printing, connectors – everything – is made in the U.S.A.,” Markel says. “That’s a big deal to them.” They also have clients in Pakistan, Iran, Columbia, Peru, Chile and all over Europe. “We are small enough that we can respond quickly,” Markel says. “We can even get an order to them in a day’s time.”

The company attends many trade shows during the year, and they are currently gearing up for the Consumers Electronic Show in Las Vegas, NV this month. They also attend the National Association of Music Merchants (NAMM) Trade Show in Anaheim, CA. The Summer NAMM in Nashville, TN is another big trade show where they meet with many of their clients.

What’s so funny to Markel is that neither he nor Son ever intended to be in the cable business. “We are engineers,” he says with a laugh. “I never thought I would be selling audio cables for a living.”