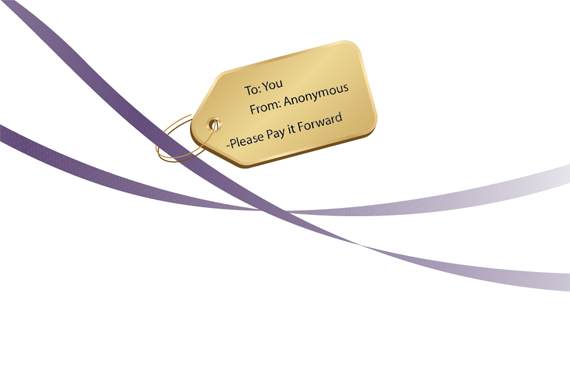 Volunteers are special people – considered the heartbeat of many local agencies. By definition, volunteering is an altruistic activity intended to promote the common good or improve quality of life. In return, this activity can produce feelings of self worth and respect; however, there is no financial gain involved. So why do people volunteer? My City Magazine explored this question by interviewing six individuals who volunteer at local agencies we’ve featured in our magazine. What we discovered is that they don’t give of their time for recognition or reward; in fact, most would rather remain anonymous. We also learned that they volunteer for many reasons. But a common denominator does exist. What all these people share are big hearts and a desire to give back. Here are their stories.

Jay Moldenhauer was a factory worker for many years, but when the economy took a turn for the worse, Jay found himself laid off with three kids and a wife to support. He saw an opportunity to go back to school, so he began taking classes at Baker College. Months later, however, his unemployment benefits and sub-pay ran out, and he and his family faced the holiday season with no income at all. Their situation was beginning to look desperate when one day, Jay came home to find a box of food containing all the fixings for Christmas dinner: a gift from his church. A few days later, he received a money order in the mail. To top it off, his neighbors blessed him with a brand new dryer. “I was flabbergasted,” Jay remembers. He also recalls trying to refuse the gift, but his neighbor said something that changed his mind. It seems that Jay’s neighbors had been watching out for him while he was laid off, and they said, “Please keep this gift and when things get better for you, pay it forward.”

Things did get better for Jay, and that is exactly what he did. Jay has always loved the work of Old Newsboys of Flint and he greatly respects Chris Hamilton, who heads the organization. So for the last few years, Jay has assisted Chris with the Old Newsboys’ Poker Room, which raises much-needed funds. When asked why he volunteers, Jay says he is keeping the promise he made to his neighbor to “pay it forward.” He humbly adds, “I’ve learned how important it is to give back to your community. But I see volunteers who do so much. I’m so small on the scale.” So, if you are out and about on Friday December 13, you’ll see Jay on his corner at Center and Bristol Roads, selling Old Newsboys newspapers for the agency’s biggest annual fundraiser. “I want no child to be forgotten on Christmas Day,” says Jay. “This work makes me feel a part of my community.”

When asked to name a volunteer who makes a difference at My Brother’s Keeper – a Downtown Flint homeless shelter – founder Pastor Patrick McNeal immediately thought of Pastor Bradley Yops of New Life Community Lutheran Church. Yet, when talking with Bradley, he refused to take any credit; instead, he insisted that volunteering is an undertaking of his church as a whole.

New Life has been a supporter of MBK since 2008. Each month, Pastor Yops and other church members lead a service and provide a meal for the homeless men at MBK. Not only do they prepare the food, they share fellowship with the men during the meal. “Believe me, we learn a whole lot more from them than they learn from us,” says Bradley. “They have a lot to give if you just sit and listen.” The Swartz Creek church is a missionary church, and to them, volunteering is like breathing. “This is what we do,” said Bradley modestly. When the economy crashed in 2008, Bradley asked God in prayer what He wanted their church to be. “Be missionaries,” was the answer he received. And the church agreed that missionary work in its own backyard – at a Downtown Flint homeless shelter – would reach those who needed it most. About 40 church members participate each month, making food, loading the truck, providing music for the service and spending time with the homeless men. The church also donates their offering once a month, which MBK uses to purchase food from the Food Bank of Eastern Michigan.

“We’re called to volunteer because that is part of being the church,” says Bradley. “We need to do this. This is in our DNA.”

Carole Hickey has been a regular volunteer at GFAC for about six years, helping them prepare for special events. Carole feels that volunteering opens up possibilities for individual expression and learning. “Volunteering gives you more freedom than you have doing a routine job. I have freedom to help at GFAC in different ways than I do at work. Plus, I’m an artist and I felt that if I want to show my art there from time to time, I should reciprocate.”

Wishing to motivate others to volunteer, Carole says, “These days, people don’t have a lot of money and can’t donate as they once did. But many places just need someone to help out for a couple of hours here and there. There are a lot of things to do at places that are very short-staffed.” Carole thinks that people of any age or lifestyle can “get out there.” She’s near retirement age but not thinking about settling down anytime soon, and she wants to especially encourage her fellow retirees to volunteer. “The older generation is so rich in experience,” she says, “and a lot of times they just retire and don’t do anything. Volunteering is a way to stay active.”

Rose Mary Gorke works in the lab at Genesys Hospital. About ten years ago, she banded together her fellow lab workers – about 111 in total – to collect Christmas gifts for donation to Flint’s Ennis Center for Children. Each Christmas over the past decade, this group has provided as many as 300 gifts to children aged 18 and under, although many are under the age of four. Gorke says, “It fills my heart with joy to be able to do this for the children. If Christmas can’t be a good time for children, it’s just sad. I just wish we could do more. I truly believe it is better to give than to receive.”

Gorke’s faith drives her benevolence, and she sees herself as “an extension of Jesus.” Her motivating words to those considering volunteerism are simple and eloquent: “I think that everyone should take the opportunity to volunteer. You don’t realize how lucky and blessed you are until you see people who are without things that you take for granted.”

Melissa Gunther and her husband Martin were named 2013 Mentors of the Year at Whaley Children’s Center for good reason. The couple has devoted countless hours of time to mentoring children who have suffered severe neglect and abuse. “Volunteering is a big part of our lives,” said Melissa.

The couple currently mentors a young girl from the Center, and they enjoy taking her on outings and to restaurants. These experiences are often taken for granted by many of us, but are a real treat for the Whaley kids. “We’ve really enjoyed taking on the role of mentor,” Melissa said, “and although she was shy and scared at first, this young lady has really opened up to us and is starting to blossom!” she exclaimed. In speaking to why they volunteer, the Gunthers say, “We’ve been really blessed, so we like to give back. It’s challenging, but so worthwhile.”

The Gorskis have been volunteers at Catholic Charities in Flint for at least ten years, but are not exactly sure how long it’s been. “We didn’t mark the calendar,” said Mr. Gorski lightheartedly. The husband-and-wife duo usually works in the Soup Kitchen. They started volunteering toward the end of Robert’s career with General Motors, and they say the experience was eye-opening, “Volunteering was a way of realizing that we were blessed by a career to cover our necessities, and it allowed us a way to give back and get out of the house.”

In speaking to why they volunteer, the Gorskis believe that “it’s about being satisfied with accomplishing something. We see needs everywhere. Not everyone has the means to meet those needs.” They say that volunteering is an experience that you need to throw yourself into and not over-think. “[People] just need to try it and see what it’s all about,” Rob said. “There is personal satisfaction in helping others. You also get to meet other great people. We don’t all have the same politics and backgrounds, so you get a chance to see how other people in the world believe.”

Rob’s philosophy is that everyone has the ability to give back: “Some people don’t realize how they can share their talents, but everybody has something to give.”