After 25 years of dedicated service to the community as director of the Flint Institute of Arts (FIA), John Henry is ready for his life’s next challenge: retirement. “I’m 73,” he says. “I still have plenty I want to do and see and I feel that in ten years, those things may be a little harder for me to do. Secondly, the art world is changing in so many ways. I felt that it was time to step aside and bring in new ideas.” Since 1996, Henry has been the guiding force behind the resurgence and glowing reputation of one of the best art museums and schools in the United States. His adoption of and belief in Flint and his love for FIA are evident in his smile and passionate words as he speaks of his tenure here and his successful career in the arts. 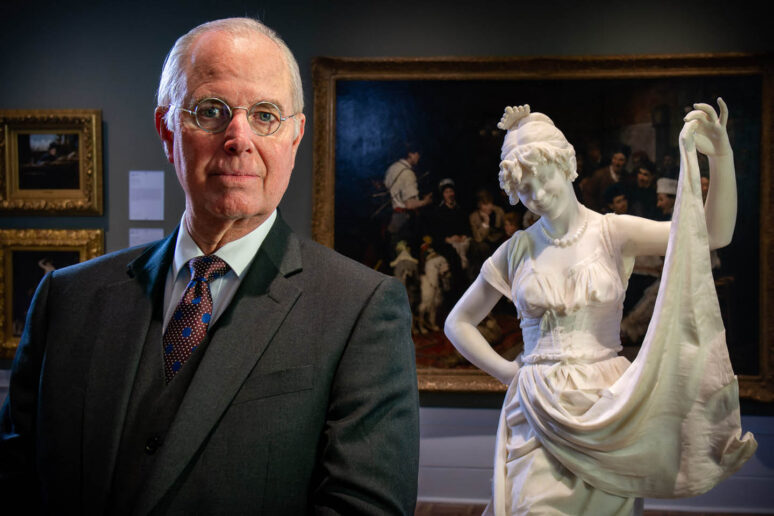 A self-described military brat, Henry moved about the country with his family as a child but always nurtured an interest in art. “It goes back as far as I can remember,” he shares. “I always intended to become an artist.” His pursuit began at the University of South Carolina where he earned a degree in studio arts (sculpture), then went on to Auburn University for post-graduate work and finally settled at the University of Mississippi, where he earned his master’s degree in art history. With a recommendation from a friend, Henry became a curator at the Columbus (Georgia) Museum of Art. “That’s how I got started in the museum field,” he says. After six years, he headed back to Mississippi to join the planning staff for the new Mississippi Museum of Art and was then hired to plan and build the Vero Beach Museum of Art in Florida, where he soon became director. “It was there that I met Marylin Truesdell, a trustee on the board of the Flint Institute of Arts. She invited me to Flint to tour the museum and school and consider the director’s position. When my wife Janice and I arrived, we were pleasantly surprised by Flint and I was intrigued by the FIA, its large school, outstanding collection, and its location within the Flint Cultural Center.” What also stood out to Henry about the museum was its stellar national reputation and support from the local community. “From what I could see, it was poised to regain its identity as an essential destination.” Henry took the job.

My retirement is the end of the chapter for me, but not for the FIA. The FIA’s story has many more chapters yet to be written.

When he arrived and assessed the situation more thoroughly, significant challenges made themselves apparent. For one, the building, built in 1958, needed important and costly upgrades; the school’s studios needed to be brought up to 21st century standards (including the installation of air conditioning and new windows); gaps in the collections needed to be filled and exhibitions, education programs, community outreach and fundraising efforts all needed a jump-start. “Another thing of greatest concern to me,” explains Henry, “was the fact that the building was under lease from the Flint School Board and many of our most important art works, including the entire tapestry collection, were under their ownership. Transferring title to the collection was my first order of business.” Indeed, as soon as the opportunity presented itself to take sole ownership of the museum’s collection, Henry jumped into action, putting the collection in the museum’s hands, then and for the future. He also put monumental effort into expanding the museum’s physical footprint to better present the FIA’s expansive collection and better establish and equip its art school. “I believe the FIA now has either the second or third largest art museum school in the country,” he says with pride. 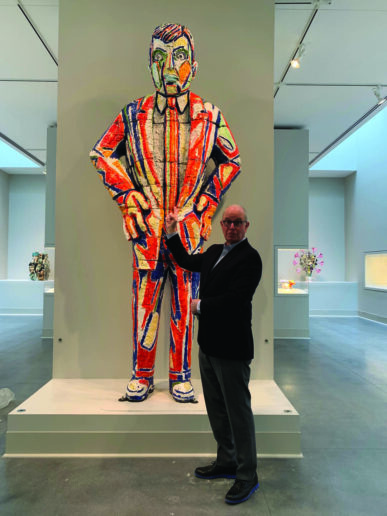 During Henry’s tenure as director, three new wings were added to the facility bringing the total to 19 galleries, three additions to the art school resulting in 15 studios and 5,000 new works of art. With an endowment valued at around $40 million, no debt, hundreds of dedicated volunteers and the most capable professional staff he has ever worked with, Henry believes the FIA is set up for a phenomenal future. “The main thing is to keep moving forward,” he explains. “It shouldn’t be too difficult to stay on an even keel; however, there will be great challenges ahead. The arts are fragile (more now than ever) and need all the support they can get. We cannot simply take it for granted that the FIA will always be what it is today. That would be a mistake.”

To Henry, Flint’s art and culture are the city’s new backbone and should be more readily embraced by all, including Flint’s leadership. “The arts make a community a more desirable place to live and visit,” he explains. “Institutions like the FIA, FIM and Sloan are reflections of who we are and what we think is important. Our institutions are essential to Flint’s growth and vitality and it would be wise to rebrand Flint to become known for its unique commitment to arts and culture, just as other cities with similar infrastructure have done such as Santa Fe, New Mexico or Grand Rapids. Flint’s arts and culture scene is the golden goose that can make it happen.” 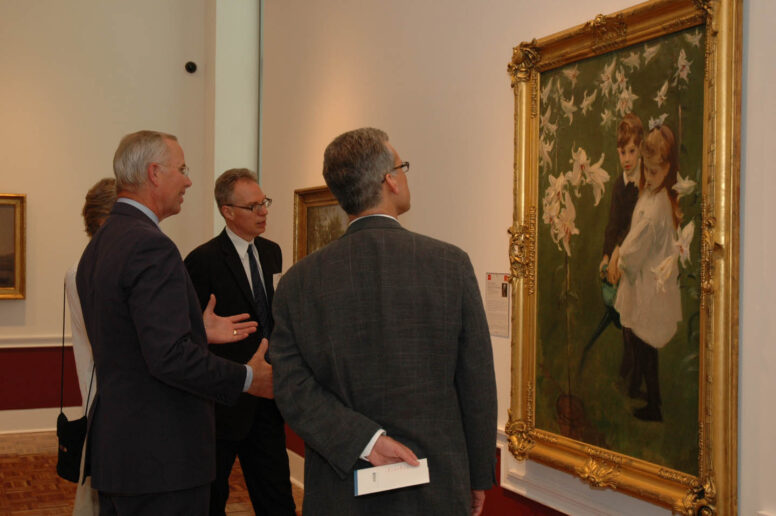 Reflecting on his career in Flint, Henry takes great pride in all that he and his team have accomplished. He has seized every opportunity to better the FIA and its school for its patrons, students, and the community at large. “If I had to choose, I would say I am most happy about the reputation and function of the school and our perseverance in getting things done despite difficulties,” he says. “My career has been very rewarding and enriching. It provided a good life for me and my family. Janice and I have lived in interesting places and traveled the world developing wonderful relationships along the way.” 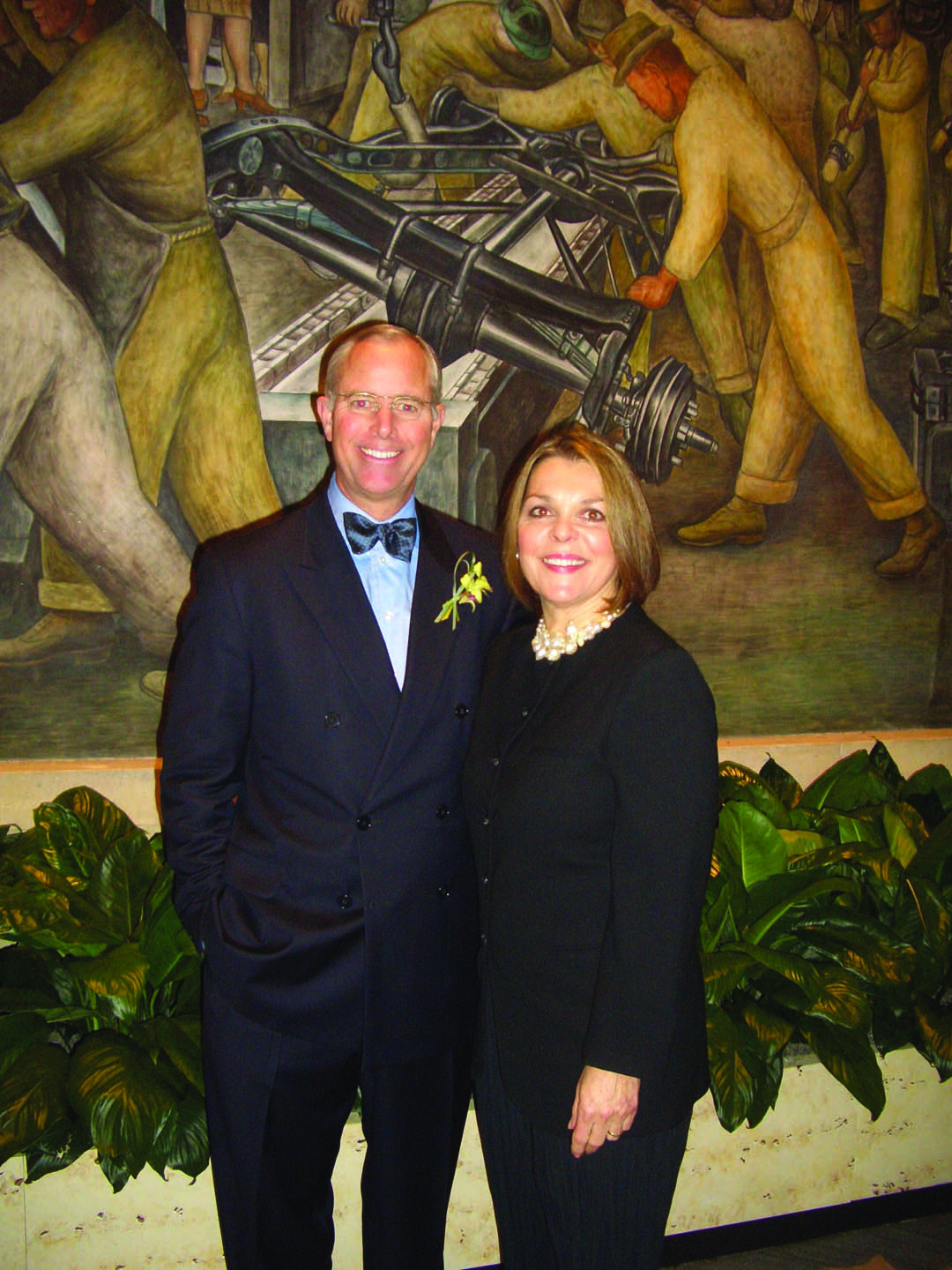 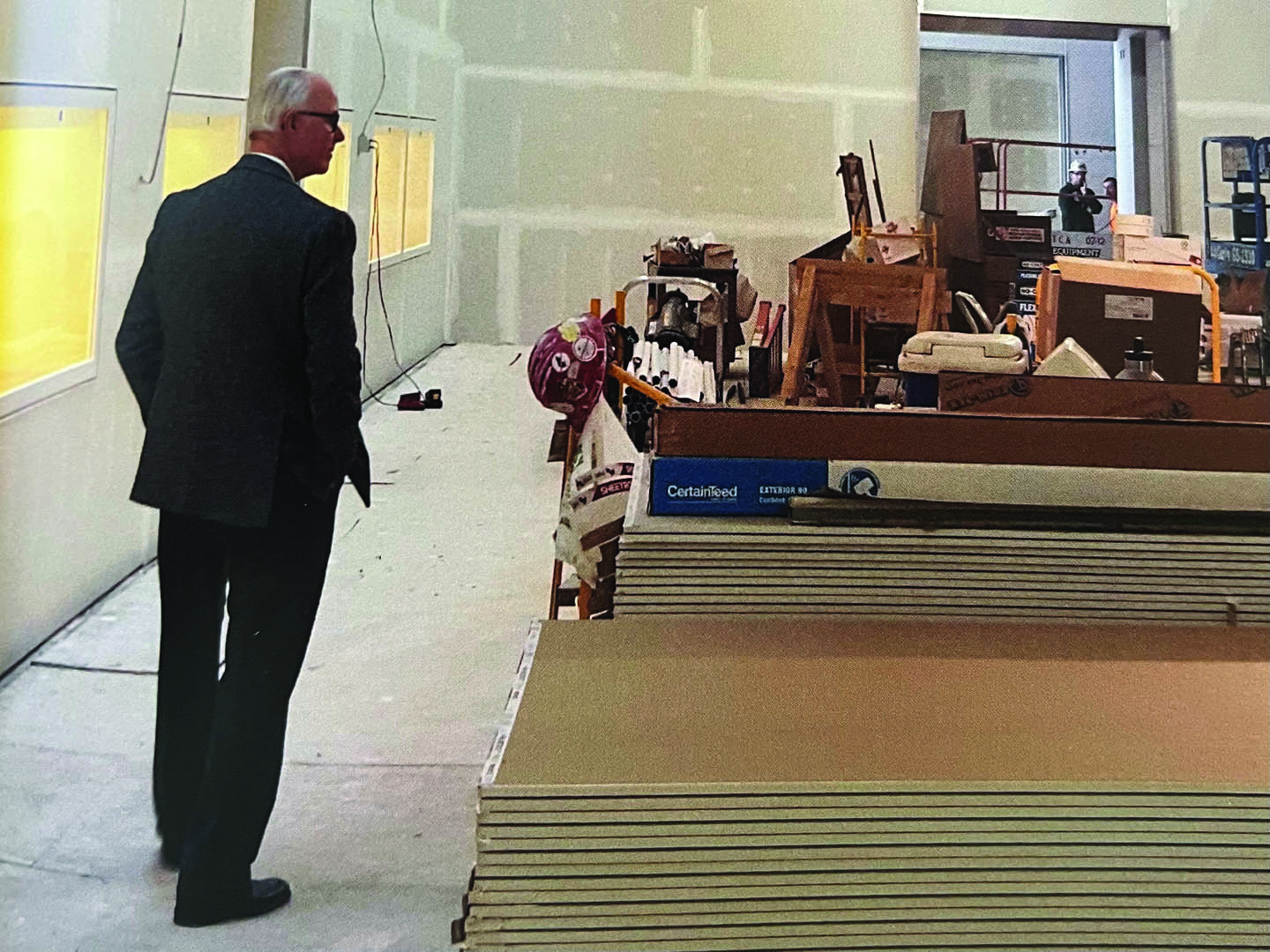 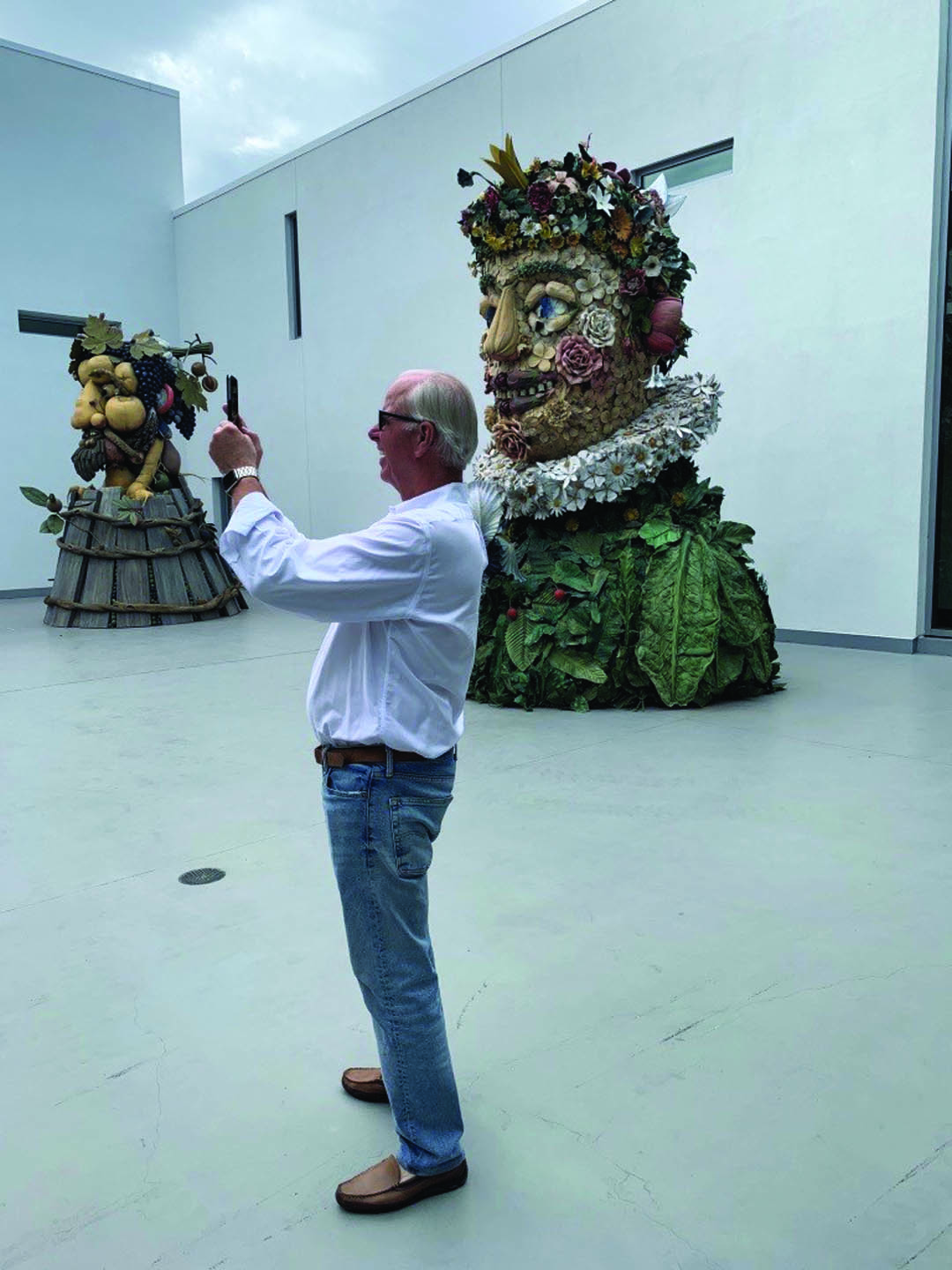 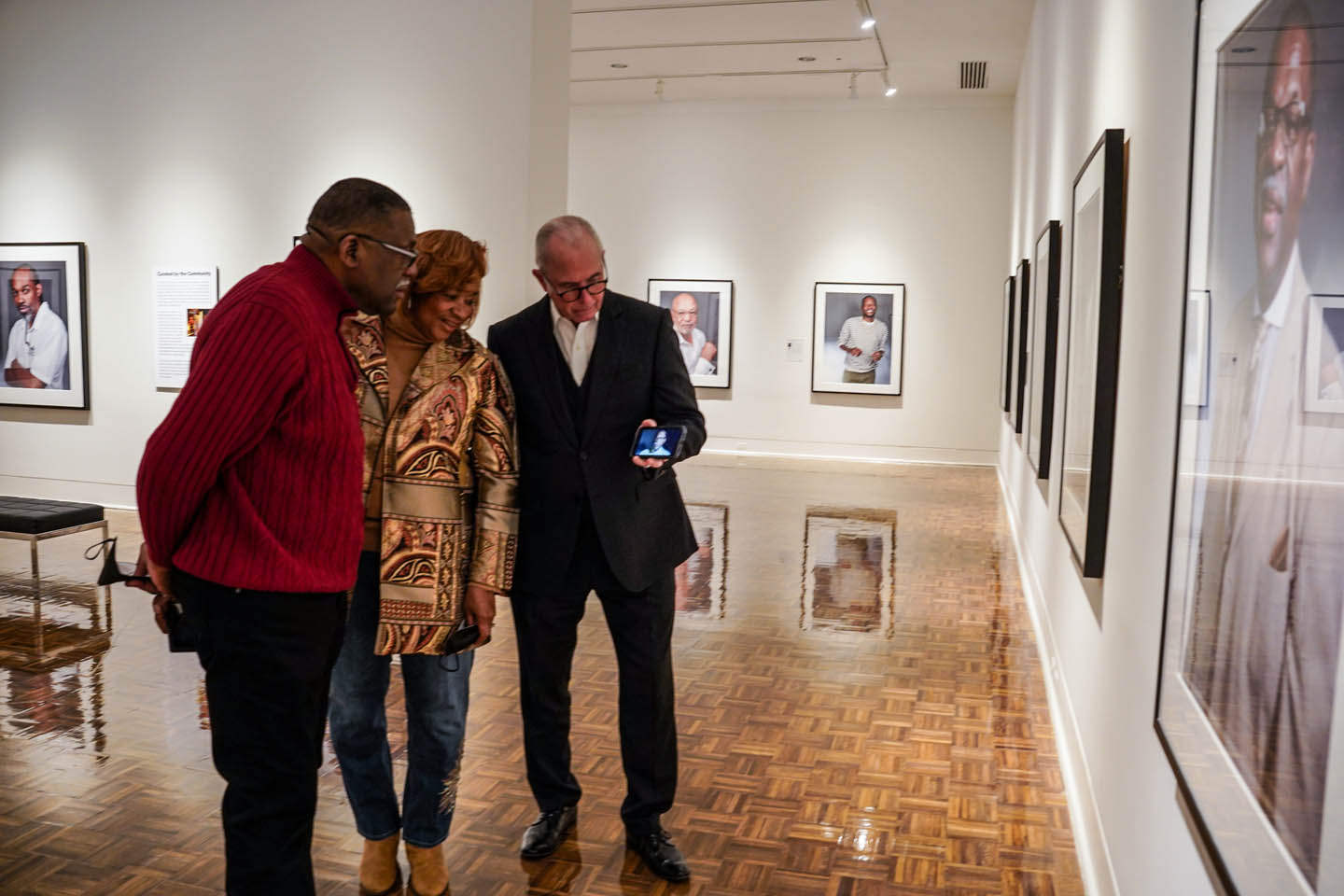 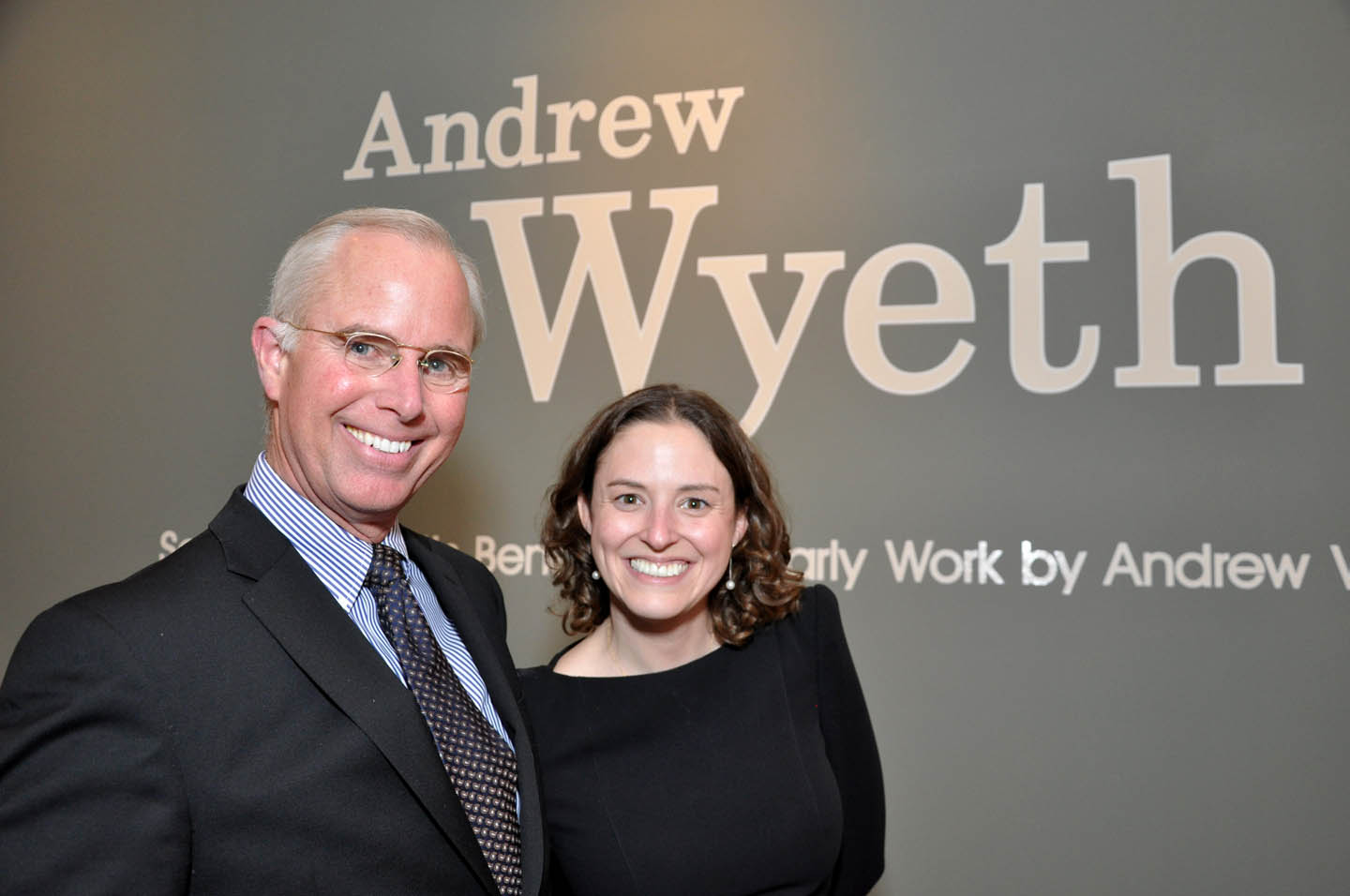 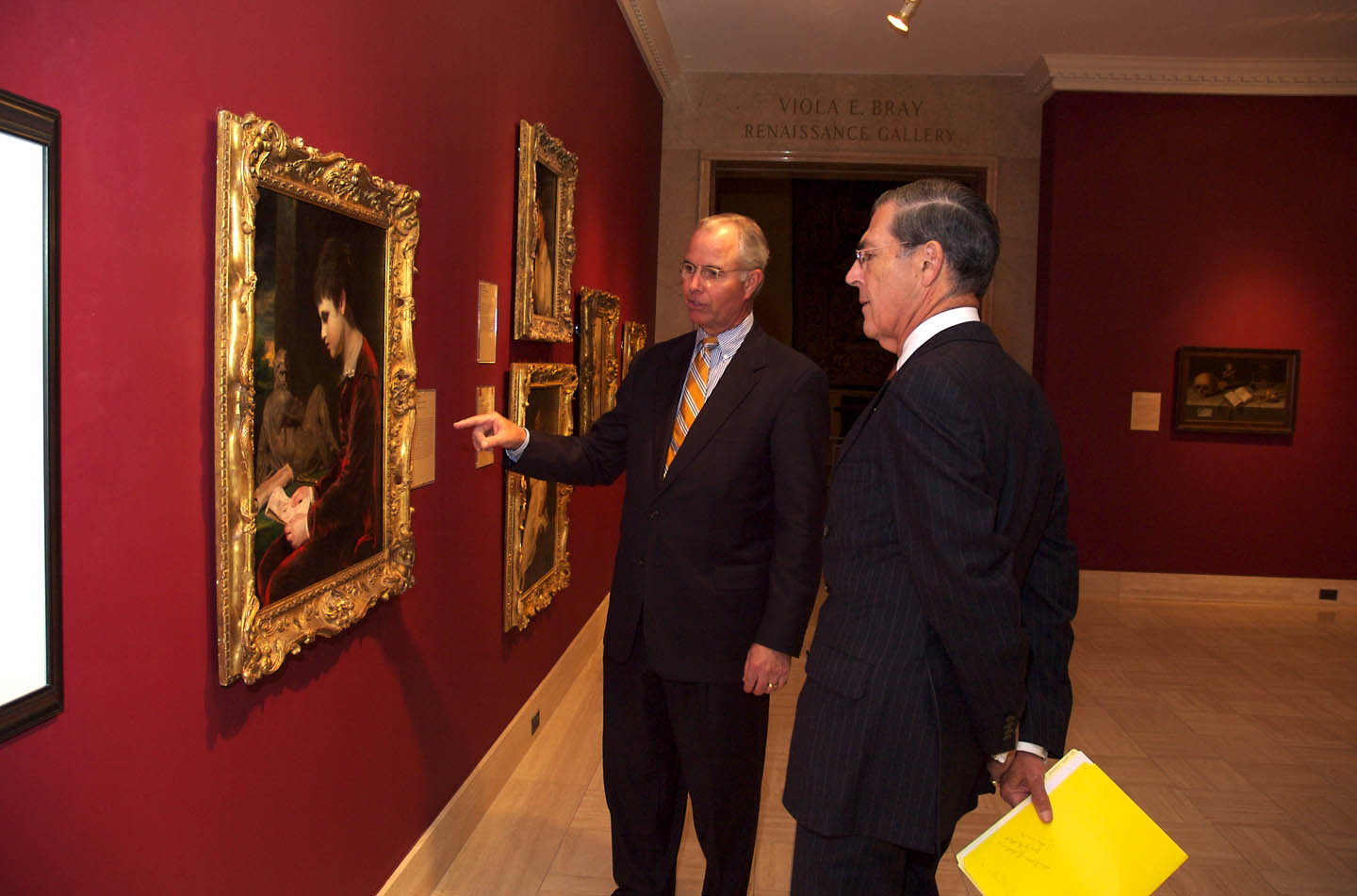 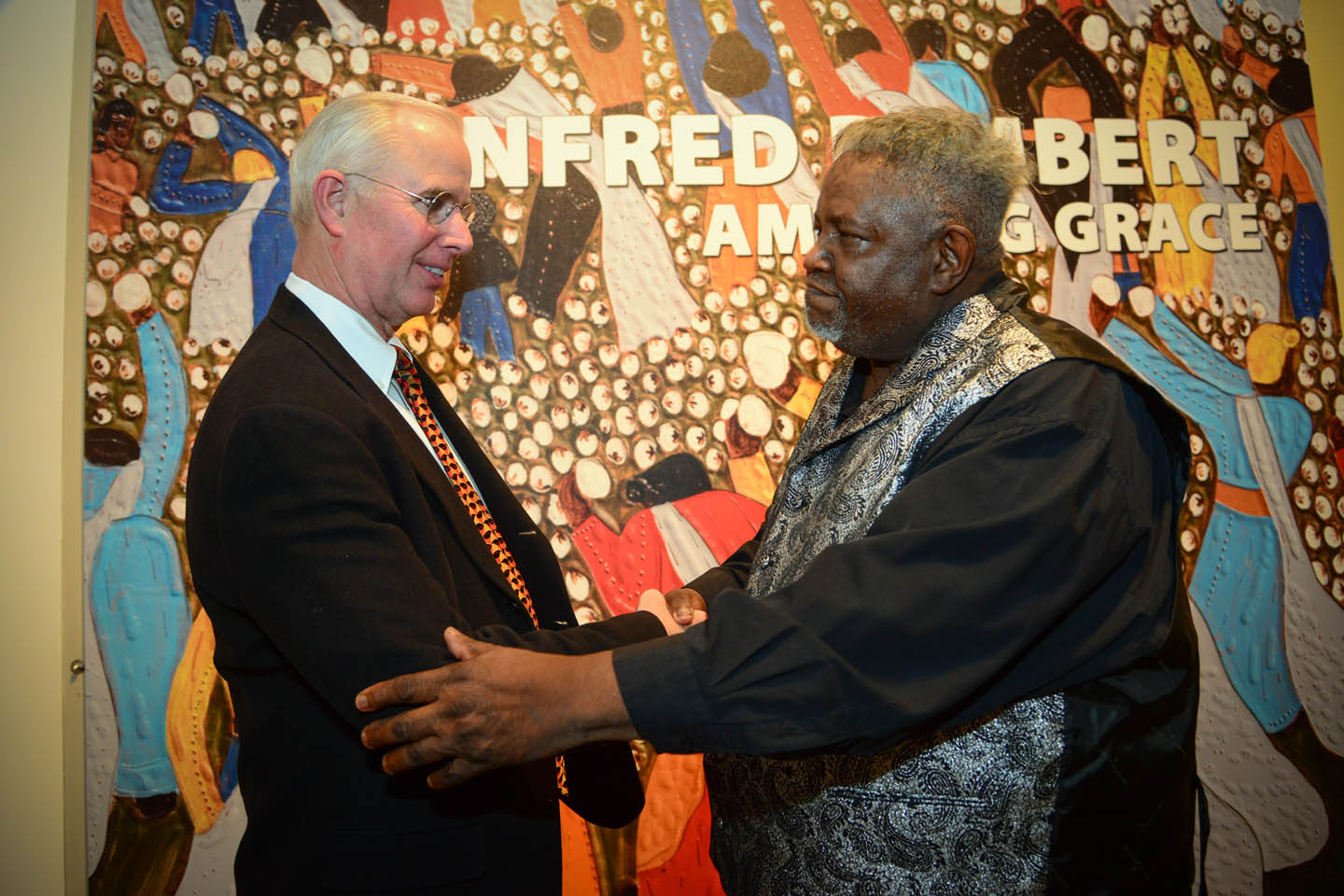 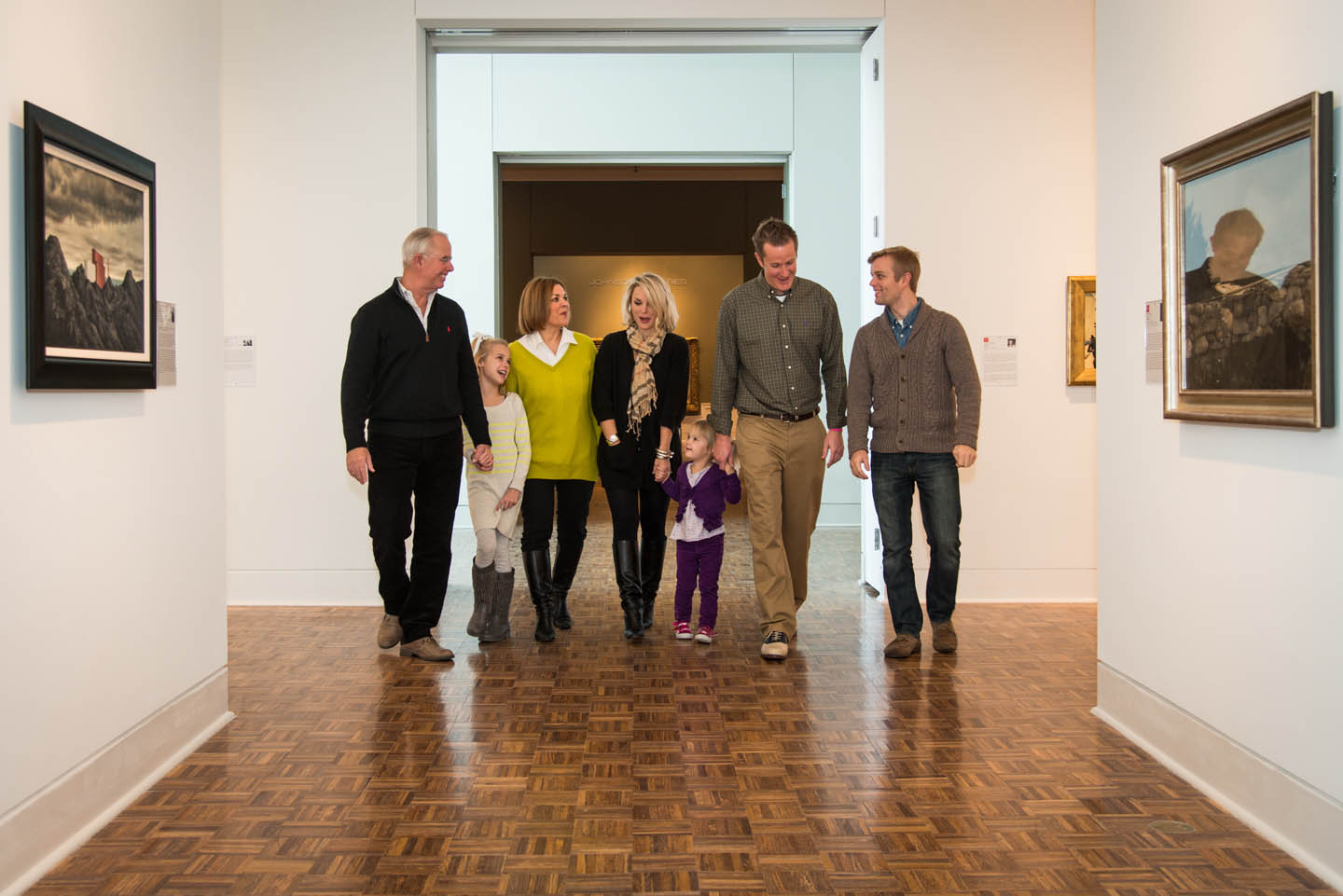 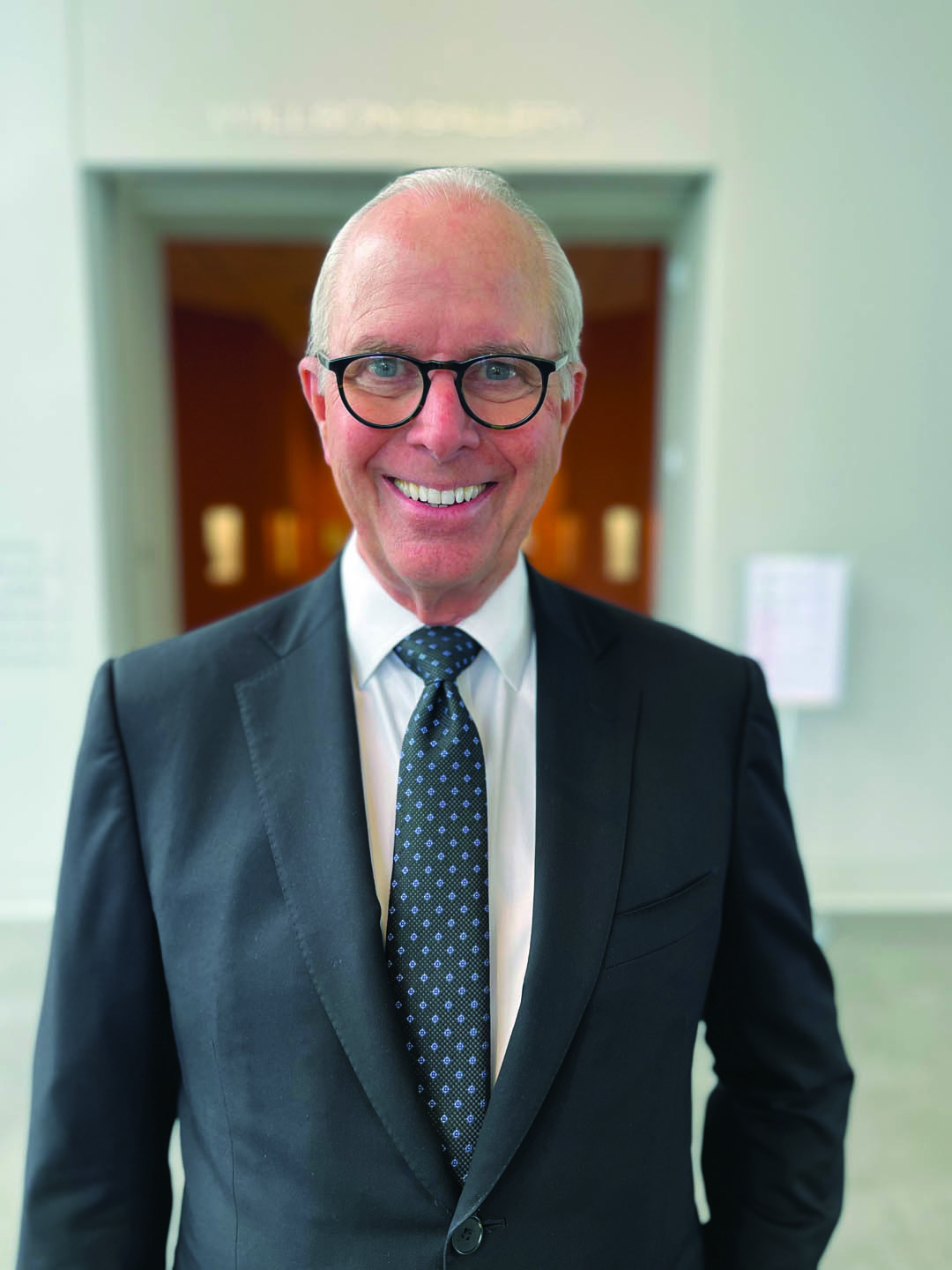 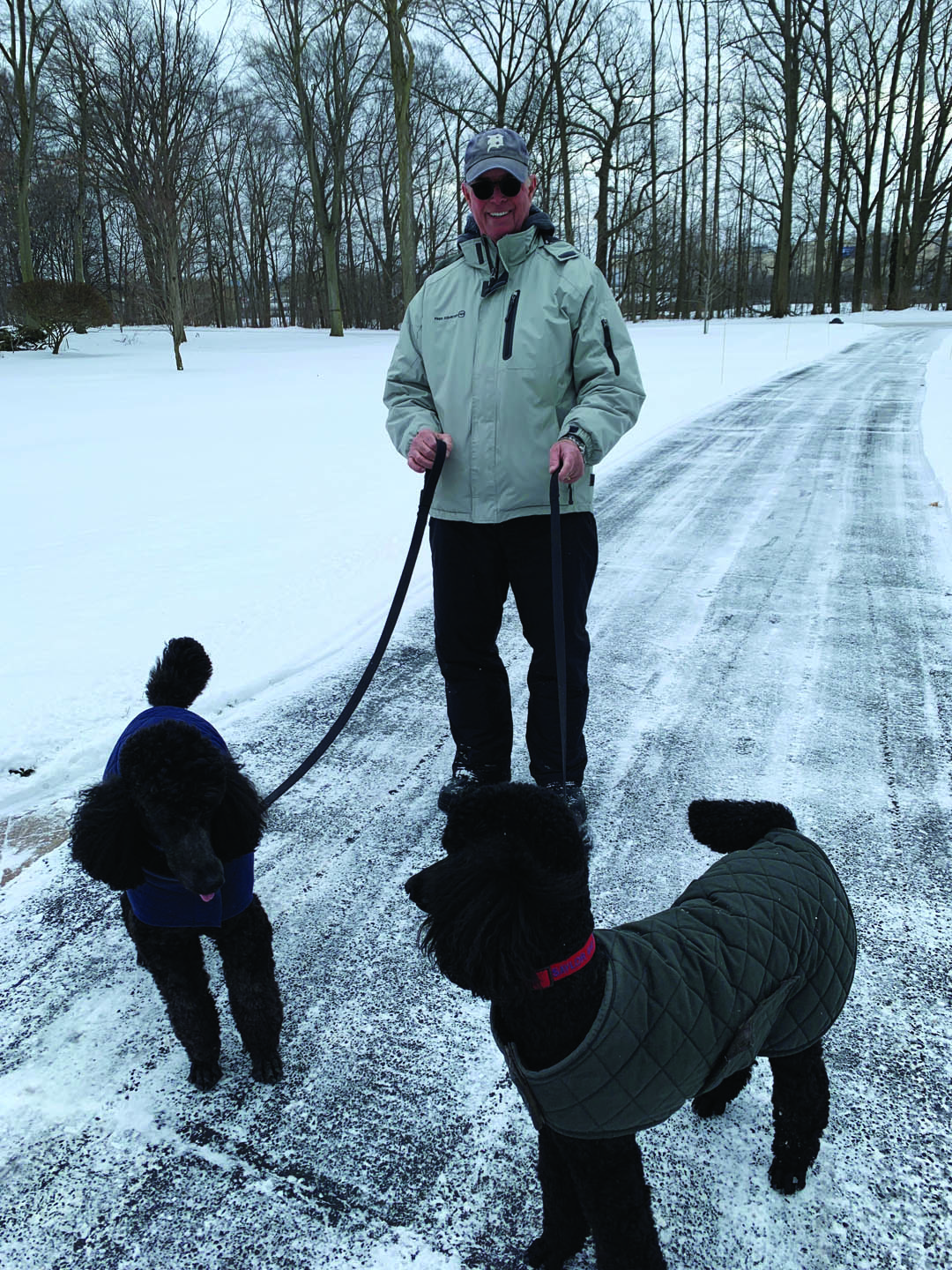 While now is the time in his life for Henry to relax, you can be sure that he will have an eye on Flint, if from a distance. “We will be around in the short term but will probably end up closer to our children, someplace warm and living happily ever after,” he states. “My retirement is the end of the chapter for me, but not for the FIA. The FIA’s story has many more chapters yet to be written.”

Congratulations, John Henry! On behalf of Flint and My City Magazine, thank you for your many contributions to our city’s robust and vibrant arts community.