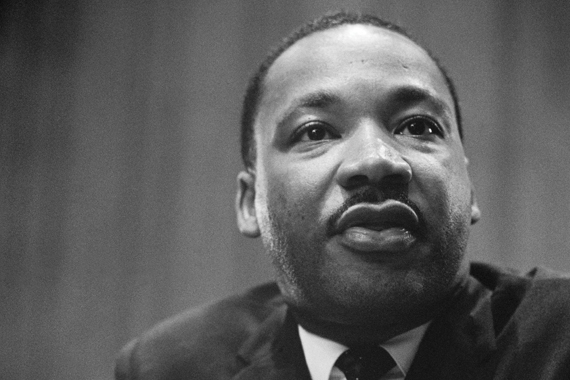 Martin Luther King Jr. married his wife Coretta Scott in 1953, the year I was born. I was just ten years old when the words of King’s famous “I Have a Dream” speech reverberated around the world. At that young age, I didn’t understand racial discrimination or the need for a Civil Rights Movement, but I understood the power of his words. I grew up in a tiny town in the mountains of Western Maryland, just two miles from the Mason Dixon line, a symbol of a cultural boundary between the North and the South. My world was sheltered from many of life’s harsh realities; filled with music lessons, horseback riding, swimming in the pond and playing outside with my siblings – a world where doors were never locked and I was given every opportunity to be whatever I wanted to be.

As a child, I was fascinated with the Civil War, and visited many of the surrounding Civil War battlefields such as Gettysburg, Antietam National Battlefield, and Sharpsburg. To the delight of my father, I even memorized Abraham Lincoln’s Gettysburg Address for a class project, and he made me recite it for friends who came to visit. Fourscore and seven years ago our fathers brought forth on this continent, a new nation, conceived in Liberty, and dedicated to the proposition that all men are created equal… I believed those words. Lincoln’s Gettysburg Address and King’s “I Have a Dream” speech are said to share astonishing parallels in their purpose and technique.

When King was assassinated on April 4, 1968, I was a teenager. I was watching television with my parents and Walter Cronkite had almost finished his CBS Evening News broadcast when he received word of King’s death in Memphis, TN. Cronkite’s report detailed the shooting and the nation’s reaction to the tragedy. I knew that a great man had died. I watched TV news coverage of the riots that followed, beginning to understand that my small, safe world was very different from the greater world around me.

For me, King’s “I Have a Dream” speech inspired hope. My favorite line is, “One day right there in Alabama, little black boys and black girls will be able to join hands with little white boys and white girls as sisters and brothers.” Has this been accomplished? When commemorating the 50th anniversary of King’s speech, President Barrack Obama said, “We rightly and best remember Dr. King’s soaring oratory that day, how he gave mighty voice to the quiet hopes of millions, how he offered a salvation path for oppressed and oppressors alike. His words belong to the ages, possessing a power and prophecy unmatched in our time.”

Yes, King’s words did indeed inspire hope – and paved the way for change.