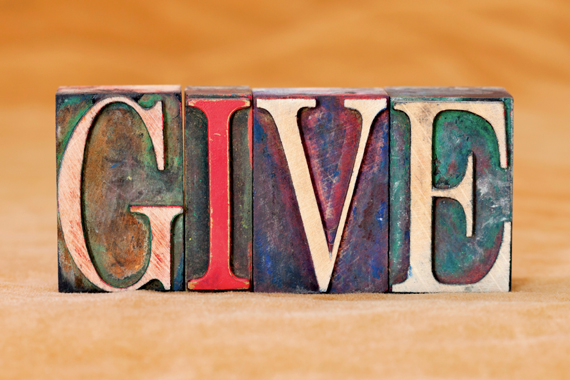 It is the holiday season and therefore, ‘tis the season of giving. Indeed, monetary donations are one of the most prominent forms of giving that we will see in the coming weeks, but there will definitely be a good amount of volunteerism and philanthropy taking place over the next month as well. In Flint, not only is a good portion of the latter form of giving practiced year-round – and many of us have witnessed this and have been a part of it, but My City Magazine has informed its readers about almost every known form of giving in town.

Take a moment to consider the giving models that are most familiar: the traditions of the Abrahamic religions of Judaism, Christianity and Islam. In Judaism, you have the concept of Tikkun Olam – Repairing the World – which includes charity as a means to help solve many of the problems people face in society. In Christianity, there is the mandated social justice that includes ministering to the poor. Many forms of Christianity participate in the care of the less fortunate, from the Franciscan order in Catholicism to Protestant and non-denominational, inner-city-oriented organizations designed to help the homeless. Giving to the poor is also considered one of the Five Pillars of Islam, which denotes just how important the practice is to her adherents.

Despite the large influence these religions have played in the giving model throughout time, it is a narrow view; not only on the grand scale, but it is also an insufficient look at giving on the level of faiths and groups just here in Flint. Indeed, there are plenty of people whose humanitarian impulses originate in different religious convictions or with no religious conviction. Many people who affiliate themselves with no religious order see the same problems in our backyard as Christians, Jews and Muslims do, and are willing to volunteer the time or donate the resources to help rectify those issues. This is one of the most encouraging things about being in Flint, namely, that everyone is working together toward improving the condition of the city and her people in an interfaith and intercultural manner. We’ve realized that no one person or organization has cornered the market on philanthropy, and we’re all ultimately motivated by an inherent desire to see justice in our land. Whence this desire to see justice comes might be expressed differently by each individual, but we know that it exists nonetheless because we see the outward expression of this desire all the time, all around us.

As you turn the pages of this magazine, you’ll encounter several more examples of giving to accompany all those that we have effectively brought to light up to this point, and we’ve barely scratched the surface of all the good that is done in our great city. In the months ahead, we’re already planning to showcase more people and organizations whose endeavors we cannot wait to reveal to the public. For now, enjoy this issue, enjoy your family in this wonderful season, enjoy the holidays and continue to enjoy this magnificent city that we call home.

My City Magazine would like to acknowledge everyone whose stories we’ve published to date and thank you from the bottom of our hearts for doing what you do. We believe this sentiment would come from the great majority of our readers, as well. Bravo to you!