When I spoke with Joe Ryan III, he was leaving the Los Angeles College of Music where he just finished teaching a songwriting class. For Ryan, success has been a wonderful surprise. “I feel blessed every day,” he says. “It’s incredible.” From humble beginnings growing up in Flint to his home in Hollywood, his life has taken him through ups and downs, twists and turns, his voyage driven by his relentless drive and passion for music. Each stop along the way presented him with an opportunity to show the world his particular brand of artistry. He never turned down an opportunity and never backed down from a challenge. “In every opportunity, I was inspired to show what I could do,” said Ryan. “I jumped at the chance to showcase my music.” His determination has led him to find success as a recording artist, rapper, composer, mentor and lately, as a college professor. It’s been a wild ride and it’s nowhere close to stopping. 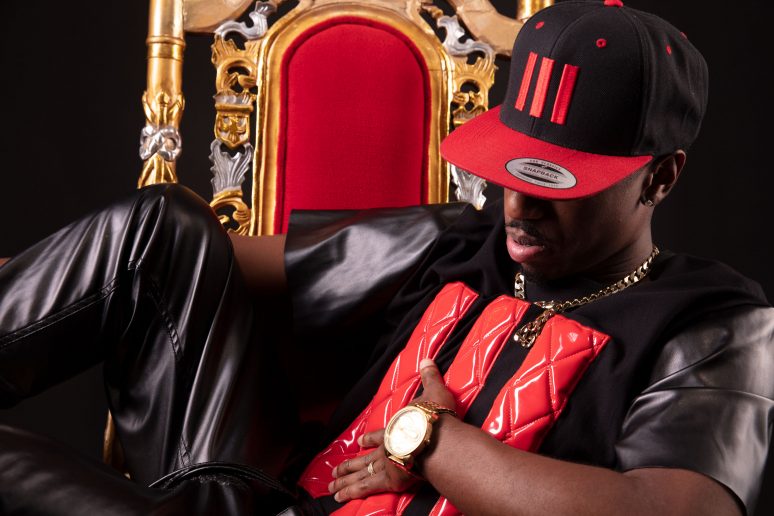 “Last week, I finished a song for an upcoming Netflix movie called “Beats” starring Anthony Anderson and directed by Chris Robinson,” he stated. “It’s the first time my music has been on Netflix.” (The song is titled “I Need You” and the movie is set to release late in 2019).

Ryan’s journey started many years ago at the now-closed Anderson Elementary in Flint. In fifth grade, he wrote a “peace rap” and was chosen to perform it at a packed Atwood Stadium. “Man, that was amazing,” he remembers. “That was the first time I understood the power of words. You can move people with what you have inside. What you see, think and what you experience in your environment can change the world through the power of word.” That experience awakened in him the dream of a future in music. He strengthened his chances of achieving that dream by working closely at church with his grandmother, Odessa Houston, playing drums while she played piano. “We were the dynamic duo!” he laughs. After graduating from high school, Ryan studied at Tiffin college in Ohio on a partial basketball scholarship. It was quickly apparent to him that his heart wasn’t in athletics. “I started skipping practice and even games to work on music,” he states. “I dropped out and my family was pretty angry with me. I understood, but I felt that I had to follow my heart.” 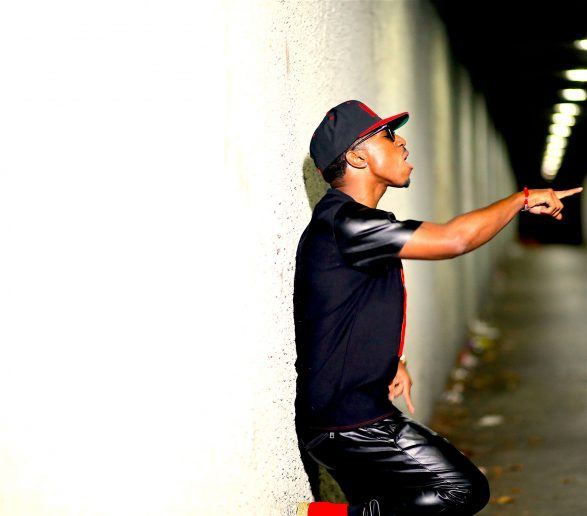 Ryan made his way to Sheboygan, WI where he entered the Kiss Icon Contest in Milwaukee. His song won the competition, beating out 1,200 other contestants. A Sheboygan city official appreciated Ryan’s positive message and extended him an opportunity to work with at-risk youth. He seized the opportunity and developed a music mentorship program under the umbrella of his own company, BedRoc Productions. There, he began to teach youth all that he knew about music and personal growth. “Music is therapy,” he says. “You can talk about the negative things in your life – that’s okay. You don’t have to keep everything inside. Turn it around and find the positive. Make it about learning and use those lessons as positive applications to what you will see in the future.” His youth program topped the charts.

He was still building confidence in Sheboygan when he answered a tweet made by the legendary MC Lyte soliciting music producers to score a new show on BET, “Trey Songz: My Moment.” Ryan’s submission caught her eye and soon enough, he was on a plane to Hollywood with a composing contract from Dubose Entertainment in hand. He met CEO, James Dubose, and after proving himself, was given a whole new show to score from beginning to end, “Toya: A Family Affair.” After working on the show, Ryan flew home but then decided that Hollywood was where he needed to be. He packed up, drove back and lived for seven months in his Mustang. He persevered and found himself on solid ground. He had “made it” in Hollywood.

“In every opportunity, I was inspired to show what I could do.”

Since then, Ryan has become a celebrated Christian recording artist and composer. He has composed music for ESPN, Telepictures (a subsidiary of Warner Bros), BET’s “Hip-Hop Sisters” and his song, “All I Want is You” was featured on the American animated series” Teen Titan’s Go!” In Japan, “All I Want is You” rocketed to number one on the charts. Another of his songs entitled, “Ride or Die” made it to number five. His music is doing so well overseas, Joe Ryan III listening kiosks were created to feature his music, as well as that of Michael Jackson, Mariah Carey, Eric Benet and other stars. “I really need to get over there,” Ryan says with a smile. “In the future, I would like to travel to Japan – maybe do some shows.” 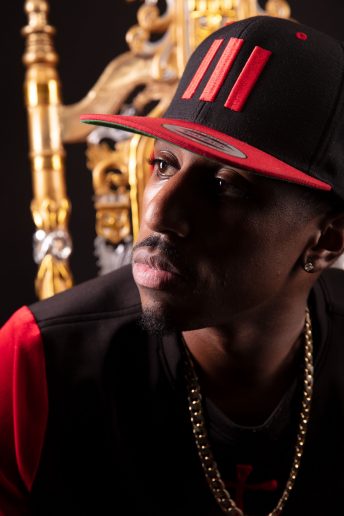 Despite all his success in Hollywood, Ryan continues to hold on to his Flint roots. “Flint made me who I am today. I try to mimic the city’s resiliency. It’s the strongest place in America,” he continues. “It’s a badge of honor that I wear. In my opinion, it’s one of the best places to live to build strength and creativity.” During the water crisis, Ryan composed a song entitled, “Flint, Michigan.” While recording it, he called his grandmother and asked her to sing the chorus over the phone. She did, and the impact she made on the song is mesmerizing. “That was the most amazing thing I have ever been a part of,” he says. For a brief and wonderful moment in time, the dynamic duo played together once again.

Just like “Flint, Michigan” every song Ryan composes comes from the heart. “I don’t write songs physically. For me, the music provides the message and the sentiment. The lyrics provide the feeling,” he explains. “When I record my lyrics, I just say whatever the music brings out of me.” His influences include the pop sounds of Michael Jackson, the hip-hop authenticity of Tupac and the gospel and spirituality of his grandmother. He credits Bernard Terry of Area521 Studios in Flint with really helping him grow in talent and start his journey.

Ryan’s album “1879” is a representation of his voyage to Hollywood. (In fact, 1,879 is the exact number of miles he traveled to get to Hollywood.) The songs “All I Want is You,” “Ride or Die,” “Two Pair of Shoes” and “Woman” are must-listens. His newest EP, “P.O.P” (Purpose over Perfection) exemplifies the message he taught to the kids in Wisconsin years ago, namely that it’s okay to talk about the negative if you can find a positive application. The songs “I Think I Need to Pray,” “Pearly Gates” and “Made it Out” present strong messages to those struggling to find their way. “I feel that I have a responsibility to those in Flint who are searching for an answer. There is always a way out of any negative situation to become your most creative, purposeful self,” says Ryan. “We all have to stay together and help lift each other up.” In Hollywood, he often finds himself spending time with Terry Crews, another Flint native. “Like I said, Flint sticks together,” he laughs. 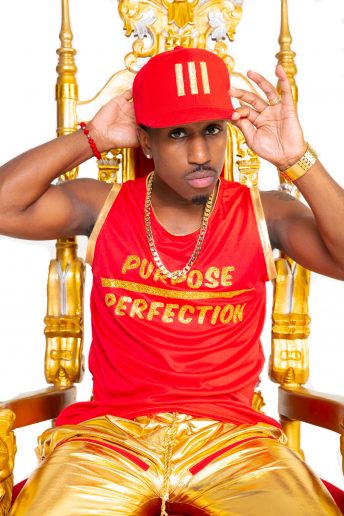 Currently, Ryan is working with other music industry veterans to give free access to youth aspiring to be music artists and executives through his nonprofit, “IIINSPIRE,” while making time to write songs for terminally ill children as a part of the Songs of Love Foundation. He credits all of his ventures and success to his faith, his family and the support of his exceptional wife, Monique, who designs and manufactures his wardrobe via her company, Vow Designs.

Joe Ryan III’s motto has always been “never back down,” and he believes that is the perfect representation of the Flint spirit. He views his resiliency as a way to honor the city that has gone through so much. Whatever future challenges he finds as he continues his blessed journey, he will continue to channel the spirit of his home – and he will never back down.