Michigan School for the Deaf has shared a long, illustrious history with the city of Flint. While many early institutions for the deaf were created to protect their charges, the mission at the Flint school has always been to prepare its students for life in the world, not shield them from it. Today, MSD continues that mission.

Contrary to its venerable age – 160 years – MSD is now housed in a new building next to Fay Hall, which was the home of the school for much of its history. That building was purchased by Powers Catholic High School four years ago, and MSD moved into their new home in 2012. The student dormitories are now attached directly to the school, and during the week they house children who live over 50 miles away, as well as those students who can benefit from additional ASL input from their peers.

Other things at the school are new. Camille Jeter-Lorello, a famous actor and teacher in the Deaf community, returned to her alma mater three years ago after a successful career teaching literacy on the east coast. “In Camille, we have a treasure here at MSD. She is absolutely wonderful,” said Cecelia Winkler, Principal, “and she is playing a huge role in helping us achieve our mission.” 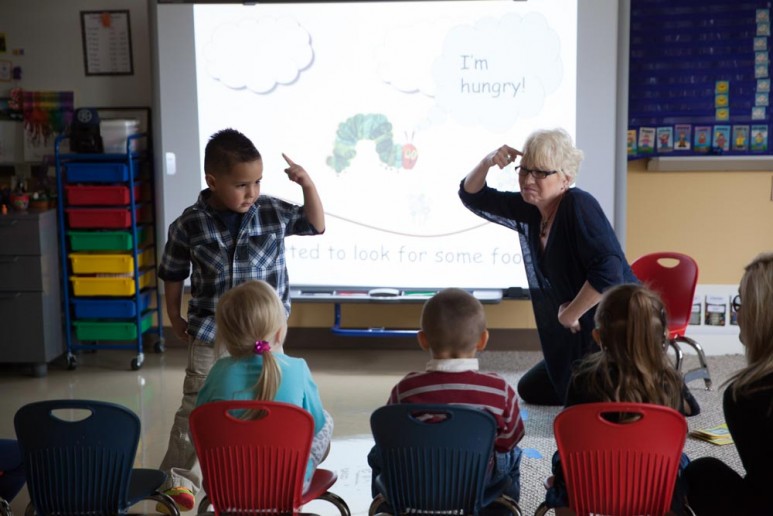 Camille is third-generation deaf, a graduate of MSD and a nationally recognized Deaf actress with two Bachelors and a Master’s degree from Gallaudet University. Her initial journey to MSD was one of struggle. “I attended an oral school in Detroit until I was 14 years old,” she recalled bitterly, “and I felt trapped there. The school did not recognize the importance of ASL and forced students to learn English by the oral method, banning the use of manual language in the classroom. Whenever the teachers turned around, we would all quickly sign to each other to try to help those who were struggling.” Camille’s parents fought the Michigan Department of Education for years to get her transferred to Michigan School for the Deaf, where ASL was embraced as part of a bilingual education. Finally, in 1975, Camille and her younger brother began attending MSD. “It was a total language revolution for me when I came to MSD,” Camille remembered. “ASL was my native language because that’s what my parents used at home, but I had never had access to ASL in an academic setting. Coming from an oral program, my mind just expanded!”

After three years of a fun and edifying school experience that included cheerleading, volleyball, theater and leadership training through Junior NAD (National Association for the Deaf), Camille graduated from MSD in 1978. In 1985, she joined National Theatre of the Deaf, the seminal Deaf theater group located out of Connecticut, where she was a member for the next 15 years. “Camille is a celebrity in our community!” Cecelia said of Camille’s theatrical career. As for the actress herself, she says that theater is a lifelong love. “Theater is so expressive,” she said, “It’s just fun. I can get rid of Camille and be someone different. It stretches you out, and it forces you to expand your ASL and be expressive.” After leaving the professional theater, Camille began teaching at the New Jersey School for the Deaf. After ten years, she decided to further her own education. She calls her decision to attend Gallaudet University, the world’s only accredited liberal arts college for the deaf, the best decision of her life. “Gallaudet really is the mecca of the Deaf community,” Camille explained. “And when I went there, I was amazed. The Deaf community is incredible. And everywhere I went, even off campus, I had no trouble communicating: the postmaster, the doctor, all used ASL. It was wonderful.” 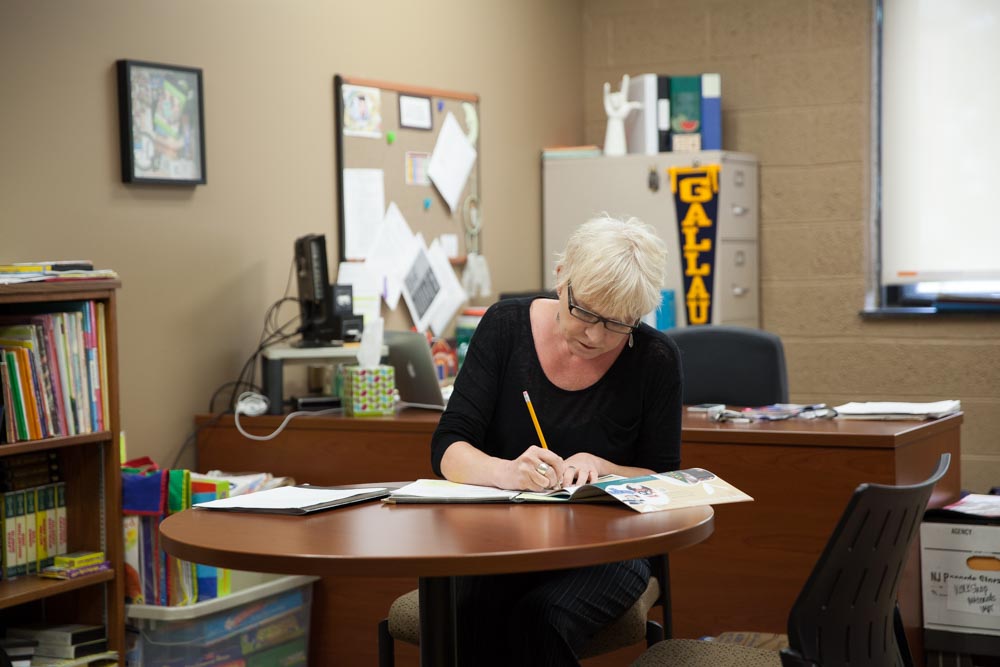 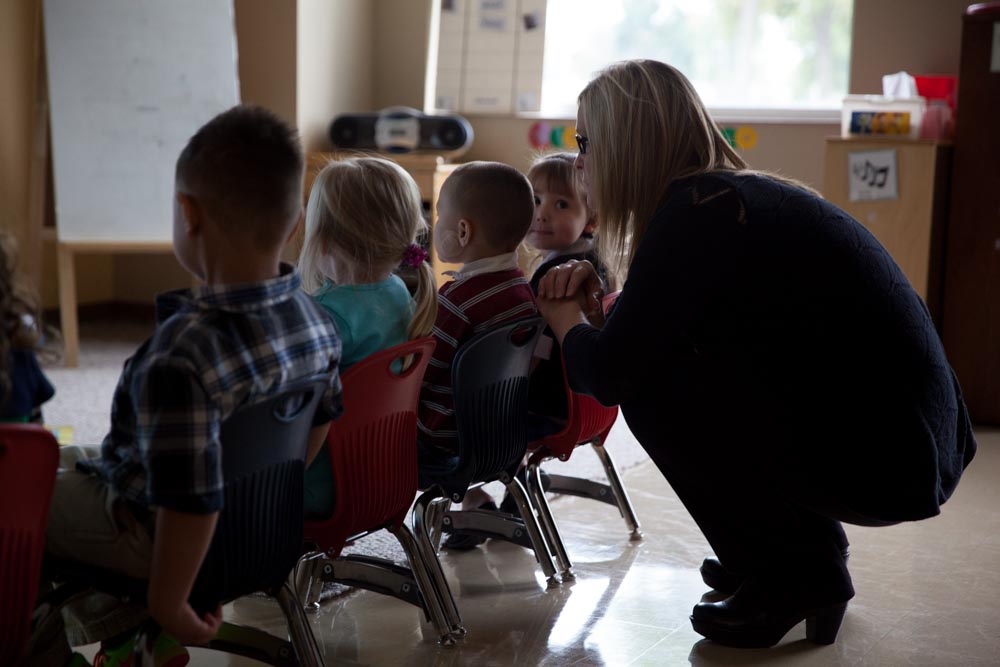 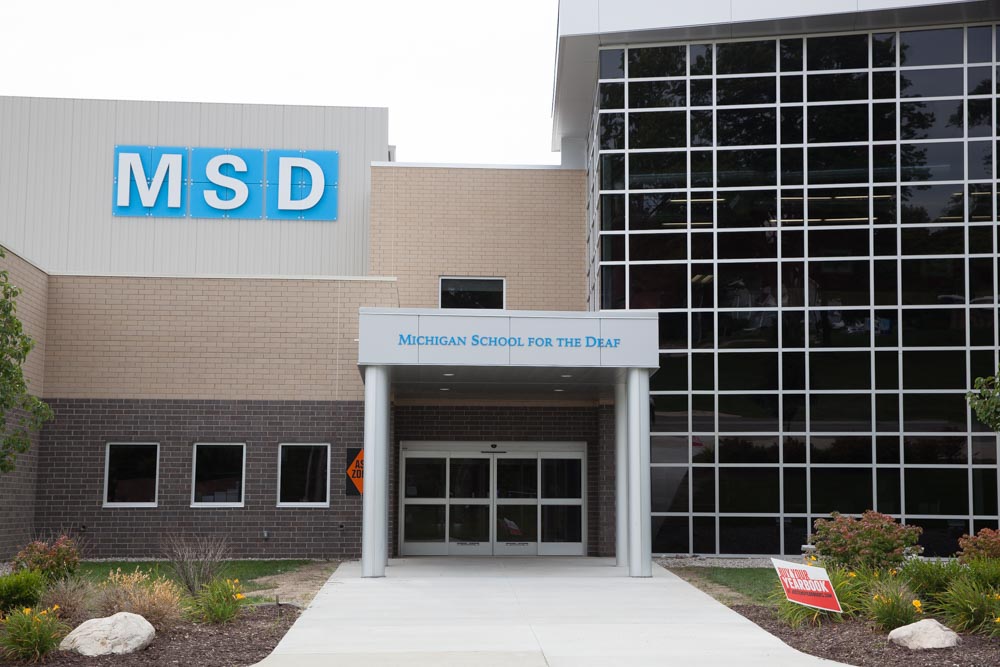 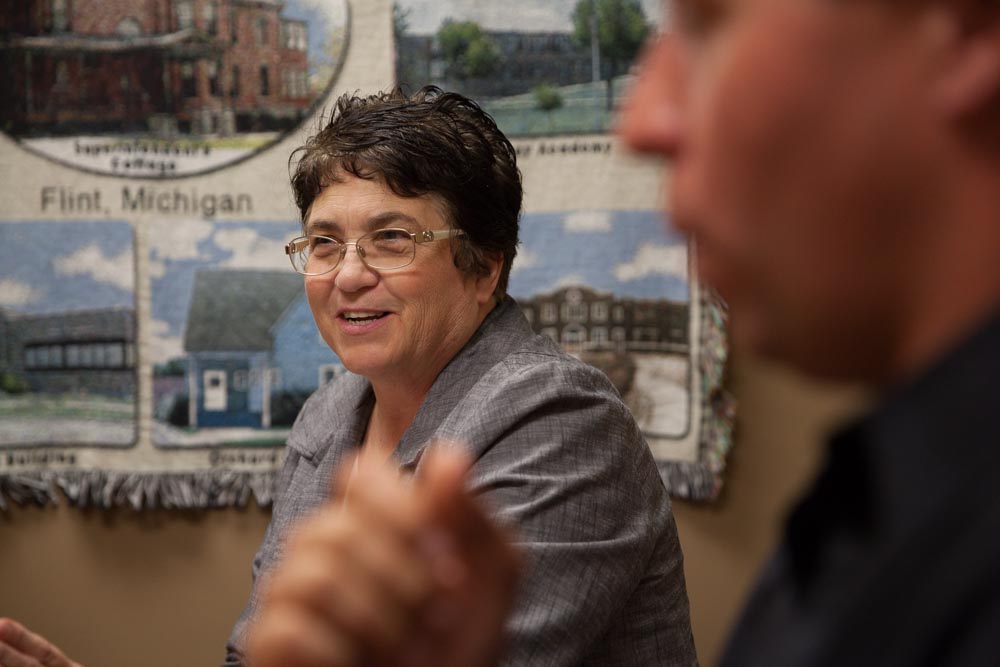 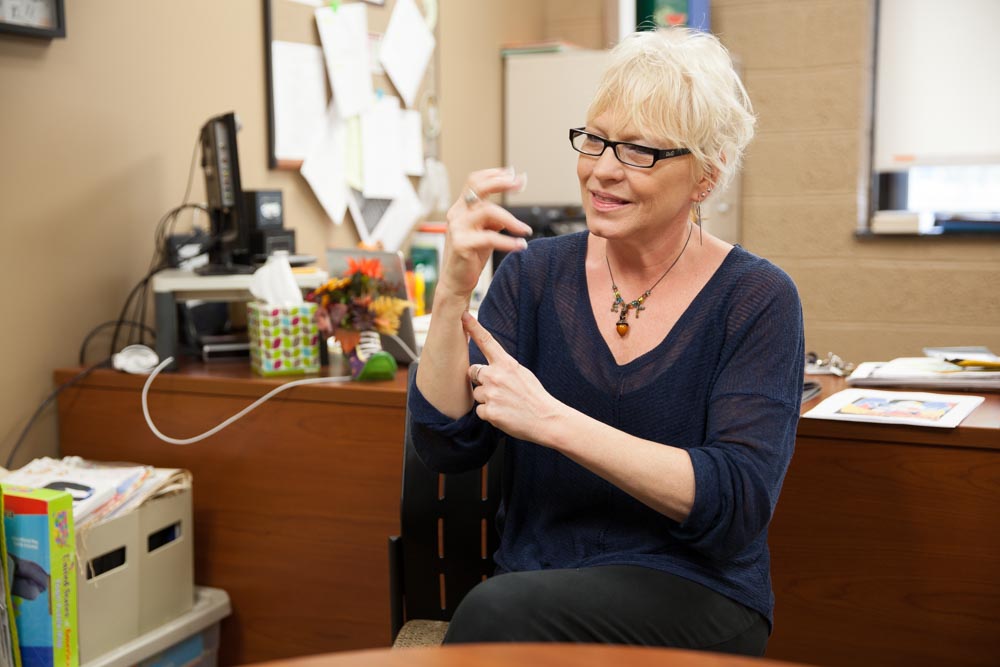 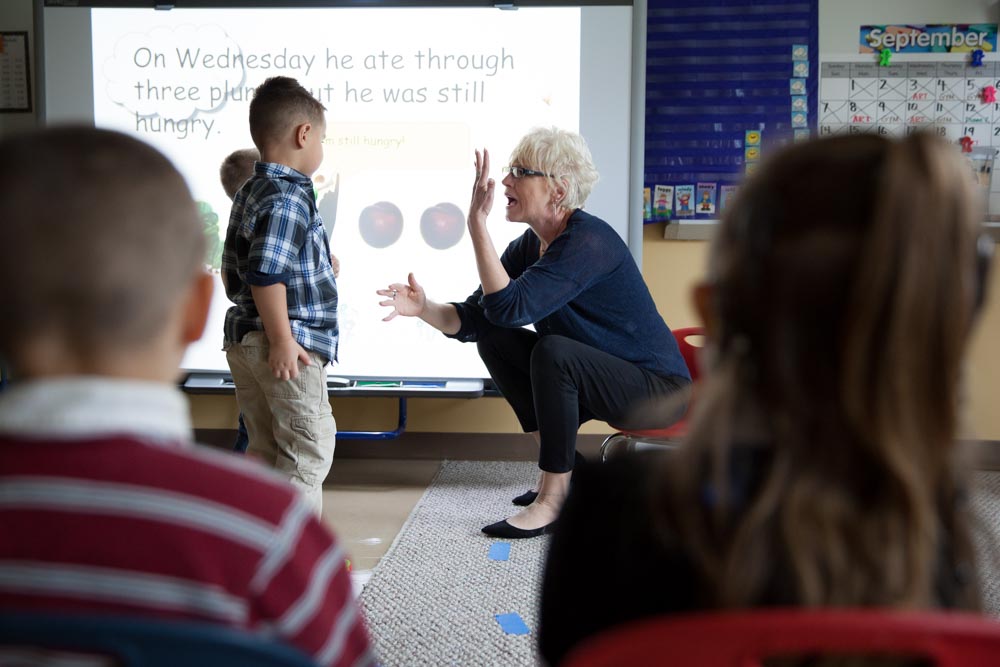 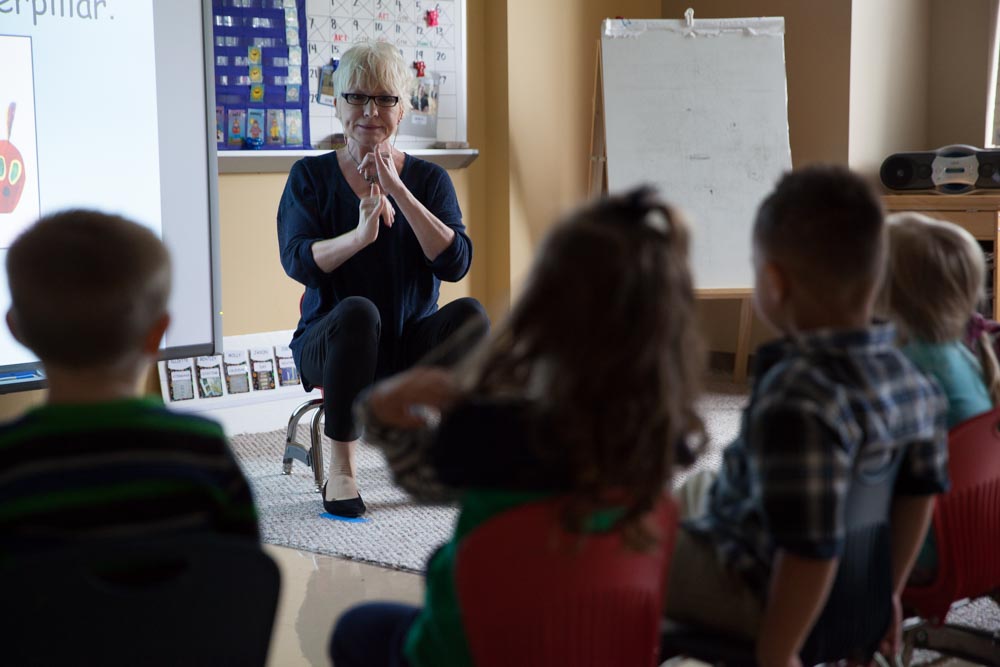 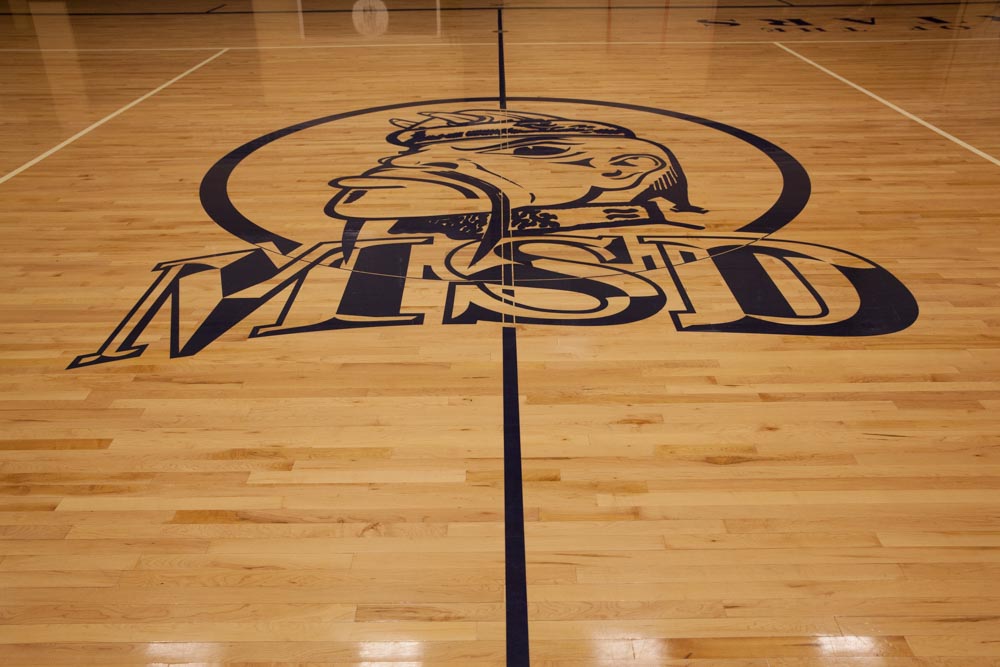 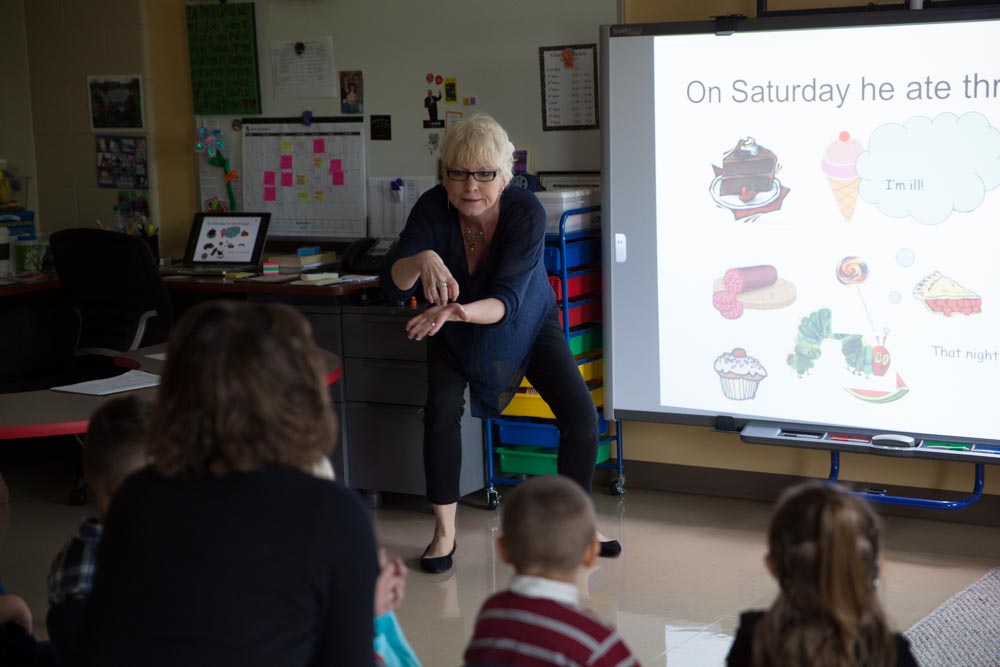 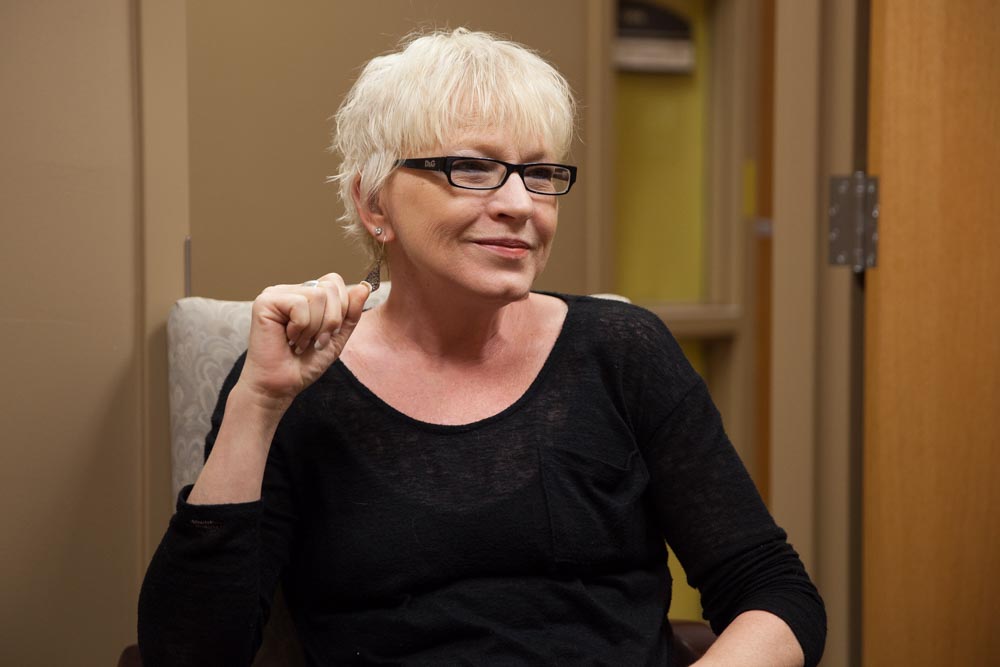 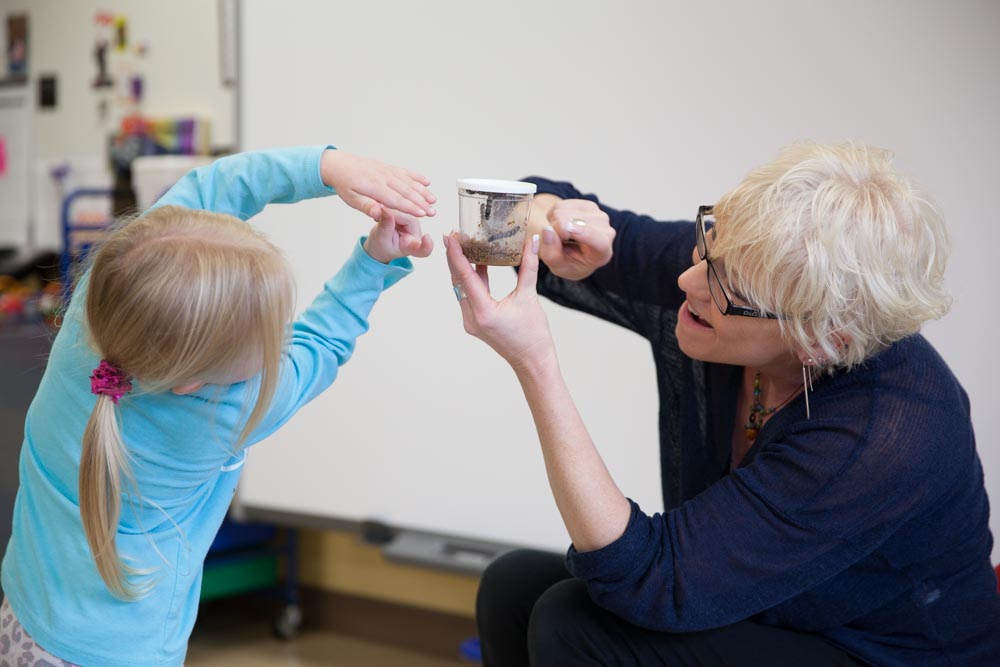 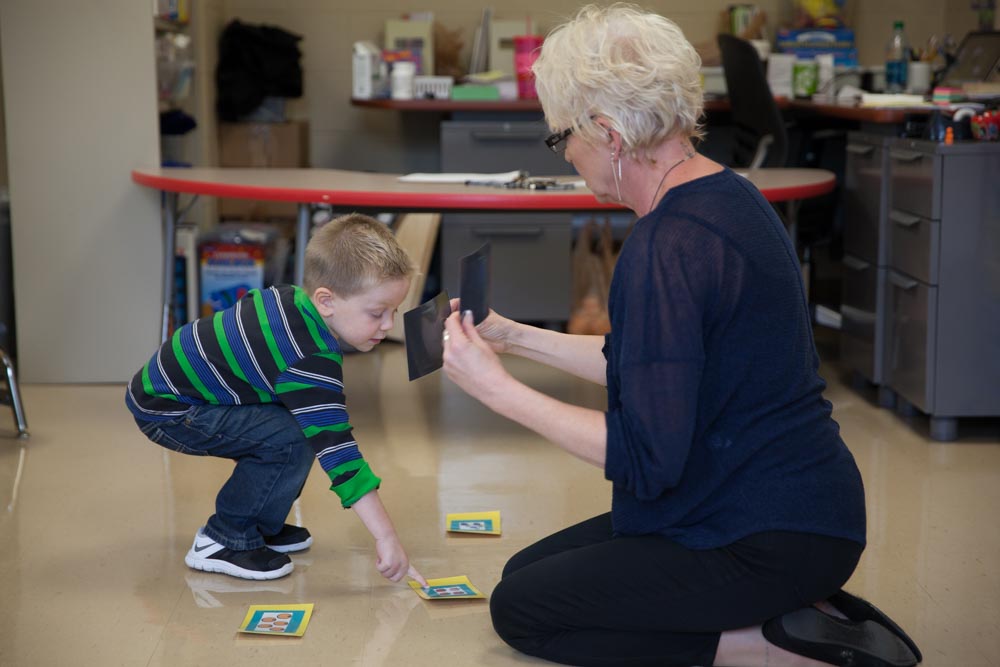 Now back home, as Camille fondly refers to MSD, she visits classrooms once a week to support the staff teaching English literacy. With the very young children, a lesson on The Very Hungry Caterpillar involved learning new signs, practicing counting, and matching games, with word association playing a relatively minor part. Camille says, “With the little ones, you need to be visually exciting and interactive to pull as much [participation]out of them as you can. But it’s just exciting to see them get involved.”

Principal Winkler says that the staff is the “heart” of the school and as part of that staff, Camille is making a big difference in students’ lives. “MSD has literacy research from our elementary and middle school staff compiled by Laura Schaffer that shows our students are making more than one year’s growth in reading in one year’s time. This is above the national average,” Cecelia said proudly. This kind of progress is what MSD is striving to give to its students so that when they leave, they can become successful. “We just want our students to have everything,” said Cecelia. “They come to this school and it is their second home. But when they go out into the real world, they need to have the skills to make their way. That is what we try to do.”

While the school’s mission is to prepare students to succeed in the hearing world, it is this writer’s belief that we the hearing world could do much worse than to welcome the graduates of Michigan School for the Deaf, and what better way to make the world a more welcoming place than to speak their language? ASL is, after an American language. Imagine Flint as a new mecca for the deaf community, where all are welcomed into the community with open arms – or hands.

Seventeen students attended the Michigan Asylum for Educating the Deaf and Dumb and the Blind in 1854, when it was located on Church Street. Reverend Barnabas M. Fay acted as Principal and later as Superintendent.

THe school moves to its location on Miller Road.

“The farm connected with the school affords a practical education in agriculture and the department of sewing, domestic science, printing, tailoring, woodworking, cobbling and art and crafts, each under efficient instructors, offer to the pupils the necessary aid in the way of becoming industrious and self-supporting citizens.” –Superintendent Francis D. Clark

In 1890, male students of the school utilized their carpentry skills to build a house for the Superintendent, even filling it with furniture of their own making. It is now the oldest building on the MSD campus, and housed every Superintendent since Francis Clark in 1892.

One of MSD’S most well remembered buildings, Brown Hall was built in 1901 and served as a dormitory for many years.

The school’s main building burned down in 1911.

During WWII, the deaf worked in the auto plant to help the war effort.