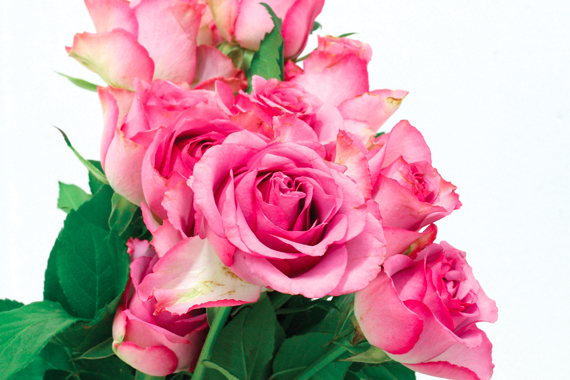 “The heart of a mother is a deep abyss at the bottom of which you will
always find forgiveness.” -Honore de Balzac

My grandson Noah came to visit me a few years back; he was about four years old at the time. He walked into the house, plopped on the couch and said with a deep sigh, “Grandma, I have mean parents.” He proceeded with a long list of reasons why they were so mean: “They won’t let me eat in the living room, they make me go to bed early, they won’t play cards with me, I have to do chores,” and the list went on. As a tender-hearted grandma, I of course responded, “Oh, you poor baby, let me make you a bowl of popcorn; we’ll stay up late and watch movies and eat ice cream.” Then I explained to him that his parents actually weren’t being mean to him at all. They were trying to teach him life skills and make him into a better person. And while I admired my daughter for doing the right thing by her sons, I was glad that Grandma could have different rules at her house – because I wasn’t the parent. Being a parent can be the most challenging role a person will ever undertake and at the same time, the most rewarding.

As the mother of three now-grown children (and yes, I stand by my claim that raising boys is easier) I’m here to tell you there are challenges, which I’m sure you already know. With Mother’s Day just around the corner, I remember one of the challenging times I had with my oldest son, Matt, who was about 19 when we had a particular disagreement. I can’t even remember what it was about, but he was very angry. He left and said he was never going to talk to me again. A few weeks later, he still hadn’t spoken to me. On Mother’s Day that year, I had a great day with my other kids but received no word from Matt. For many years previous, he’d given me a rosebush as a gift, but I wasn’t expecting a rose that year. Later that evening, I looked out the window and saw Matt pull into the driveway. He got out of the car and I saw a rosebush and shovel in his hands. Without a word, he furiously planted the bush in my flower garden and then he left. That was probably the best Mother’s Day gift I ever received.

I see my daughter now facing some of the same challenges I did. As a mother of three young and boisterous boys, she certainly has her hands full, working part-time as a server in a restaurant and taking classes to obtain a degree in Criminal Justice while raising her children. In spite of her hectic schedule, her boys are her top priority, and it shows. They are well-adjusted, happy and at the top of their respective classes.

As we celebrate this Mother’s Day, I think about all of the moms out there: the working moms, the single moms, step-moms, foster moms and the grandmother who for one reason or another has had to step in to fill the role of mom. I think of my own mom, whose values helped shape me into the person I am today. I think every mother deserves a rosebush, breakfast in bed prepared by a famous chef, a gold medal and the one thing that she wants more than anything else – just a moment or two for herself. Chances are that on Mother’s Day you’ll be changing diapers, cooking a meal or working at a job to provide for your family, but do yourself a favor and take one moment for you – you are special and you deserve it.

For those of you who haven’t seen your mom in a while, plant a rosebush for her, or just call her and tell her how much you love and appreciate her. I wish each and every mom a very happy Mother’s Day!