They are not only cute little kittens; they are kittens that nobody wanted. Some of them have behavioral issues or medical problems, a missing eye or limb. Some are in their senior years and others have suffered injuries. These are the animals that are taken in by Lucky Day Animal Rescue in Grand Blanc.

Lucky Day was founded in 2012 by Gretchen Sommer, who was previously a long-time volunteer for the Humane Society of Genesee County. Gretchen is the president of the nonprofit organization, her sister, Brandie Lund, is the vice president and there are seven directors on the board. “We are very small,” laughs Gretchen, “and we have no paid staff.” It takes a lot of work to care for the animals at LDAR, but Gretchen’s niece Sophie and nephew Lincoln, her daughter MacKenzie, and other volunteers lend helping hands. 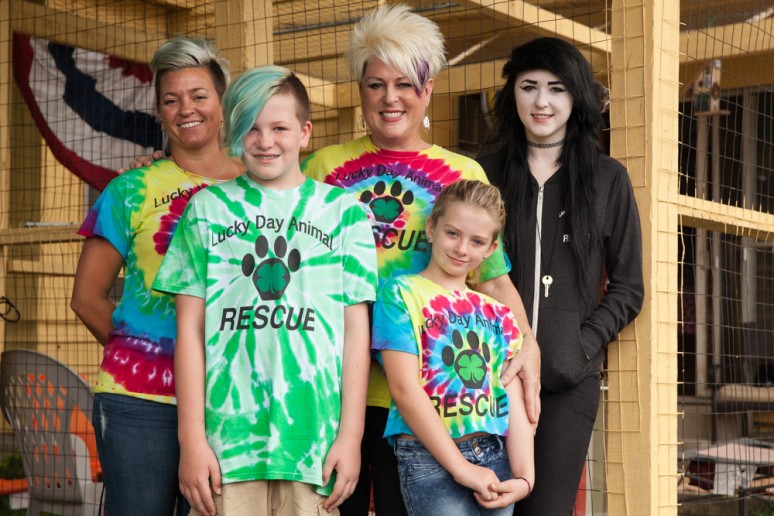 It may be a small operation, but the rescued cats that live at LDAR are very, very lucky! The shelter is located in a huge, 106-year-old farmhouse. The entire house has been turned into a haven for the cats, with cozy animal beds in the upstairs bedrooms, pictures on the walls and a whimsical mural painted in the stairway. There are cats everywhere – sprawled out on the floor, sitting in the window sills and on the furniture. Some are running about or taking cat naps in the warm sunshine outside on the “catio.” What you won’t find at Lucky Day are cages. The cats are free to roam wherever and whenever they want.

“This is my passion, and what I was meant to do. I love animals and want to help the ones that need us most.”
Gretchen Sommer

Many of the resident cats came from animal control facilities around the state. “We take all the misfits,” says Gretchen, “including pets that are no longer wanted or have been abused.” She has become so attached to some of the animals that she has taken them into her own home. Chico, a long-haired gray cat, is one example. Gretchen had received a call that there was a cat hanging around Taco Bell in Holly. “Someone threw him out of a car,” says Gretchen. She went to investigate and was able to catch the cat, which had been injured, most likely having been hit by a car. She had to have her leg and tail amputated. “She’s so sweet,” Gretchen says. Three-legged Chico is now one of her favorite home pets. She also takes in the cats that are at the end of their lives. To date, the family has five dogs and seven cats at home. 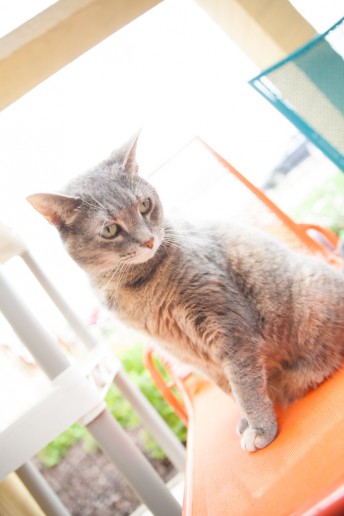 Animals at Lucky Day remain until they are adopted and if that doesn’t happen, they will always have a “forever” home there. Hanna, an 18-year-old calico was taken to Animal Control because her owners no longer wanted her. She is the oldest cat at LDAR. Trouble is a gorgeous, 17-year-old black and white cat – the biggest cat living there – that Gretchen says is sweet and laid back, no trouble at all. Bill is a 13-year-old yellow and white cat, and Gus – paralyzed when he arrived at the rescue center – now can walk. Squiggy, a big, beautiful tomcat sits outside the door.

Lucky Day is named after Lucky, a dog that Gretchen and her family adopted from the Humane Society of Genesee County in 2002. “He was such a special guy and really opened our eyes to animal rescue,” says Gretchen. Sadly, Lucky passed earlier this year at the age of 16. “Without Lucky coming into our lives, there would be no Lucky Day!” she exclaims.

So far this year, LDAR has conducted 95 adoptions and are on track to meet its goal of 150. Currently, there are 37 cats living in the shelter – 12 that are over 15 years old – and one dog that is 14 years old.

Gretchen emphasizes that people need to spay or neuter their pets, as well as make provisions for pets in the event that they are no longer able to care for them. “That is why Lucky Day, as well as every other rescue, is always at capacity,” Gretchen says. 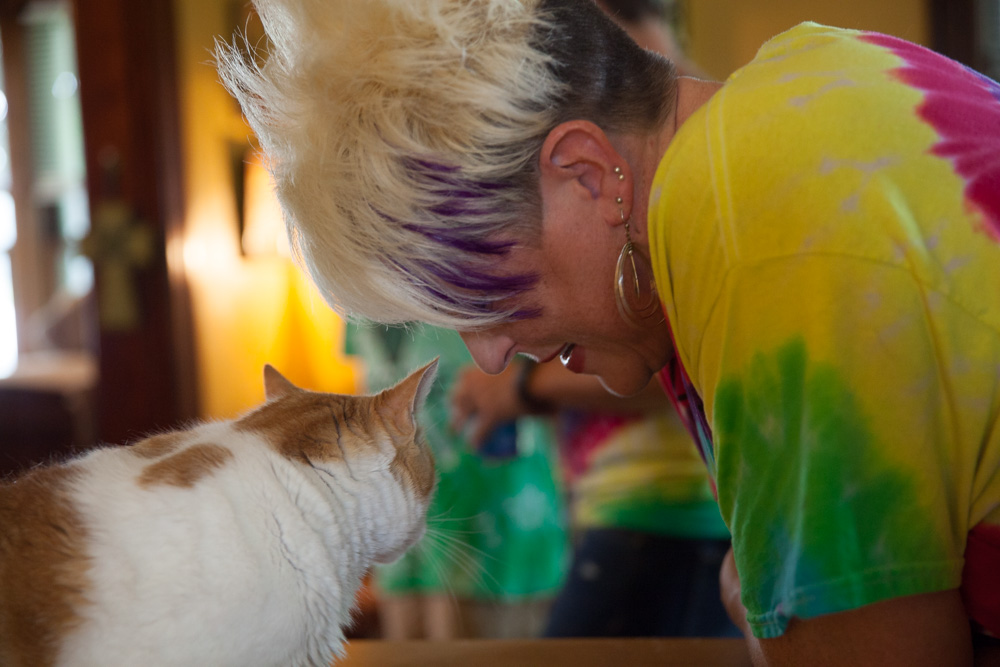 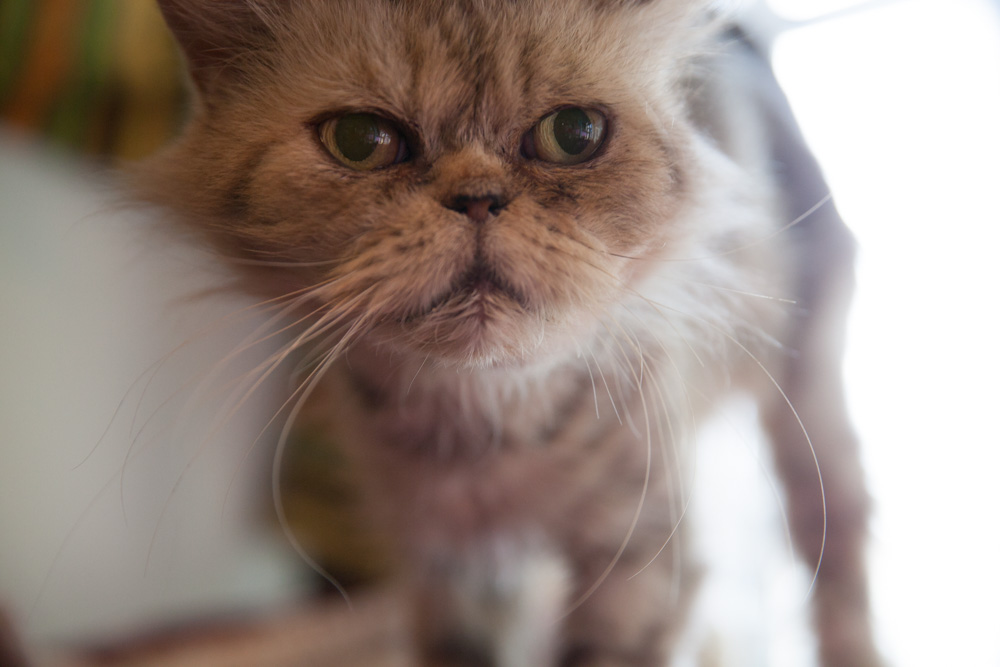 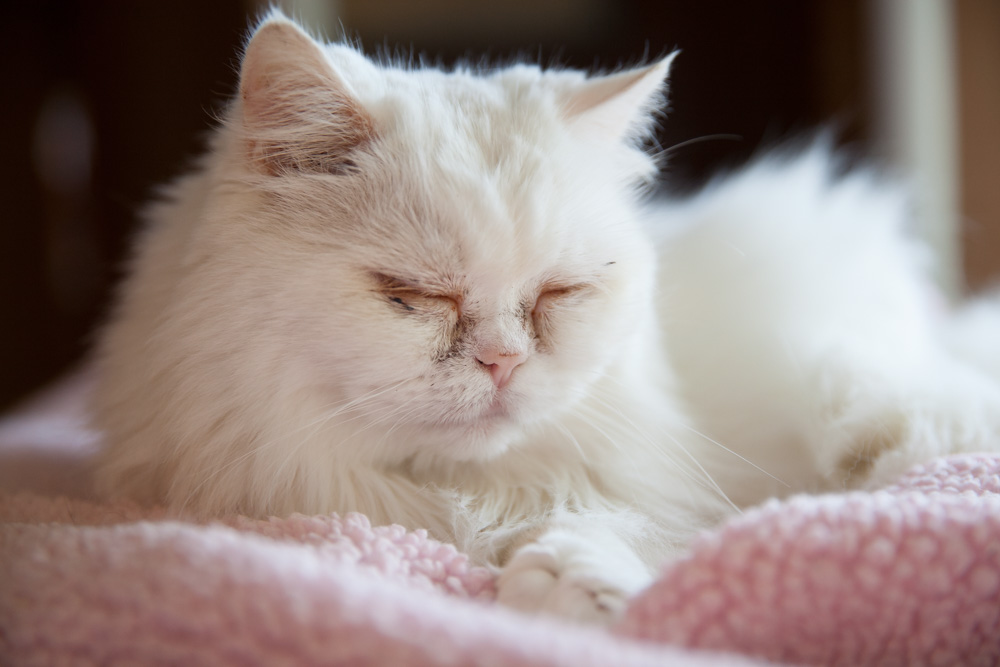 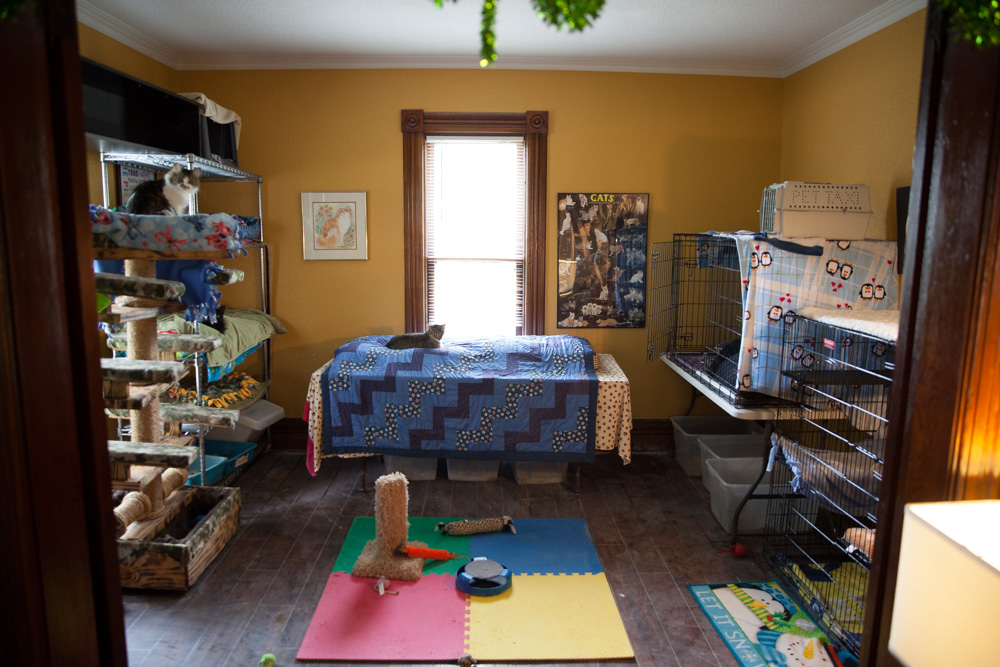 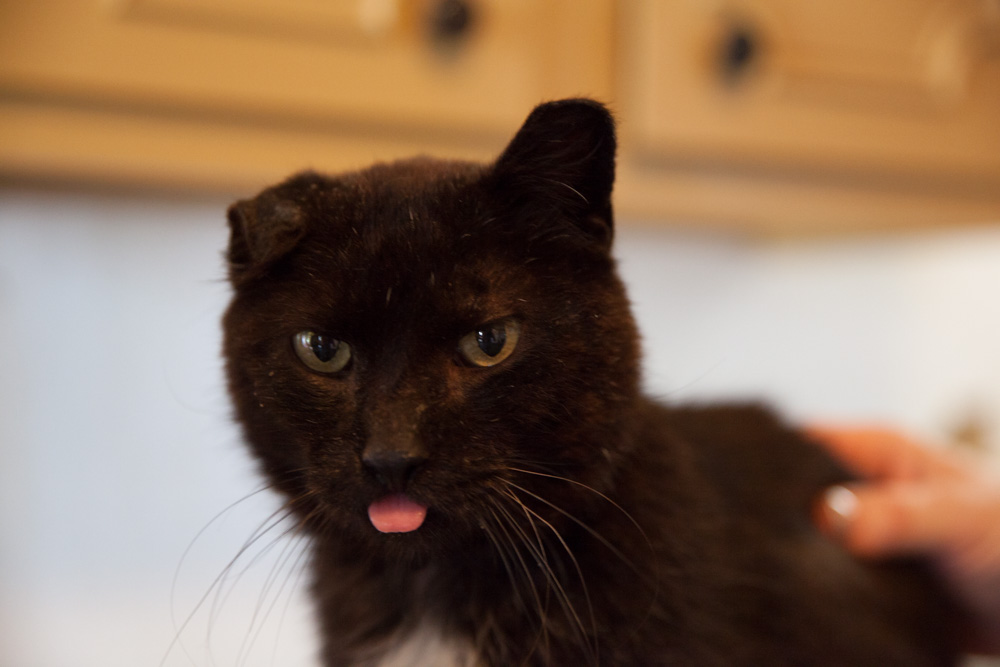 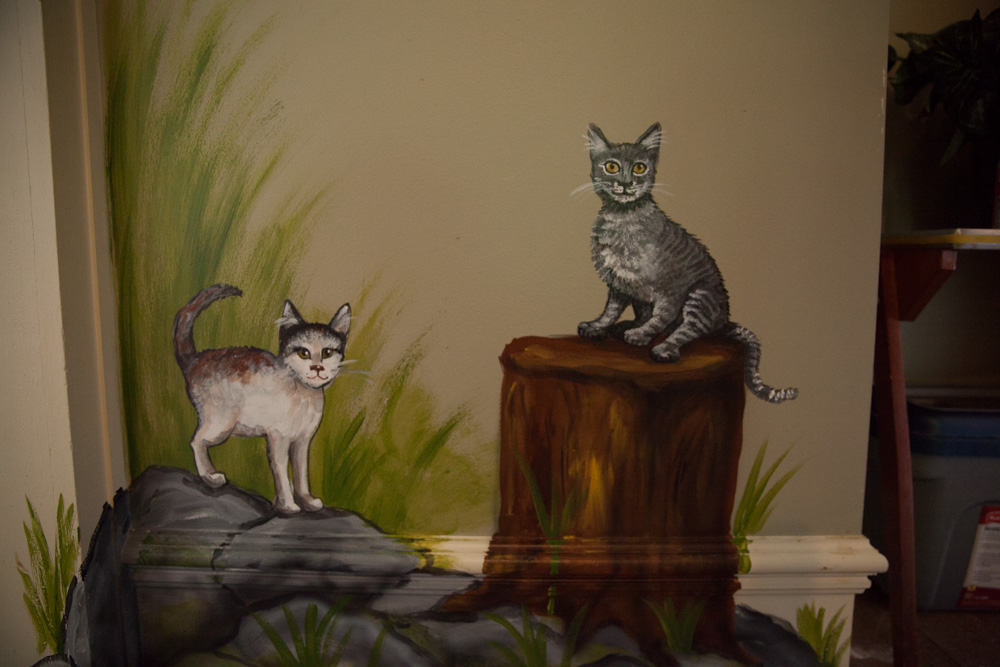 Since its opening in 2012, Lucky Day has taken care of many animals and found good homes with someone to love them. “This is my passion,” Gretchen adds, “and what I was meant to do. I love animals and want to help the ones that need us most.”

The rescue center is looking forward to its first fundraiser set for Saturday, November 7 at Genesys Conference Center in Grand Blanc. Jackson Galaxy, the star of Animal Planet’s hit television show, My Cat from Hell, will be the keynote speaker. All proceeds will benefit orphans, abandoned seniors and animals with special needs at LDAR. For more information, tickets or to donate, e-mail Angela@LuckyDayAnimalRescue.org.