It was dusk. A misty chill hung in the air as the crowd gathered around the tree to witness the execution. Hands bound behind her back, the accused sat upon a horse, defiant. Accused of practicing witchcraft and found guilty by little else than fear and superstition, she glared at the onlookers. As the rope was thrown over the branch of the oak and the noose fitted around her neck, a slight smile appeared on her face. She glanced around the crowd, recognizing former friends, family and acquaintances, whose eager expressions only enraged her further. If they thought her a witch, sobeit – she would act the part. Before she fell, her voice rang out, cursing the village with pestilence and despair. The horse was coaxed forward and she dropped. Her last sight on Earth was the look of sudden fear on the faces of the damned townspeople of Pere Cheney. It was satisfying …

In Genesee County, there are quite a few ghost stories and dark legends that continue to keep us enthralled, year after year. The rest of the state is no different – Michigan has tales of suspense galore for those who seek them. Here are ten of the top haunted legends and locations in our great state. WARNING: Some stories are not for the faint of heart. 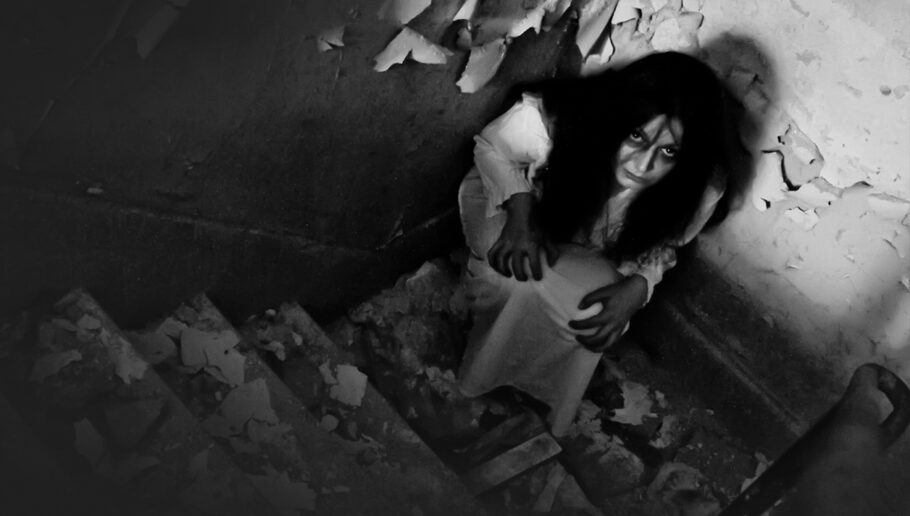 Ada Witch (Ada) Soon after the founding of Ada, MI in 1838, a dark tragedy occurred there. A suspicious husband followed his wife as she met her lover in Seidman Park. When he saw the two in each other’s arms, he erupted in a murderous fit of rage. Killing his wife before he turned upon the other man, the two fought and each died at the hands of the other. To this day, referred to as the Witch of Ada, the unfaithful woman’s ghost can be spotted in Seidman Park (the murder site), wandering along Honey Creek Road and in Findlay Cemetery (where she was buried). Park visitors also report hearing shrieking, weeping and footsteps at the locations.

Hell’s Bridge (Rockford) Perhaps the most gruesome of the spooky Michigan legends, Hell’s Bridge was the scene of absolute evil more than 150 years ago. In Rockford, children were going missing and the townsfolk had come together to do something about it. They split into groups and systematically combed the area. Elias Friske warned the people of the demons surrounding the town and volunteered to stay behind to look after the rest of the children. After the parents had left, Friske took the children to the new bridge and began throwing them, one-by-one, into the Rouge River to their deaths. He was caught in the act and for his crimes, was hung from the bridge. Today, swimmers in the river around the bridge can feel hands grabbing their ankles and at dark, Hell’s Bridge rings with hideous laughter. 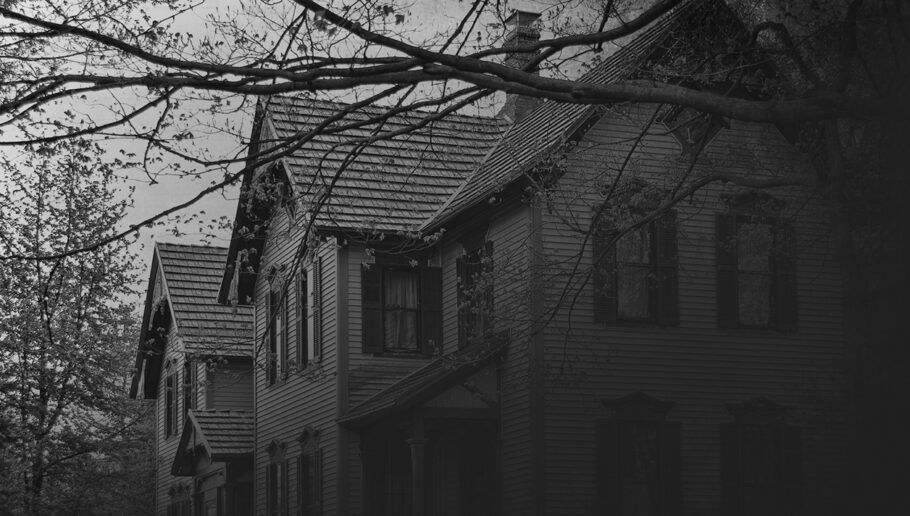 Landmark Inn (Marquette) A tragic love story, the legend of the “Lilac Lady” of the Landmark Inn continues to raise eyebrows of travelers today. The Lilac Room on the sixth floor of the inn is famous for tales of its unseen inhabitant. The switchboard in the main floor lobby has been known to “light up” from the Lilac Room when the room is unoccupied. Workers have then made their way to the room where some have witnessed a lady dressed in a floral gown sitting solemnly. She is believed to be the lover of a sailor who was lost on Lake Superior more than a century ago. After hearing of her love’s watery demise, she took her own life in the room and continues to wait there in hopes of his return.

Luke the Spook (Romeo) A more traditional tale, many view “Luke the Spook” as more helpful than menacing. His story begins in the early 1800s: Luke, a doctor, was called out one night to provide medical assistance. As he traveled back home down Romeo Plank Road, his horse and buggy twisted off a bridge, killing the good doctor. From then on, visitors have reported seeing a mysterious lantern light moving up and down the road and some have even witnessed a ghostly horse and buggy traveling through the trees. Many believe that it is Doctor Lucas helping to guide travelers down the road, so as to avoid repeating his catastrophe.

Michigan Bell Telephone Co. (Grand Rapids) While at work, current employees of the company have been plagued by ghostly encounters. The building was built on the grounds of a lavish mansion with a sordid history. Soon after the Randalls bought the house, they fell on hard times when Warren Randall lost his leg while working for the railroad and had it replaced with a wooden prosthetic. He became angry and paranoid, often arguing and fighting with his wife, Virginia. During a final heated argument, Randall beat his wife to death with his own prosthetic and then in remorse, slit his own throat. Today, the Michigan Bell employees continue to hear the Randalls arguing throughout the building, and see their ghosts moving around in anguish.

Old Presque Isle Lighthouse (Presque Isle) Some people are devoted to carrying out their assigned duties and, at least for George Parris, even death cannot stop them. In the 1990s, Parris and his wife moved into the lighthouse cottage and were charged with running the lighthouse, managing the museum and giving tours. After Parris’ passing, the disabled beacon continues to turn off and on at its past required times, something the local authorities cannot explain.

Pere Cheney (near Grayling) This ghost town sports one of Michigan’s greatest legends. Soon after its founding in 1874, the 1,500 inhabitants of Pere Cheney got word that a witch lived among them. They accused a young woman with a bastard child and chased her from the village into the wilderness, where she hid with her child. During her flight, the child became sick and died, at which time the young woman was caught. As she awaited her hanging, she cursed the town to pestilence and tragedy. Soon thereafter, diphtheria swept through Pere Cheney, wiping out a majority of the population and then, five years later, a second epidemic occurred. By 1901, only 25 people were left in the town. Today, the only thing that remains of Pere Cheney is a neglected cemetery. Visitors to the area report seeing shadowy figures, hearing children’s laughter, and finding tiny handprints left upon their vehicles. Some have seen the ghost of the woman haunting the area where she was unjustly executed.

Seul Choix Point Lighthouse (Gulliver) Established in 1895, the Seul Choix Point Lighthouse was first kept by Joseph Townsend. His brother, James, was a wealthy boat captain and would visit Joseph at the lighthouse whenever he got the chance. On one unfortunate visit, Captain James fell ill and died in the lighthouse. His body was held in the basement until the rest of the family could retrieve it. For over a century, strange smells and unseen footsteps have been reported in and around the lighthouse. It seems as though James Townsend’s visit continues.

Traverse City State Hospital (Traverse City) Long known as one of Michigan’s most haunted places, it remains one of the nation’s paranormal hotspots. Built in 1885 as an asylum for the mentally unstable, the facility also housed those afflicted with tuberculosis, typhoid, diphtheria and polio. The hospital walls no doubt witnessed untold amounts of human suffering and death. The hospital has been investigated by numerous paranormal agencies, each recounting their own unique experiences. Exploring the tunnels beneath the hospital is only for those with the stiffest of spines. To add to the legend of the hospital, the woods behind it hold the fabled “Hippy Tree,” which is believed to conceal a portal to hell. 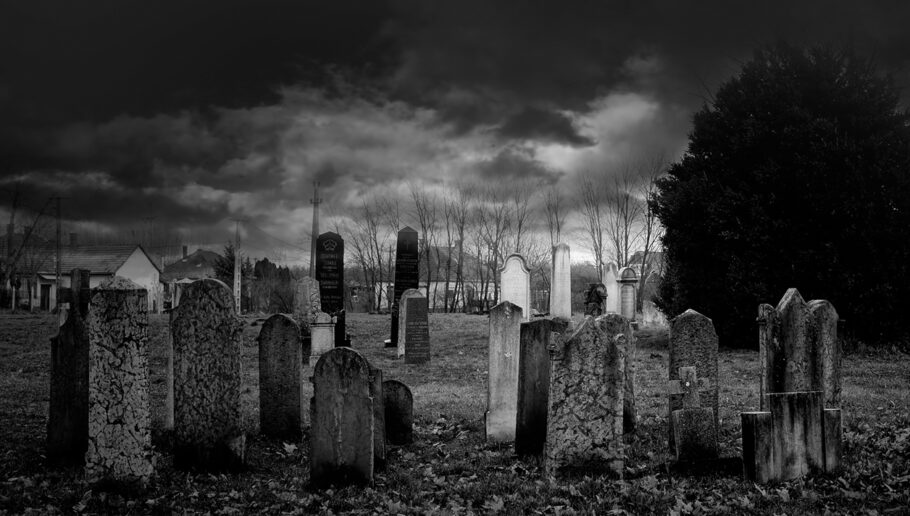 Warlock Willie (Dexter) In Old Scio Cemetery lies an unmarked grave situated between two thorn trees that is believed to hold the remains of a warlock. Established in 1811, Scio Village was the home of Joseph Willard Seymour, a descendent of a family from old Massachusetts. At the time of his burial, the town had two thorn trees planted at the head of his grave on either side of the headstone. Over the years, the trees grew around the grave, its roots creating a distinct, rectangular box. Were the thorn trees planted for decoration, or to keep Willie firmly in his grave? Legend has it that if a person was to lie down upon the grave at night, they would feel the ghostly powers of Warlock Willie trying to escape.

Halloween is a time to celebrate all things spooky. This month, seek out your town’s ghost stories, eerie mysteries and haunted places … and count the chills.