Family-owned lumber yards are nearly a thing of the past, but hidden on the outer edge of Downtown Flint is Michigan Lumber Company, doing business at the same location for almost 100 years! Now, with the third generation at the helm, MLC continues to operate under the philosophies established by their forefathers – to sell only the finest quality lumber.

It all began when Nels Olson left Sweden and landed on American shores in the late 1800s. He was greeted by a fellow countryman who encouraged him and other Swedes to go to Michigan and work in the logging industry. There was a desperate need for people at that time to log, mill and cut wood to needed specifications. Nels operated a mill in the Manistee area with the help of his three sons Philip, Anton and Victor. In 1914, he sent them to Flint with the hopes of starting their own lumber business. Flint was bustling with activity at that time with the construction of factories and housing, so there was a strong demand for building supplies and services. 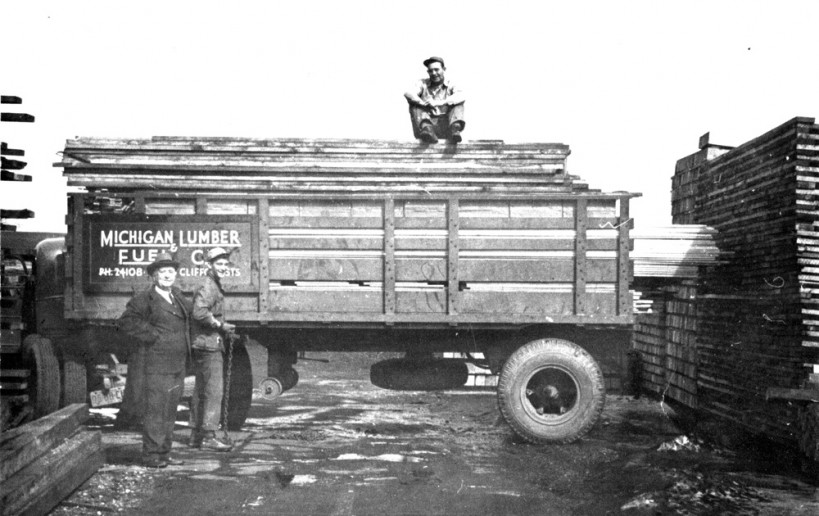 The Olson brothers were successful in their search and found an existing lumber and fuel supply business that was operated by the Holihan family, the Michigan Cedar & Pole Company, located on Clifford Street near the railroad tracks. They were able to purchase the business and incorporated in 1916 under the name Michigan Lumber & Fuel Company. Their strong work ethic soon gained them a reputation for supplying the best quality products and service. All three brothers stayed in the business until their passing, and then the second generation took over. Philip’s son Arthur, and Anton’s son, Howard, continued to run the business with the same staunch work ethic of their parents.

The third generation became involved when Arthur’s son, Chuck, joined the business in 1972. Anton’s grandson, Gerry, came on board in 1987 and was instrumental in bringing technology to MLC. He left the business in 1999 but currently serves on its board of directors. Surviving two world wars, the Great Depression and recession, an economic downturn and bottomed-out housing market which hit Genesee County especially hard, MLC is going strong today. “It’s quite an accomplishment that we are still here,” says Chuck. “We’re the best-kept secret in Flint,” adds Glenn. 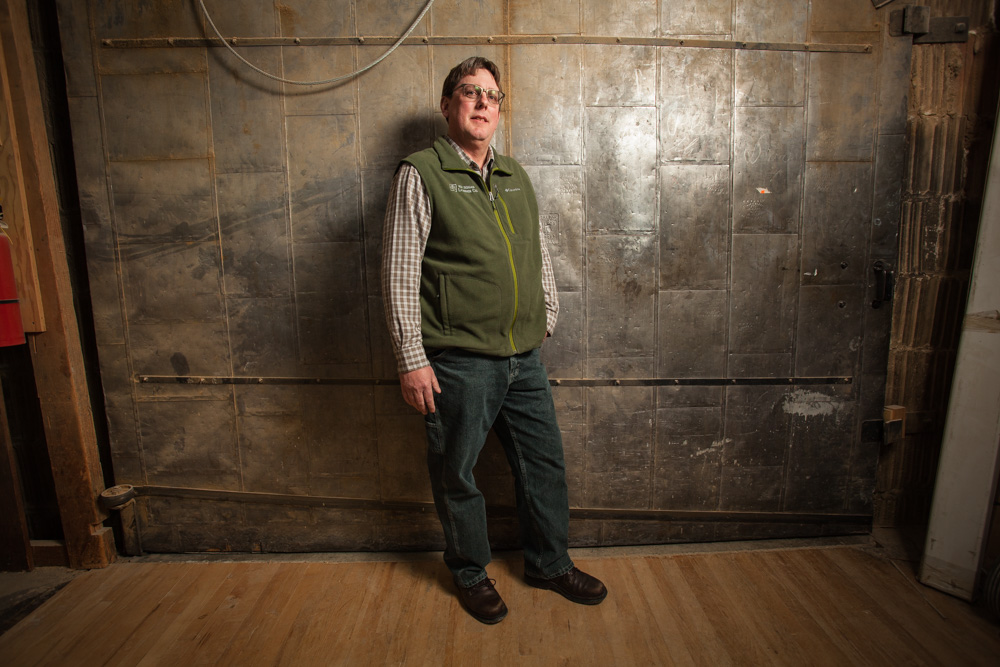 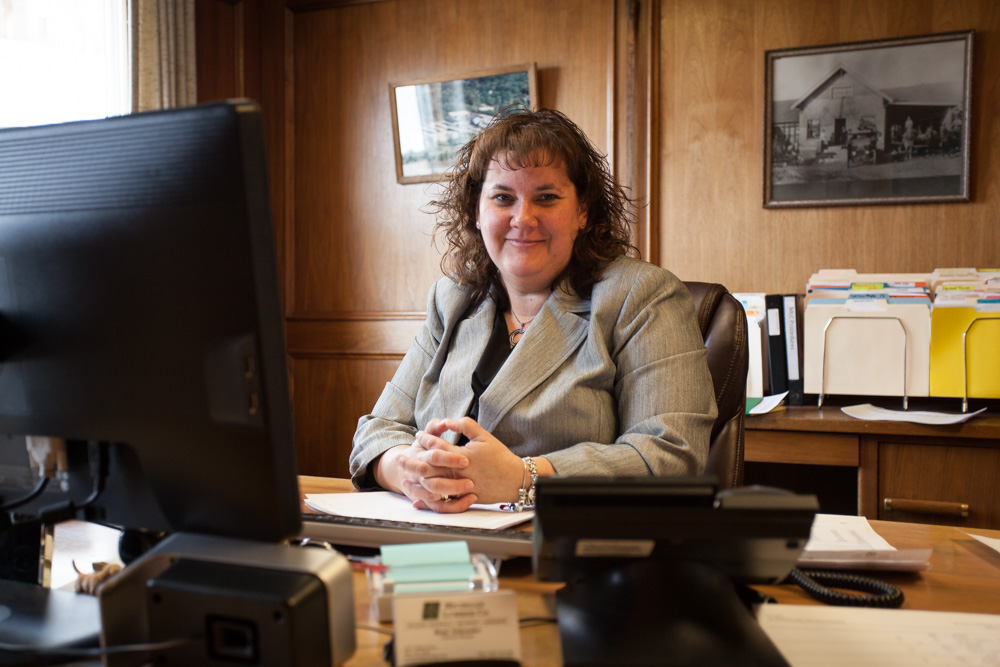 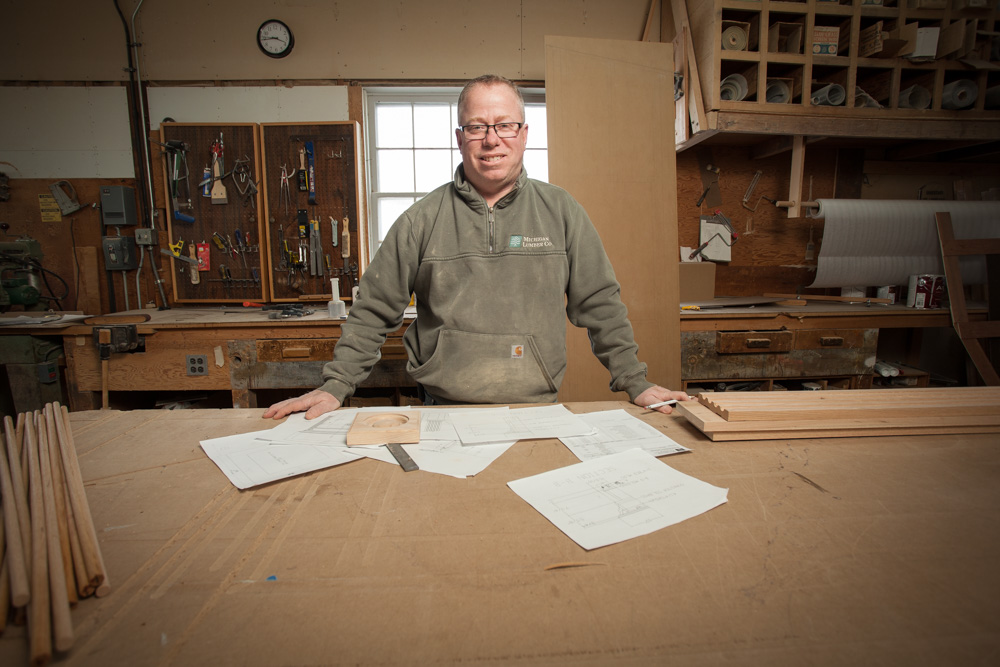 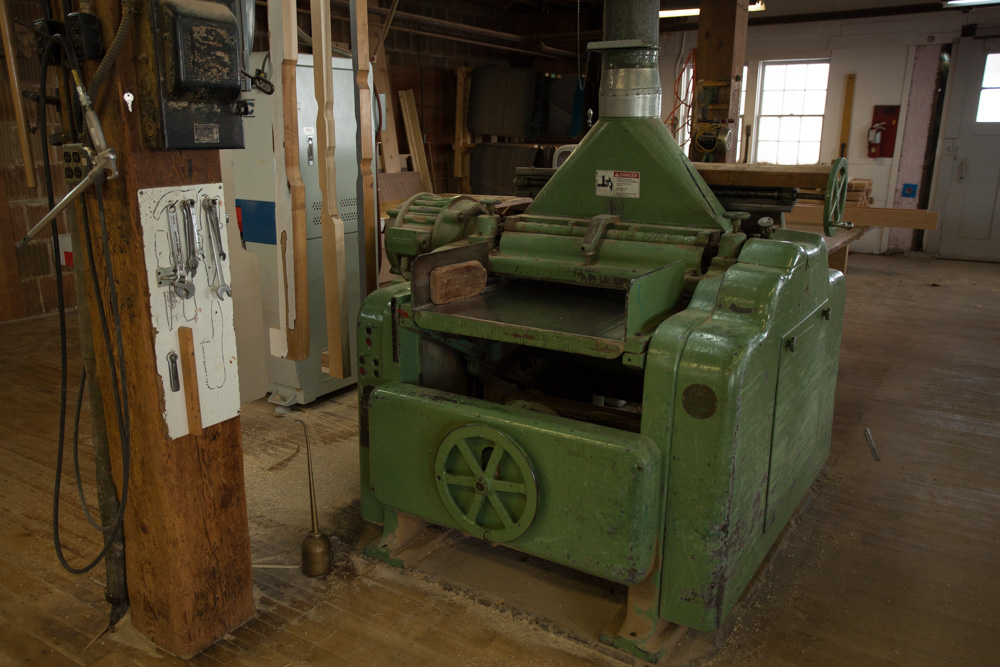 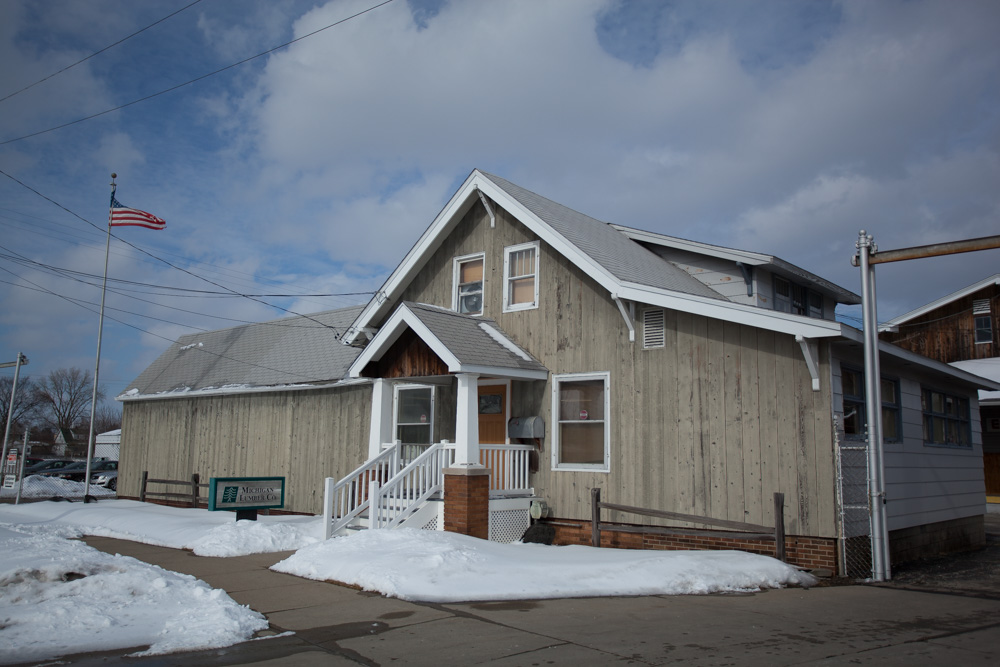 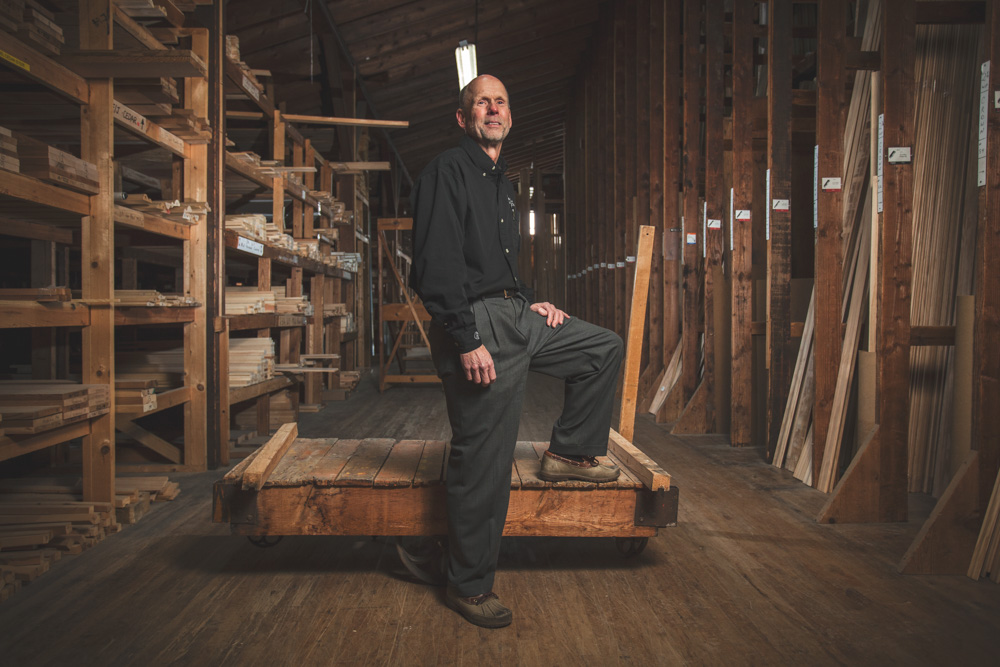 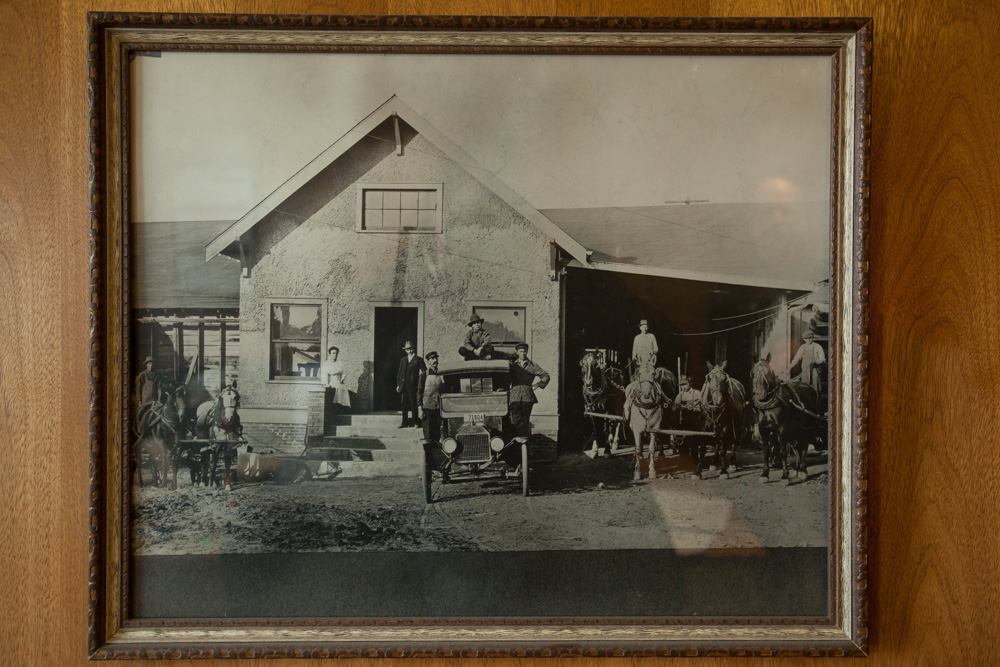 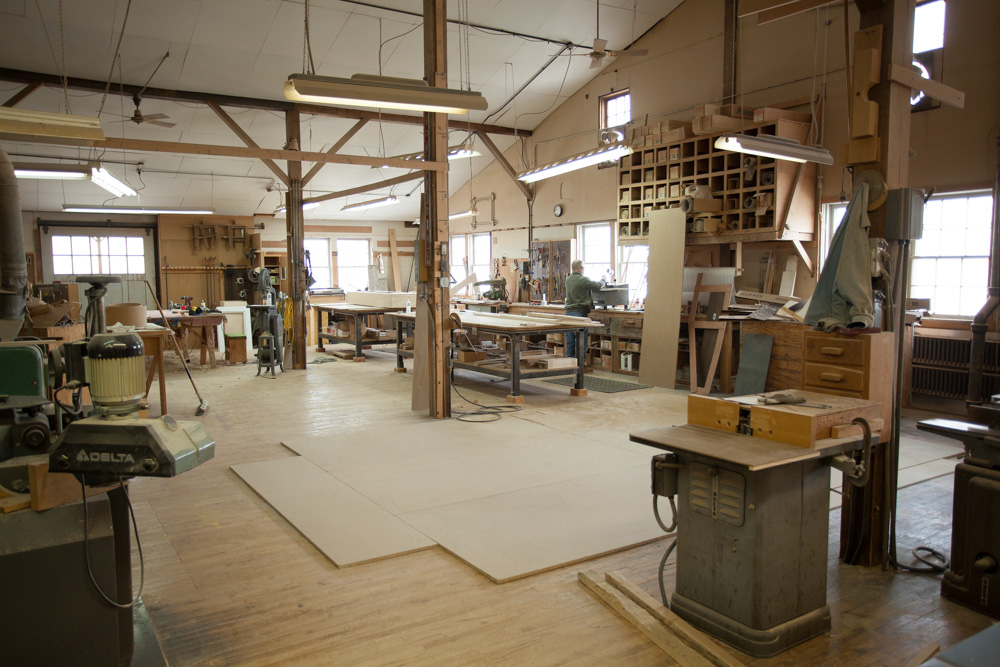 The reason for their longevity, says Glenn, is the quality of their work, and it’s their custom-made, one-of-a-kind products that set them apart from other lumber yards. “From rough lumber to finish boards, we take it to the finished product,” he boasts. “We are the ‘un-box’ store.” Another thing that puts MLC a step above the rest is the knowledgeable staff who share years of experience and expertise with their customers.”We have a gold mine here as far as knowledge is concerned,” says Glenn. “Our staff is the key to our success.” A four-member management team runs the day-to-day operations: Seth Rinks, Sales Manager; Curtis Koth, Operations Manager; Glenn Schroeder, Merchandising Manager and Rene Schroeder, Financial Manager.

The full-service lumber yard focuses mainly on the commercial/industrial market and more recently due to industry resurgence, the housing market. Seven acres of warehouses hold every type of wood imaginable. Some of their offerings include panel products, softwoods, hardwoods, windows and doors, molding, stair parts and decks to name just a few. MLC specializes in custom millwork – from moldings and cabinets, to exotic archways. The downstairs mill is where the hardwoods are milled and moldings are produced, while cabinetry and custom mill work are done in the upstairs mill, according to Glenn. Their clients include Kettering University, Mott Community College, U of M-Flint, Downtown Flint restaurants, the Flint State Office building, Flint Institute of Arts and many area churches.

Michigan Lumber Company has positioned itself to be the area’s premier lumber provider for years to come. You won’t find gardening supplies or wallpaper there, as they intend to remain a true lumber yard. After nearly a century in Flint, it’s not surprising that there is a bit of nostalgia associated with the business. “Customers come in and tell us, ‘I came here as a kid with my dad,’ or ‘My grandfather brought me here.’ But we’re really looking forward to the future!” exclaims Chuck.