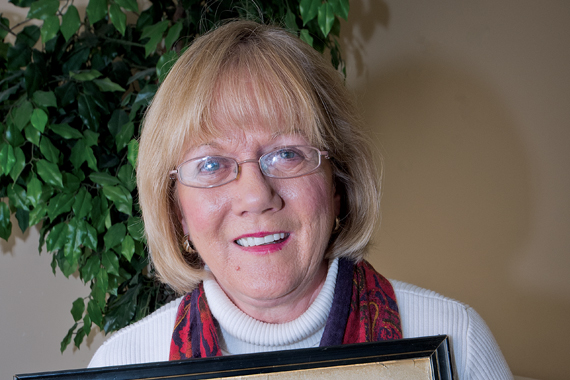 I grew up in Corriganville Maryland, a town located in the western-most tip of the tiny state, about three hours away from our nation’s capital. My town wasn’t very big, comprised of a Post Office, gas station, an elementary school, and a bar. When I graduated from high school, I wasn’t sure which direction I wanted to take in life. I had considered being a veterinary assistant and was accepted to attend a local college, but I
wanted to spread my wings, so I chose to accept a job offer with the Department of Housing and Urban Development in Washington D.C. along with two of my high school friends.

We stayed at a boarding house on Dupont Circle and traversed the city by taxi or bus. The buildings were enormous and I thought to myself that there was room for all the people in my hometown to live on just one floor of the building in which I worked. City life was a lot different from my small-town upbringing, but I loved it. I loved sitting by an outdoor fountain during my lunch hour, causally observing people from all walks of life passing by. I was fascinated by the bag ladies who walked the streets, imagining what circumstances in their lives had led them to sleep on a park bench with all of their possessions in a single bag. I loved visiting all the museums and experiencing the varied cuisine offered in all the different restaurants.

At first, I was desperately homesick, and would take the Greyhound Bus or the train home on weekends. But gradually, I made new friends and embraced my new life in the city. As a clerk typist at HUD, I was offered an opportunity to work one day a week at the White House, doing clerical work for George Romney, who was Secretary of HUD at the time. From there, I was offered a position in the secretarial pool, as a substitute for secretaries who were on vacation or leave of absence. Once, I was asked to cover for a secretary on maternity leave from the speech-writing department. She decided to not return to work, so it became a full-time position for me. The job was very exciting, but also very demanding. If a speech-writer worked until 3am to finish a speech, we had to stay and type it (there were no computers back then). Dave Gergen was head speech-writer at that time, and the Watergate scandal was reaching its peak. I would often field telephone calls from Bob Woodward and Carl Bernstein of the Washington Post, who later became renowned as the reporters who broke the biggest story in American politics. Then came the day Dave Gergen took the entire staff out to lunch with some bad news: Nixon would resign the next day and we’d be without jobs. I somberly watched the disgraced President and First Lady board the helicopter, leaving the White House for the final time.

Regretfully, I returned to my office in the Old Executive Office building to pack up my things. Vice President Gerald Ford would be taking over the reins as the new President. Just then, the speech-writer whom I primarily worked with came in to the office and told me that Ford had asked him to stay on, transitioning with the new speech-writers who would be coming on board. He asked if I would stay, too. I eagerly unpacked my things, and a new era began.

Life was busy and exciting with Ford as President. At the time, he was also campaigning for the next Presidential election, so there was a lot of travel and a lot of work for the speech-writers, who often traveled with Ford on the campaign trail. I remember how excited I was to go on my first trip and to ride on Air Force One. I traveled to places I’d never been before, including New Orleans, LA; Ft. Benning, GA; Seattle, WA and Portland, OR. There is one trip however, I will never forget: the trip to Sacramento, CA on September 5, 1975. Ford was on his way to the Governor’s mansion to give a speech when Squeaky Fromme attempted to assassinate the President. I was about 50 feet behind President Ford when the incident occurred. My first thought as the crowd began running away was that someone had thrown a bomb. A Secret Service agent shoved the
staff toward the mansion to get us out of harm’s way, but to our amazement, Ford continued on and gave the speech as if nothing had happened.

On the plane ride home, however, I began to re-think my job choice. I was married and had just given birth to my first child. I worked crazy, long hours and traveled often, and it was hard to leave my little boy at home. I remember once when I was working late, my son had to go to the hospital because of a high fever. I sat at my desk and cried because I couldn’t be there with him. A year later, I decided to resign and be a full-time mom while my kids grew up, a decision I never regretted. It was many years later, however, when I realized that I was a part of our nation’s history as it was being made. I will always cherish the memories of my White House days.