In the Scouting organization, becoming an Eagle Scout is the highest honor and quite an accomplishment. In October 2020, Breanna Nicole Trecha of Fenton Township obtained the rank of Female Eagle Scout. She is the first female in Genesee County to have gained the title and one of ten in the State of Michigan. The door opened for females to join Boy Scouts in February 2019. 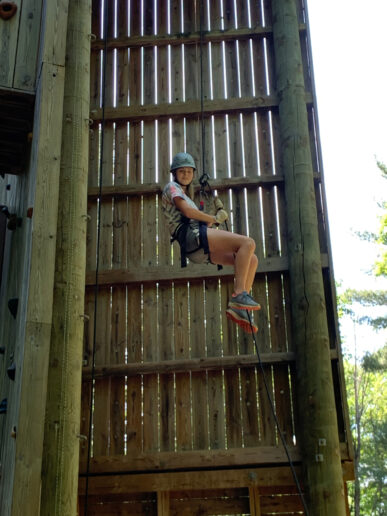 Scouts must earn a minimum of 21 merit badges to achieve the eagle rank.

Trecha comes from a long line of Eagle Scouts – her father, Jeff, achieved the rank and following in his footsteps were her three brothers: John, Parker and Bradley. “While growing up, my whole family was into Scouting,” she shares. “I went to all of the meetings and on campouts. When I was in eighth grade, I joined a branch of the Boy Scouts called Adventure Scouting, which is a co-ed program.” She participated in that program for five years and was also a Girl Scout for six. Trecha also participated in National Youth Leadership Training (NYLT), which is a course that teaches presentation skills, leadership skills and teamwork. She joined that staff as a Senior Patrol Leader and joined Boy Scout Troop 212G in 2019. 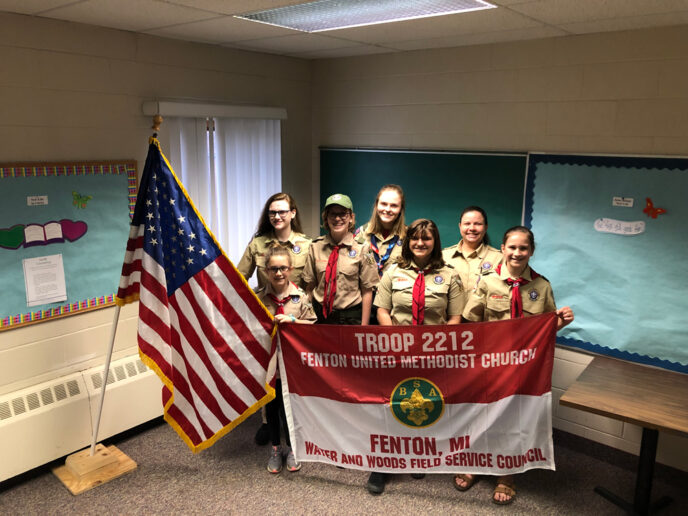 “It is an honor, but it takes a lot of time and determination to accomplish it. It is achievable if you work hard for it.”
Breanna Nicole Treacha

According to Trecha, one has to go through various ranks in order to become an Eagle Scout: Tenderfoot, Second Class, First Class and Star of Life. She also had to earn a minimum of 21 merit badges and complete a service project in the community. “It took me a year and eight months to get through the process,” she says. “The biggest thing is the service project. You have to show leadership skills and do something to benefit your community.”

Trecha’s service project took place at Linden County Park. The picnic tables there were very weathered, so, with the help of volunteers, about 60 tables were repaired and refurbished. “It took over 100 hours to complete!” she exclaims. And with COVID, it was hard to find volunteers. Trecha led the project from start to finish and was able to get about a dozen volunteers to help. To get the project started, she had to use her fundraising skills. “Linden County Park donated materials and supplies,” Trecha notes. 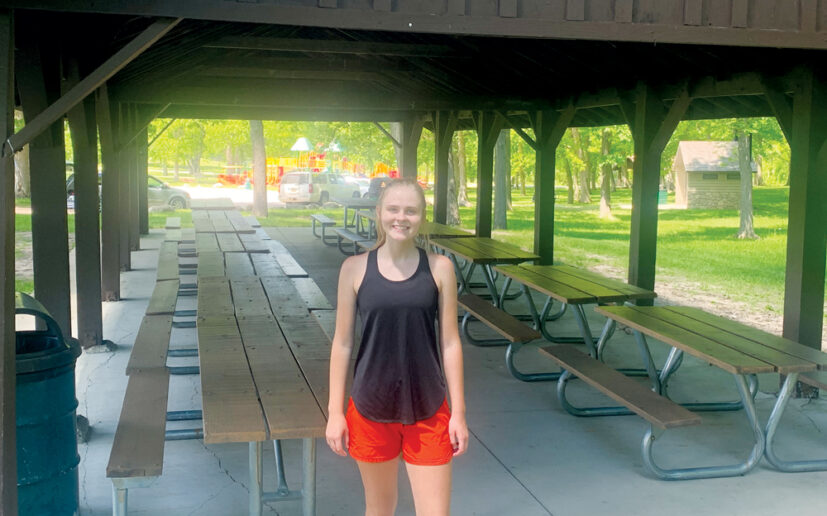 When she puts her mind to something, Breanna always gives one hundred and ten percent.” Overall, in the Trecha family (including uncles and cousins), there are ten Eagle Scouts. Breanna was thrilled to join them. “Being a girl, I thought ‘I can do this, too’!” 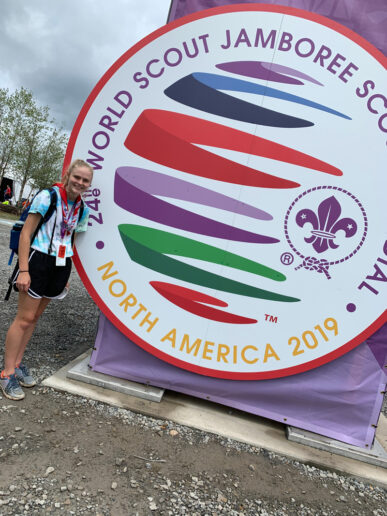 A Court of Honor ceremony is typically held for an Eagle Scout, but COVID interfered with that, as well. “We are still working on a date,” she says. When it can be arranged, the Fenton Township Board of Trustees will honor Trecha with an official proclamation.

“This is such a big accomplishment,” says the determined young lady. And, she is not done with Scouting. “I want to go back and help other females in my troop obtain this status.” She also says the number of girls in Boy Scouts is growing. “My goal is to reach out and show other people the importance of this program. It is an honor, but it takes a lot of time and determination to accomplish it. It is achievable if you work hard for it,” she adds.

Trecha’s parents are very proud of their daughter’s achievements. “Amy and I are extremely proud of Breanna for reaching the Eagle rank,” says Jeff. “