Observed on the last Monday of May, Memorial Day honors the men and women who died while serving in the U.S. military. It was previously known as Decoration Day, originating in the years following the Civil War. It is a solemn day for all of us to honor those brave servicemen and servicewomen who paid the ultimate sacrifice. 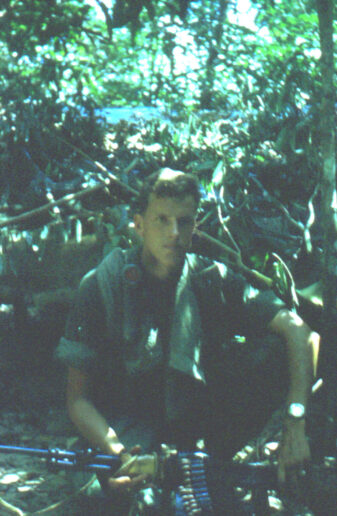 Both Memorial Day and Veterans Day are very important to one local veteran, Gary Huber, who served in the Army during the Vietnam War and was a soldier in the Wolfhounds 27th Infantry Regiment. Huber, along with fellow Vietnam veteran, Joe Mischler, and a group of veterans from the area would travel to Washington D.C. on Memorial Day and Veteran’s Day to grieve and honor their fallen brothers. They did this for about two decades, but haven’t been able to make the journey in the last couple of years, Huber laments.

“It was like a reunion,” Huber says of the trips. “We talked to other veterans and went to Arlington Cemetery to watch the Changing of the Guard.” They also visited the Vietnam Veterans Memorial Wall. “I would touch all of the names of the guys I lost in my platoon.” Before returning home, Huber would go back to the Wall and touch each of those names once more. “I would say, ‘See you later.’”

Huber was born in Midland but grew up in Flint. He served in the U.S. Army from January 18, 1966 – November 18, 1968. After basic training, he attended Infantry Officer Candidate School where he gained the title of 2 Lt. He then went on to Fort Knox as the executive/training officer of a basic training company. In September 1967, he shipped to Vietnam where he was assigned to command a rifle platoon. His first firefight occurred that November. “I lost four men in my platoon,” he shares. “I was a rookie, but my commander was impressed with my performance and I received my first Purple Heart.” 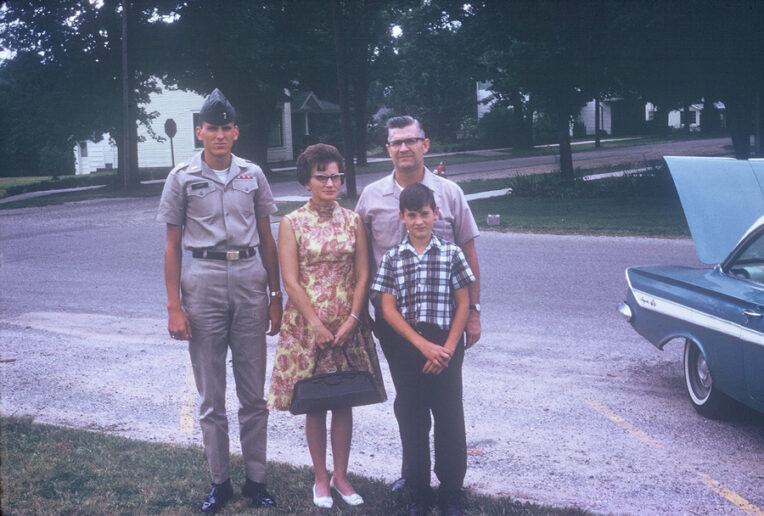 February 6, 1968 is also forever etched in Huber’s mind: a day on a battlefield in Hoc Mon, near the city of Saigon – a battle that earned Huber a second Purple Heart. The Tet Offensive, attacks staged by the North Vietnamese forces had just begun. It consisted of simultaneous attacks by some 85,000 troops. “We started a movement to search and destroy,” Huber recalls. “Four of my men were killed and ten of us were wounded. I was shot through the neck and shoulder. Men were killed and wounded doing what they had to do.” 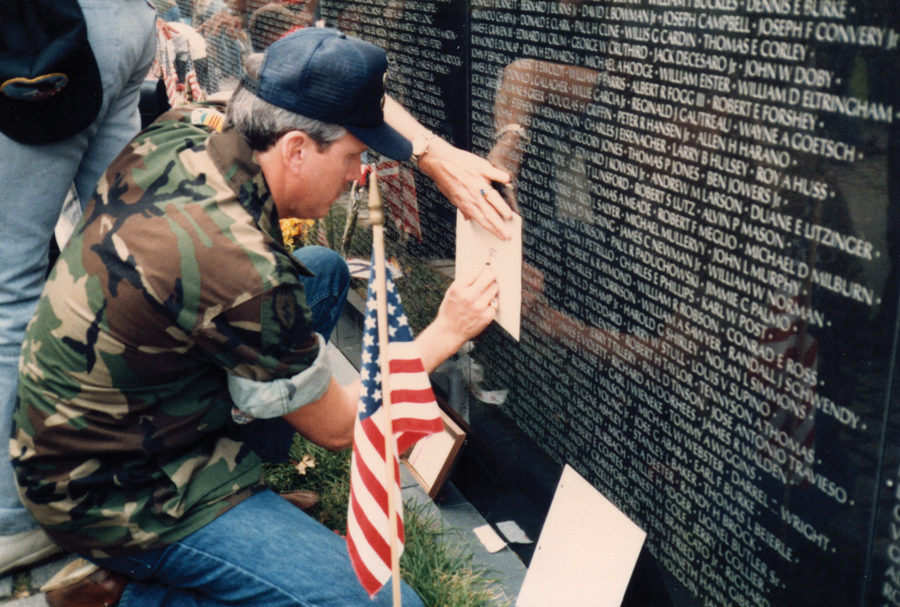 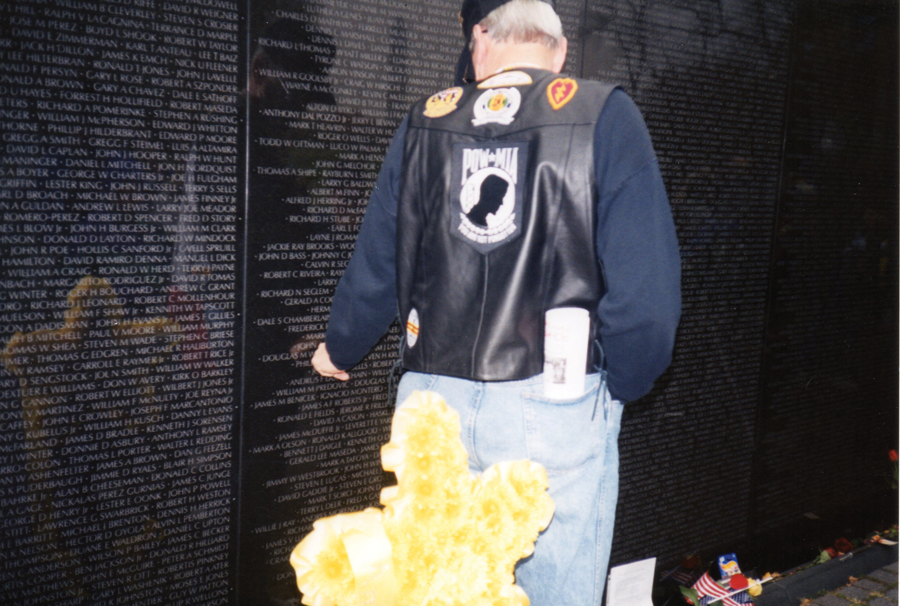 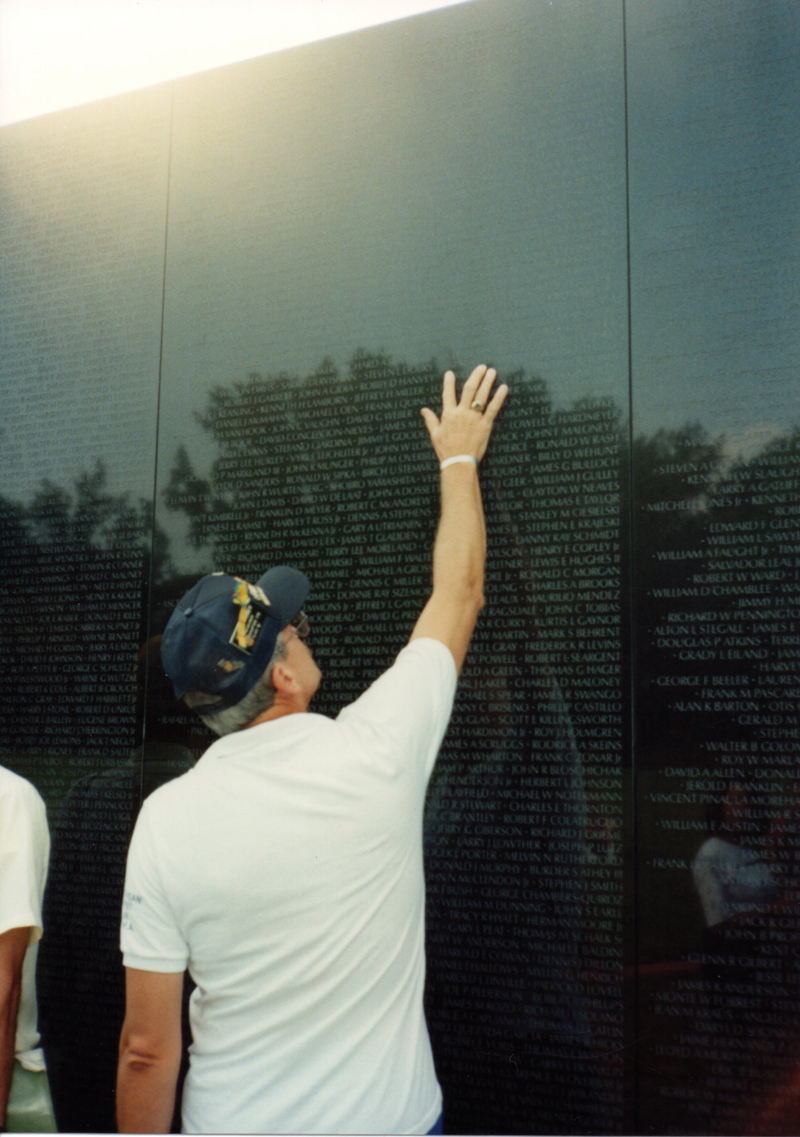 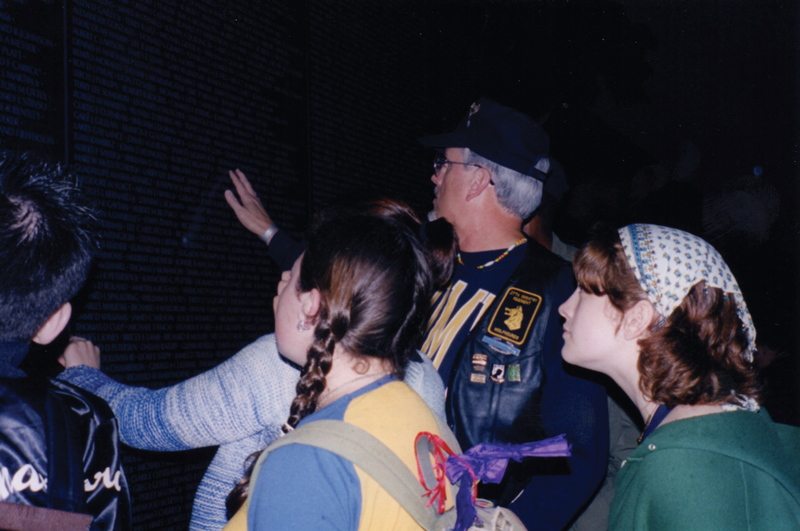 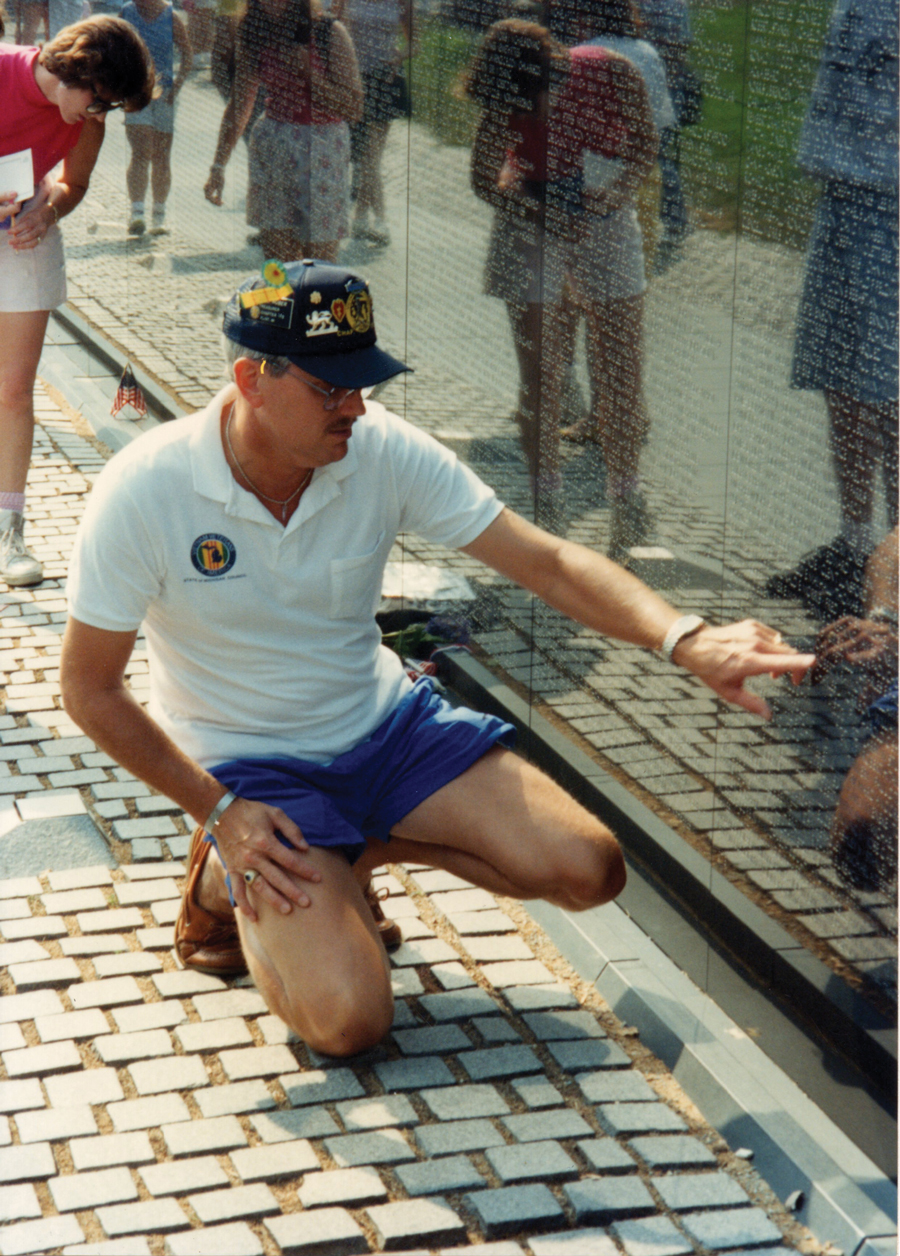 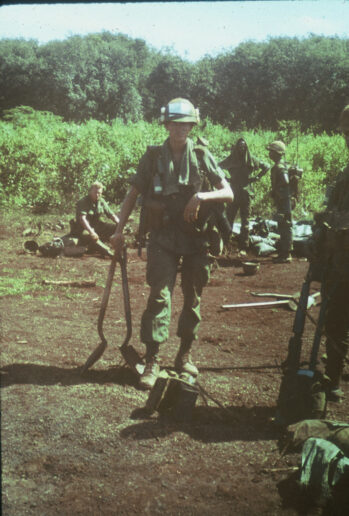 After recovering from his wounds, Huber returned to leading the Weapons Patrol but never went out on patrol again. In March 1968, he transferred to the Lightning Replacement Training School where he was a training officer and promoted to 1 Lt. He was released from active duty in November 1968.

It was back to the “real world” for Huber. He attended Central Michigan University, earning a BS degree and MS degree in guidance counseling. He met his wife, Marilyn, in the spring of 1969 and they married that November. In 1973, he began a 31-year teaching career in the Kearsley School District.

In 1995, Huber had an opportunity to return to Vietnam with Channel One News, an organization that filmed news broadcasts for schools. He was selected to be featured on a show acknowledging the 25th anniversary of the Fall of Saigon. He returned to Hoc Mon, to the battlefield where he was wounded in 1968. It was there that he was filmed for a ten-minute segment. “It was an amazing experience!” he exclaims. 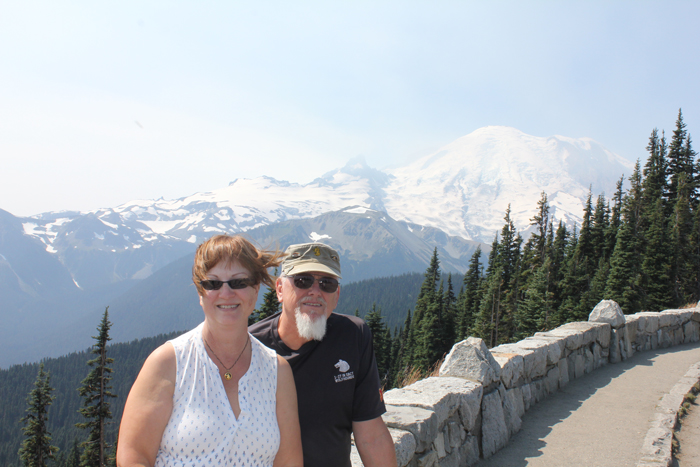 Huber wrote a book about his experiences in Vietnam, which recently has gone to print. The book is titled, Wolfhounds Vietnam Alumni, subtitled A Young Man’s Trip to War and the Journey Back. “It’s an autobiography, my story,” he says. “Basically, it’s my life.”

Over the years, Huber has been actively involved in various veteran’s organizations, serving as treasurer for Vietnam Veterans of America Chapter 175 since 1986. He is also a life member and past president of 27th Infantry Regiment Historical Society; The Wolfhound Pack (27th Infantry Regimental Historical Society); 25th Infantry Division Association (Tropic Lightning); Vietnam Veterans of America, Chapter 175; Disabled American Veterans; Military Order of the Purple Heart, and Veterans of Foreign Wars. “I’m proud of my service.” Huber admits. “I like to think I have helped a lot of people along the way.” 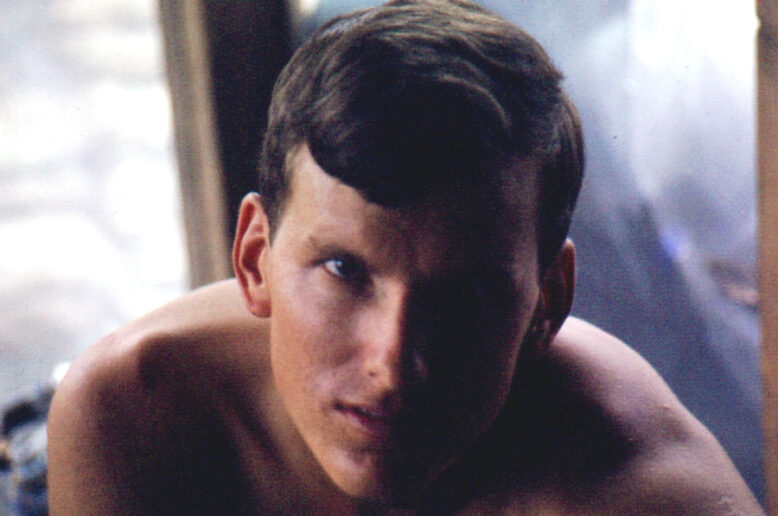 While it won’t happen this year due to the pandemic, Huber hopes to return to Washington D.C. on Memorial Day to, once again, pay his respects and honor those who were lost.

“I would touch all of the names of the guys I lost in my platoon.”