The Grand Blanc native, whose nine novels have sold well over a million copies with one (Good People) being made into a 2014 film, possesses an active imagination, to say the least.

One night in 2016, Sakey drifted off to sleep in the Chicago home he shares with his wife and young daughter, and found himself wandering around the city he has called home for 16 years, all alone.

“I wouldn’t call it a nightmare of any kind, but it was strange and haunting and in the midst of it, I realized I was dead and completely by myself in this otherworldly version of Chicago,” Sakey says.

As he awoke next to his wife of 20 years, thoughts began racing through Sakey’s mind.

“That’s when the dream became scary, because I imagined how hard it would be if I had died but could still be in the same room with my wife, but unable to interact with her in any way,” Sakey says. “That was scary to think about, but as a writer, I have often drifted to what scares me to form the basis for a story.”

So, Sakey did just that.

That dream served as the catalyst for Sakey’s latest book, Afterlife, which was released in July of last year to rave reviews and was a No. 1 bestseller on Amazon as well as the website’s Book of the Month.

Part crime thriller, part science fiction, Afterlife opens with a young boy involved in a horrific scene aboard a ship in the 16th century before cutting to present-day Chicago where readers meet FBI agents Claire McCoy and Will Brody, who are attempting to stop a terrorist from claiming more victims in the city.

Unfortunately, McCoy and Brody, who have also fallen in love, become victims themselves in separate instances and are reunited in the afterlife – a spooky, ghoulish version of Chicago with little color and devoid of most modern technology called the Echo.

It’s reserved for those who have met violent deaths, but is also filled with evil characters who attempt to make the same people victims again. 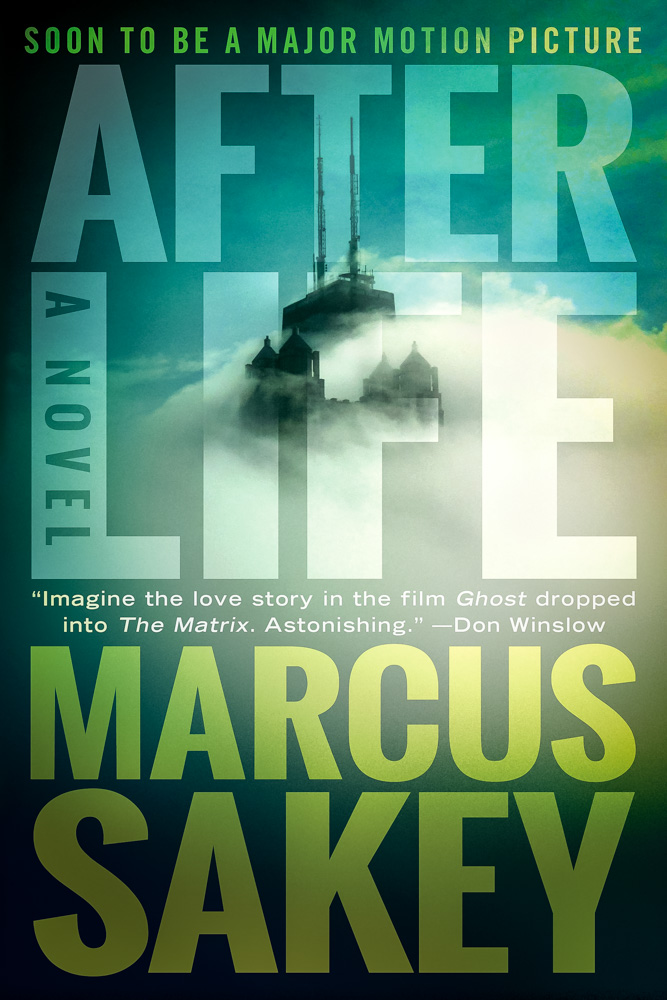 Together, McCoy and Brody fight back against these dark forces while also attempting to address larger questions like why they wound up there and what the long-term future holds.

“It’s a disturbing book born in dark times but one in which Sakey employs all his storytelling gifts to craft a noodle-bender of the first order,” a review on the popular book website, Kirkus Reviews stated. “A love story enmeshed in a twisty thriller that peels back the universe to see what lies beneath.”

“Ridiculously good … Sakey is the master of the mindful page turner,” added Gone Girl author, Gillian Flynn, in a review on Amazon’s website.

The Associated Press praised the story’s originality, stating “Sakey has crafted an original and unpredictable tale that puts a different spin on the battle between good and evil.”

All of the favorable feedback does not mean turning his dream into a 318-page thriller was easy for Sakey.

“I prefer that not be my writing process,” Sakey jokes. “Also, to say everything came to me in the dream is misleading. Stories just don’t appear like that as if to say ‘here I am, just write me up.’ It took plenty of revision before I was satisfied. I was intrigued by the notion that everybody has an idea about what might happen after death and some expect to get answers then, but what if you wind up somewhere without any answers?”

Sakey did not have to wait long for answers regarding how Hollywood would react to his latest work.

Thanks in part to the efforts of Sakey’s well-connected agent, Shane Salerno, motion picture studios were bidding for the book’s film rights four months before it was published.

“I could not be happier about having some of the very best people in the business bringing Afterlife to life,” Sakey says. “They have experience bringing complicated books to the big screen like A Beautiful Mind and (Stephen King’s) The Dark Tower. I’m confident we share the same vision for how to do that.” 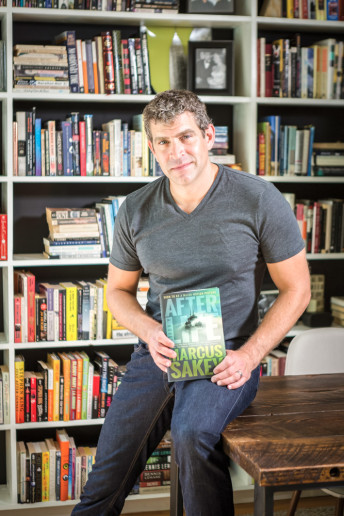 And that’s not all.

As part of the deal, the 44-year-old Sakey is writing the screenplay for one of his books for the first time.

He sought that creative control after being disappointed with the way Good People, which featured James Franco and Kate Hudson, translated to the big screen.

“It’s always nice (financially) when you can sell movie rights, but then you really have no say as far as what happens with the story,” Sakey says. “I just didn’t think Good People the film resembled the book very much in the end. This time, I wanted to be the one bringing the book to life.”

Sakey has found writing his first screenplay both satisfying and frustrating, but also recognizes the humor in that.

“I’ve found myself hating the author at times,” he says with a laugh. “Why did he have to make this so difficult? Overall, it’s been really interesting and challenging turning a 300-page book into a 110-page screenplay. It’s like an artist having a new palette of colors to work with. For example, it’s easy to convey what a character is thinking in a book, but you have to find a way to show that on film.”

Sakey has also been imagining who should be cast in the lead roles.

“For Claire, I think Emily Blunt would be perfect, but for Will I’m not quite so sure,” he says. “Maybe Ryan Gosling, (English actor) Tom Hardy or Chris Evans (Captain America).”

Whether writing screenplays or books, a typical day for Sakey consists of attending to business-related tasks in the morning followed by an afternoon of writing before evening family time.

“You have to treat writing as a job – butt in chair, fingers on the keyboard – and not wait for a muse or inspiration,” says Sakey, whose books have received 15 award nominations. “I’ve found I am most creative in the afternoon and try to write about 1,000 words a day. My family can usually tell how a book is progressing by my mood. I have probably written more than a million words, but my two favorite ones are ‘the end.’”

Sakey’s family lived in Grand Blanc until he was in third grade when they moved to Oakland County due to his father’s job transfer. He attended the University of Michigan after graduating from Bloomfield Hills Andover High School in 1992 with a double major in communication and political science.

Still clinging to his dream, Sakey began nearly a decade of working in television and advertising, including a stint with Atlanta-based Turner Broadcasting Service working on animation and special effects.

Sakey and his wife eventually settled in Chicago in 2002 where he continued working in advertising.

“I had become so frustrated with that business that I wanted to set the building on fire,” he recalls. “My wife, however, felt a better plan would be to resign and finally start writing my first novel. I talked to my boss the next day.” 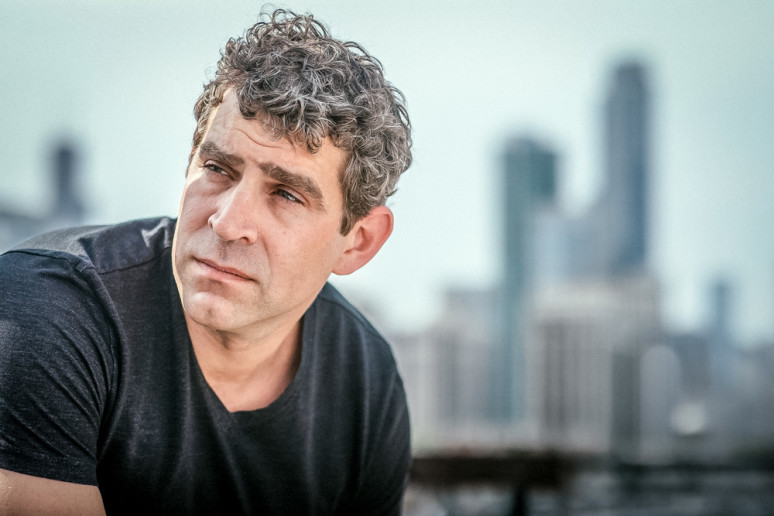 Sakey’s timing was uncanny. Turns out, his boss was actually planning to meet with him.

“He told me the company was downsizing and he was letting me go,” he says. “Not what I expected, but that proved the time was right for me to do what I had been dreaming about.”

Within two years, Sakey finished The Blade Itself, a crime thriller set in Chicago about a botched pawn shop robbery by two childhood friends. One goes to prison while the other does not and turns his life around. Tension mounts when his friend is released from prison and is out for revenge.

After encountering several rejections, Sakey found an agent willing to work him, who helped Sakey sell The Blade Itself at auction to a publisher (Dutton, a division of Penguin Random House) for six figures.

“I remember screaming and hopping around like an idiot when I finally finished my first book and then was able to actually become a full-time novelist with the success of the book,” Sakey recalls.

Seeking more control of his work, Sakey later bought out his contract and signed with Thomas & Mercer, a crime and mystery publisher owned by Amazon.com.

Brilliance, Sakey’s first book with Thomas & Mercer, was published in 2013.

The story, set in a world in which one percent of children are born with extraordinary abilities, including the main character, a federal agent, was sold to Legendary Pictures. A screenplay was written and Will Smith signed to play the lead role, but the project fell apart four weeks from the start of shooting due to a change in leadership at Legendary. 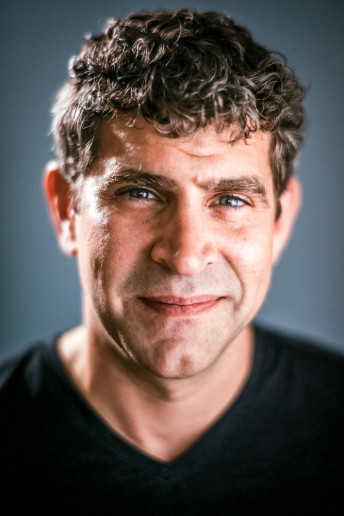 “That was a bourbon night,” Sakey says.

The news was not all bad, however. The rights reverted back to Sakey and he wrote the sequels A Better World (2014) and Written in Fire (2016). All three books appeared on Amazon’s Top 100 Kindle sales list at the same time in February of 2016, a rare feat.

Sakey plans to begin his next novel after finishing the Afterlife screenplay.

It’s probably safe to say that Sakey’s loyal readers can hardly wait to see what ideas his imaginative mind produces next.

“You have to treat writing as a job – butt in chair, fingers on the keyboard – and not wait for a muse or inspiration.”