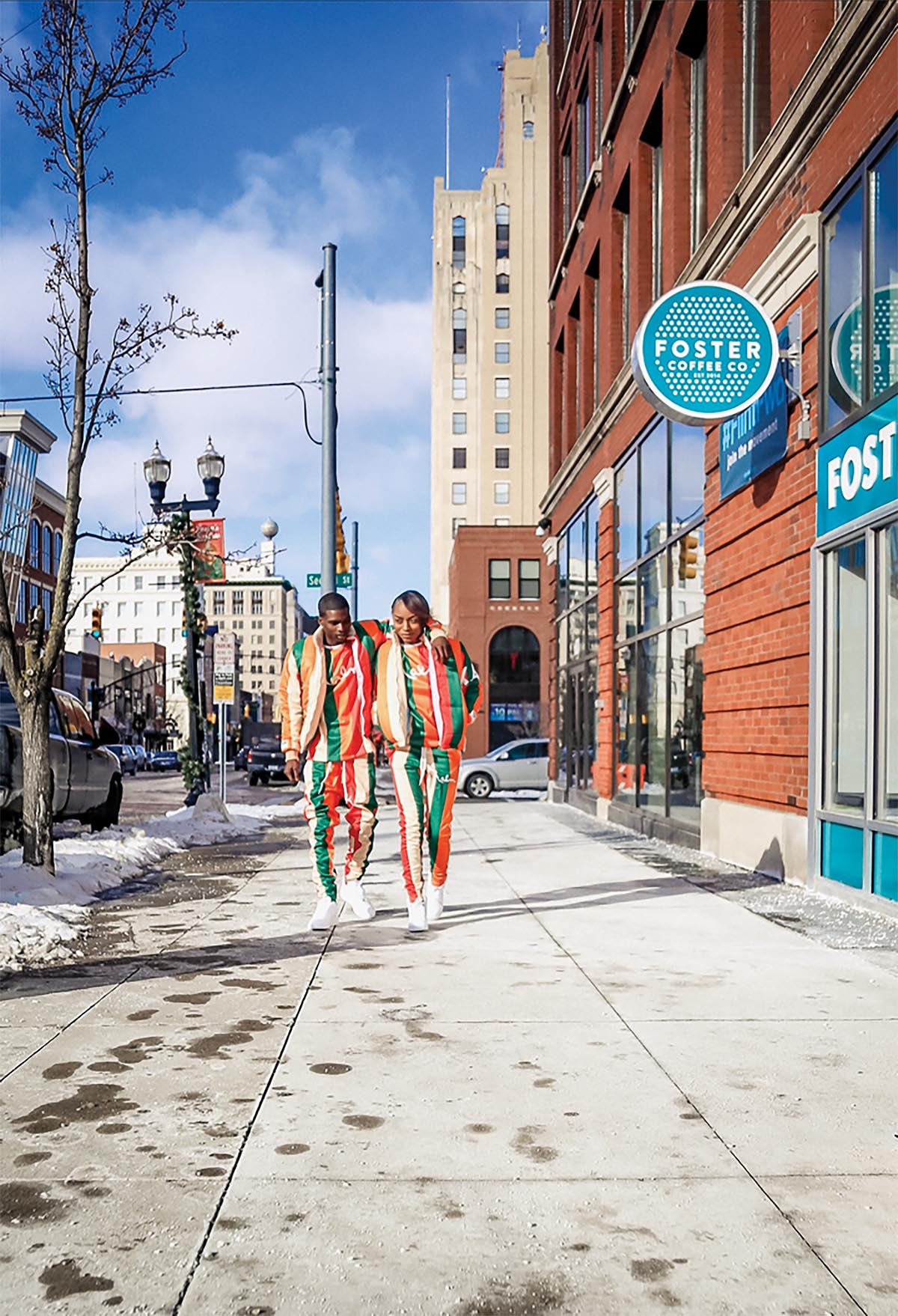 “It All Starts With A Drawing.”

For one local girl, life has taken an entirely different direction than what she planned. Born and raised in Flint, Kiara Tyler attended Notre Dame College in Cleveland, OH with a major in political science and minor in criminal justice. After getting her diploma in 2014, she came home to Flint and pursued fashion design, instead. And boy, has that decision payed off for this young entrepreneur! Starting out small, selling her apparel line out of her apartment and the trunk of her car, Tyler is now owner of Kalm Clothing – a very popular, modern, unisex streetwear brand that was showcased in New York City at New York Fashion Week in February. This is her story.

“After college, I started custom-making large boxes for storing shoes,” she shares. The boxes were built of painted plywood and decorated with stickers to make them look like any number of different shoe brands. In a stroke of luck, Tyler was contacted by Deion Sanders (son of NFL player, Deion Sanders, Sr.) who wanted to promote and invest in her shoe boxes. In a three-way conversation about the investment with Deions Jr. and Sr., the elder Sanders told Tyler that her idea wouldn’t work, and that she should look for something else to do. “Deion gave me business ideas, such as considering luxury carry-on bags specifically for shoes, and said he knew it would be a big hit.”

So, Tyler never made another shoe box, and started looking into creating luxury shoe bags. While doing that, she met a manufacturer who told her she needed to pursue making custom jackets, instead. “It’s at this point when I learned what it took to manufacture a garment, and decided I wanted to start a clothing line,” she remembers. She designed a jacket and during a two-year period, met with 25 different manufacturers.

She released her first item, a puffer coat, in October 2016. “It didn’t sell well,” she remembers. So, during the first year, Tyler kept putting out different things until the sixth garment she created started selling well. She had a half-off sale and sold everything. “At that point, the business got going and the demand for my clothing was high.” 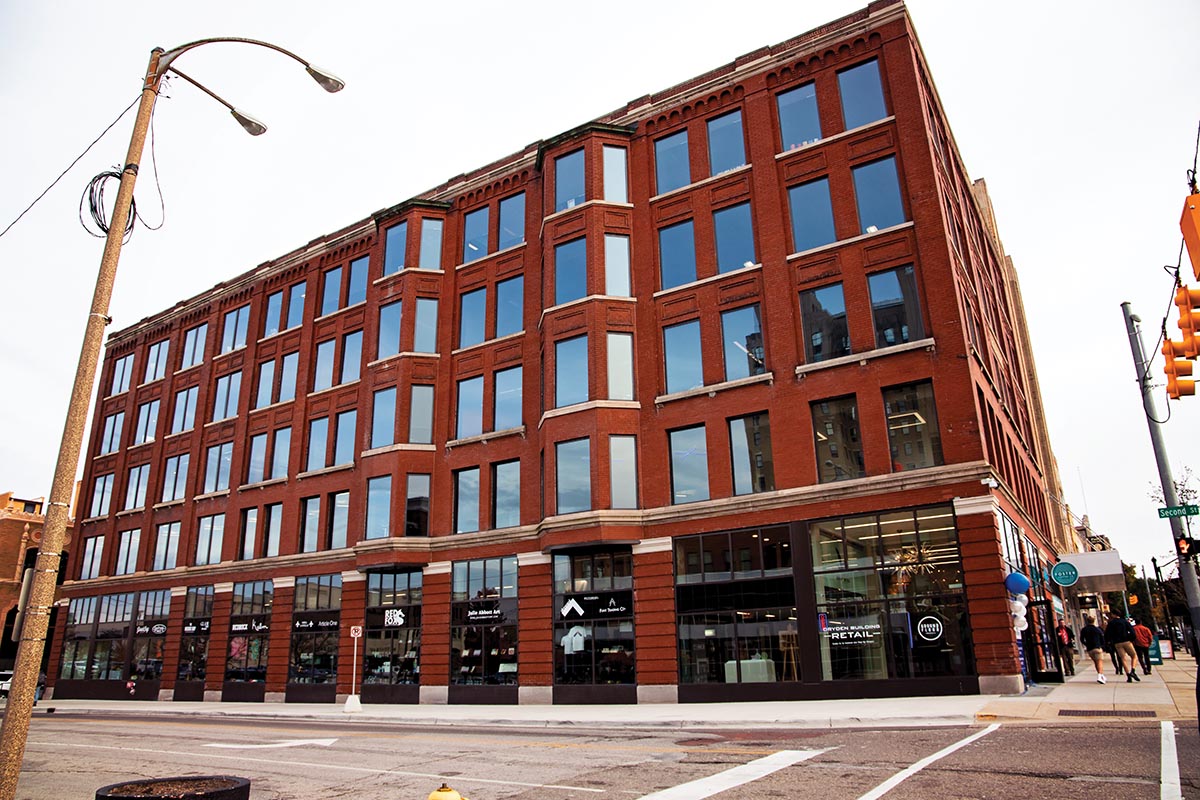 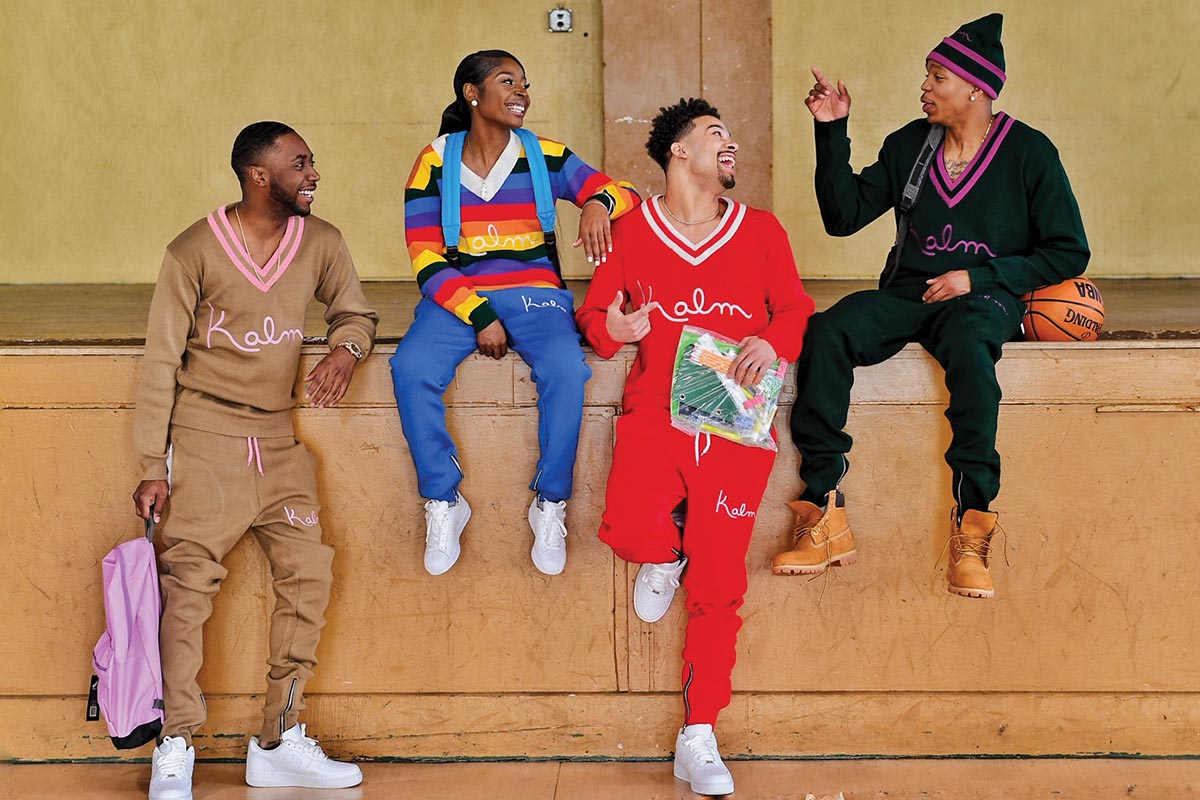 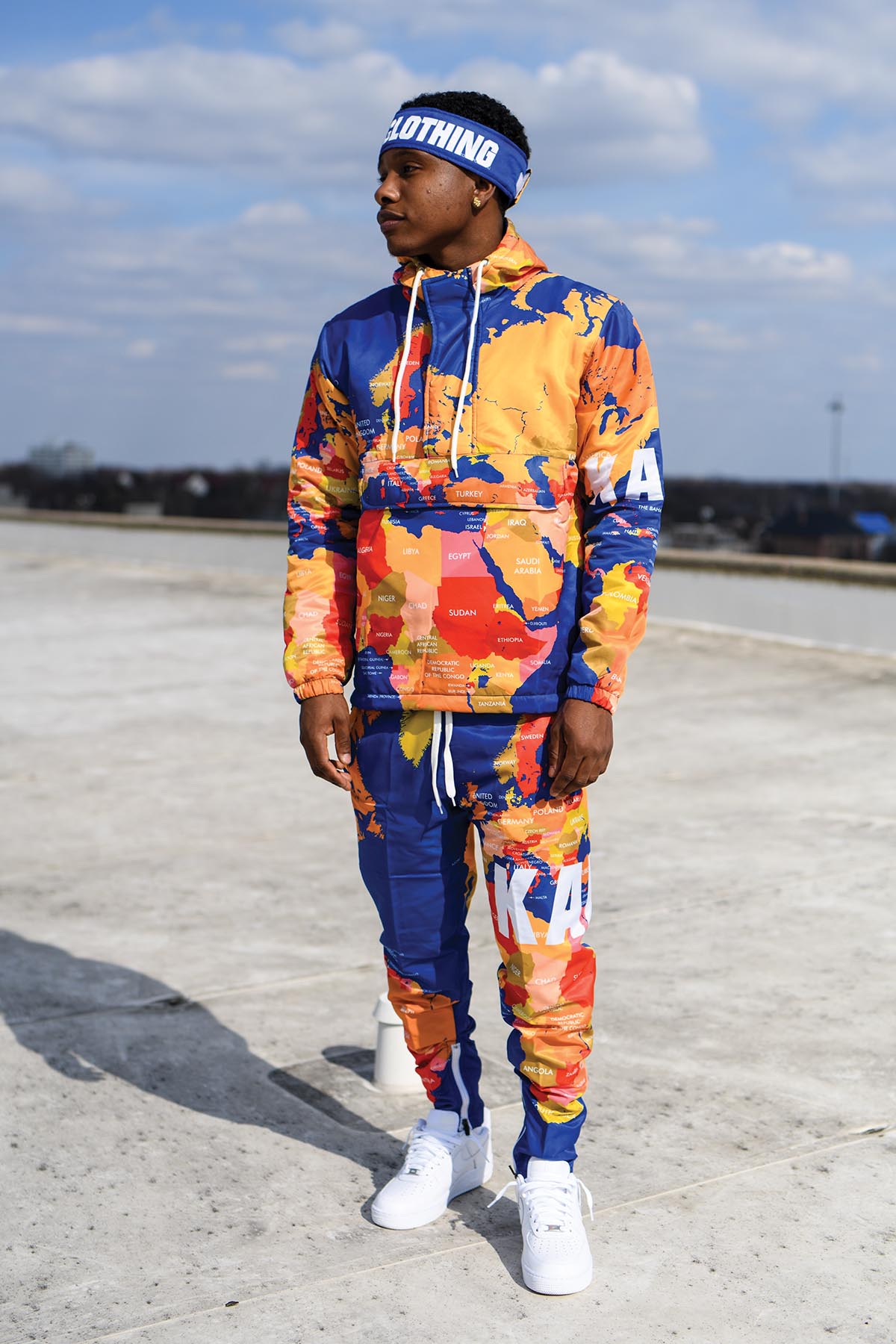 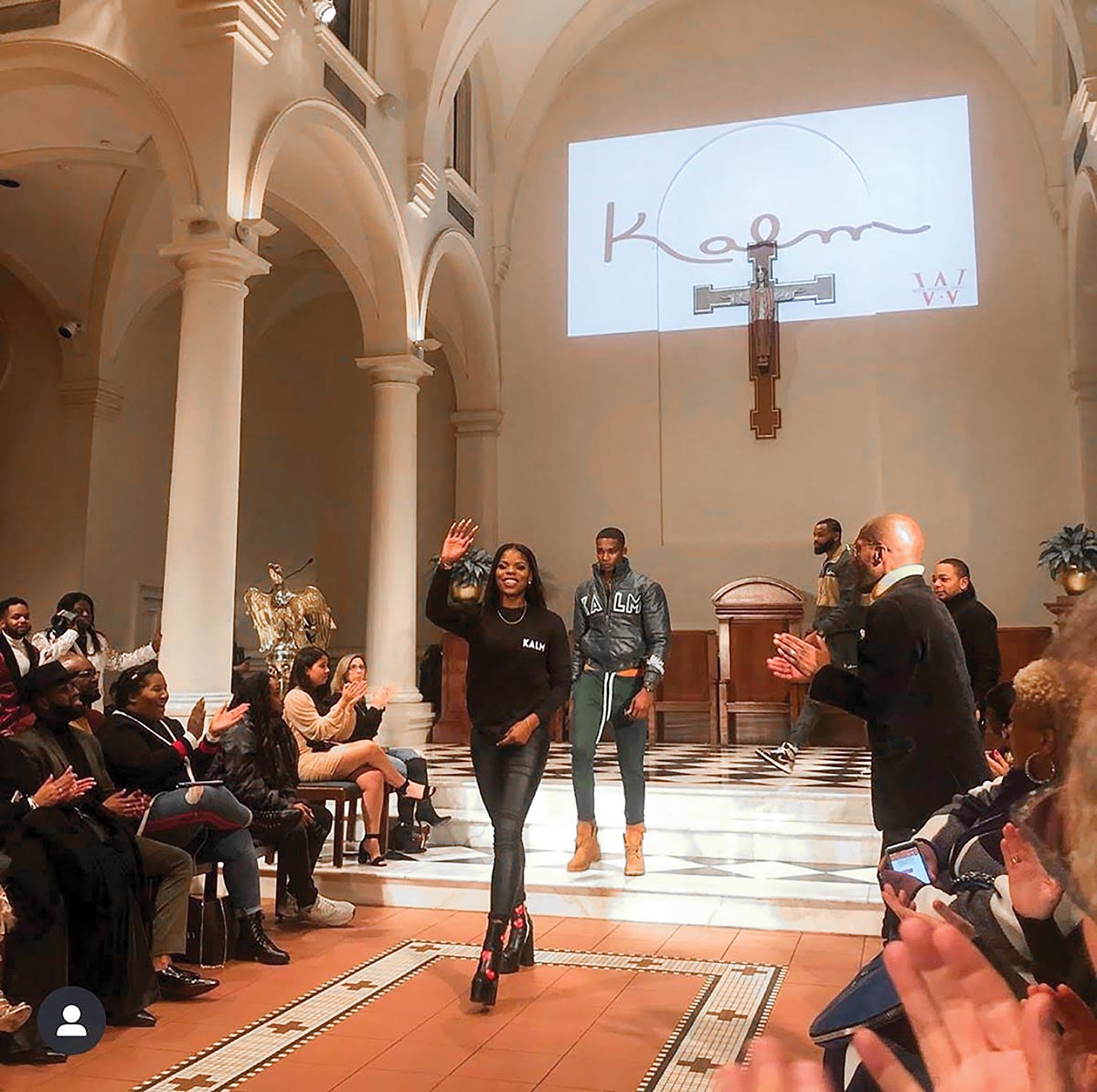 During the first year, she sold clothing at her apartment and from the trunk of her car. “I made $100,000 the first year!” she exclaims. This is when she reached out to the folks at Ferris Wheel (a Flint organization that helps startups). “They saw what I was doing and wanted to get involved,” she says. “They wanted to help structure me as an actual business, offered me workspace and gave me much-needed mentorship.”

In April 2017, Tyler moved Kalm Clothing to the Ferris Wheel, which allowed her to receive funding from 100k Ventures. She describes the Kalm Clothing brand as “premium streetwear for ages 12-45.”

This year, Tyler was asked to participate in Fashion Week in New York City. She had to choose ten models from 700 to model her designs. “It was very hard to do,” she remembers. “It was the craziest show I’ve ever done, but it was worth it. It helps designers get new eyes looking at their brand.”

Tyler never dreamed of the success that has come her way. “I feel like entrepreneurship is what I was always supposed to do,” she says. “I’ve ended up doing what I’m meant to do. To go from selling clothes out of a living room to Fashion Week is amazing! It all starts with a drawing.”

Advice for new entrepreneurs? “You just have to start,” Tyler shares. “Don’t worry about having everything buttoned up.” And what does the future hold for Kalm Clothing? “I’m not interested in shooting up too fast. I just want to keep steadily moving forward.”