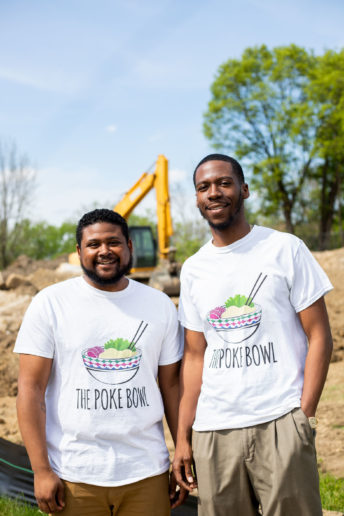 There’s something new coming to the University Corridor in Flint. A ground-breaking ceremony took place in April for a live/work development at 1214 University Avenue, which was initiated by Genesee County Habitat for Humanity (GCHFH) with the assistance of Kettering University, in partnership with Flint SOUP. Partial funding came from the city of Flint HUD Home funding and other grants. According to Margaret Kato, the Executive Director of GCHFH, the building will house two business spaces on the first floor and living spaces on the second floor. “The purpose of these developments is to provide entrepreneurial opportunities and affordable living for low-to-moderate income individuals,” she explains.

In addition, Republic Services Charitable Foundation granted funding to Genesee County Habitat for Humanity to improve the adjacent green space which will be called Frost Commons. GCHFH will work in partnership with the local Republic service team, Kettering University, Genesee County Land Bank, the City of Flint and other local stakeholders to transform the space into a place for community gatherings. GCHFH also partnered with the University Avenue Corridor Coalition and shares its vision as to what the corridor will look like.

According to Kato, the property where the live/work development is located was donated to GCHFH a few years ago. Kettering University donated the lots behind the property for the green space. “We were so excited to get these donations,” Kato says. “Working with Kettering, we knew it would be a good fit.” She says it is also exciting to be a part of the economic development that is taking place in Flint and about working on more than individual homes. “We hope to see this expand throughout the entire county.” 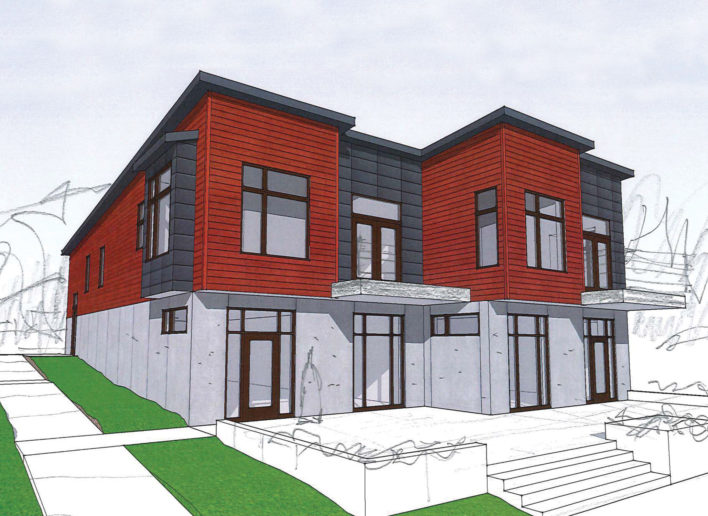 The new building at 1214 university ave. will be both residential and business space.

The development is expected to be completed by the end of the year, with the businesses opening next spring. The Poke Bowl is the first business to open at that location and is already catering and serving food at pop-up locations (check out their Facebook page for the locations of the pop-ups throughout the summer.) The business is owned by two Flint natives, brothers Jeron Dotson and Justin Bush, who are excited to bring something new and delicious to the Flint area. Poke (pronounced POH-kay) is a traditional Hawaiian dish, which Justin describes as “sushi in a bowl, not a roll.”

The brothers learned about poke when they were working in California. “We wanted some seafood,” Justin shares. They had been in California for three days and were staying right next to the ocean. Justin Googled good seafood in the area and they found a restaurant right off the beach that serves poke bowls. “We ate it and really liked it, and Jeron said to me, ‘we should bring this to Flint.’” Having attended cooking school at Mott, Justin was very excited about the idea. “I have been cooking since I was eight years old and I’ve worked in several different kitchens and at a hospital.”

They’ve brought their business to the University Corridor thanks to a grant offered by Flint SOUP, where they won a Pitch Competition in 2017. They also won a Flint Shark Tank competition and UM-Flint business competition. After completing intensive business training, they were given the opportunity by GCHFH to open their restaurant on University Avenue. 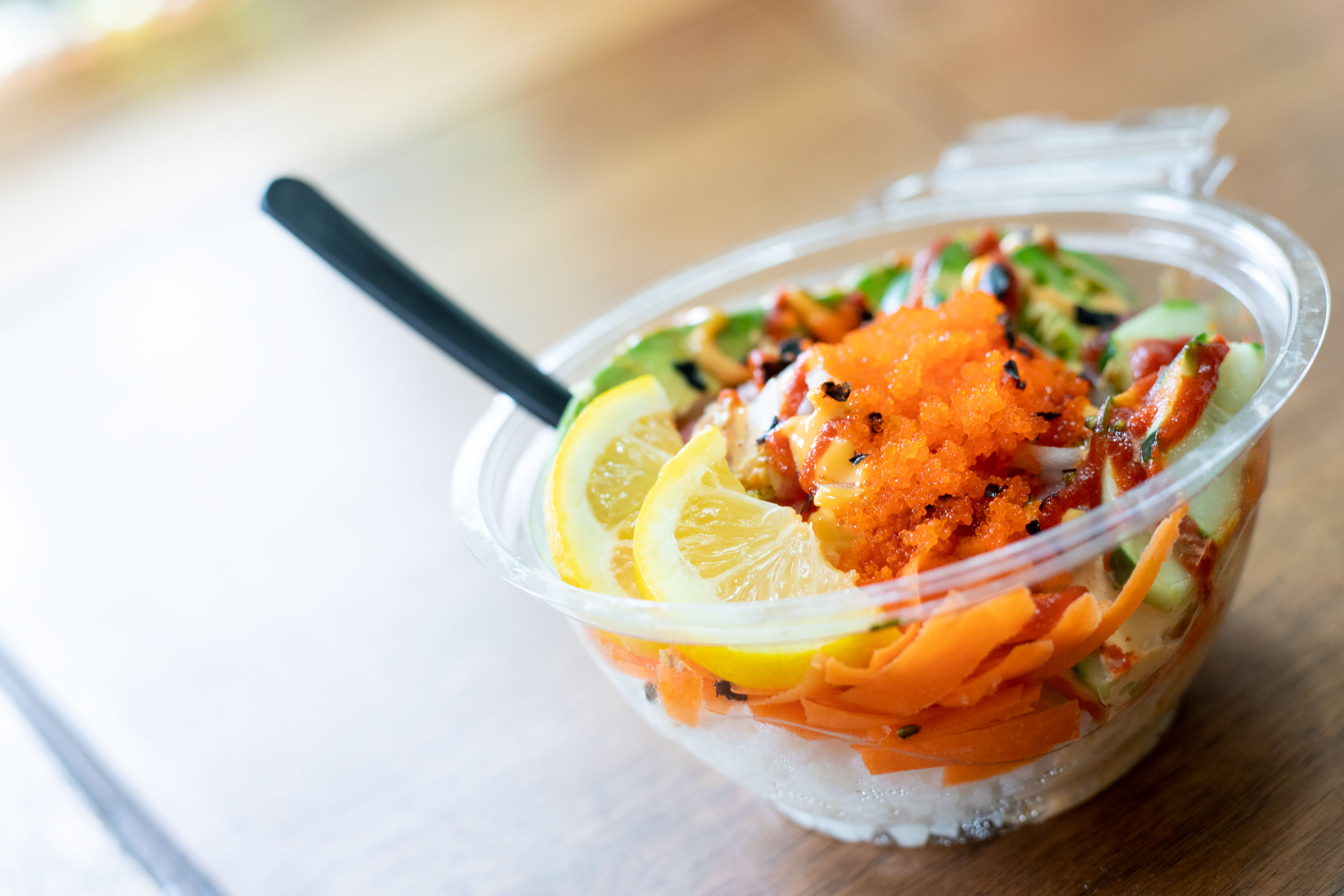 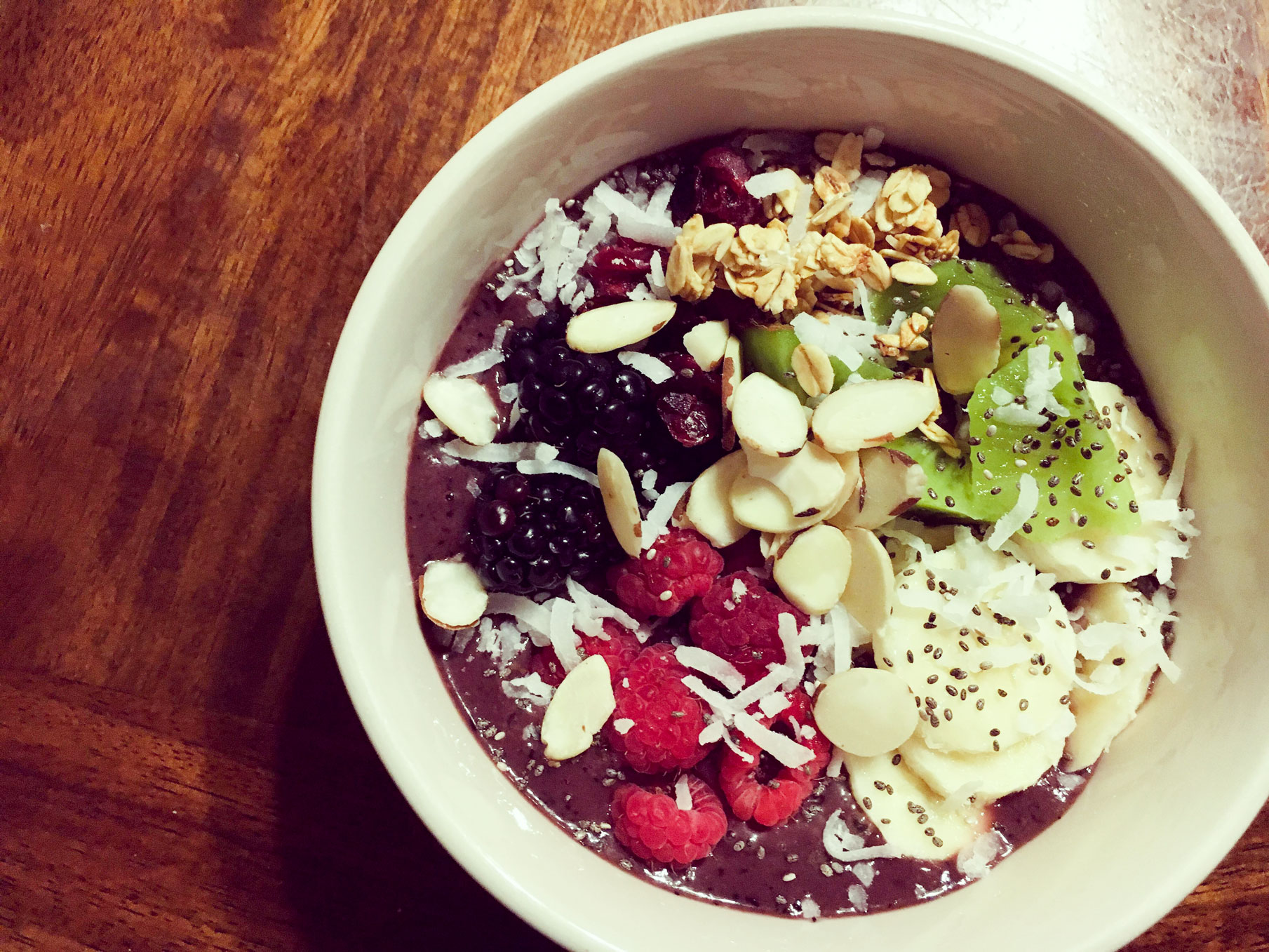 The Poke Bowl menu includes a variety of fresh veggies, proteins and fruits.

Items on The Poke Bowl menu start with a bed of white or brown rice that is topped with a fresh protein – Ahi tuna, salmon, shrimp or chicken. Your choice of veggies and other toppings are then added. They also offer Açaí Bowls which are made with a bed of antioxidant-rich açaí fruit, granola and your choice of kiwi, raspberries, blueberries, bananas and an assortment of other toppings like almonds and coconut shavings. “Basically, it’s a smoothie in a bowl,” says Justin. The owners are both excited to have their food included in Kettering’s meal plan.

According to Kato, GCHFH is currently looking for a small retail business to fill the other business spot in the live/work development. Justin will reside in the space above The Poke Bowl when the project is complete.

If you are looking for a taste of delicious poke, you can visit The Poke Bowl’s Facebook page and Instagram for info: The Poke Bowl Flint.

About Genesee County Habitat for Humanity

Millard and Linda Fuller founded Habitat for Humanity International in 1976 with the vision of eliminating poor housing conditions and homelessness from the world. Throughout the last 40 years, Habitat for Humanity International has maintained its vision of a world in which everyone has a decent place to live, incorporating both housing and community/neighborhood development in its mission of building homes, communities and hope.

Since its founding, GCHFH has built, rehabilitated or repaired more than 450 homes throughout Genesee County. In 2015, GCHFH was named an Affiliate of Distinction, placing the organization in the top 1% of Habitat for Humanity affiliates nationally for its high standards in excellence, leadership and innovation. In 2017, GCHFH received this distinction again covering the 2017-2019 period.

Photography by Kayce McClure
and Photo Provided by Poke Bowl