The raw talents of young artists are indisputable. What many young people tend to run into is having no outlet for refining those talents. The Flint Youth Media Project, led by Donna Ullrich of the UM-Flint Communications and Visual Arts Department, has recently provided a method for young people to turn their instincts into learned skills. 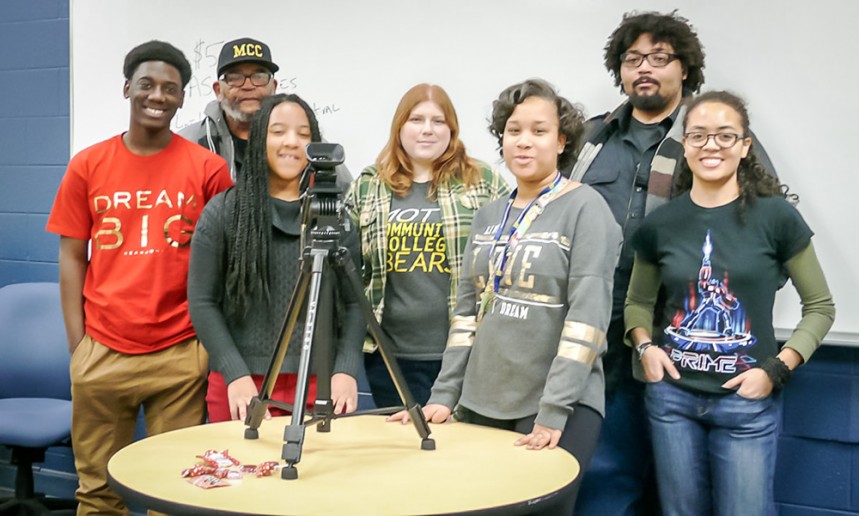 The project, which includes The Archway blog, is for young artists to receive support in developing skills such as literacy, confidence building, critical thinking and problem solving, as well as establishing a network with area media professionals and educators.

In addition to the blog, the project is affiliated with the Flint & Genesee Literacy Network. Their goal is to reach middle and high school students with literacy and, surprisingly, STEM skills.

“As they are working through film in particular, they have to use physics, math and science for focus, lighting, and sound dimension,” Ullrich explains.

Through something that young people love – making media – they can learn literacy skills as they develop their scripts and proofread each other’s work, and as they problem solve, they just keep doing it. The more they work to produce the work, the more they improve; details like, how to make the sound better, or how to light something to create a better effect. With learning and executing these skills come the confidence building, the social skills, and the problem solving skills. The project is an alternative program for young people who feel that they may not fit in anywhere else.

“Our long-term hope is that as we put these programs in place, we’ll ultimately be an after-school program offered year-round for young people who don’t have other extracurricular activities,” Ullrich says. “This is a place for them to go and do the kind of work they want to do.” 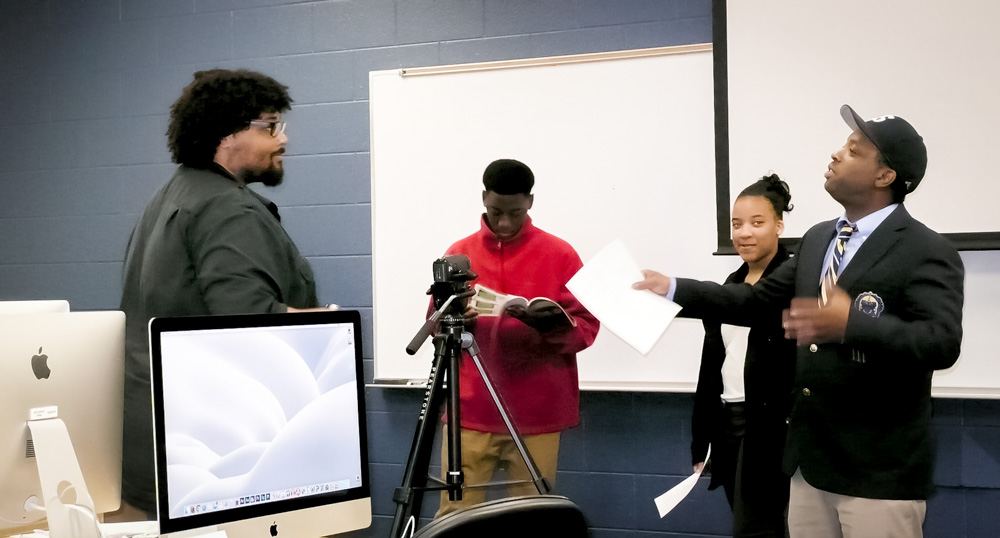 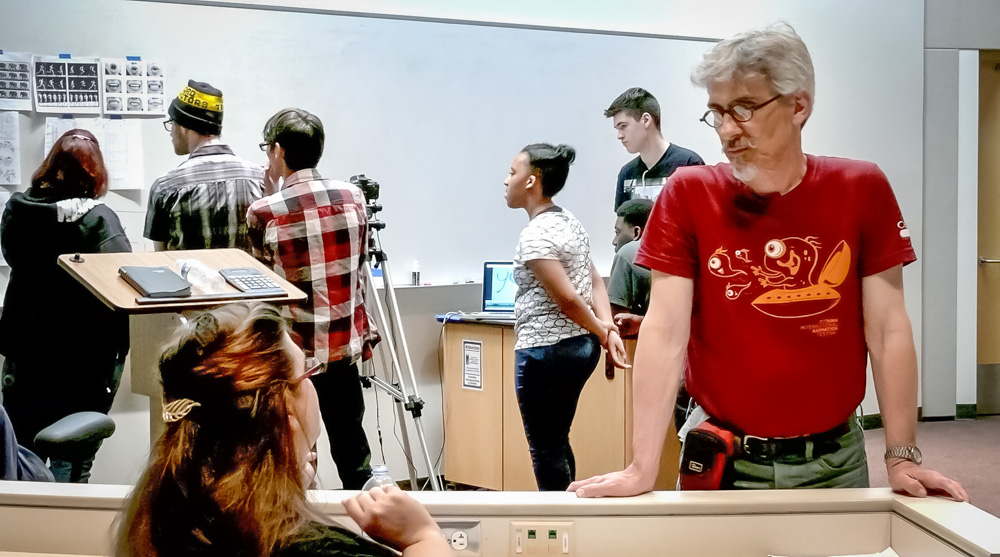 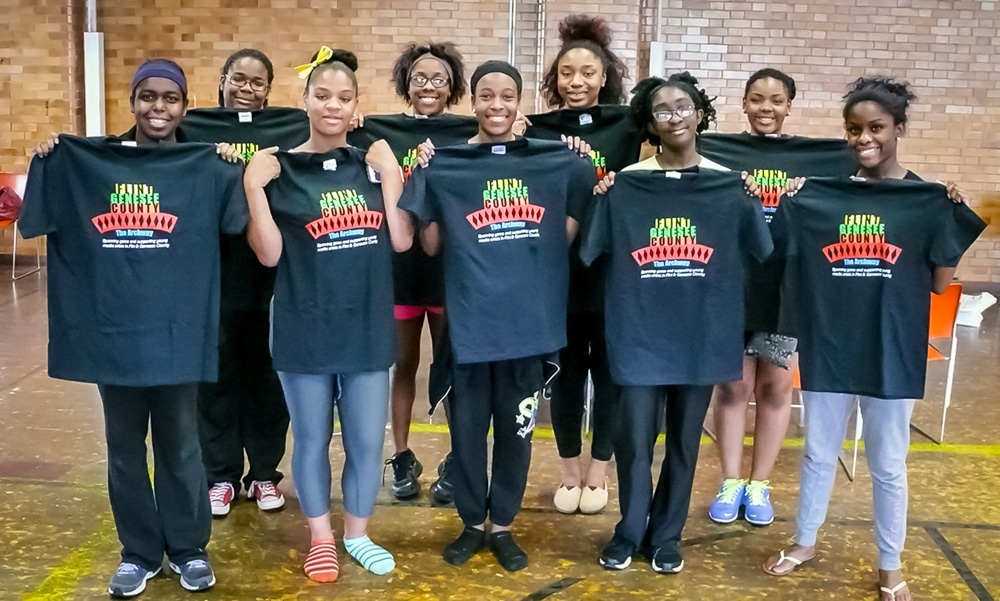 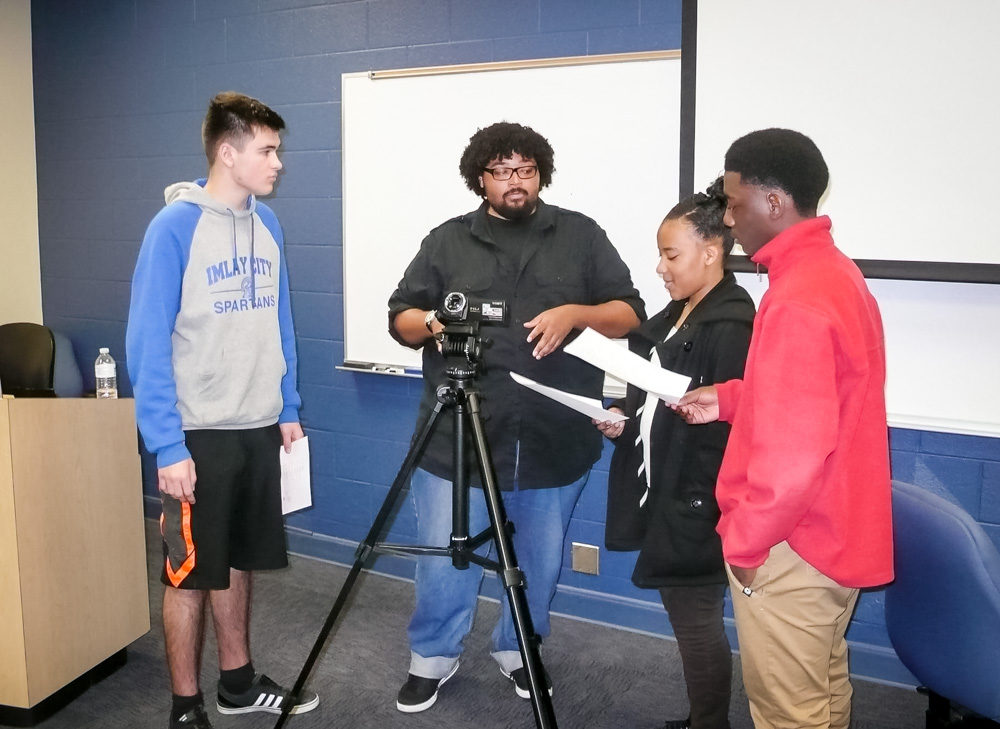 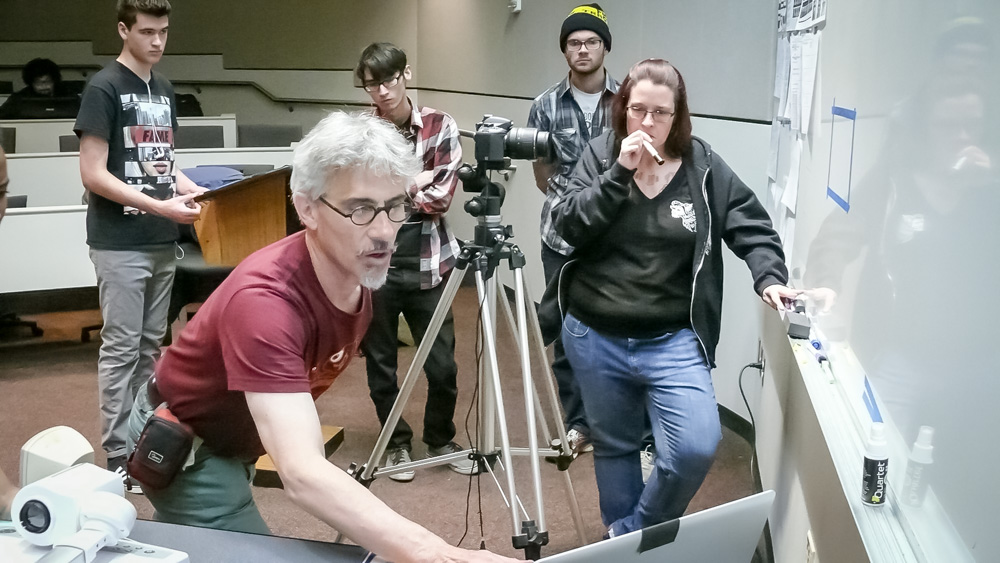 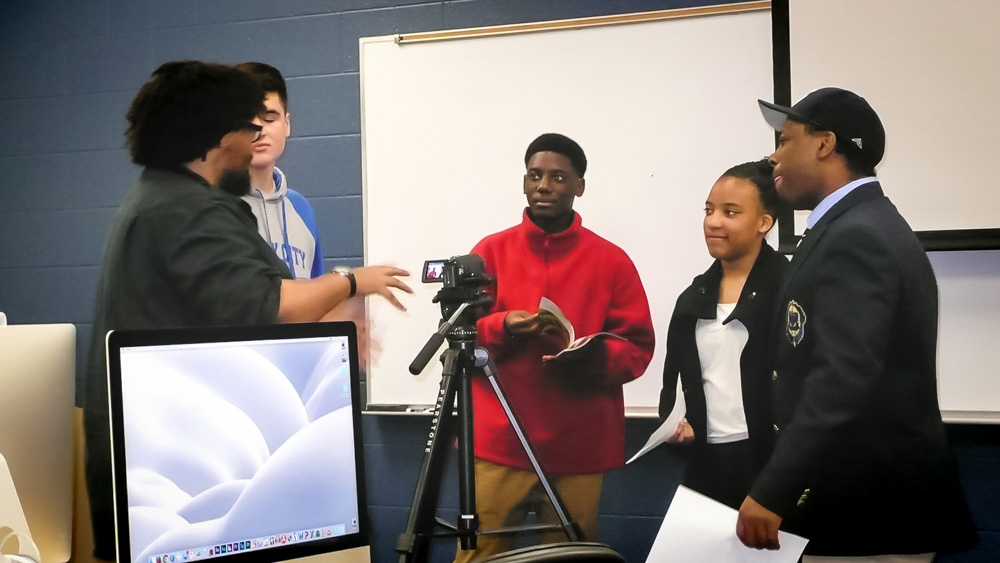 Ullrich hopes that by 2018, they will be able to hold summer media camps where young people are reporting the news and looking throughout the community for news stories on a variety of topics.

Before this program began, The Archway blog was established in 2014 by UM-Flint and the Digital Innovators Group. Funded by the Community Foundation of Greater Flint, it is an electronic, public showcase for artists of all ages in Genesee County to receive feedback and guidance on their work. It is receptive to all genres, and the blog also provides a calendar of youth-oriented arts events, and the ability for an artist to e-mail a local expert, if he or she has problems with or questions about their projects.

New this year is the Flint Youth Film Festival, a red carpet-style event for artists aged 13 to 25 held at the Flint Institute of Arts on July 26. Flint Youth Media Project conceived the idea in 2015, and with funding from UM-Flint and the Ruth Mott Foundation, they were able to attract 21 film entries for this inaugural year.

Judges for the festival will consider each film’s overall quality, originality, point of view, emotional impact, technical proficiency, and successful risk-taking. Luckily, along with professionals, the participants can also collaborate with their peers.

“For the participants, it’s about trying and learning; you don’t learn if you don’t get out there and try it and work to improve your art,” Ullrich adds. As a few college students have expressed interest, Ullrich plans to have the older students mentor the younger ones – maybe in a summer camp setting.

“Kids are fearless today about being in front of a camera,” Ullrich shares. “And selfies are ubiquitous. This means that they can take it farther than those of us who still have to figure technology out and process it in a different way.”

It is common to view technology as a negative thing; but with it, these young artists have endless possibilities and chances to innovate.

“We’re seeing kids be really creative,” Ullrich says. “Some might say it’s the wrong approach to doing something, but it’s just a new approach. That’s what kids are doing; they’re inventing ways to do things with the new technology. They are not limited if they don’t have a movie camera or other equipment. We’re saying that all you need is what you’ve got.”

This common trend is evident with many independent films – made entirely with iPhone applications that have the 24 frames per second, along with a free program to help with the editing. Popular indie films made entirely with iPhones, like Tangerine and Uneasy Lies the Mind, the latter being the first place winner of the iPhone Film Festival, are successful examples of what can be created with everyday devices.

The festival has fiction and non-fiction categories, including documentaries that tackle issues in the community. “Young people see things differently,” Ullrich says. “Storytelling from a young person’s point of view can reach more people. A young person’s communication can go farther because of friends, family, classmates.”

For the winners, in addition to a cash prize for first place, there will be an exhibition in the FIA Video Gallery during the month of August to display the student productions.

“A lot of media kids sit at their computers at home making films and they don’t share or collaborate with anybody,” says Ullrich. “This project’s goal is to bring young people together around projects so they can learn to take suggestions from other people in order to collectively improve. What we’re hoping is that out of high school, they’ve got some level of self-confidence, improved communication skills, and they’re prepared for careers or college in a way they might not have been had they not done this work.”