Since 1970, The Flushing A has been the go-to place for hot dogs and refreshing root beer floats. Formerly an A&W franchise, the name was changed to Flushing A in 2000 when the franchise was given up, and now the unique drive-in/dine-in restaurant is a local landmark.

The story of Flushing A begins with owners Larry and Chris Melancon, who opened an A&W Drive-in on Clio Road in 1965. Larry later purchased property on Cherry Street in Flushing and built another A&W Drive-in, adding a dining room in the early 70s. “I know the good Lord led us to this spot,” says Larry, now retired. When he opened the A&W, Chris remembers telling her husband not to expect her to be there to help. But not many days passed before Larry called her on the phone to say, “I need you!” The couple worked the night shift together for many years until one day, their son Scott said to Larry, “I think there are too many bosses here.” Now the owner, Scott oversees daily operations at the popular eatery. 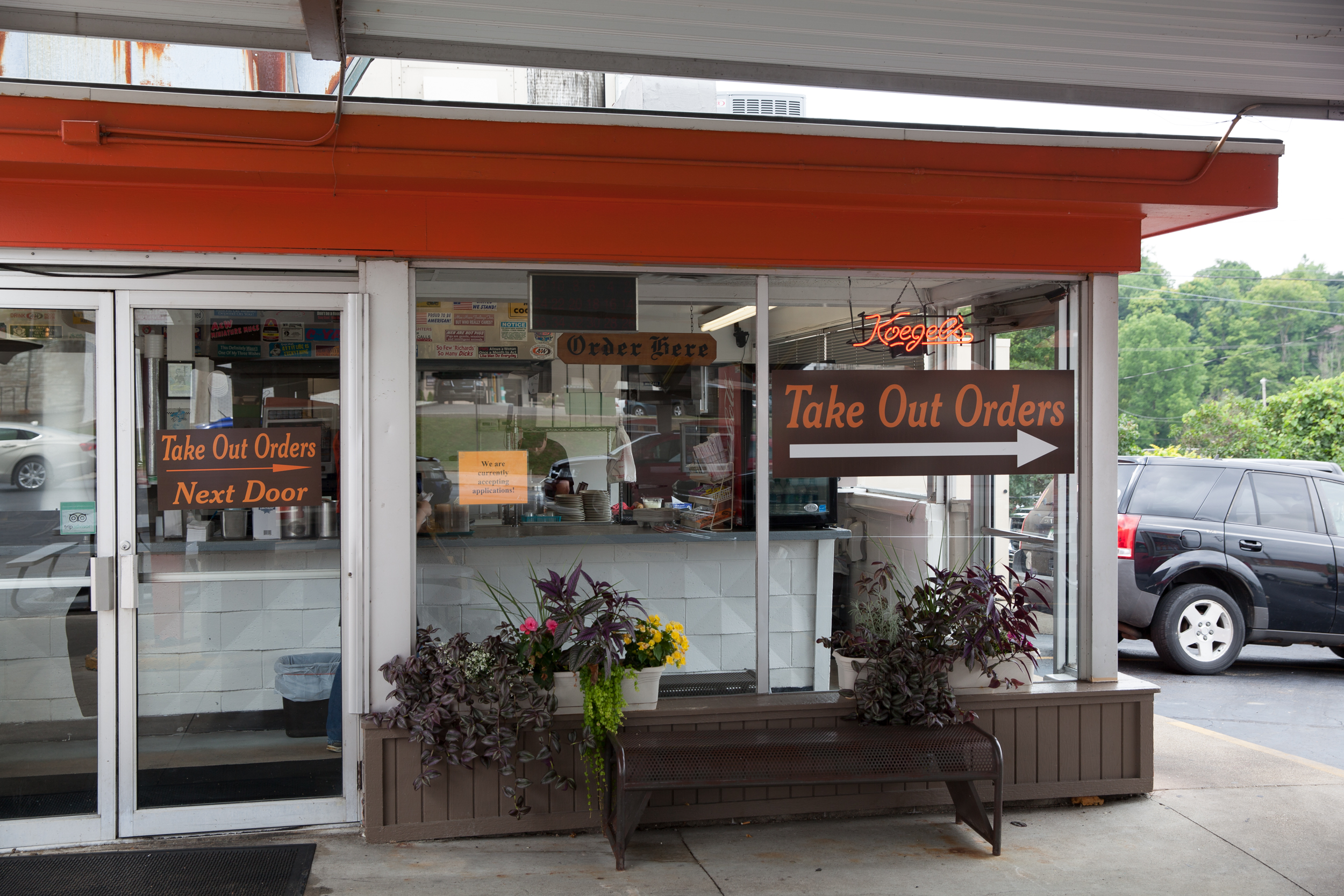 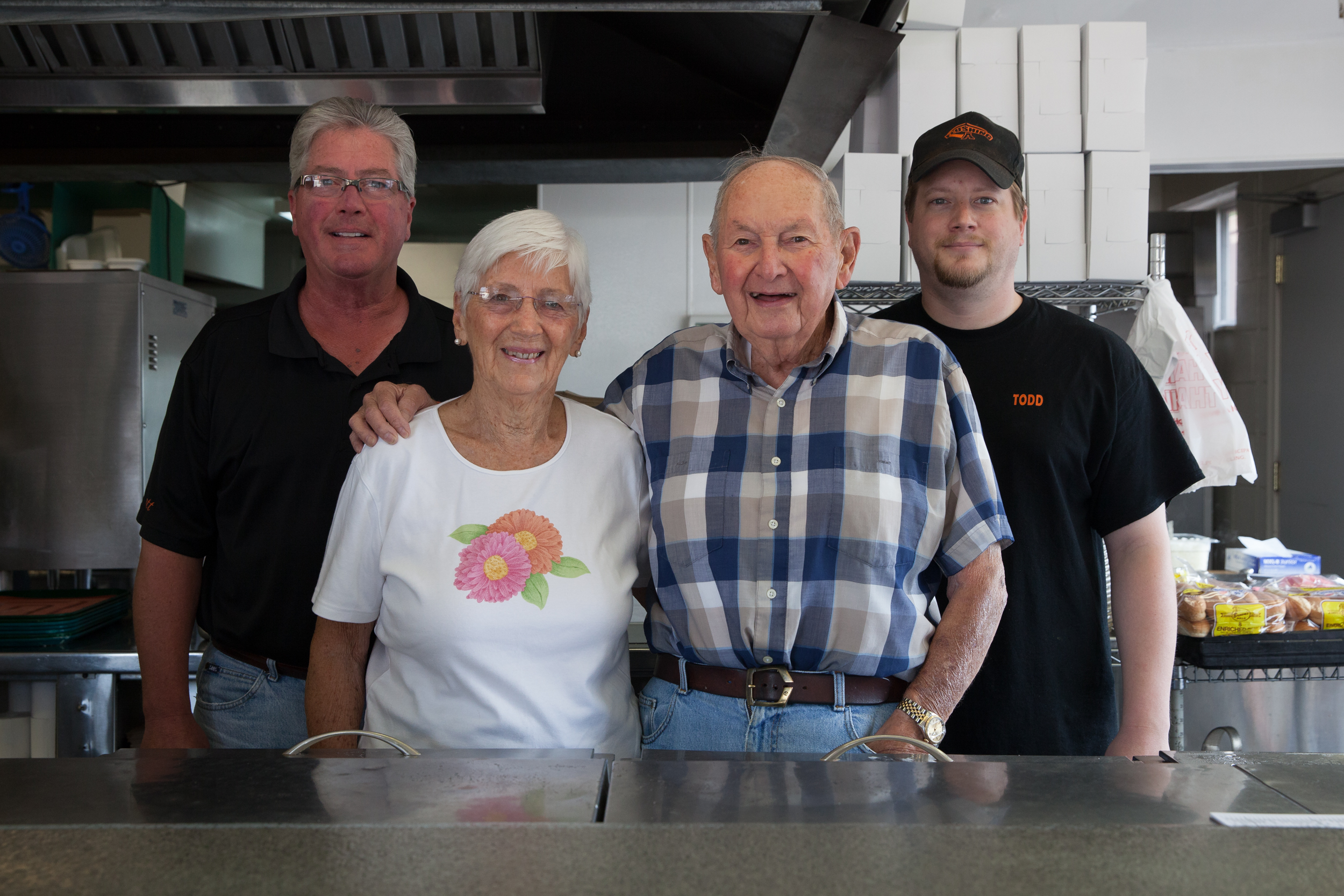 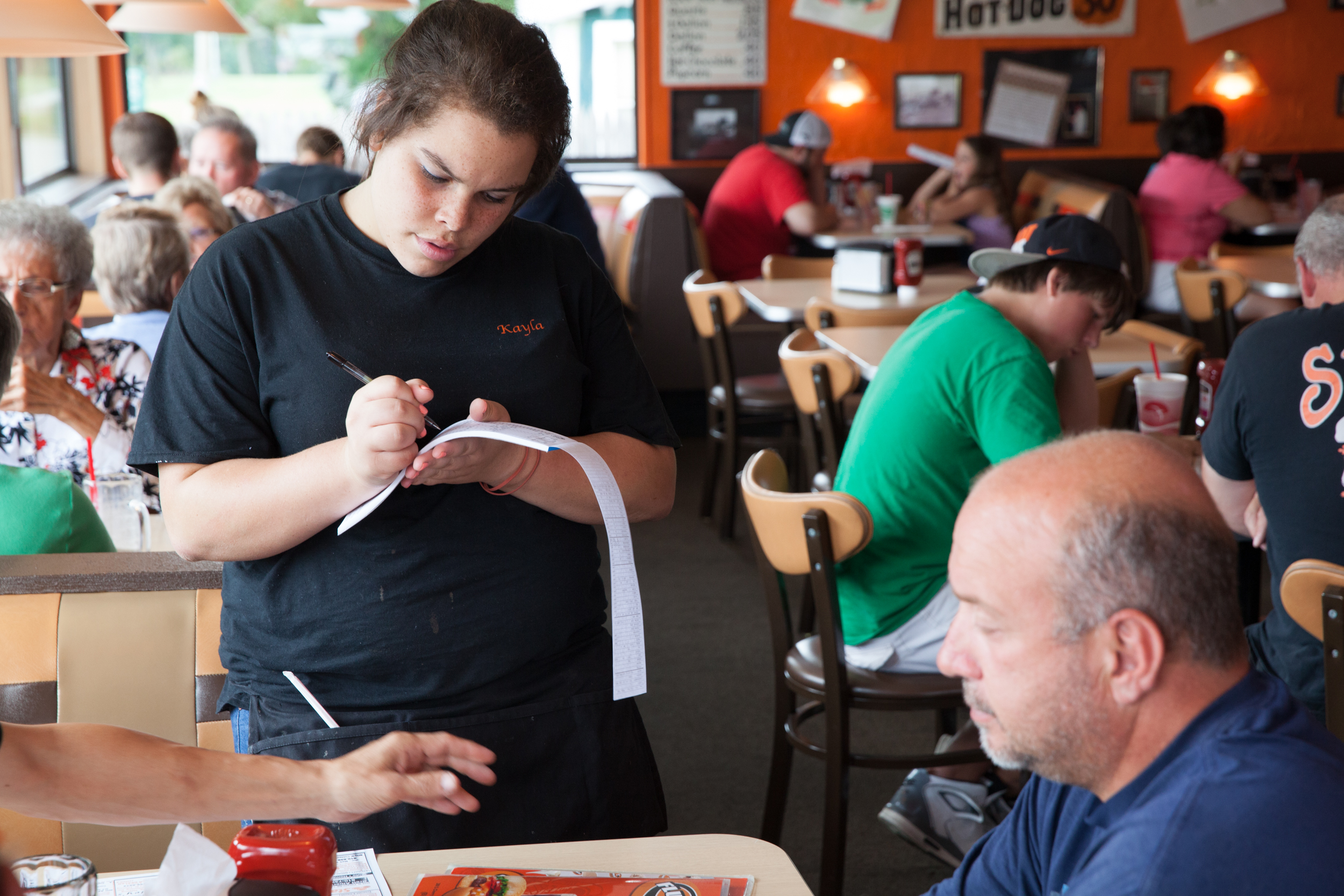 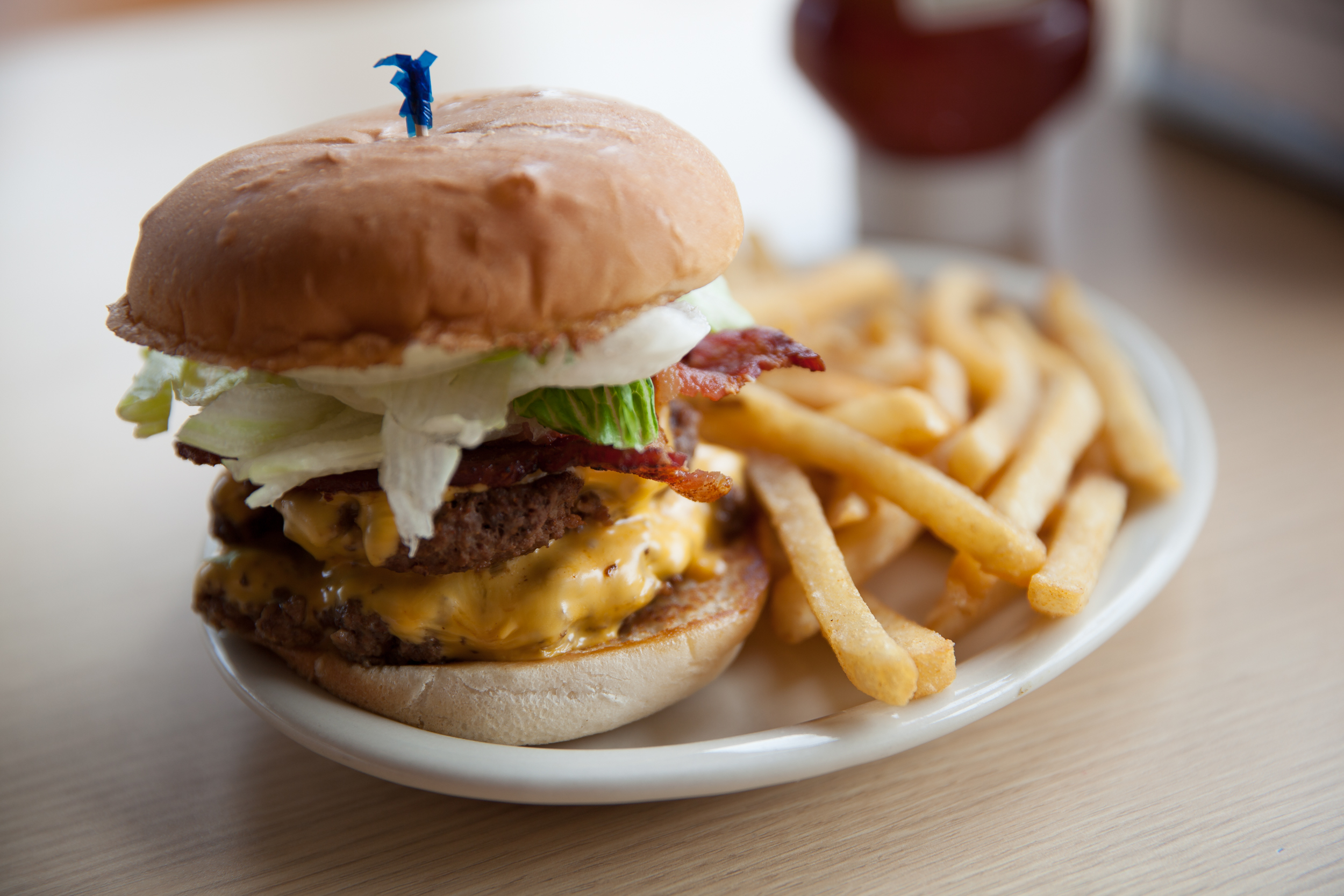 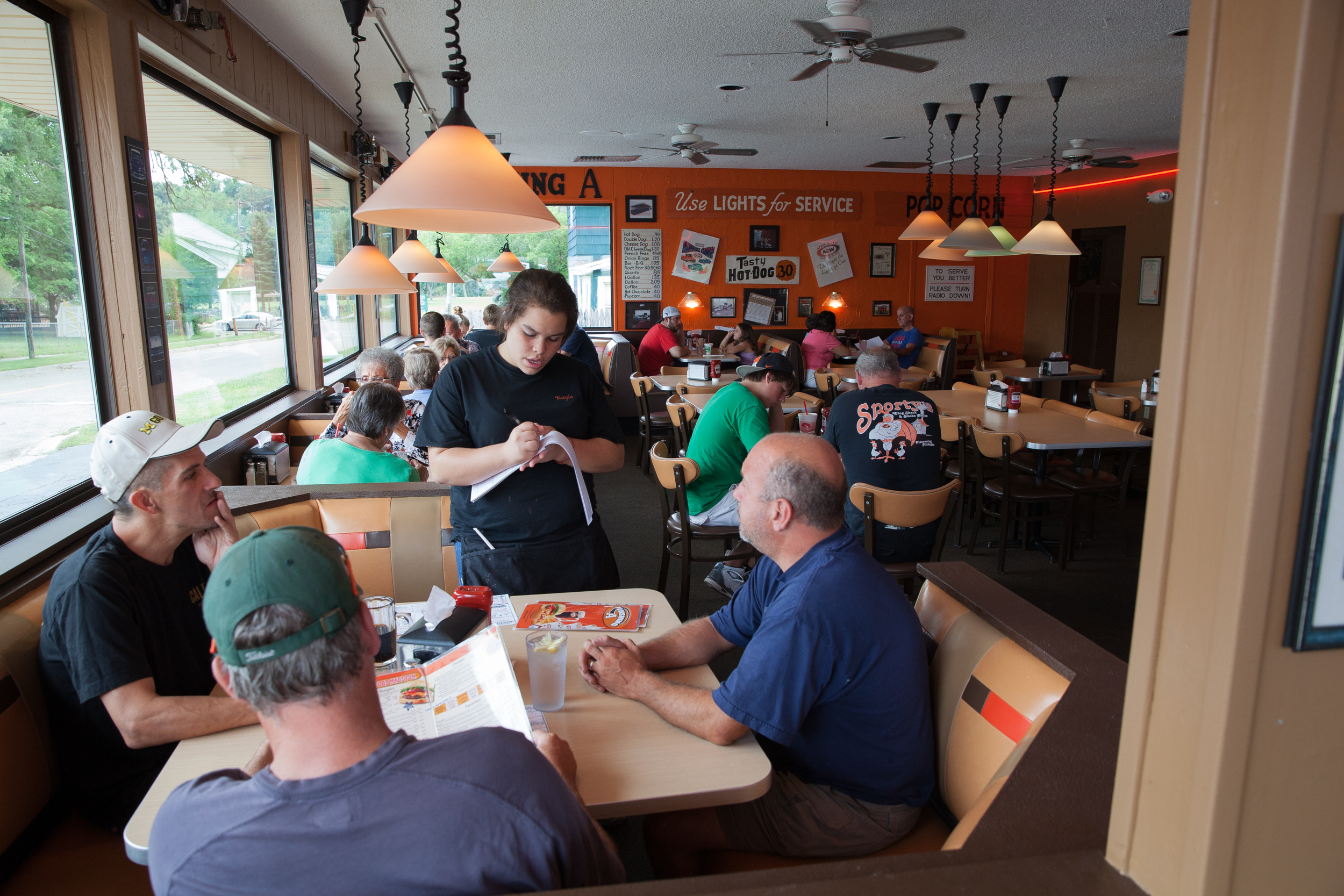 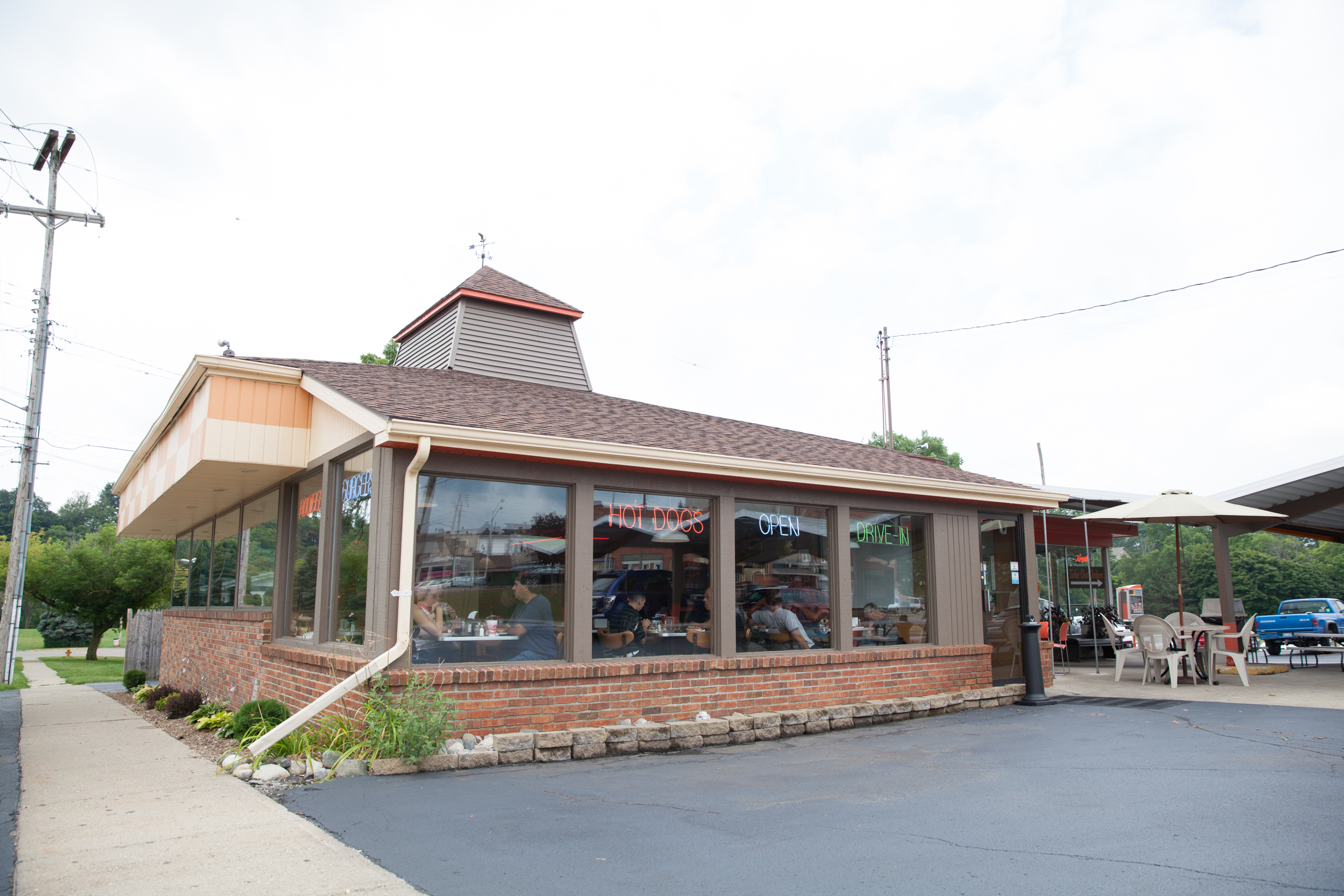 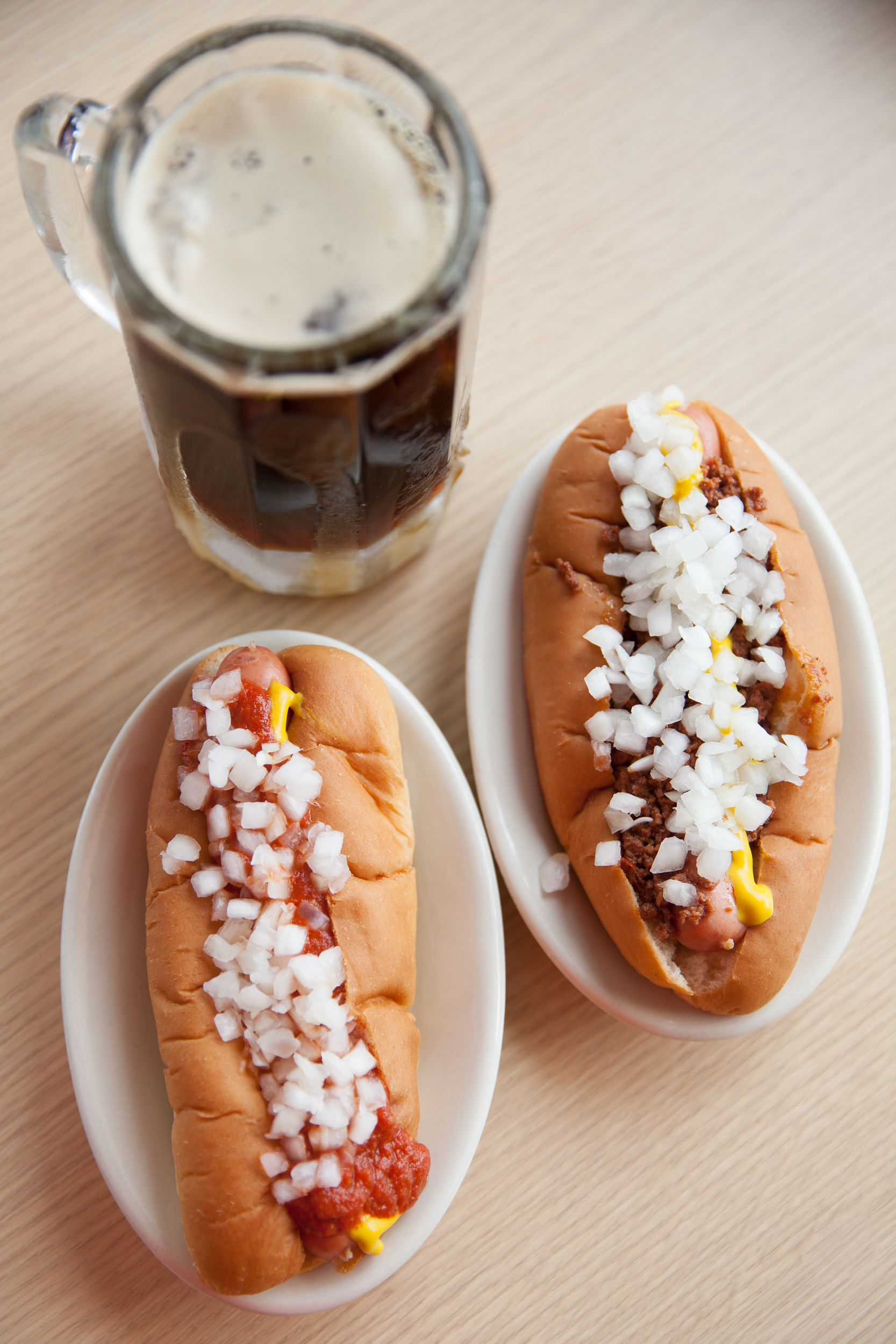 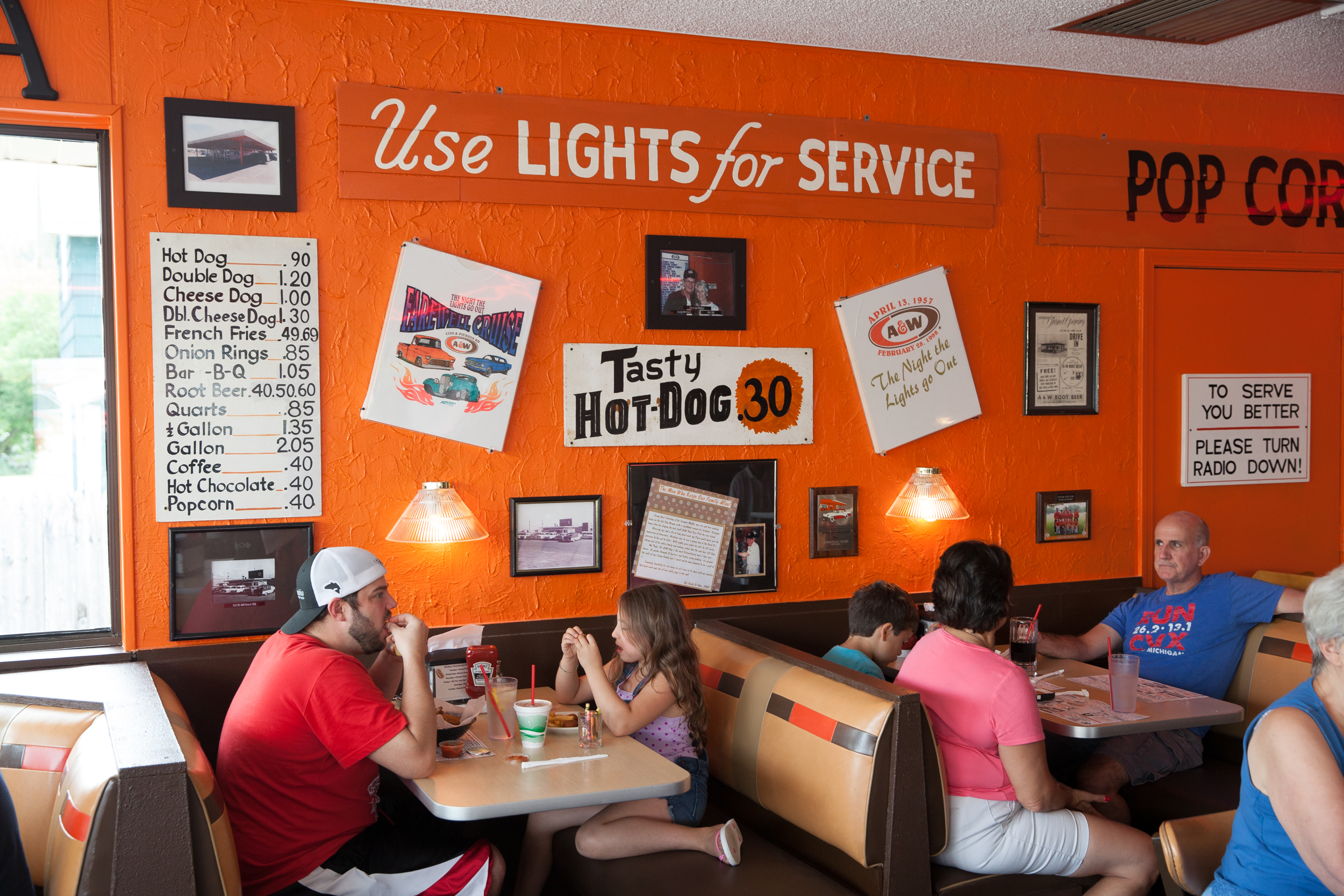 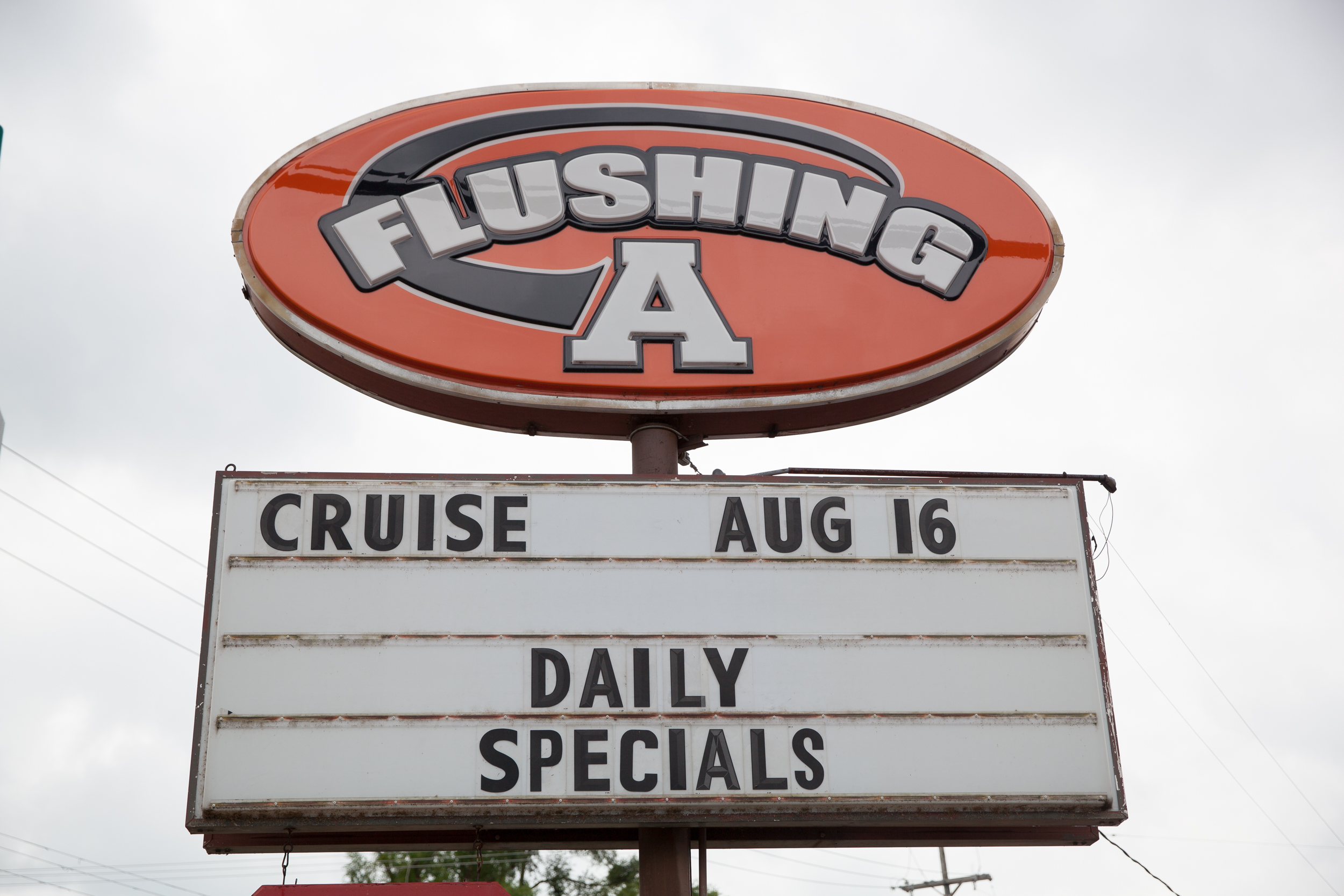 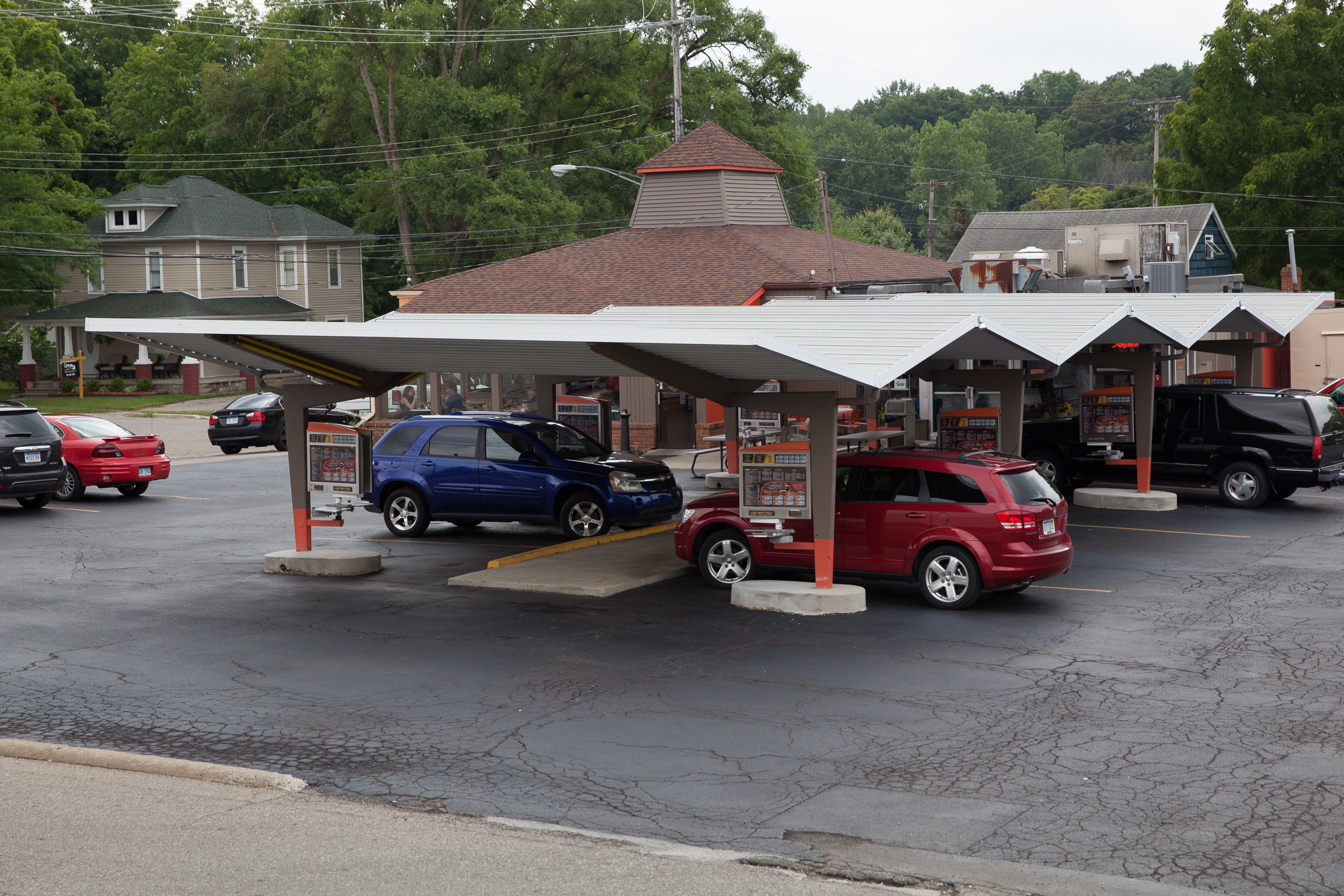 What diners love about Flushing A are the hot dogs and Coneys – and the key ingredient is their Famous Red Sauce, made from a secret family recipe Larry obtained from Herb Herdrich, the previous owner of the Clio Road A&W. “Herb told me to never give that recipe away. He said, ‘Promise me with a handshake,’ and I did. I never told anyone,” laughs Larry. Flushing A also serves burgers made from fresh, never frozen meat. “We get a lot of compliments on our burgers,” boasts Scott, who adds that the great taste may have something to do with the food suppliers. “We buy almost everything locally,” says Scott. Abbott’s provides the beef, the dogs are from Koegel, and the buns and bread are purchased from a local company, Mr. Bread. “If you make your living in this town, you need to support other local businesses,” Larry insists.

The fare is simple at Flushing A. Burgers include the Big A Classic – two beef patties topped with Swiss and American cheeses, two strips of bacon, lettuce, tomato, fried onions and a special sauce. Also on the menu are a variety of sandwiches, salads and fish ‘n’ chips dinners. “Every Tuesday is Coney Day,” says Scott, “and every Friday is all-you-can-eat Fish ‘n’ Chips Day.” Root beer is made fresh daily on the premises and served in frosted mugs. No meal at The A would be complete without something sweet, and the dessert selection offers chillers, floats, malts, shakes, smoothies, slushies, cones, sundaes and 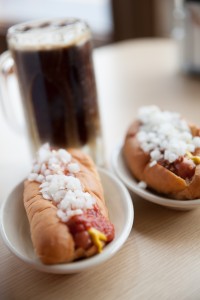 The A has a 35-member staff, many of whom are longtime employees. One of the managers started as a carhop when she was just 14 years old. “She grew up here!” exclaims Scott. Scott himself began working at the Clio Road restaurant when he was just 12 years old, mopping floors, doing dishes and boxing popcorn. Today, Scott’s son Todd continues the family tradition, working at The A with his father.

Serving fresh food in a friendly atmosphere – or in your car – this beloved establishment has entered the annals of Flushing history! Scott agrees, saying, “It’s hometown food made fun!” ♦