Some young adults like to hang out with friends at the lake before heading off to college, and some enjoy playing video games and just relaxing. What’s fun to Max Harrison, a Grand Blanc High School grad who will be a freshman at Eastern Michigan University this year, is spending time at libraries and museums, finishing up research for a reference book he is writing. The subject: old, one- and two-room school houses in Genesee County. He has always loved history and will major in history and math at EMU. “Math is the ‘fall back,’” he laughs. “I really want to be a college history professor. I can see myself doing that for the rest of my life.” 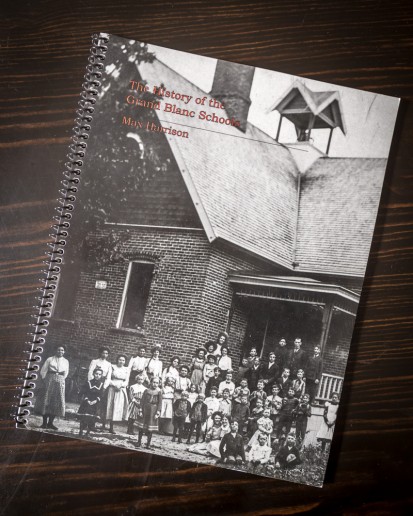 This isn’t the first book Harrison has researched and written; he published a reference book on the history of Grand Blanc Schools, now in its second printing. When he was in the ninth grade, he was talking to his cross-country coach after practice and the coach asked him if he was familiar with the Perry Building (which is now Perry Center), explaining that it was originally a high school. “This piqued my interest,” says the young scholar. He wanted to learn more about Grand Blanc Schools, which never had a documented history.

He would ride his bike to the Grand Blanc Museum to do his research. “I was at the museum so much that I became a member,” he shares. The Grand Blanc Schools Advisory Council awarded him a grant to help get the book published, and the museum agreed to publish it. It took him over two years to complete The History of Grand Blanc Schools, which is currently sold at the museum. “It just floored people that I did it for fun,” says Harrison. “But it was something I loved doing.” His former classmates referred to him as “the kid who knows everything about Grand Blanc Schools.” 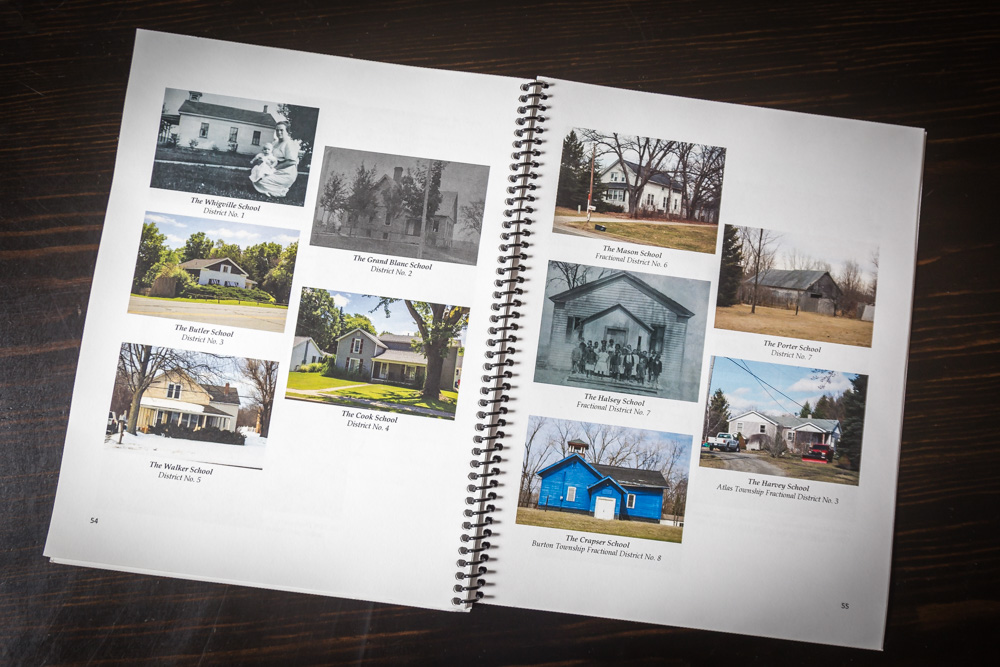 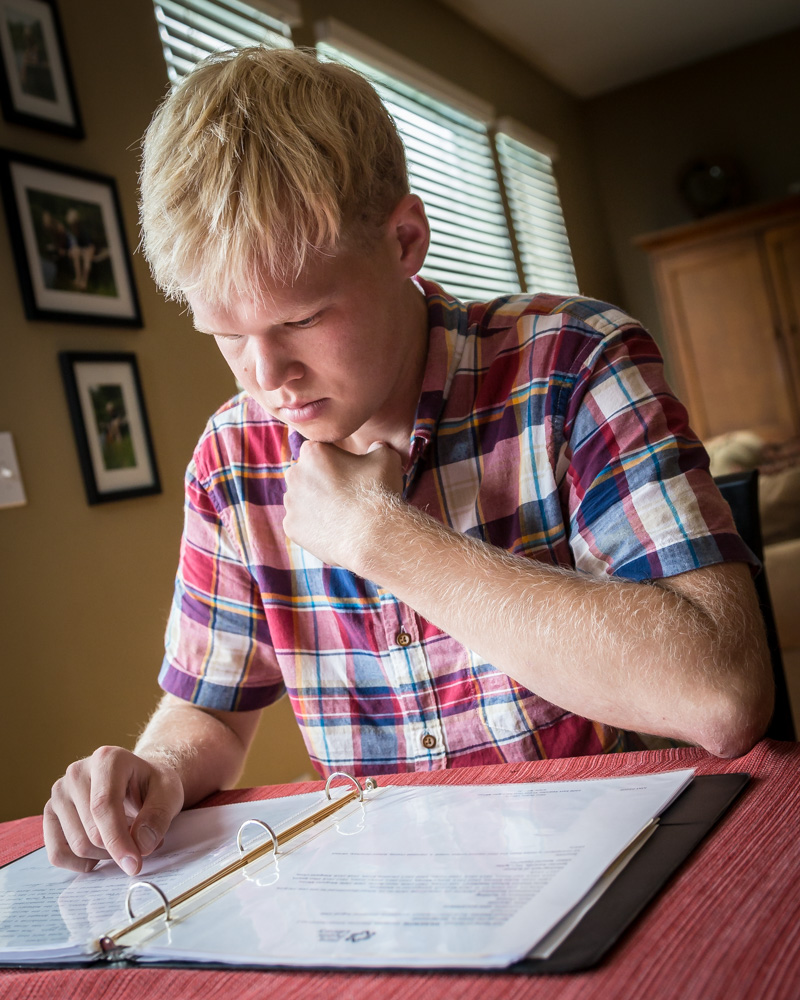 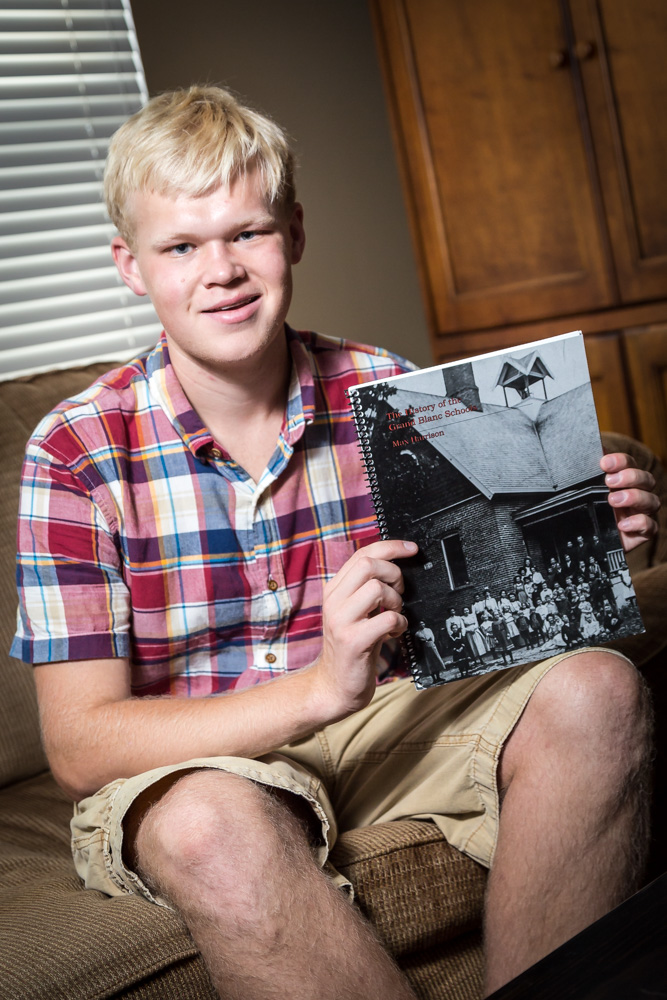 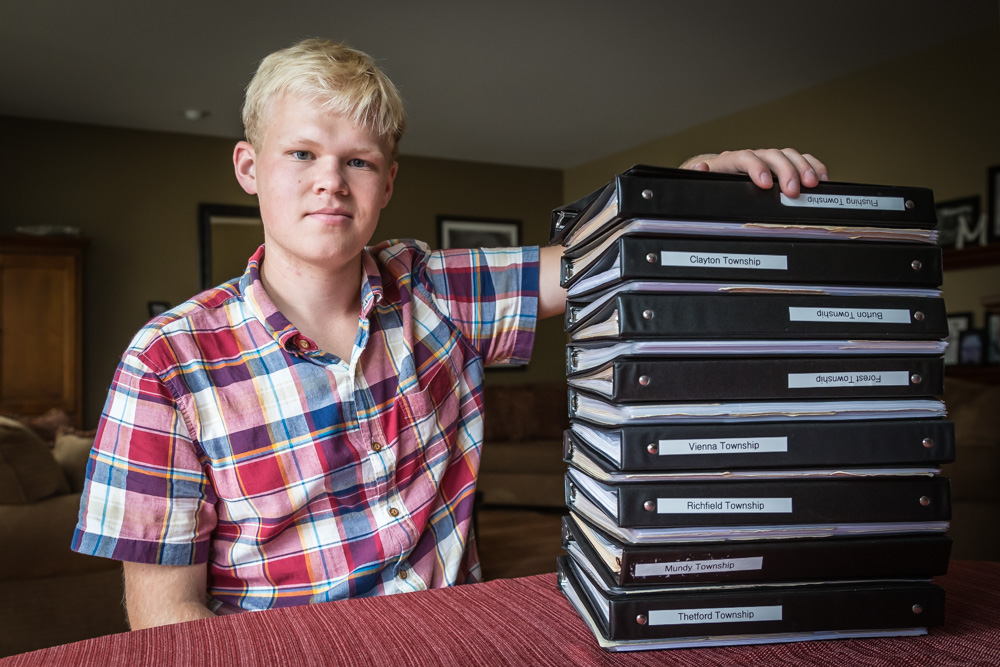 Harrison spent his summer organizing data and finishing the research for his current book, The Schools of Genesee County. His goal was to find the location of every old school house in every township in Genesee County. “There are 170 one- and two-room school houses still standing,” he notes. “And there are 18 townships.” He took “road trips” to photograph the schools, and spent hours and hours in Lansing perusing school inspector reports. “It was a wealth of information,” he adds. Having visited every museum in Genesee County, he carried a portable scanner, and was even given access to information on the schools. He was intrigued by the evolution of education and schools in Michigan over the years.

Harrison believes that history is important, referring to the quote: “Those who cannot remember the past are doomed to repeat it.”

“History is so important, because it provides a connection to our past and a window into the lives of our grandparents and great-grandparents, so we can understand how they lived,” he explains. Harrison now has most of the data and research organized, and plans to write during his free time at school (after homework, of course!) while working as a night watch guard. The history of each school will be categorized by the township in which it was located. “I am most proud that I figured out where they were built,” he smiles, adding that each school has its own unique story. “This is the only record of it,” he says. “Memories of the schools are fading away, and I think it would be a crime to let that happen.”