During the past decade, Kearsley High School has earned a well-deserved reputation for being one of the state’s most fiercely competitive girls bowling programs.

When the Hornets appear on the schedule, opposing teams and their coaches know they are in for a challenging day.

Not many have found a way to conquer them in dual-matches. Kearsley’s 132-13 record (through February 14) in coach Rob Ploof’s 13 seasons is evidence of that, and the Hornets have not dropped a Flint Metro Bowling Conference match since January of 2009.

While impressive, those are hardly the program’s most noteworthy accomplishments. Kearsley is seeking a fifth consecutive Division 2 state championship this month and sixth championship in the past seven seasons. No other team in any division has won more than three straight state titles. The Hornets, first in the latest state rankings, are also chasing a sixth regional crown in seven years and clinched a ninth straight league championship last month.

“We sit at the top of the rankings again, but with that comes a big target on our backs,” said Ploof, who took over the program in fall of 2005. “We didn’t graduate anybody from last year’s state-title team, so these girls are experienced, have improved since last year, and keep cool under pressure. They seem to be at their best when in danger of losing a match and know how to turn it on to avoid losing.”

That knack for performing better in challenging situations can be attributed, at least in part, to the fact that the Hornets hate losing to each other. Their practices at B’s Bowling Center tend to be nearly as competitive as its matches. 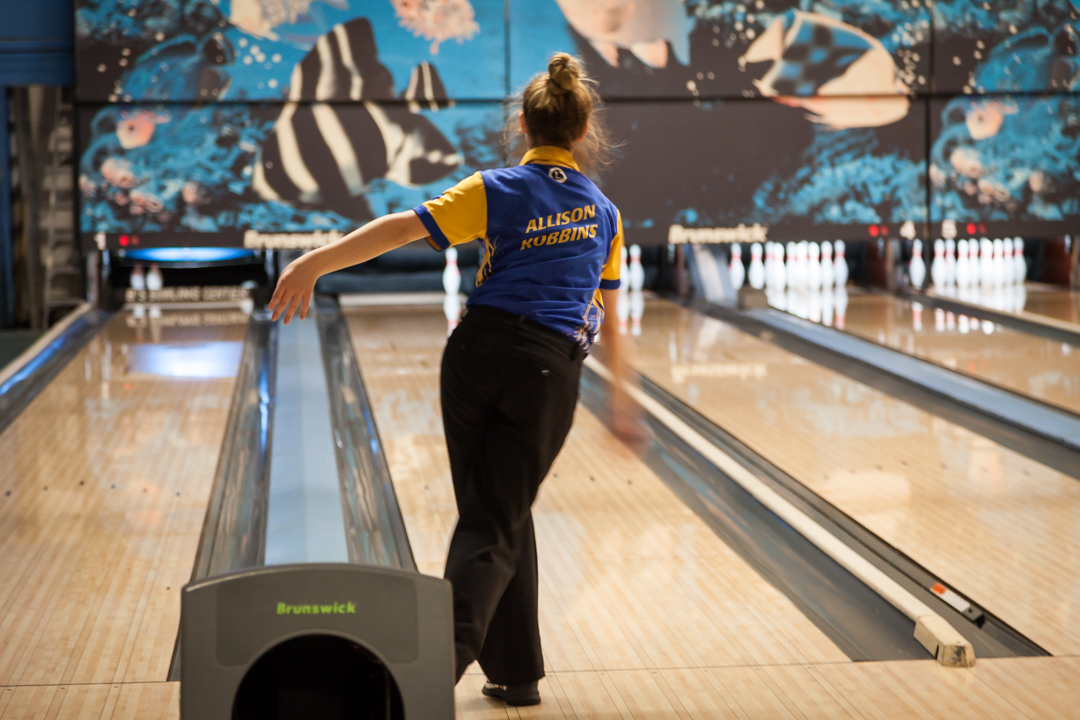 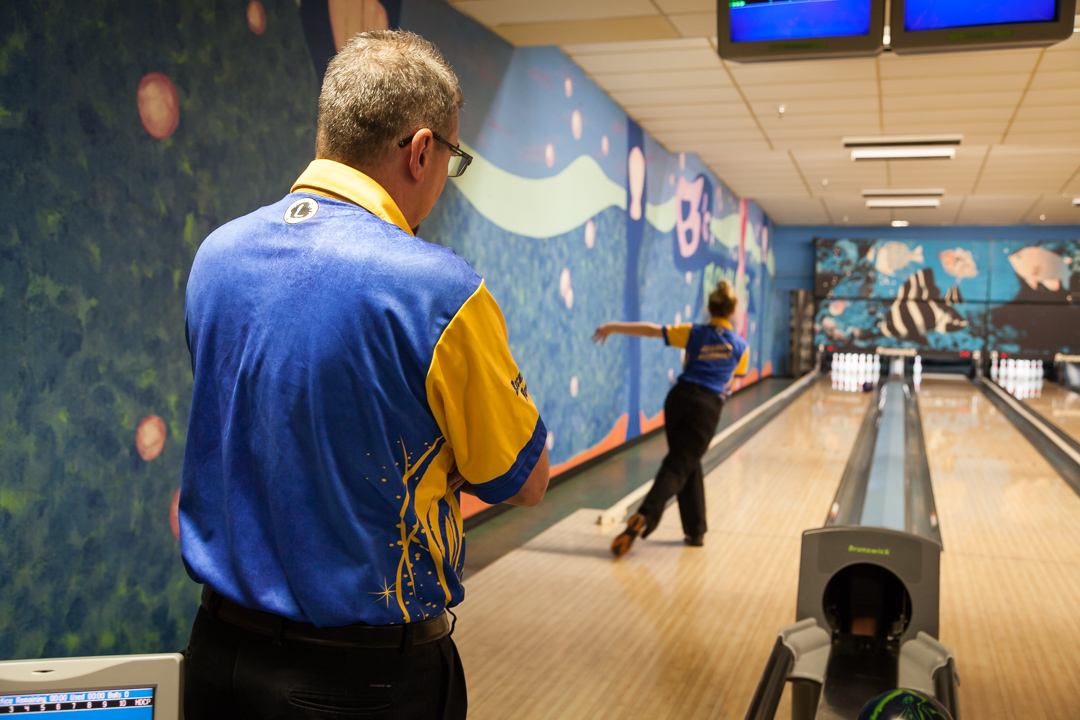 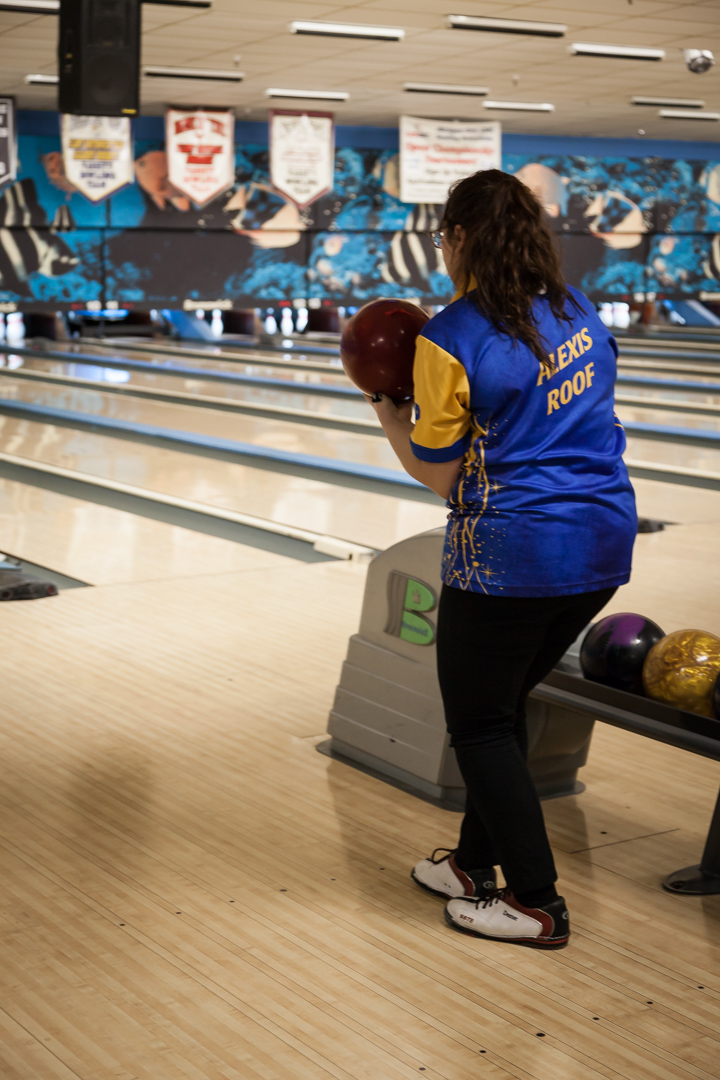 “Oh, yeah – everyone is trying to beat each other,’’ says Imari Blond, the only freshman in the state, boy or girl, named first-team All-State last year. “We challenge each other and love that competition with teammates. It’s one of the ways we can all get better.”

Another reason for the intense internal competition is that varsity roster spots are always on the line. For all his success with the program, Ploof employs a rather simple approach to determining the varsity lineup.

In fact, he leaves it up to the girls.

“They decide who fills the seven varsity spots, not me,” Ploof says. “Before each match, the girls with the top seven averages bowl for the varsity. It’s strictly a numbers game, and I think they appreciate that because they always know there they stand.”

The program appears stronger than ever this season. The Hornets finished 16-0 in dual-matches, breezed to another conference tournament title and, among other highlights, won the Baker’s Dozen Tournament at Bay City Western, knocking off ranked teams Davison (5th in Division 1), Owosso (3rd, Division 2) and Alma (1st, Division 3).

As of mid-February, no team in the state in any division had posted a higher team score in a match than the Hornets’ 1,141.

“We’ve all improved so much over last year, because we do a lot of practices outside of our team stuff and in the offseason,” Blond says. “Last year, we were good – but this year, we are crazy good.”

Roof, Boychuk and Wheeler contributed to Kearsley’s final score in the 2016 state-title match, as well.

Hawes was the only girl in the state (as of February 14) to roll a 300 game in high school competition this season, achieving perfection at the league tournament.

“Returning the entire varsity lineup from last year was big for us; but also, the number of other girls who have challenged them this year has really boosted the program, overall,” Ploof says.

Kearsley displayed its depth when Blond missed the first month of the season after breaking her bowling hand less than a week prior to the season-opener. Robbins seamlessly filled the void. Blond has been rounding into form nicely since her return. She won a singles tournament in Bay City in February, easily defeating Essexville-Garber’s Kendyl Hofmeister, 234-170.

“I fell down the stairs and broke my hand on my birthday (November 28),” Blond recalls. “That was very tough, because I’d never broken anything before or missed any bowling time. I was depressed for a while, but my mom (Duwanna Ragland) helped me through it, and I started to regain strength in my hand.”

Encouraged by her mother and older siblings, Quinton and Quinisha Burnett, Blond started bowling at age four. “They taught me everything about bowling,” she says. “I did not have any coaching until middle school.” Blond’s siblings both bowled for Carman-Ainsworth and Indiana Tech University. Quinisha is mentoring her younger sister again, after becoming Ploof’s assistant this season.

“Before Imari even bowled a high school match, I was guessing how many total (team and individual) state titles she might win,” Ploof says. “She puts in the work and tests herself in offseason events. I named her captain last year, because she has great leadership skills and lifts everybody up.” 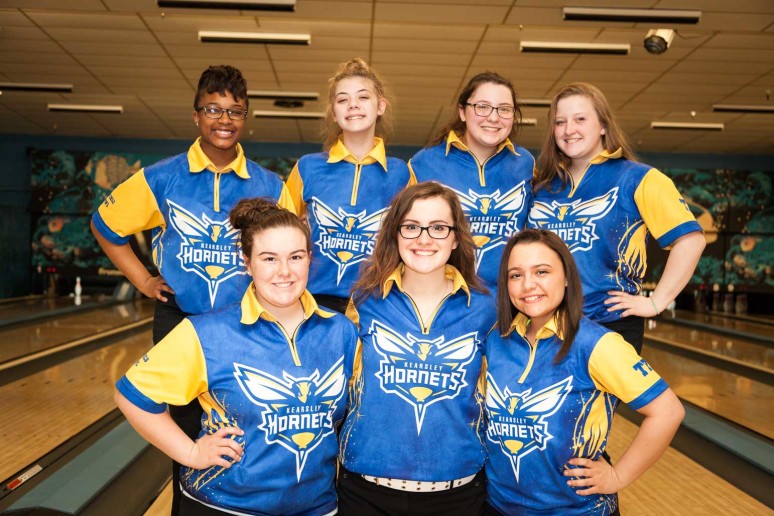 The Division 2 team and individual state tournaments are March 2-3 at Super Bowl in Canton.

“The girls have been bowling great all year throughout the lineup, but you have to be on your game that one particular day and be ready for anything,” Ploof said.

Added Blond: “The most important thing that day will be our team chemistry – everybody doing all they can to help the team, not themselves, and keep everybody motivated.”

Ploof, a 1986 Kearsley graduate, has bowled since grade school and met wife, Pam, through the sport. He entertained thoughts of coaching, but wanted to wait until oldest daughter, Lindsey, reached high school.

His opportunity came much earlier.

In the summer of 2005, Flint Metro Bowling Conference Commissioner, Debbie Alexander, informed Ploof that her husband, Bob, was stepping down as Kearsley’s coach and offered him the job. Ploof said he wanted to wait, because Lindsey was only in sixth grade, but Alexander reminded him a coaching opportunity might not be available then. 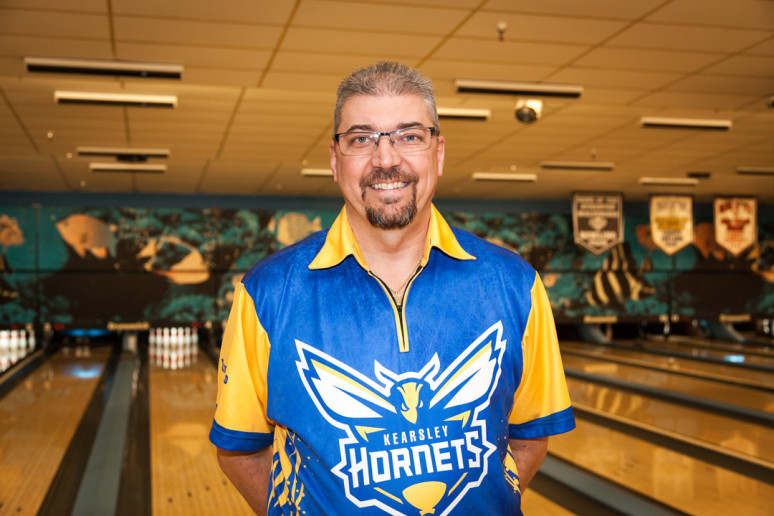 “We sit at the top of the rankings again, but
with that comes a big target on our backs.”
Coach Rob Ploof

Ploof took the job and the program took off.

“Our success starts with Rob’s dedication to the program and the kids,” Kearsley Athletic Director Paul Gaudard said. “He never shies away from taking on something additional if it benefits the program, whether it’s an extra fundraiser or hosting a tournament. Rob is also a great ambassador for the sport. He’s active in the coaches association and always willing to mentor younger coaches.”

“Our success has much to do with the great assistants and junior varsity coaches we’ve had, including my wife, and how involved the parents have been,” Ploof says. “They’ve been incredible at fundraising – we raised $700 my first year and about $15,000 last year. We developed enough interest to have a deep varsity team and large junior varsity teams, and our middle school coaches do a great job of preparing kids for high school. They come to me well-prepared.”

They arrive well-prepared … and ready to dominate the competition.