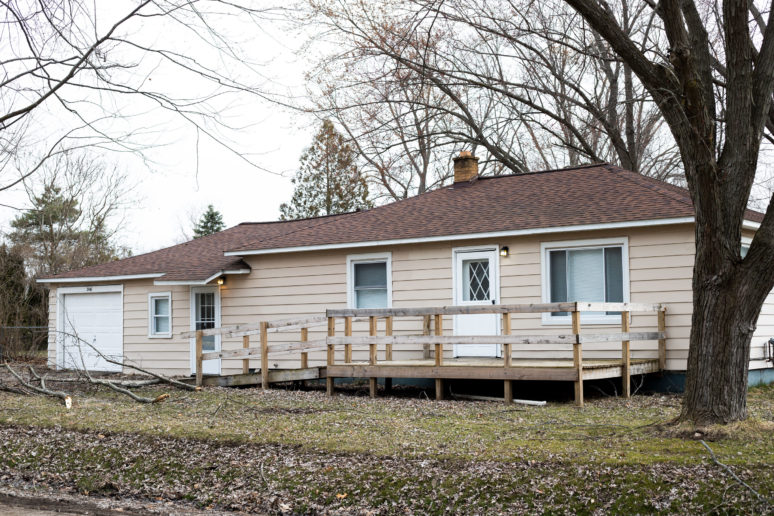 The show’s focus is the day-to-day
business of renting in Flint.

When Nadeem Gebrael of Gebrael Management, a Flint rental property management company, took a call from Jack Galvin of Nationwide Property Partners, Inc., he had no idea what was ahead. Galvin was thinking about investing in the affordable and growing Flint area. “Jack has properties in Las Vegas and he heard that there was nowhere in the United States with better investment opportunities than Flint,” says Gebrael. “He immediately flew in to meet with me and we built a strong relationship.” Galvin recalls, “Nadeem was very kind on the phone and I felt that he was someone that we could work with. I dropped everything and flew to Flint to meet with him and see the city. I learned about his business. Gebrael Management is very family-focused and treats its renters and clients with respect. I invested in the city and Gebrael without a second thought.”

As their friendship continued and strengthened, Galvin had an idea to create a TV show about the business side of rental properties, what renters and managers encounter on a daily basis. Mostly, he would love to showcase mid-American families. “Middle America has been lost for so long,” Galvin says. “We want to highlight the families that are working hard every day. That’s the story. 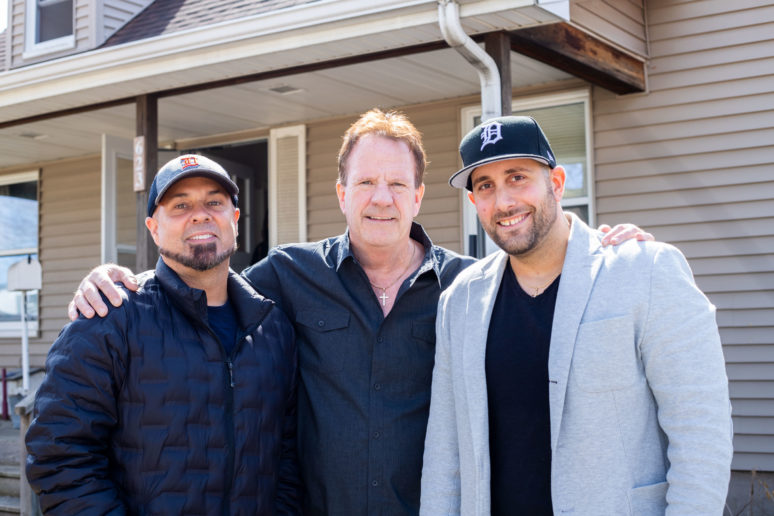 I knew Flint would be the perfect place.” He brought his idea to Gebrael, who was skeptical at first. “I was hesitant because of all of the work that went along with it, and worried about how the show would affect our image,” explains Gebrael. “We’re not trying to make money off the city or its people. We simply decided that it would be a great thing for Flint and that we could make it work. I told Jack that we would partner with him.”

Galvin flew to Flint with a camera crew in tow. The “Just Renting” pilot was shot in two days and networks are interested in it. “They just needed a little more information,” says Gebrael. “So, we shot another episode and it should be even better than the first. This thing is going to happen.”

“The people here have a strong bond and we want to show that. We want to help change the stigma and bring in more people.”
Nadeem Gebrael

“Just Renting” will not be like every other real estate show. While most shows deal with simply buying, fixing and selling a property (flipping), this show takes it one step further. “Our show explains the inner workings of investing in property, the day-to-day business of it all,” explains Gebrael. “It’s made to showcase the buying and investment part, and then, the management side. We have a few thousand people who live in our houses. Things come up and a little problem can explode in a second. I think it will be interesting to showcase the business itself.” 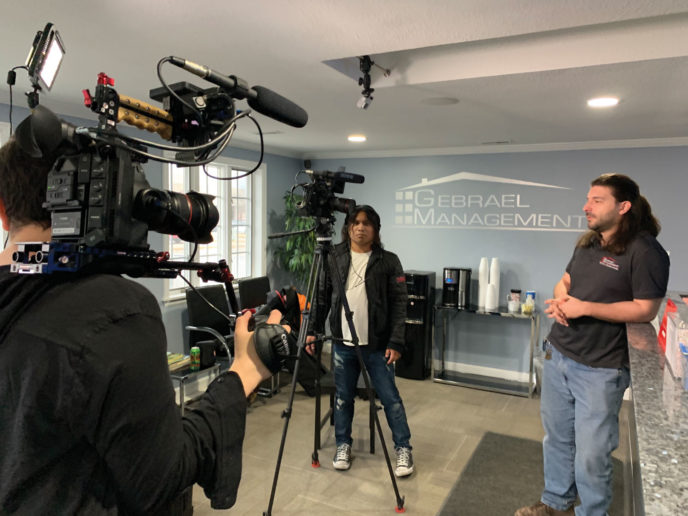 Shooting at the home office

The main focus is the business, but both Gebrael and Galvin have another motive: a new way to shine a positive light on the city. “Flint is a great community,” says Gebrael. “The people here have a strong bond and we want to show that. We want to help change the stigma and bring in more people.” Galvin shares the sentiment. “We will highlight the city in positive ways. Every episode we will feature a new business or attraction. I’ve had two homes recently – Home Depot and Flint,” Galvin says with a laugh. “I’m 100 percent committed to Flint.”

The partners are dedicated to getting the show made, regardless of network help. “If it doesn’t get picked up right away, we’ll just do it ourselves,” says Gebrael. “Flint will have a show. It’s our goal.” Galvin adds, “networks are extremely interested and I have a feeling it will be picked up. Regardless of what happens, we will make the show and if we land a network deal, we will buy a house and give it to a family in need. Since we started, I’ve gotten hundreds of messages from people in Flint telling me that it’s about time the city had something fun – and this is going to be all kinds of fun.”

Visit “Just Renting” on Facebook for pilot clips and to see what the crew has been up to.

Photography By Kayce McClure and Photos provided by rdb publicity