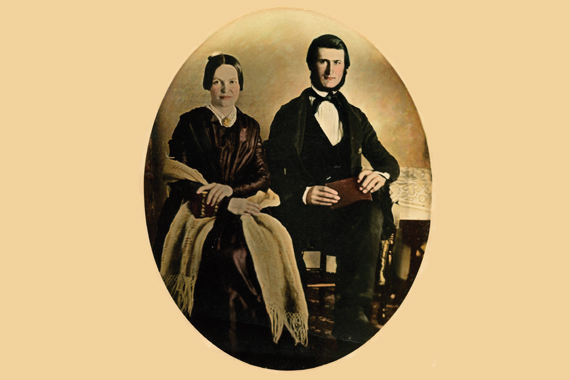 Michigan’s 19th governor was born far from the state in which he spent the majority of his life. Like many early Michigan settlers, he came from New York. Josiah Begole witnessed a number of radical changes in American life during the span of his life, and his political career encapsulates a remarkable, though little-known period in American history.

The first of William and Eleanor Begole’s ten children, Josiah W. Begole grew up without many advantages. His parents had moved to New York from Maryland due to their strong abolitionist beliefs, but frontier living in New York was difficult. Josiah was born in Livingston County, New York in 1815, and like many settlers, attended a log cabin school in his early years, that is, when he wasn’t working on his father’s farm. Unlike many farmers, he had the opportunity to attend high school when Temple Hill Academy was built in Geneseo, New York. At the age of 21, sensing opportunity in the far west – as Michigan was then known – Begole traveled by boat to Toledo, Ohio and from there, walked over 100 miles to Flint, Michigan. As one of Flint’s first settlers, he served in many capacities, including as a school teacher for two years, then as school inspector, and later as Genesee County Treasurer and Justice of the Peace. He married Harriet A. Miles in 1839 and worked diligently on his farm, which grew from a 25-acre plot to 500 acres through his perseverance. While farming was certainly a large part of his life, Begole’s many civic positions are evidence of his involvement in the Flint community as the population exploded. He and Harriet had five children: Mary, William, Frank, Charlie and baby Helen, who died at six months old.

Following the Civil War, Flint’s timber industry experienced a post-war boom; in fact, timber was Flint’s largest industry in the mid-19th century, and Begole became involved in timber production as this industry grew. In 1865, Begole, Fox and Co. Lumber Mills was established, and it ranked among the city’s top lumber dealers in productivity. With a self-made fortune, Begole represented the epitome of the American Dream; there’s more to this gentle-mannered man than a simple rags-to-riches story, however. He endured great sadness, persevered in adversity, and sought to shape the future of his country by becoming involved in political life. 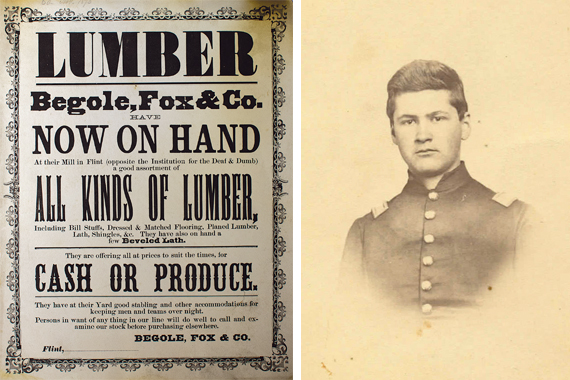 Right: Will Begole died in 1864 from a shoulder wound sustained in the Civil War. His family was heartbroken.

The outbreak of the Civil War in 1861 had a profound effect on the Begoles. Josiah was County Treasurer during the war, and he not only recruited and equipped volunteer soldiers for the front lines, but also took care of widows and families left behind. As one of the first members of the new Republican Party, the Begoles were deeply abolitionist and opposed slavery with fervor. Josiah and Harriet’s oldest son, William, convinced his parents to allow him to enlist in the Union army,
and on August 4, 1862, he became a first sergeant of Company K of the Twenty-third Michigan Infantry. He fought in the Knoxville, Tennessee campaign under Major
General Burnside in 1863, and on June 16, 1864, he was wounded in the shoulder during the Atlanta campaign. He was removed to the Officer’s Hospital on Lookout Mountain in Chattanooga, where Josiah traveled in July when it was learned that Will had developed typhoid fever during his recovery. Family papers indicate that his condition fluctuated for months until finally, on September 13, Harriet was sent a dispatch to “come immediately” to the hospital, along with a pass that allowed her to cross enemy lines. Josiah, being sick himself, traveled home shortly thereafter. On October 15, a friend of the family wrote saying “Will died at 4:45 am. We hardly knew it. Passed away without a struggle.”

The searing loss of his son aged Josiah considerably. It also informed later decisions in his political life, such as his support of the Soldier’s Equalization Bill while he was in Congress, which was designed “to do justice to soldiers who bore the heat and burden of the day,” by compensating them for their service and losses. 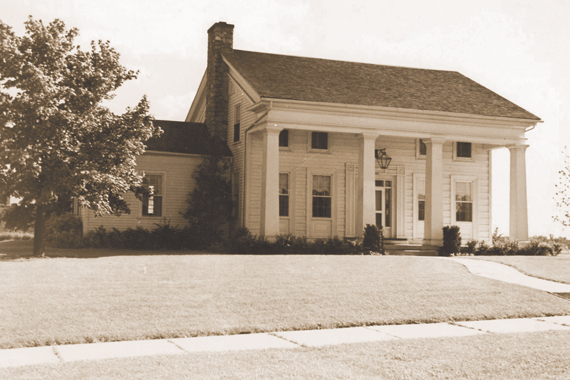 The Begole home, originally located on the corner of Court and Beech Streets, was rumored to have been a stop on the Underground Railroad. The house was moved to Westwood Pkwy. in 1930.

After growing wealthy, Josiah became involved in politics, serving as a State Senator in 1871 and as a delegate to the National Republican Convention held in Philadelphia in 1872, where he voted to nominate Ulysses S. Grant onto the Republican ticket for re-election to the presidency. That same year, he was elected to the U.S. House of Representatives. Illustrative of the changing demographics of the country at that time, Begole was reputedly one of only 17 farmers in Congress, and he served on the agricultural and public expenditure committees. Begole had joined the Republican Party when it was first organized in the 1850s due to his strong abolitionist views; however, his voting record and championed causes two decades later offer a peek into the political debates of the post-war Reconstruction Era, and a third party movement that influence politico-economical practices to this day.

As stated earlier, Begole was a strong Republican and abolitionist in his early years and throughout the Civil War. His nomination of Grant at the National Republican Convention in 1872 is a testament to his views on the reconstruction process taking place in formerly seceded southern states. Unlike former President Andrew Johnson, Grant was using the military to reconstruct the political and social scene in the south in a manner more equitable to newly-freed slaves. Begole clearly agreed with such policies, but there were other issues that would soon rise to the surface and influence his political alliances.

During the Civil War, the Union had issued $450 million worth of paper currency backed not by gold but by federal bonds, due to their need for revenue. “Greenbacks,” as these notes came to be known, circulated alongside gold-backed notes during the war, and the addition of so much currency coupled with a significantly reduced amount of consumer goods led to a protracted period of inflation. With so much cash in circulation, people who owed debts subsequently found it much easier to pay back their loans. Banks and other members of the financial industry wanted to return to the gold standard as quickly as possible, but farmers and other lower-class members felt that the weak currency leveled the playing field against big-time industrialists and banking interests. Although he was wealthy, Begole considered himself a farmer, and his subsequent membership in the Greenback Party movement led to his 1882 gubernatorial campaign on a Greenback & Democratic fusion ticket. He won the election, thereby holding the highest office ever won by a member of the Greenback party, and the only fusion ticket to ever win the Michigan Governor’s seat. 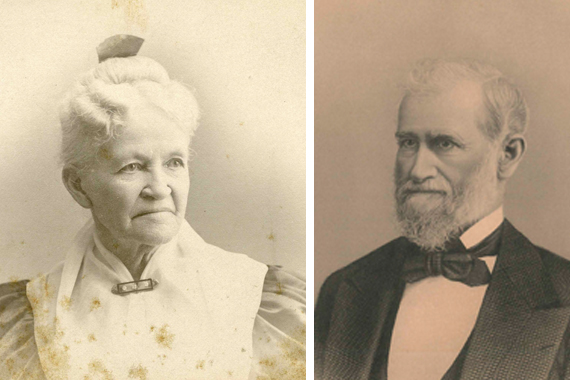 Josiah Begole is also politically interesting because of his support for Women’s Suffrage. He was one of the first members of the Flint Woman’s Suffrage Association in 1870, and was later elected Vice-President of the Michigan Equal Suffrage Association. As governor, he signed into law the municipal suffrage bill, which allowed women to vote in specified local elections.

Universally well-liked, Begole’s lifetime represents a period of history in which the tenor of American life changed dramatically. His early life in Michigan is the tale of the pioneers, while his son’s death in the Civil War humanizes one of the bloodiest conflicts in United States history, and his political career captures a unique moment in American politics. His ability to grow and change with the times is a truer reflection of the American spirit than the fact that he became wealthy and politically successful. In his public address on August 24, 1882, he gave an account of pioneer life in Michigan, and ended with this statement: “May we hope, as one generation passeth away and another cometh, that each succeeding one may attain a higher degree of excellence than its predecessors, and become wiser, better and happier.” Surely this is still a worthy goal, even 131 years later.

 A Governor of Goodwill

A well-known story of Josiah Begole’s kindness comes from the year 1881, when the “Thumb Fires,” as they were called, devastated over 1,000,000 acres of forest in Michigan’s Thumb region. Relief committees were organized, but there were disagreements as to the distribution of funds. Josiah wrote to the relief agent, saying, “Until the differences between the two committees are adjusted and you receive regular supplies from them, draw on me. Let no one suffer while I have money.”